This work was highly mysterious, promising a surprise and suspense. It brought to mind a film set or theatrical scenery. A room resembling a mad doctor’s surgery was plunged into semi-darkness. As if inspired by horror films, it was full of many objects, although not all of them were clearly visible. There was a desk, a couch, some closets with mysterious little bottles. But why was there a portrait on the wall, which looked like a mask? What about the chainsaw and a curl of hair? However, there was no blood or any other indicators that something bad had happened. We were prompted to think so, but the prompt was unclear. The atmosphere, which evoked a feeling of danger and suspense, made us wait for something to happen. 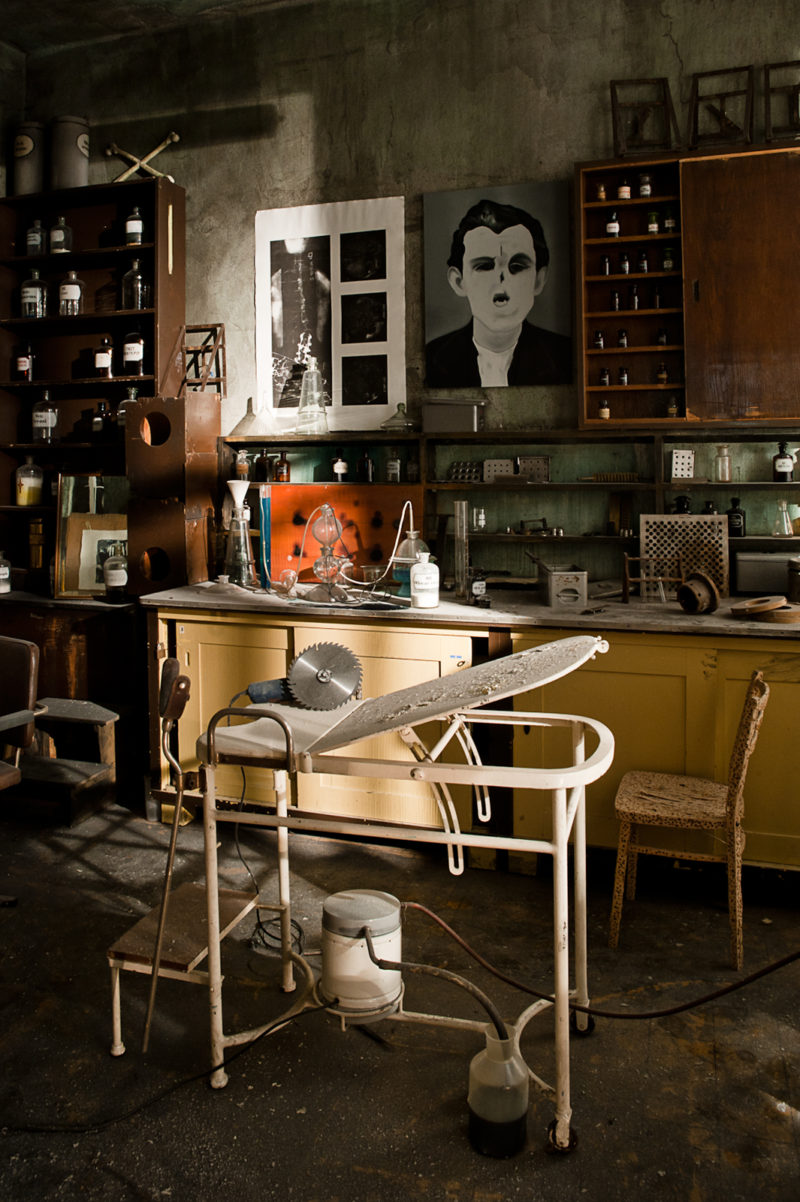 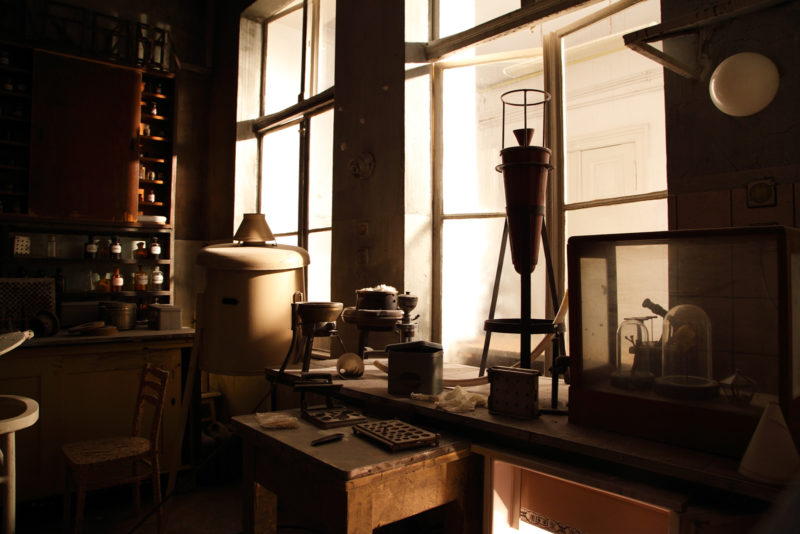 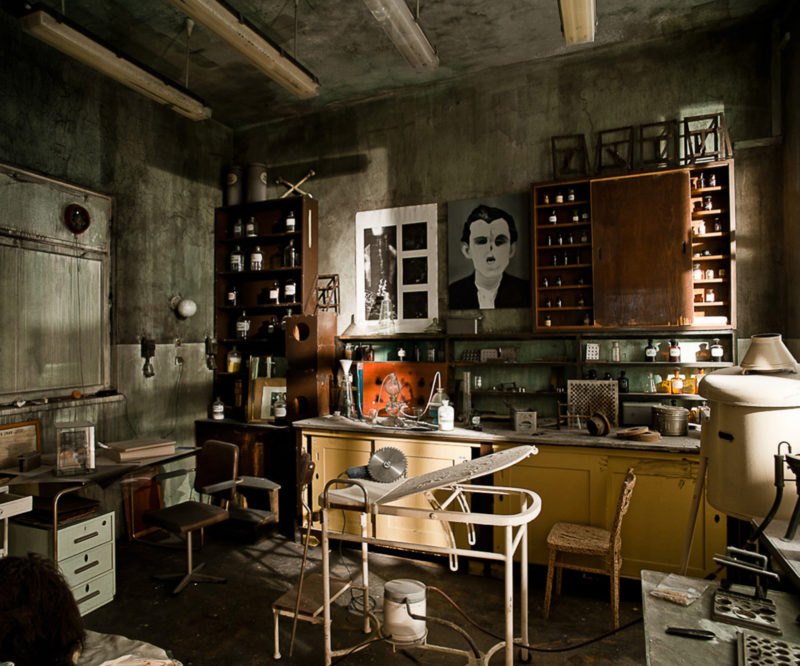 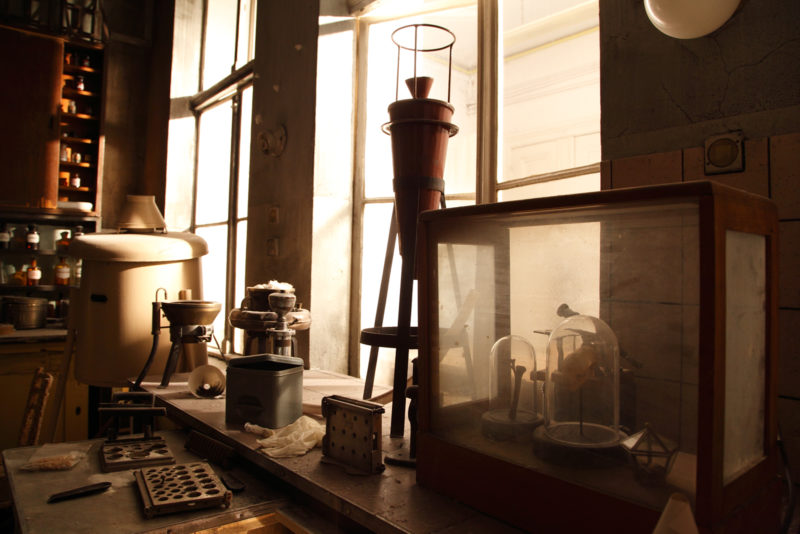 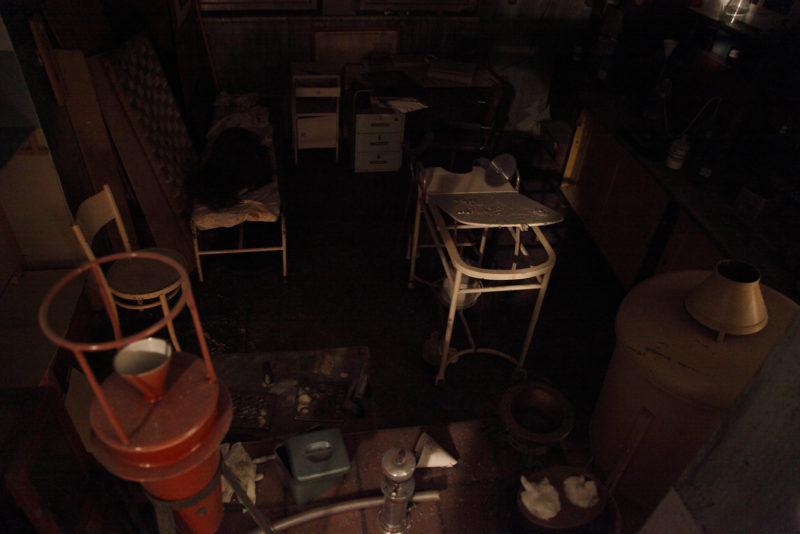 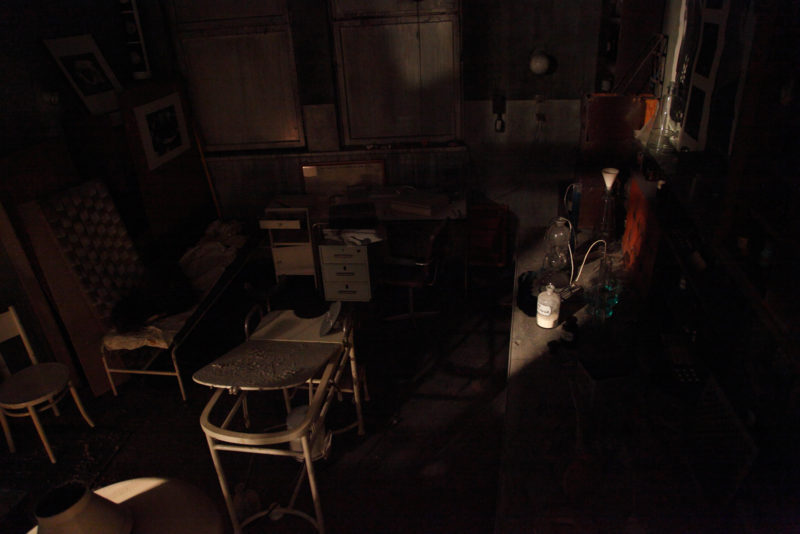 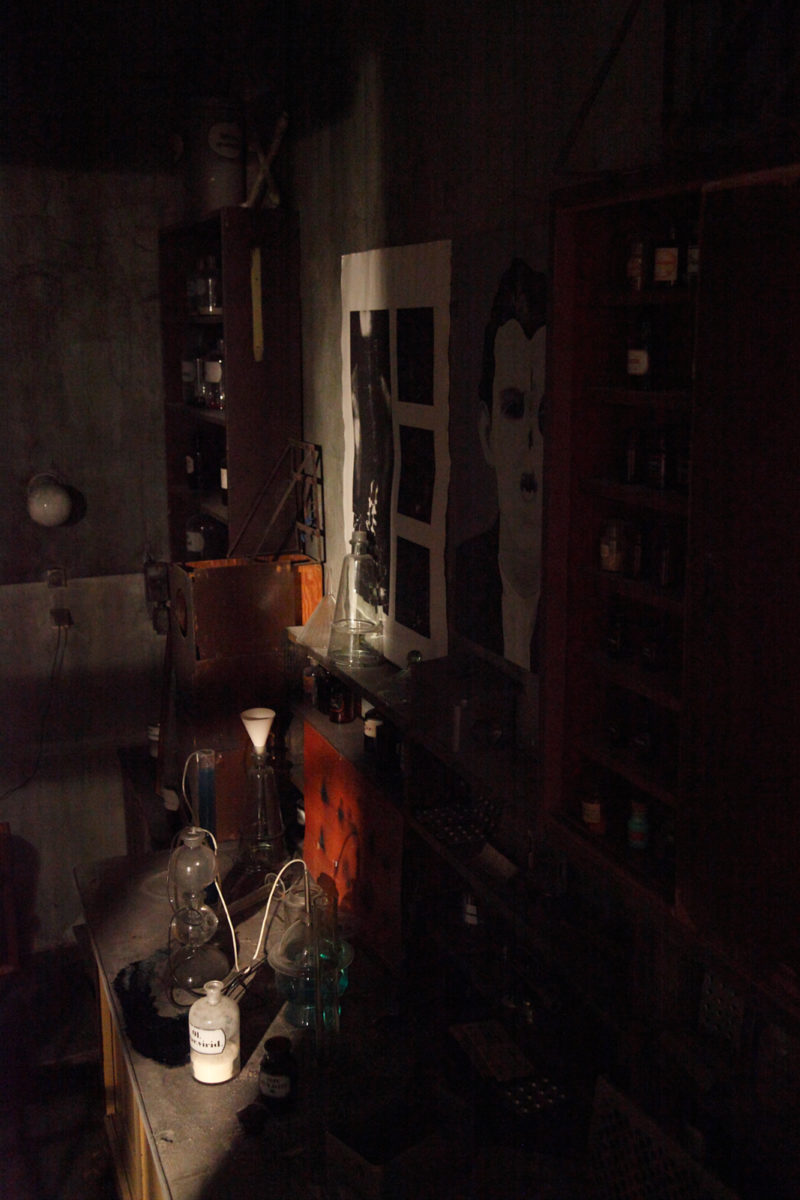 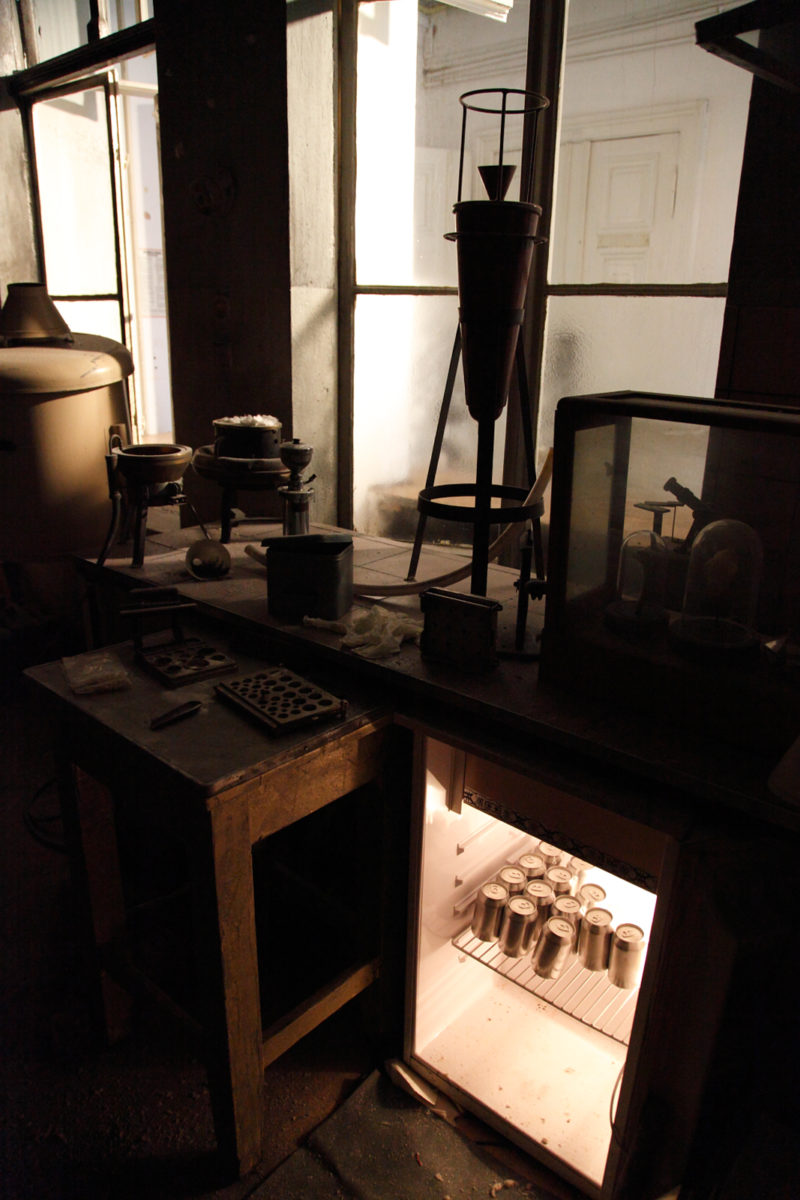 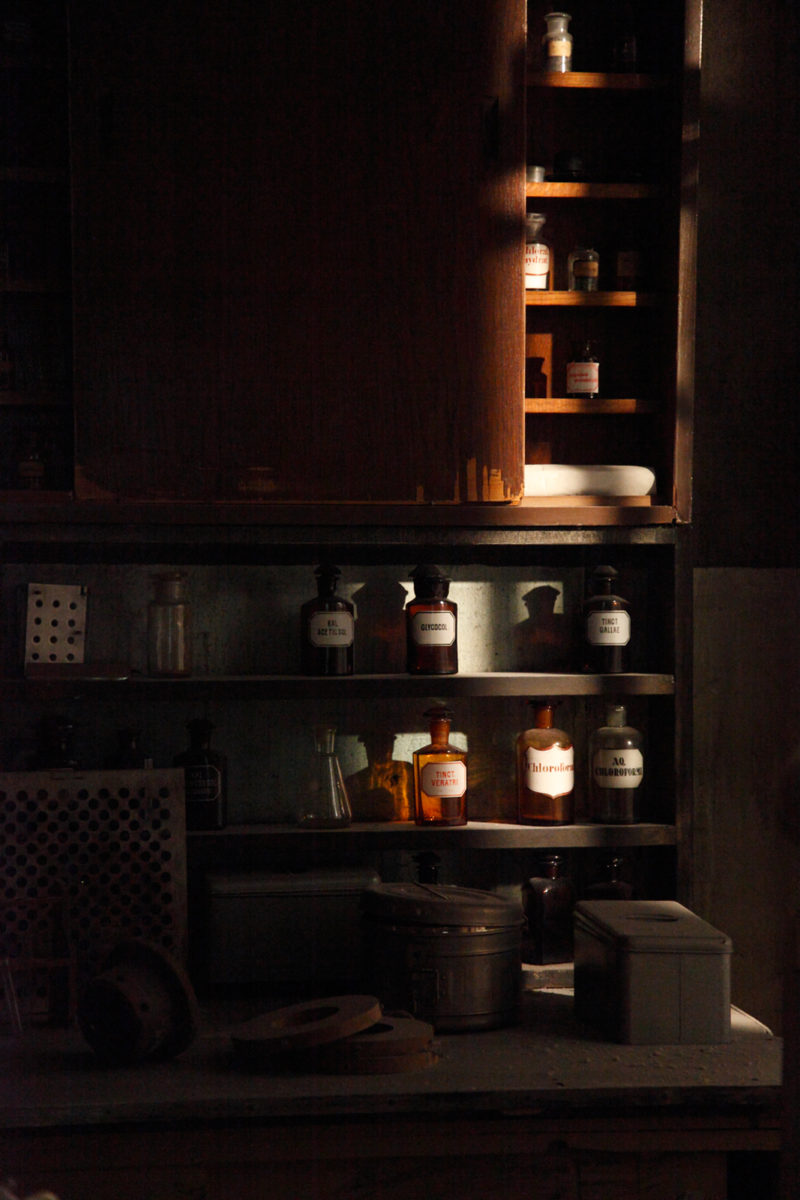 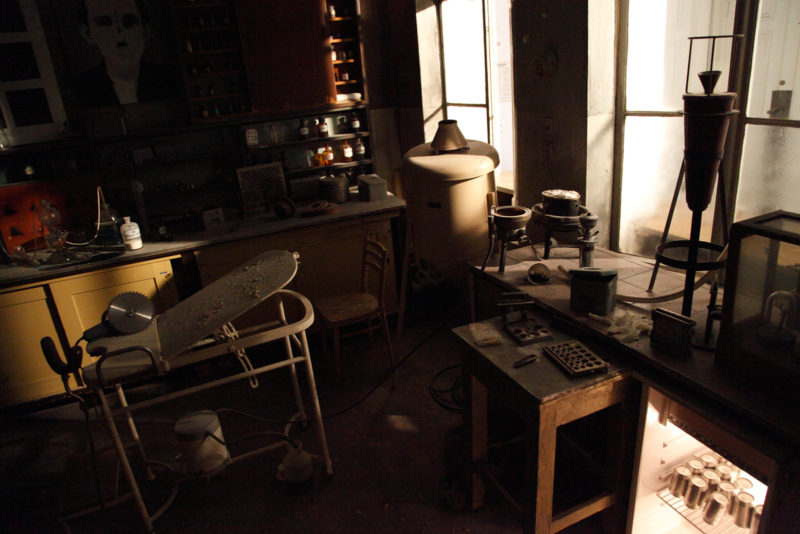 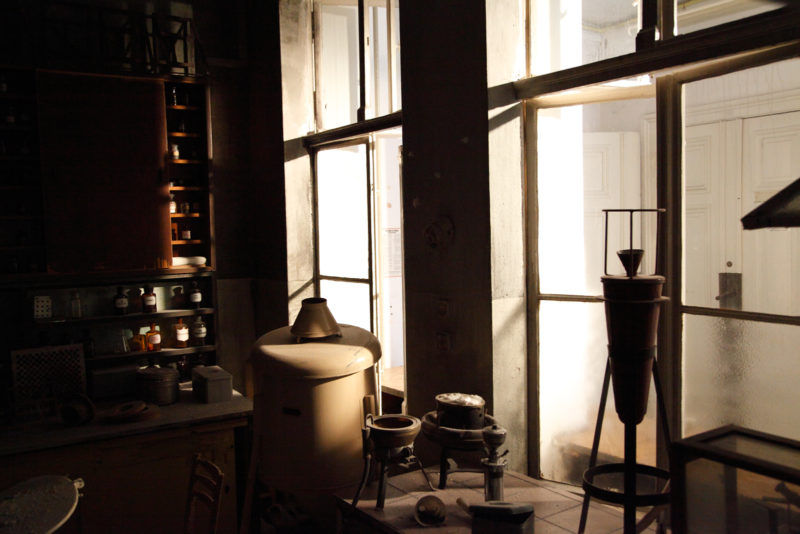 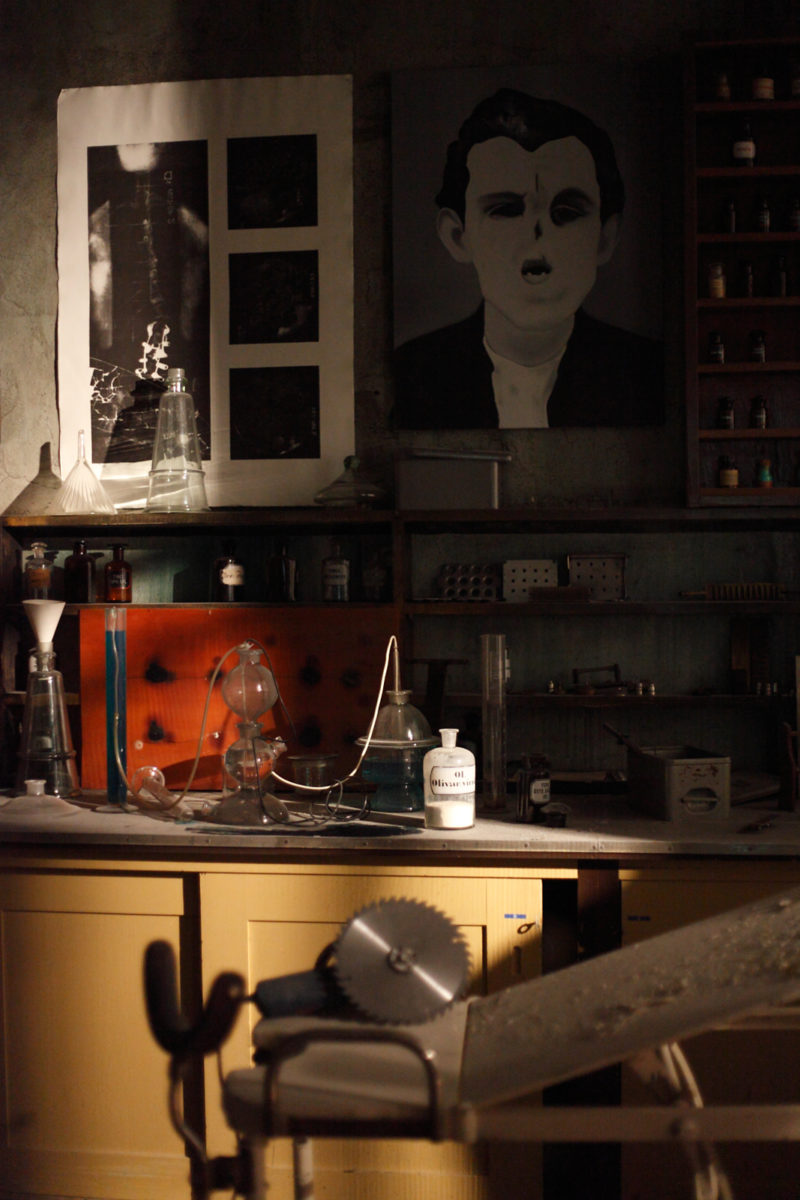 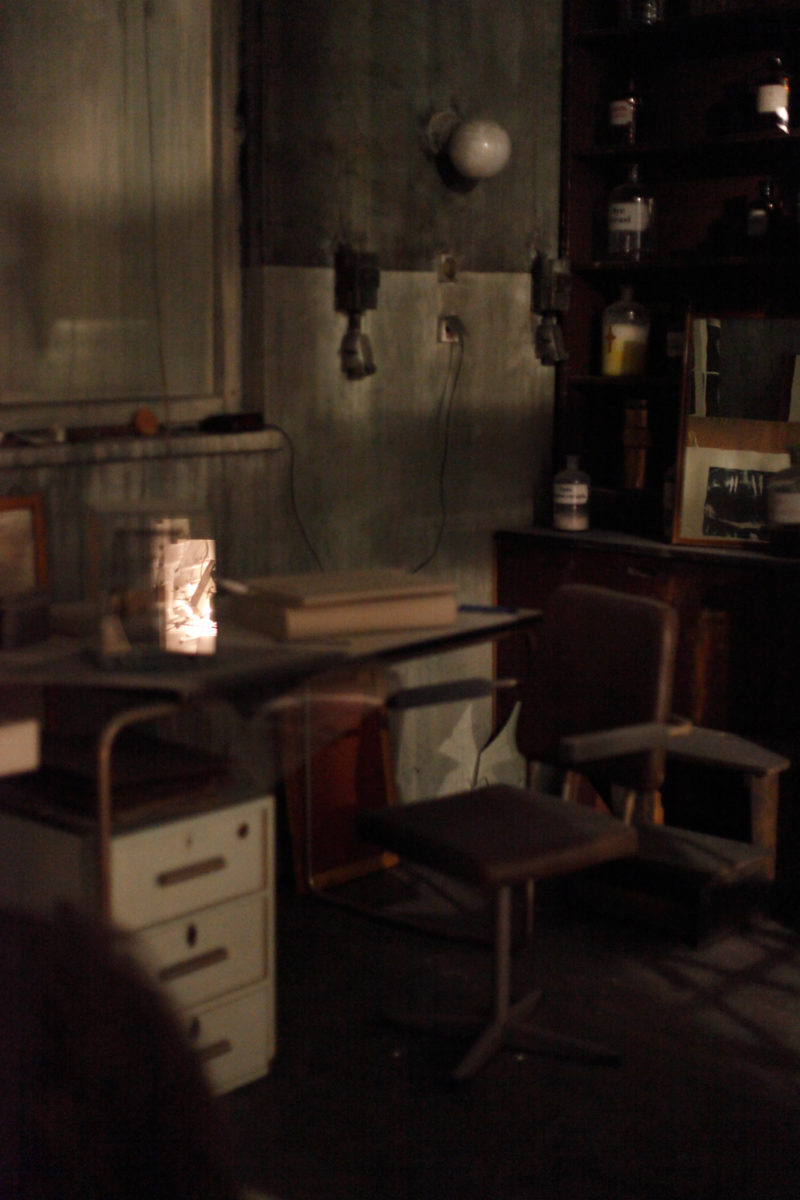 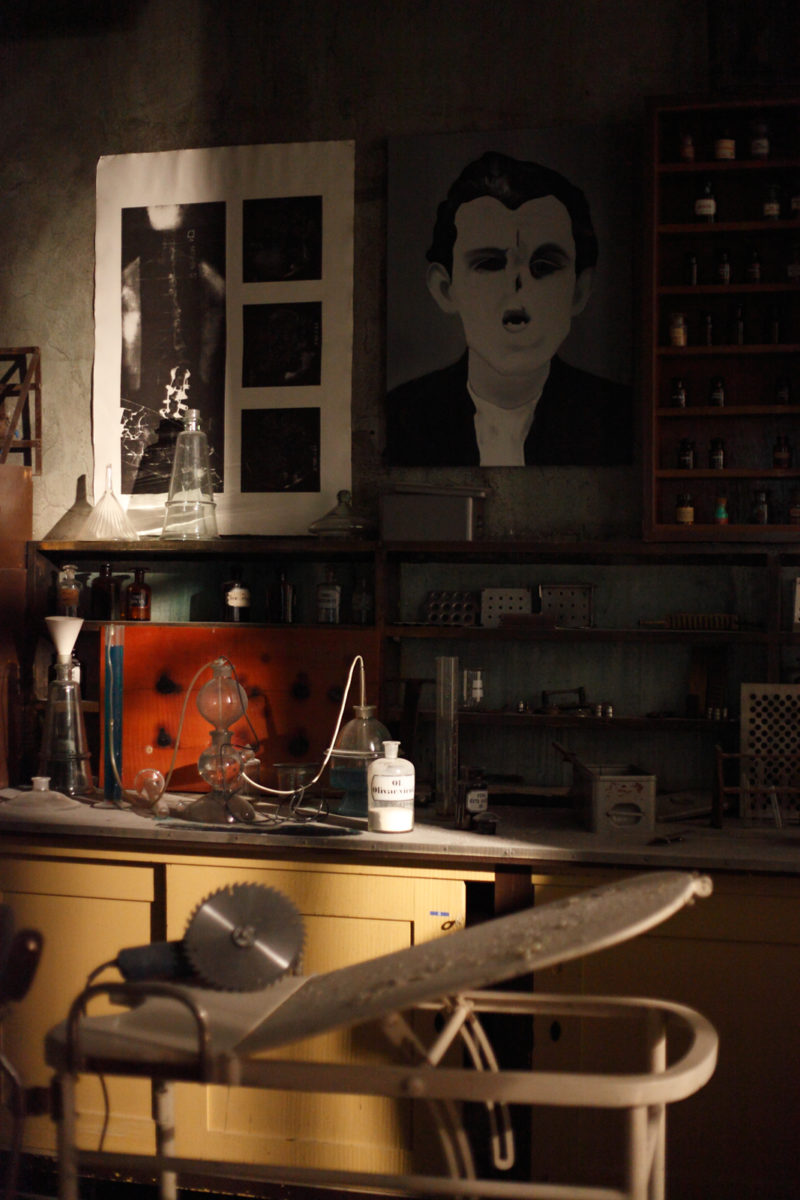 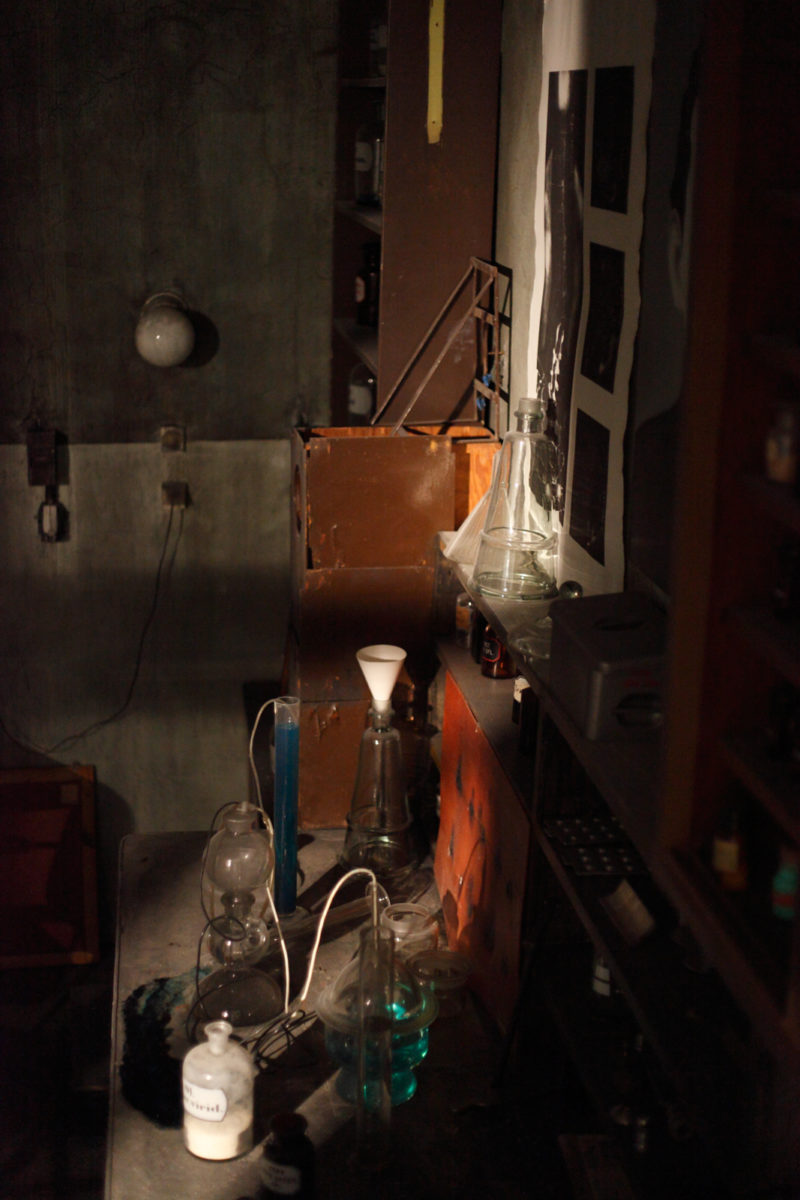 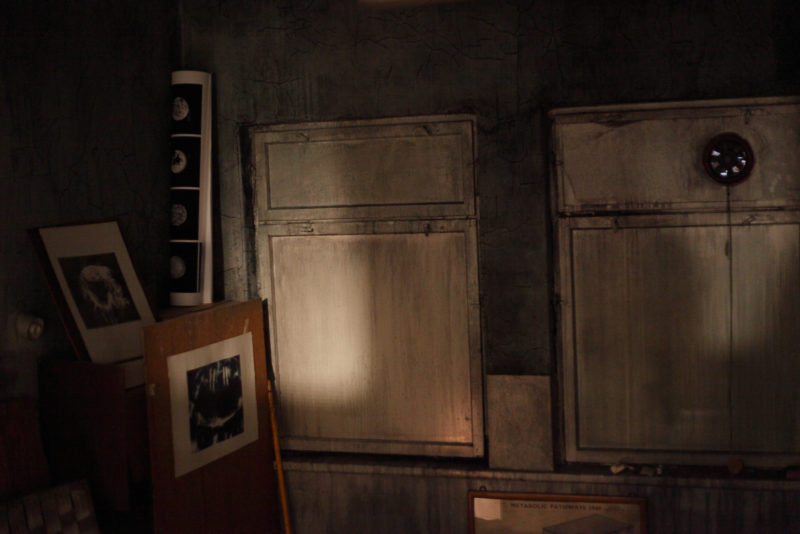 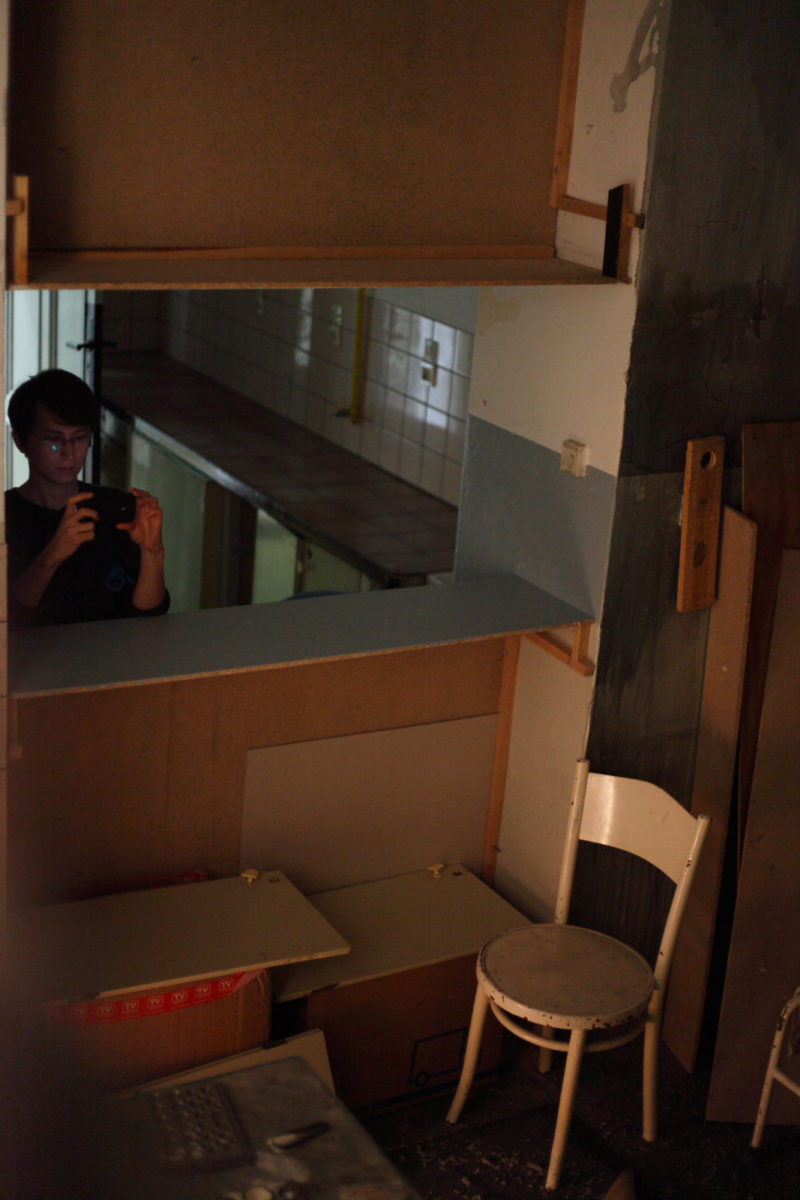 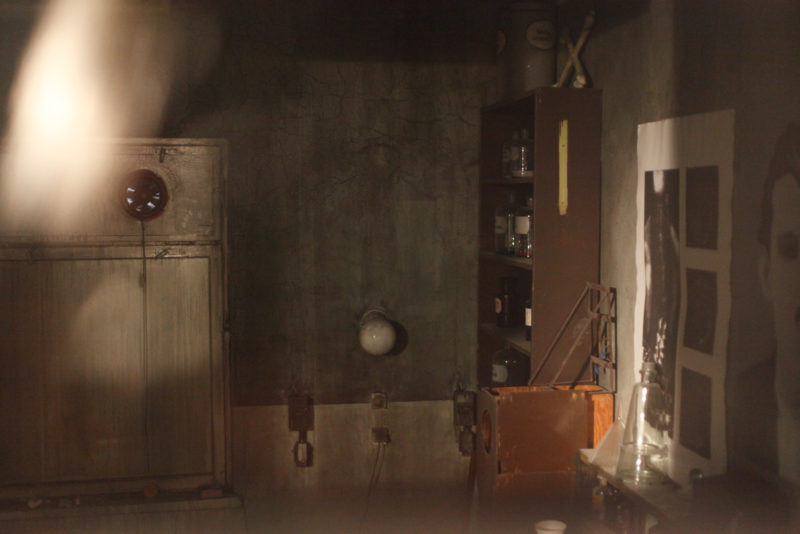 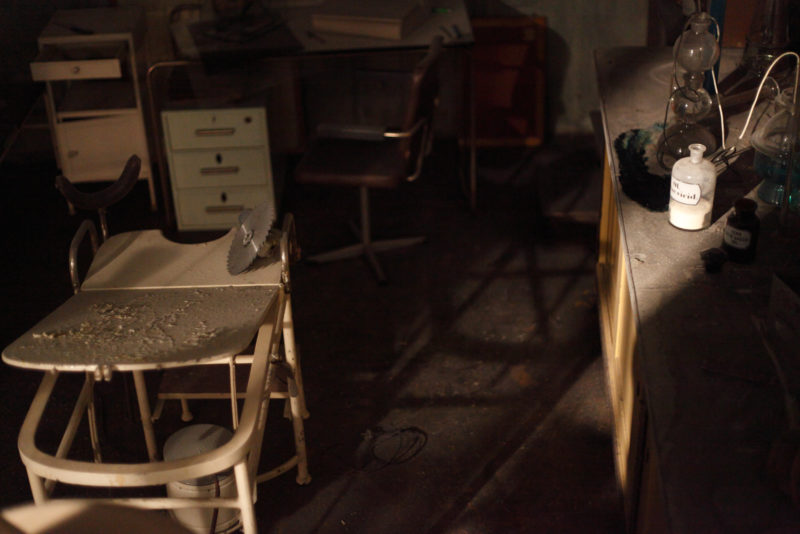 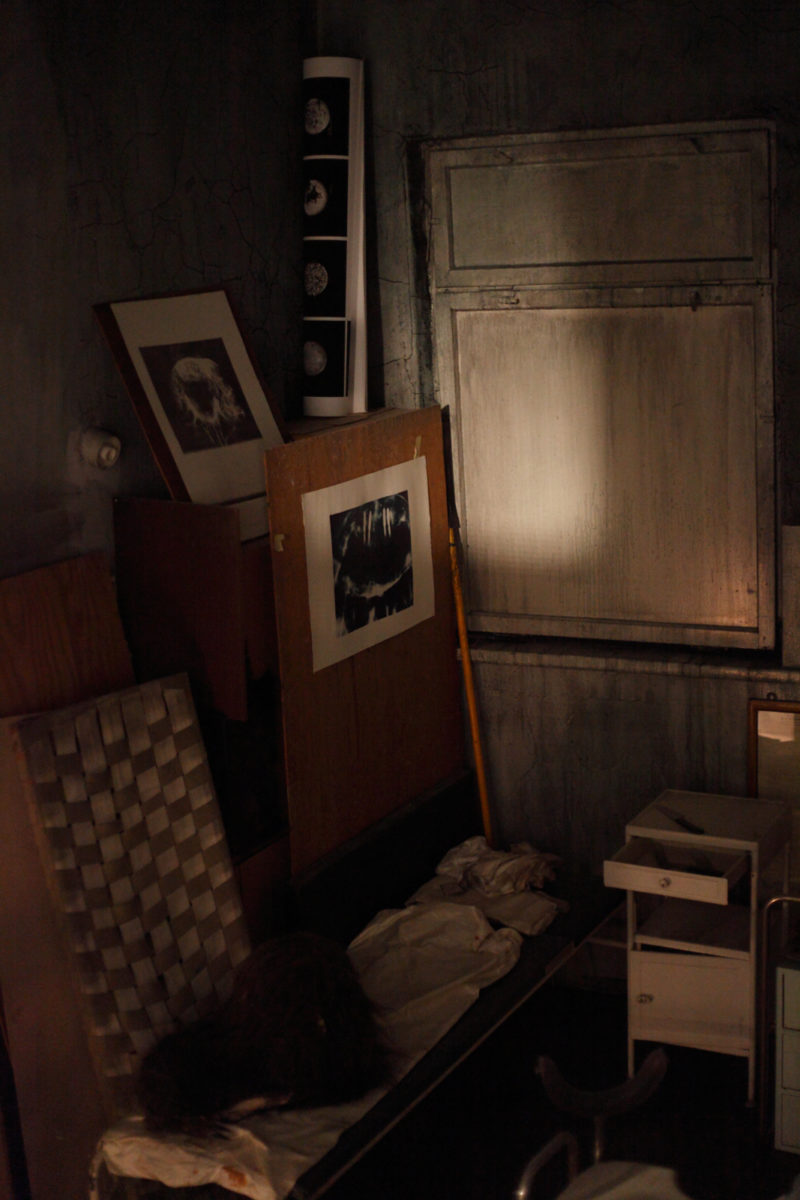 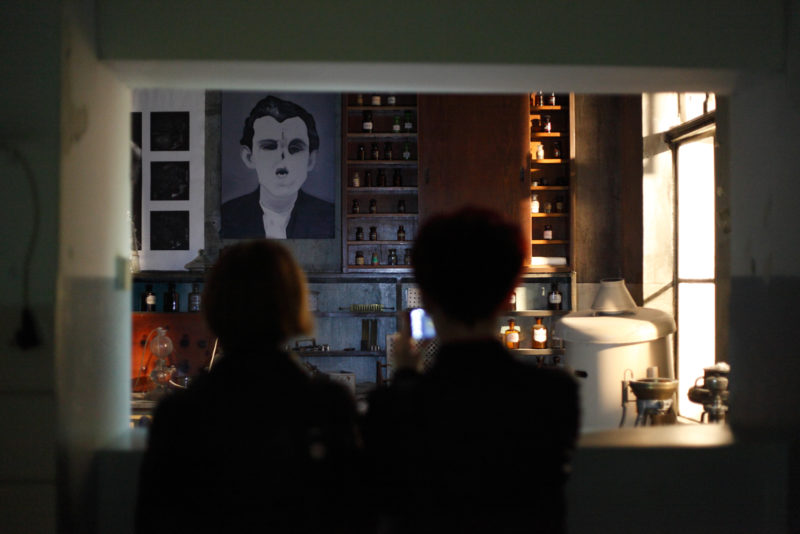