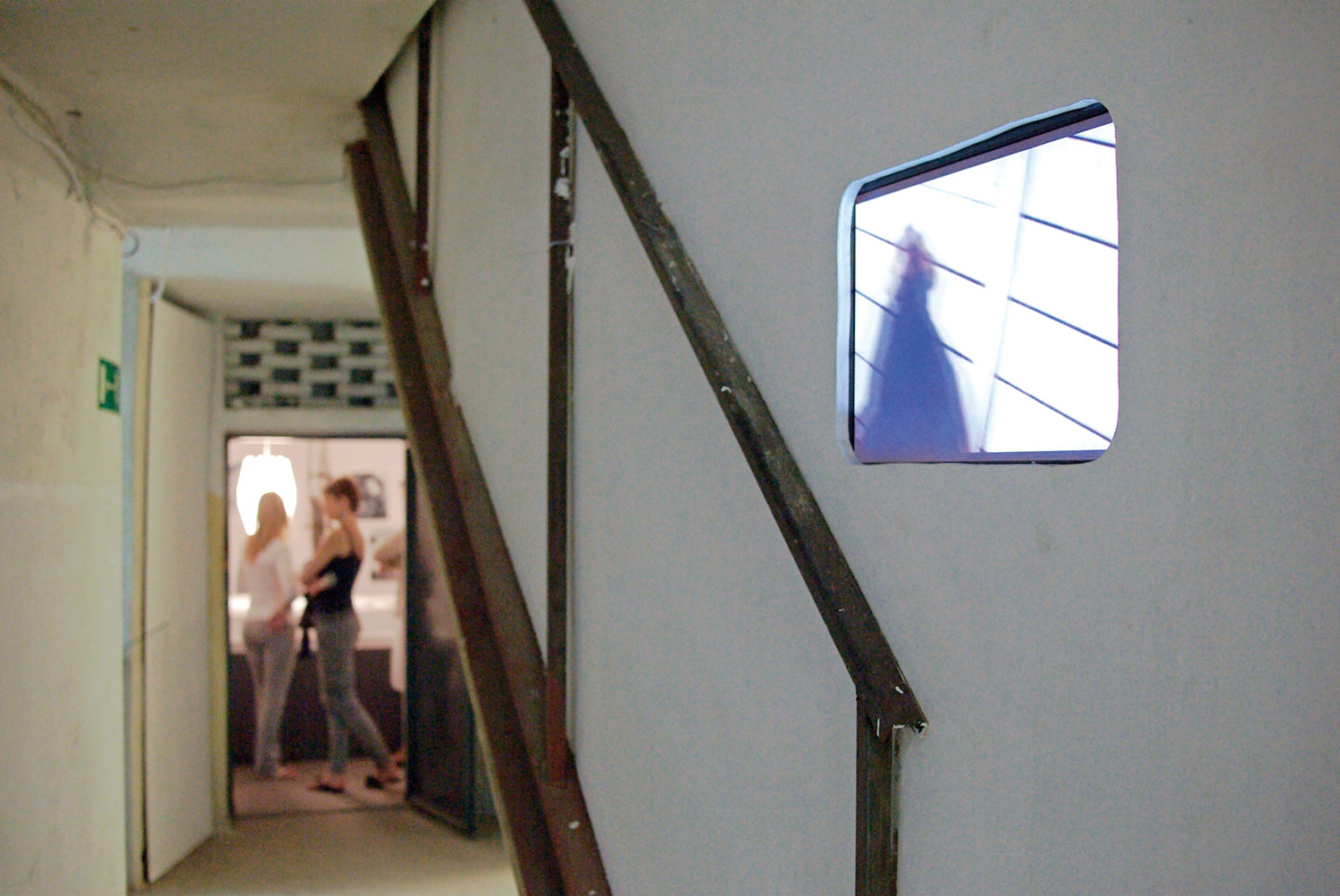 The film screened on the highest level available for the exhibition made a commentary on the spectral character of the architecture of the bunker. It showed a group of people going up an escalator. This slow journey towards an unknown destination, recorded in a static shot, became a poetic tale of going through subsequent stages and levels. A small screen was put on a wall blocking access to higher floors. This telling gesture ‘opened’ the barricade, and the vision of the people going up made the visitors guess what the space above them was hiding. The aspect of unaided reaching further levels and floors was also important when contrasted with an image of comfortable, uninvolving journey. The fact that the film was shown in a space where there was the highest flow and turnout of people – due to the arrangement of the exhibition – added extra emphasis to this communication hub. The sequences of the film drew viewers and thus changed the dynamics of this section of the bunker, which led to confusion and often stoppages. 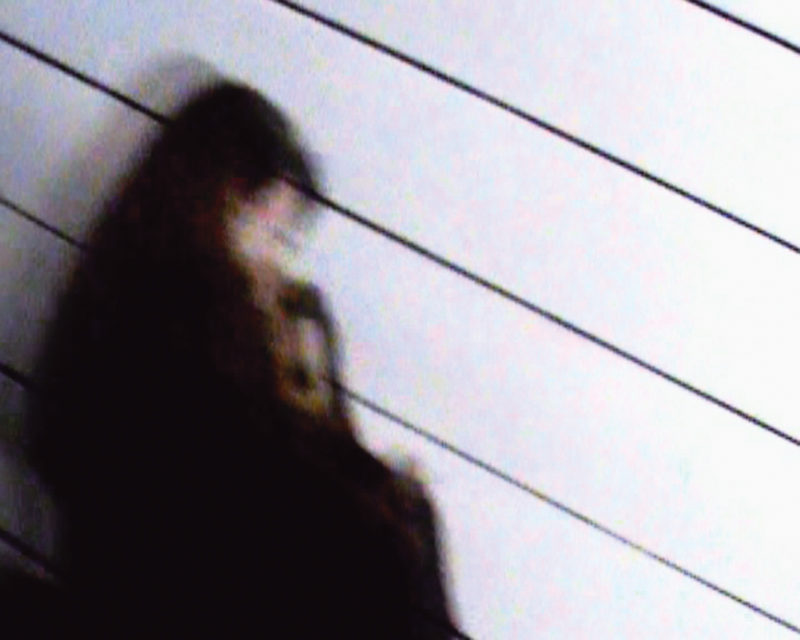 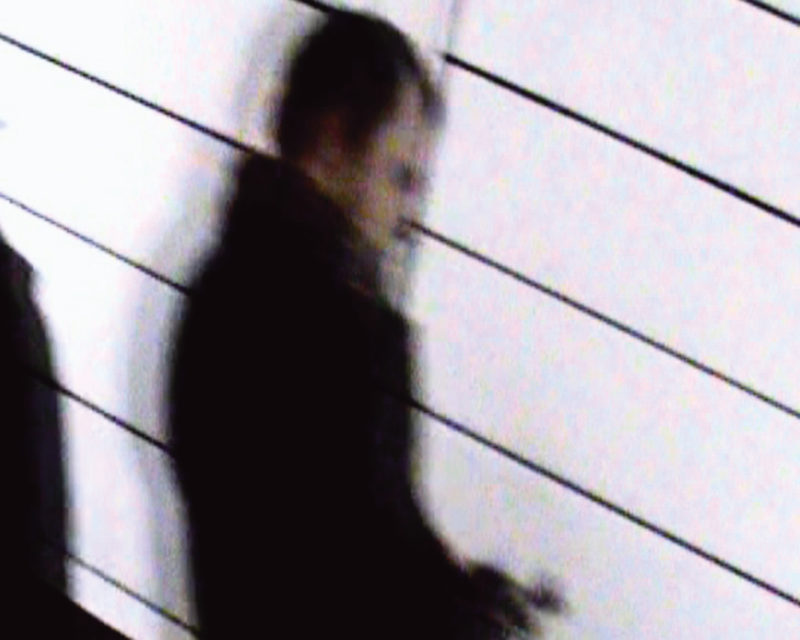 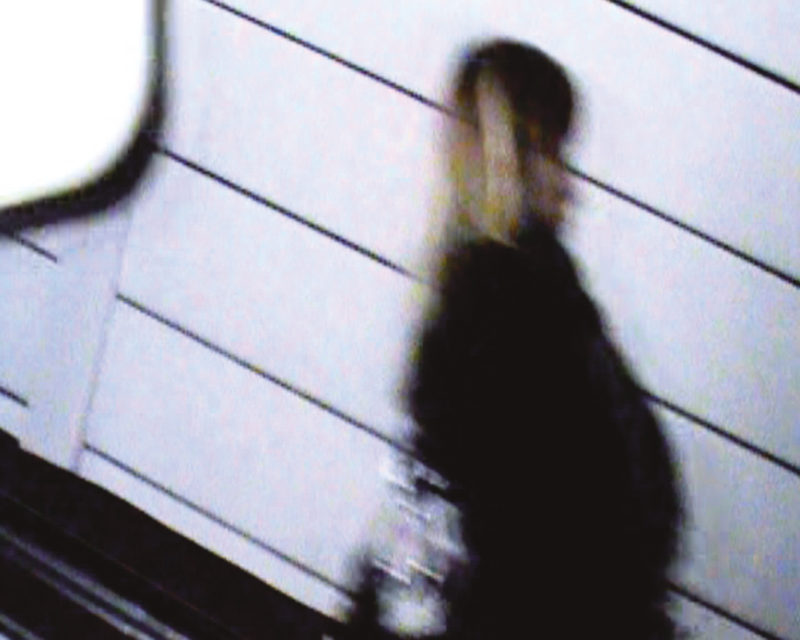