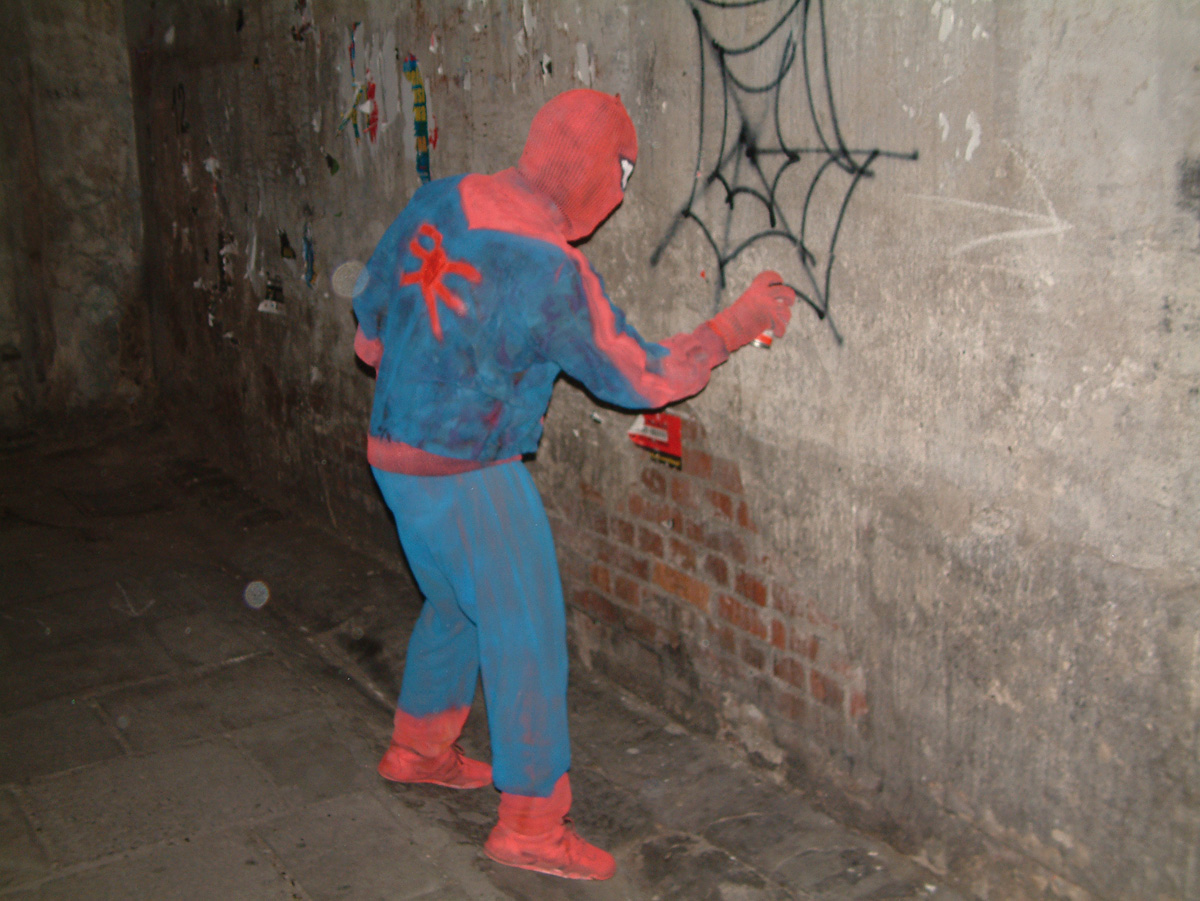 [the entire area of the review]

The space of the SURVIVAL review was disturbed by an unusual duet, who in a seemingly endless chase left blood stains and sprayed spider webs behind them, infecting the city tissue and shattering the passers’-by calmness to pieces.
What was the reason of all this fuss? – the crisis of contemporary art is to blame.
So why Matejko’s heart is bleeding? Why is Spiderman chasing him? Why not? Would Batman, Superman or our Polish Ace be any better? I don’t think so. Matejko is equally panic- -stricken at every manifestation of mass culture. The master is running away, but he is running away from what you can’t run away from. Spiderman is triumphing and to show it, he leaves spider webs on the walls, as if to say: ‘I was here too’. 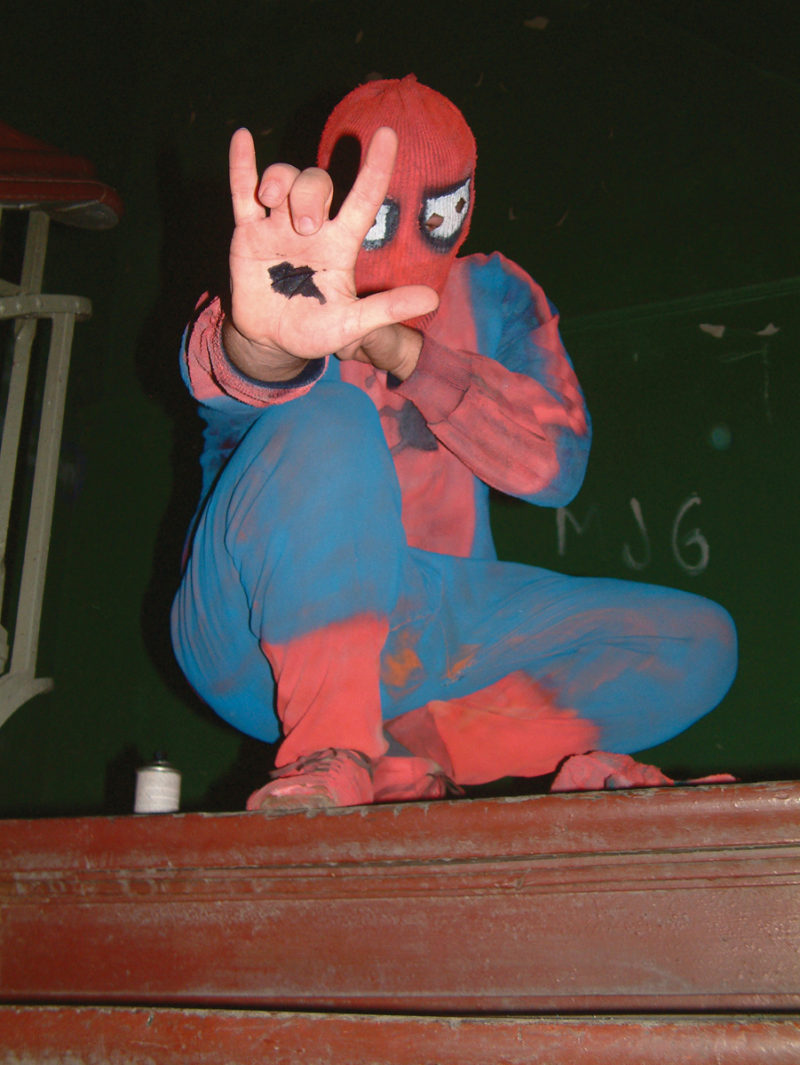 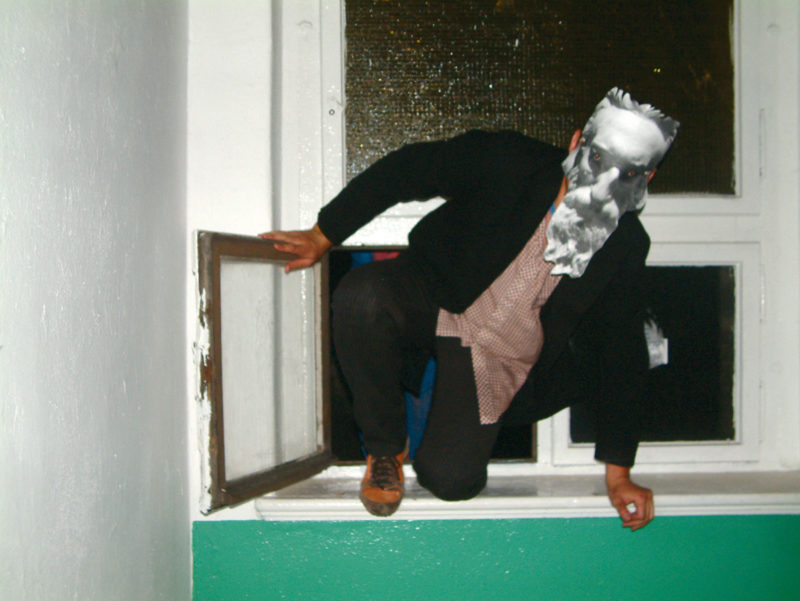 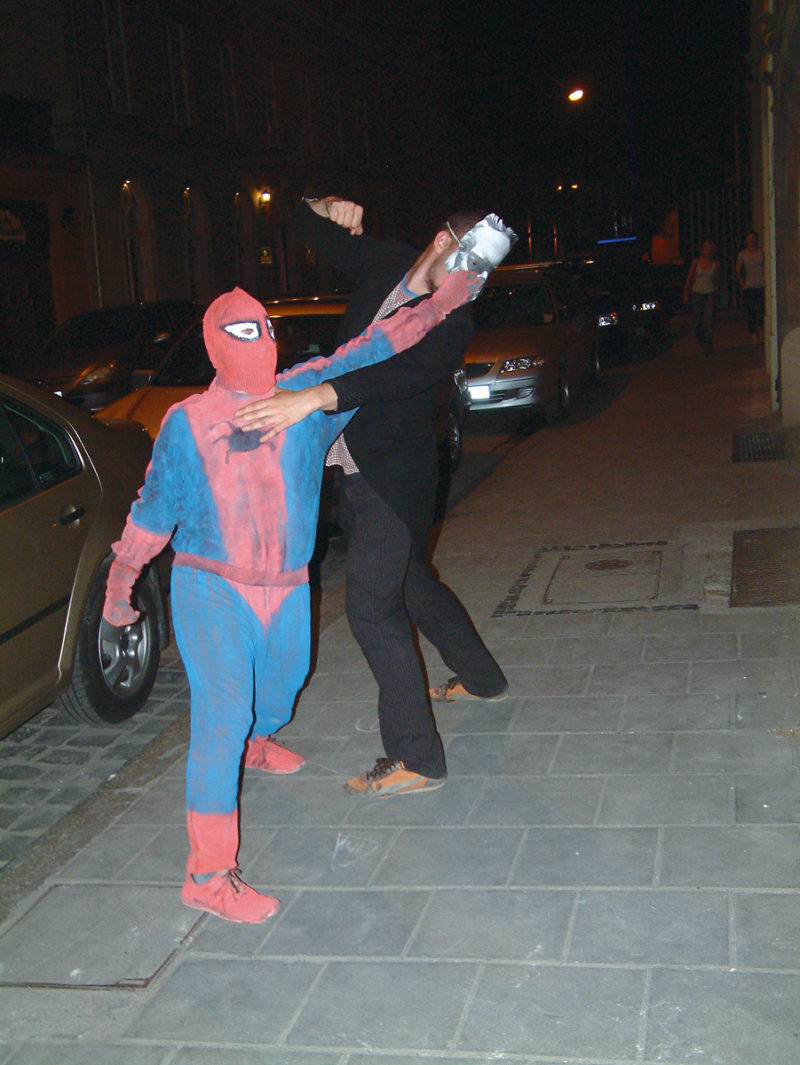 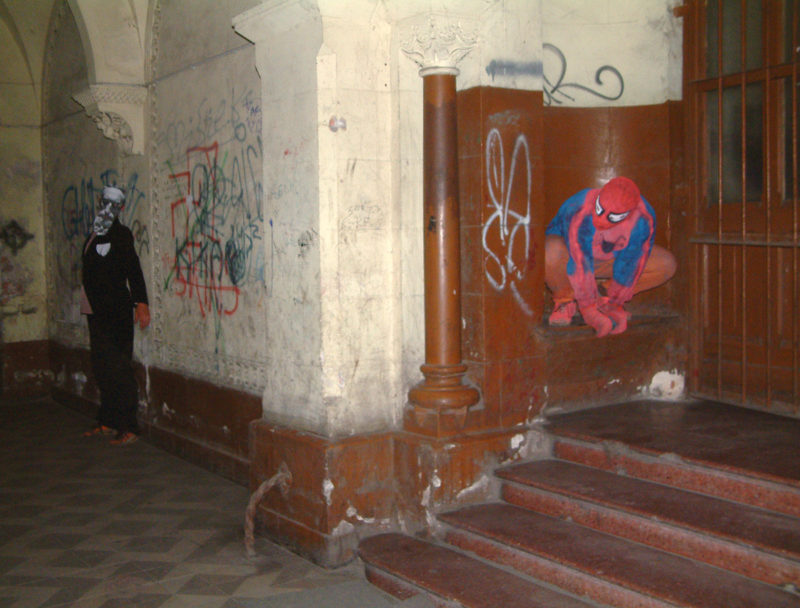 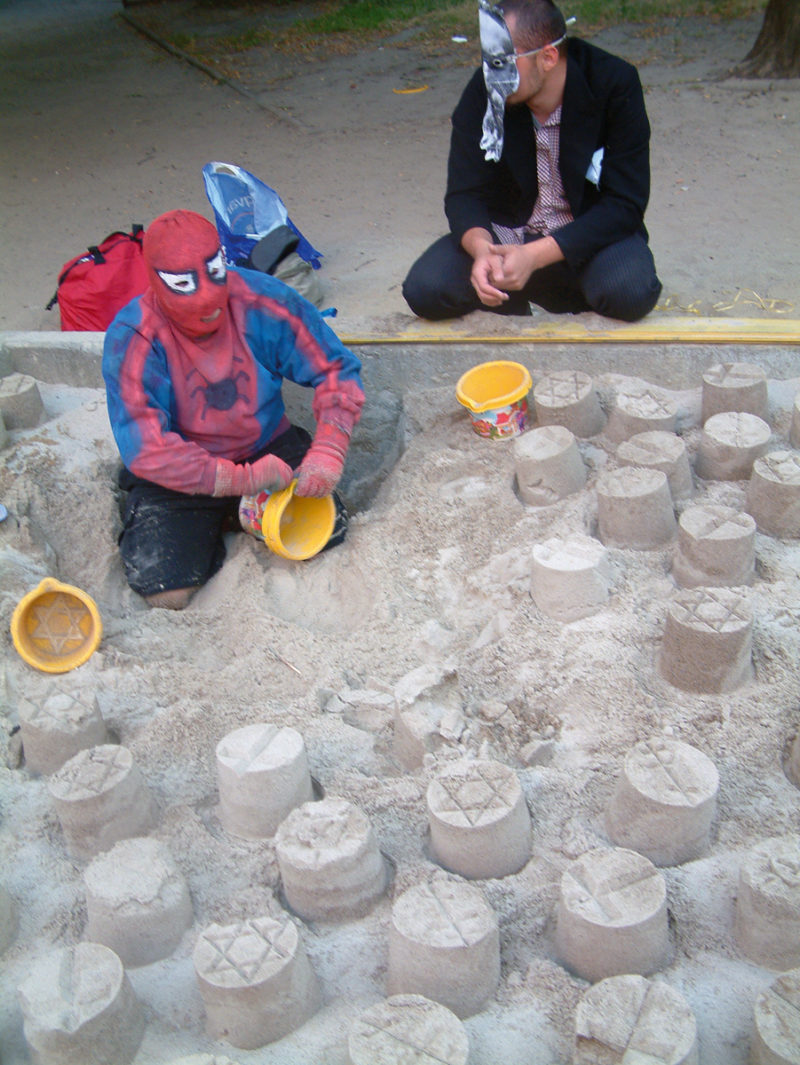 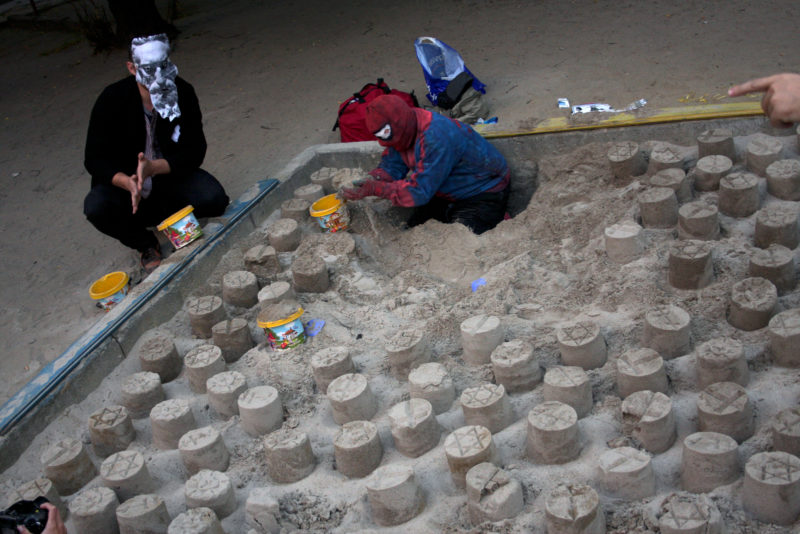