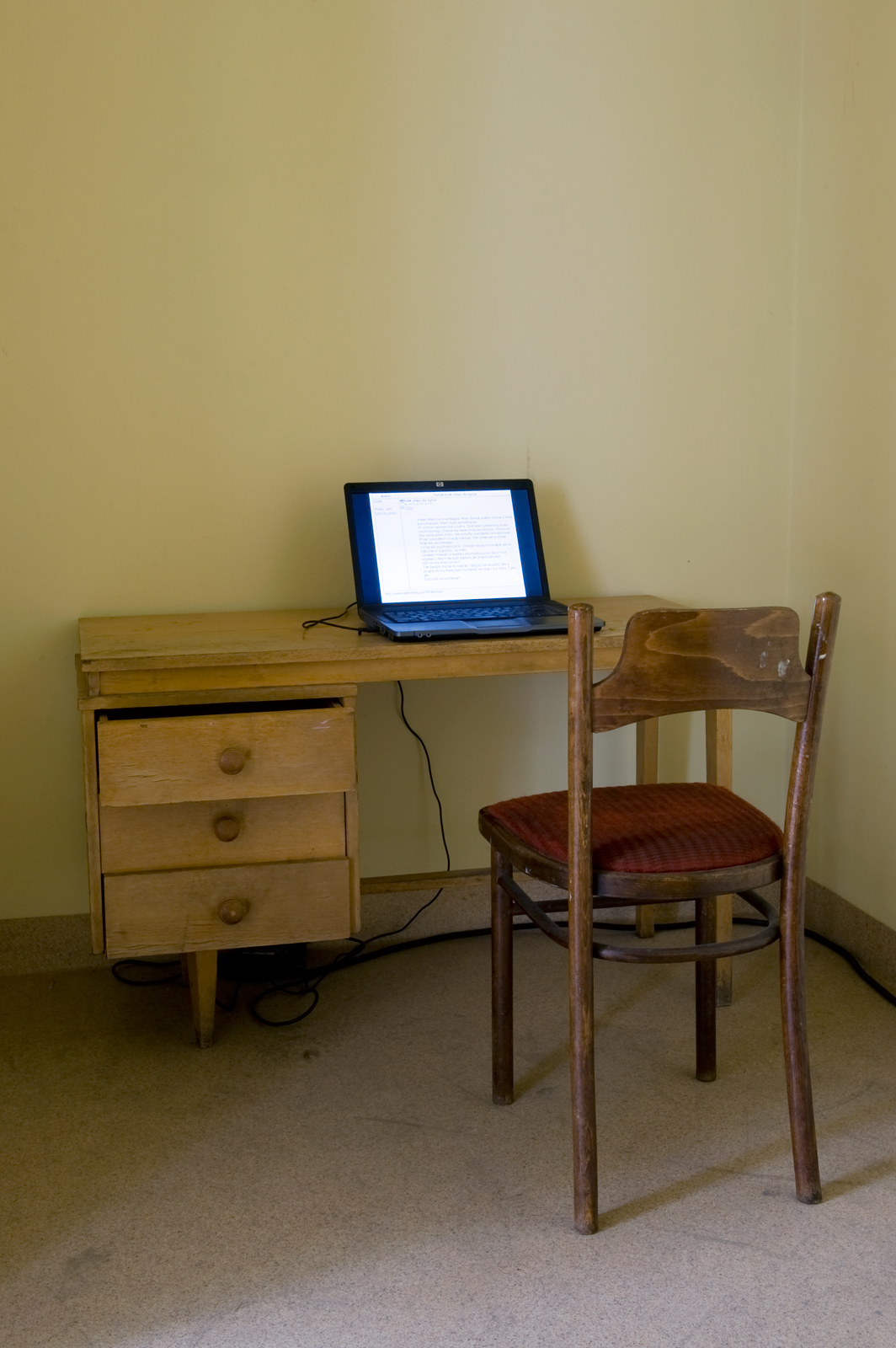 Having passed a number of empty rooms, we reach a desk and a laptop atop it. On the screen we can read an entry about suicide taken from an internet forum. Every day, millions of similar entries are written all over the world, expressing a desperate call for help. This is the real scale of a problem that is played down all too often. On the one hand, Domżalska and Piskorska’s work concerns the issue of suicide, which from the point of view of the Catholic religion constitutes one of the most serious cardinal sins. On the other hand, the piece makes us ponder the social awareness of depression as an illness – the third most common lifestyle disease of the 21st century.
Do we know what we should do if a relative suffers from it? Do we know where to look for help if we are affected by depression? And is it possible to find a remedy in the limitless virtual reality, which is where those who suffer from depression turn first because of the anonymity it offers? 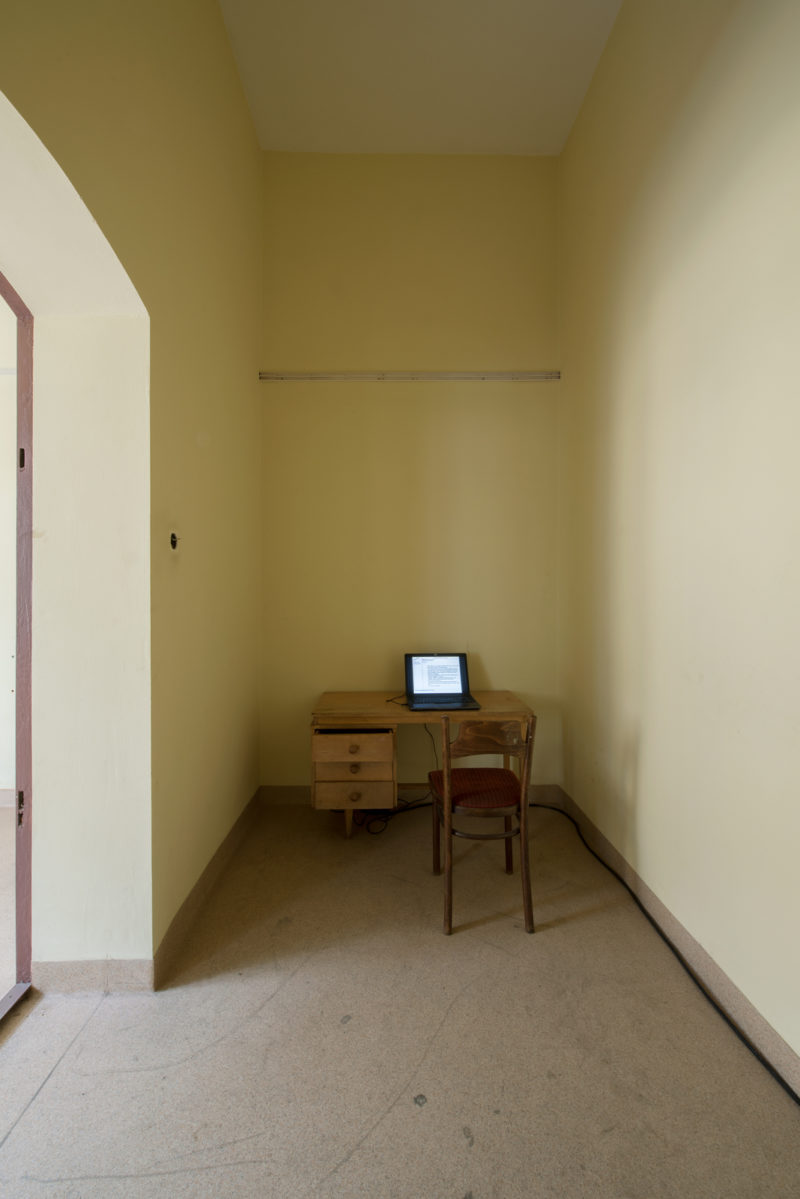 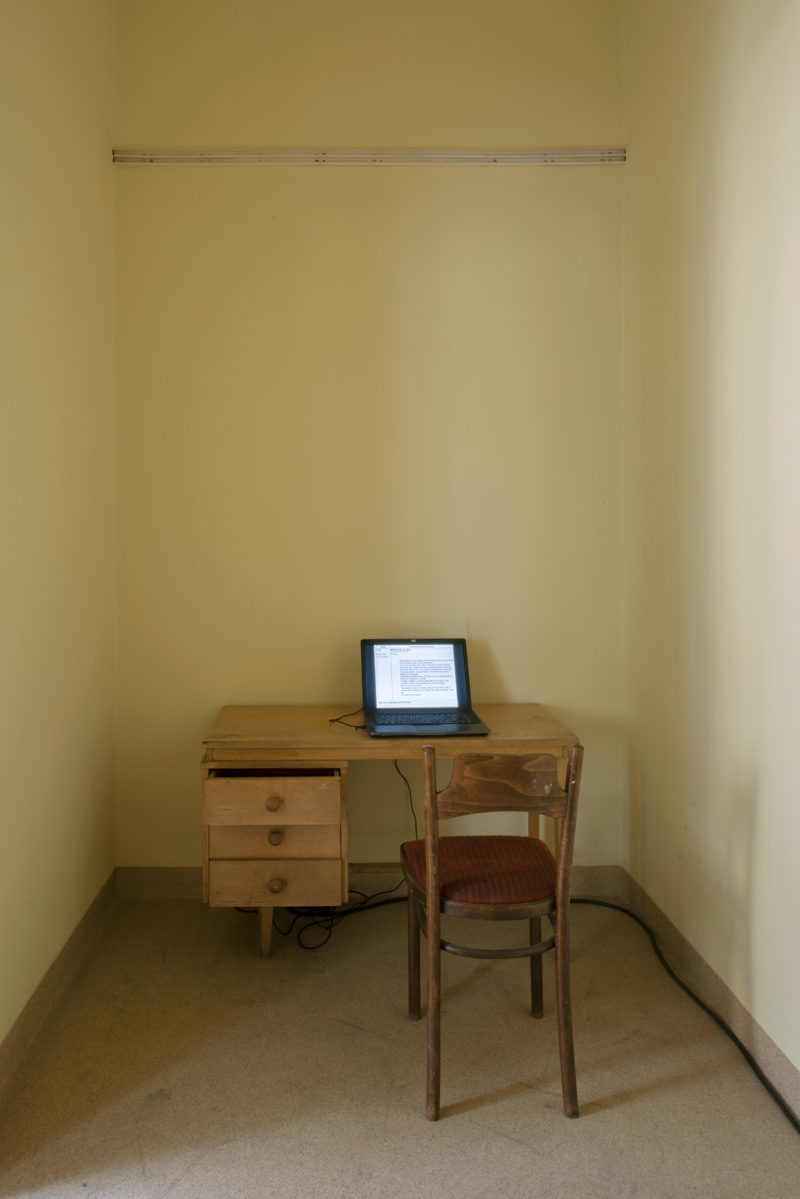 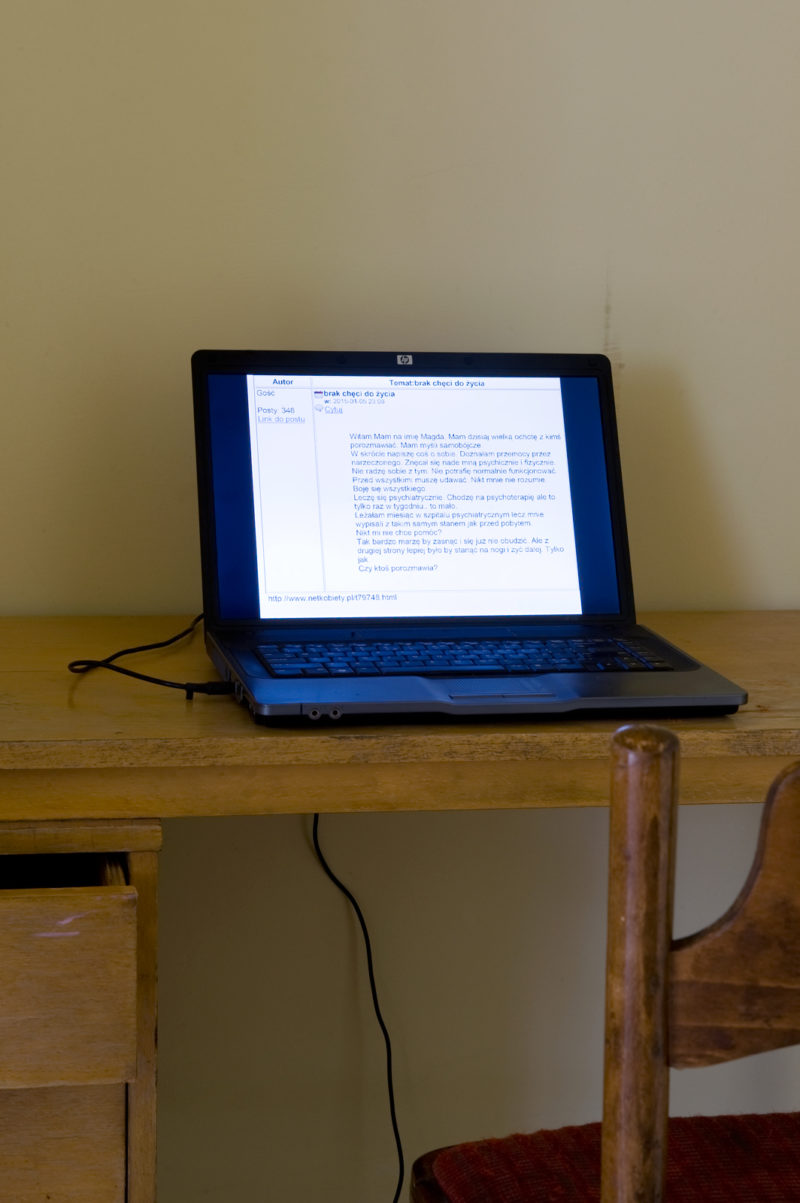