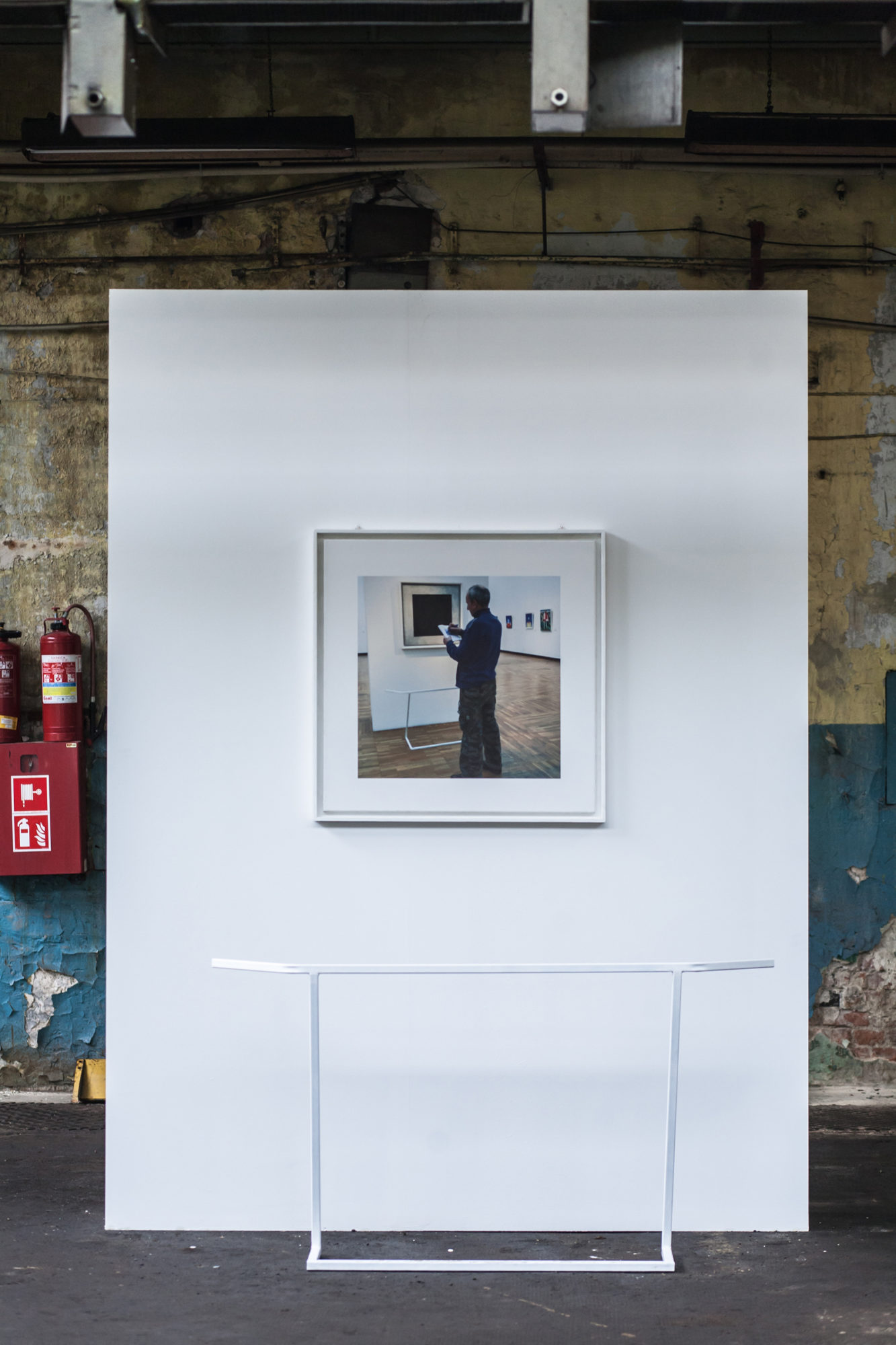 The main part of the work consists of a photo of the artist taken in Moscow’s Tretyakov Gallery in Kazimir Malevich hall, while copying the most famous image of the artist titled Black Square (1915).
The photograph showing the scene was put in an identical frame as Malevich’s painting. The way of presenting the photograph also repeats (copies) the presentation of the original (a free-standing wall and metal railing).
The installation is built on the basis of the gesture of copying, unfolding on various levels: apart from the obvious playful significance, it also offers a reflection on the methods of work (and tools) of the contemporary artist, who for over a century has been able to openly draw on other people’s discoveries in art and include numerous quotes and samples in his practice, sometimes even deliberately obliterating the traces of using them. 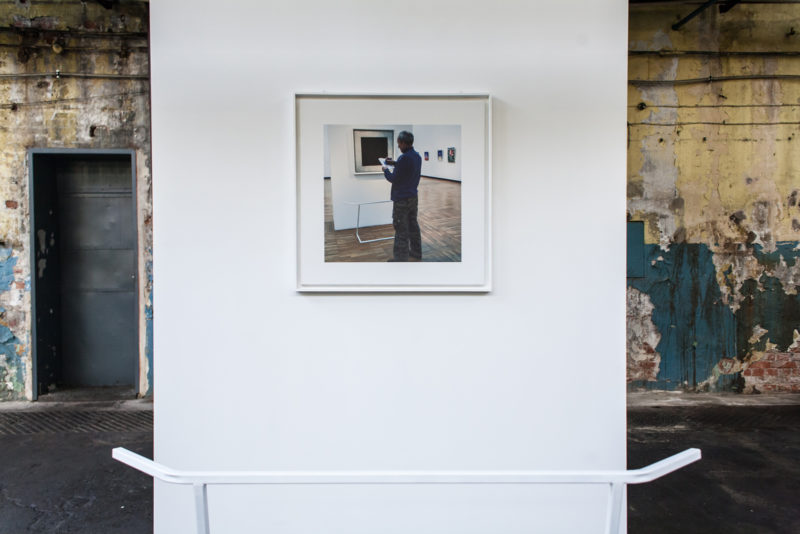