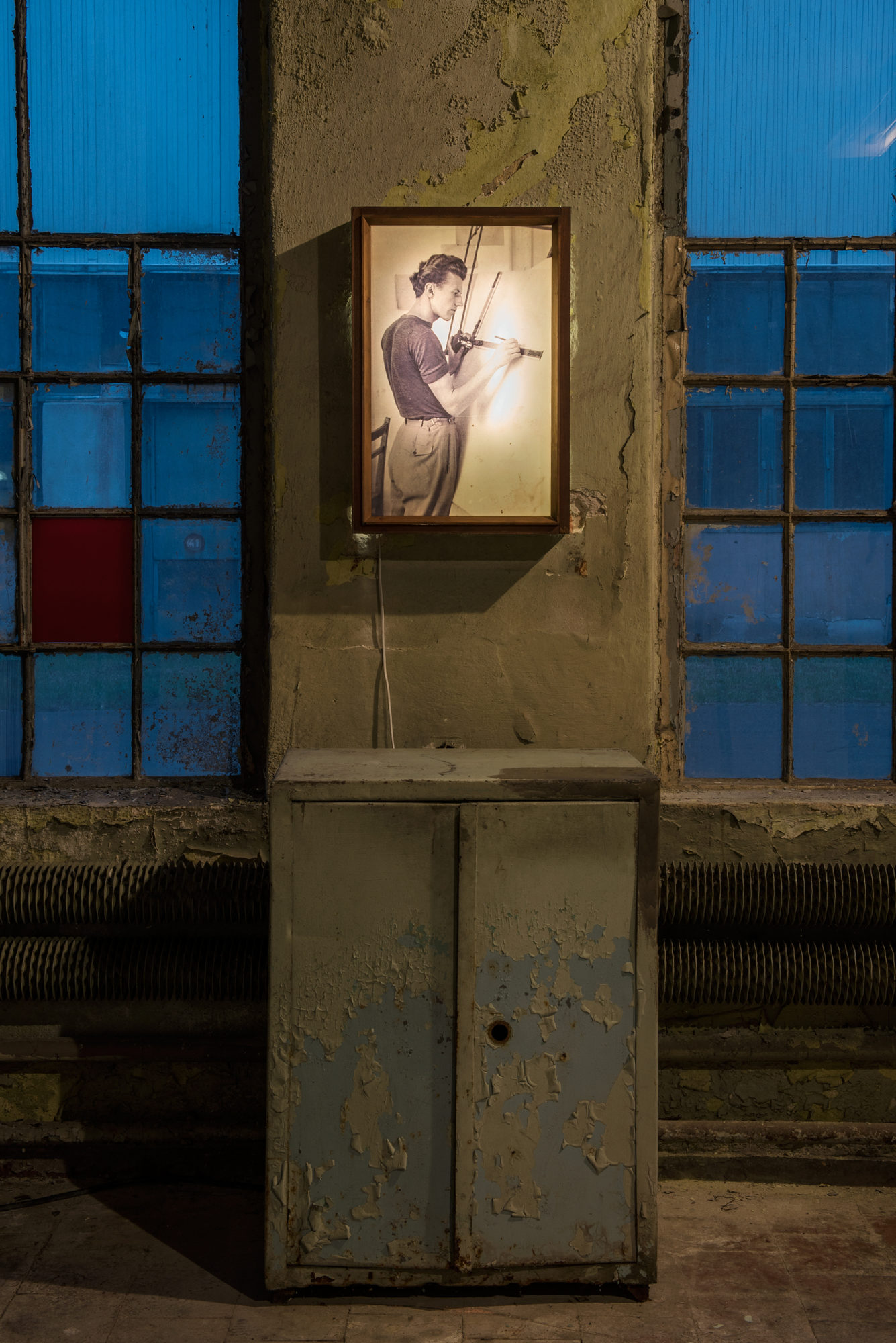 Stanisław Jarząb (born in 1937) came to Wroclaw in 1961, and two years later he started working in the pilmet Agricultural Machinery Factory. The drawing table was his basic tool, both at the factory and at home. It stood in the living room of his four-room apartment, with tracing paper, graph paper, templates, drawing ink and technical pens always nearby. The draughtsman’s studio attracted his youngest daughter, Aga Jarząb (1977), like a magnet, and most probably influenced her later interest in drawing. The daughter’s drawings from the start had no practical use, though later they took on a synthetic form, similar to her father’s drawings.
Despite her academic training, she is now closer to descriptive geometry and technical drawing, although what she does now serves no other purpose but its own representation. Meanwhile, her father is unable to draw lines that would be of no subsequent use. His contact with art comes down to designing and implementing devices that his daughter uses in her artistic activities. Aga’s requests are treated by Stanisław as tasks, problems to be solved. At the same time, they quickly become a torment for him, especially when technical problems appear. The purpose, context and sense of the whole project is not important to him; what matters is promptness, material savings and the efficiency of the device.
In this year’s SURVIVAL, Stanisław and Aga meet at one table – a drawing table found in the measurement chamber of the Lathing Machine Factory in Wroclaw. At his daughter’s request, the father modified it so that it automatically does nonsensical and fruitless work. That violation of his own professional principles takes place in a factory hall that has been put out of service. Aga Jastrząb’s drawing incorporates her father’s work into the mechanism of art and, at the same time, it is a personal expression of respect for his constant willingness to help. The family project allows them to reexamine their relationship. This time, exceptionally, it takes place on a common ground of a factory/gallery. 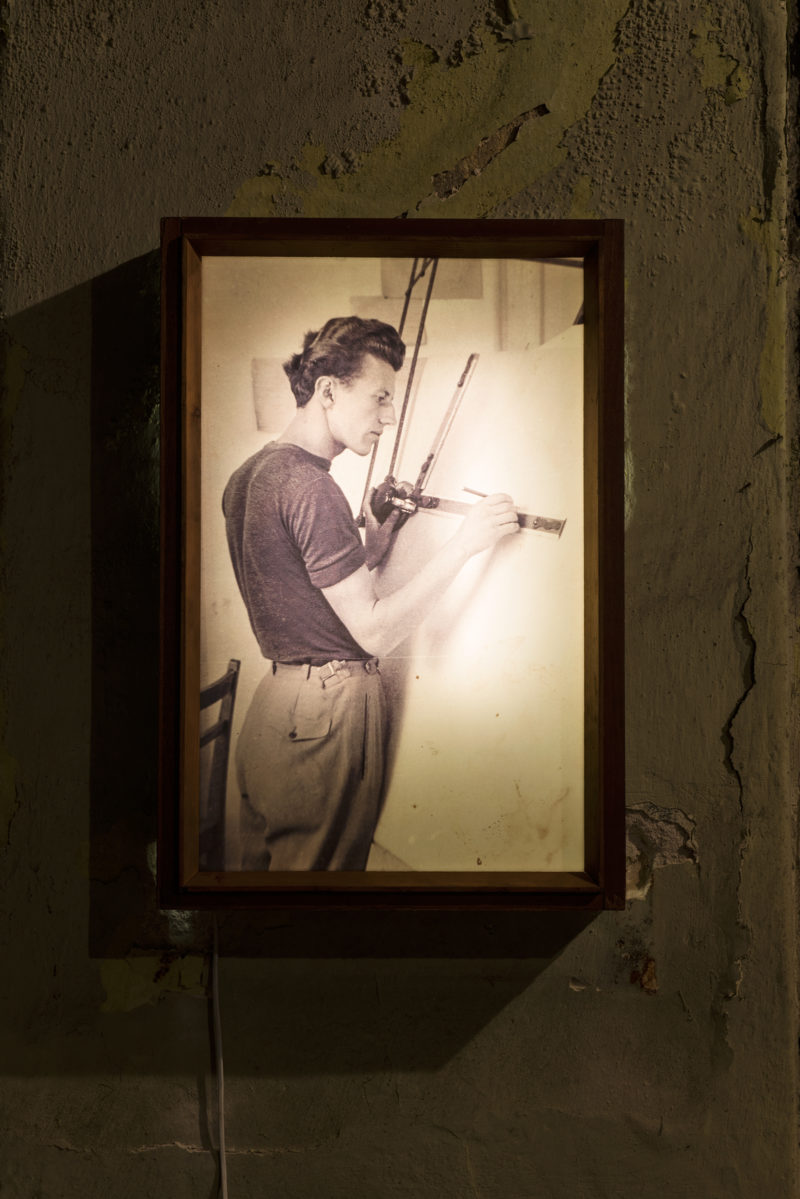 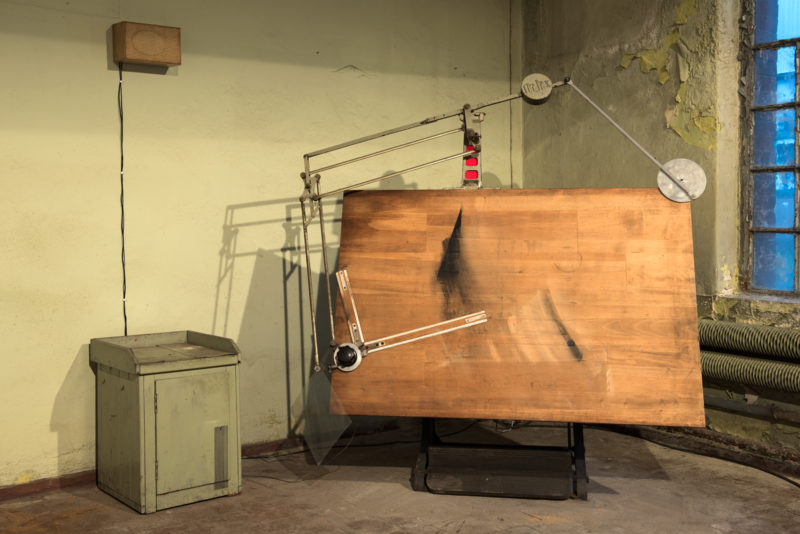 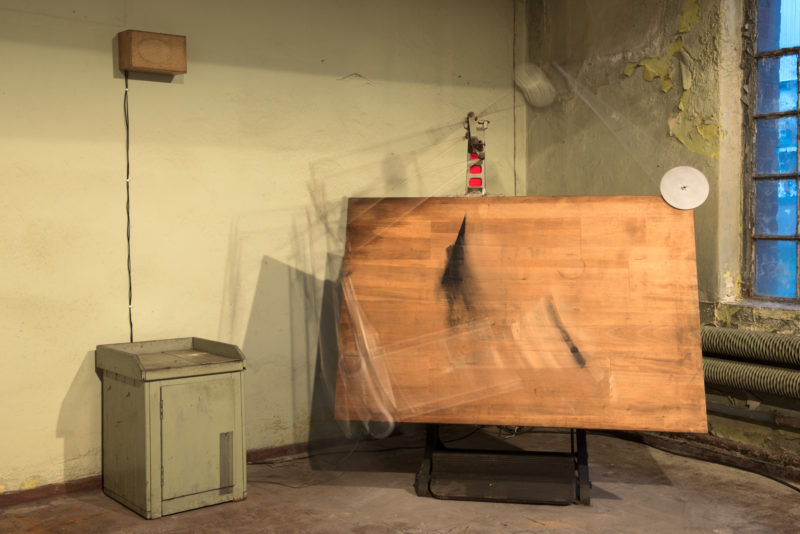 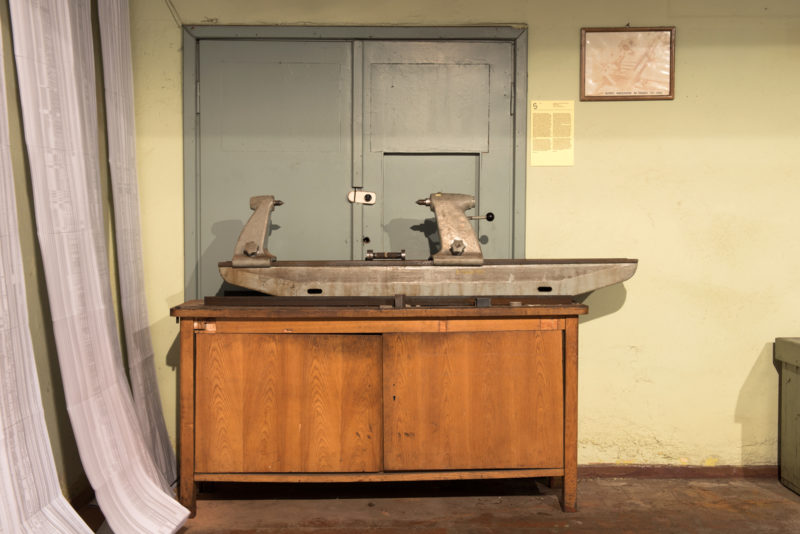 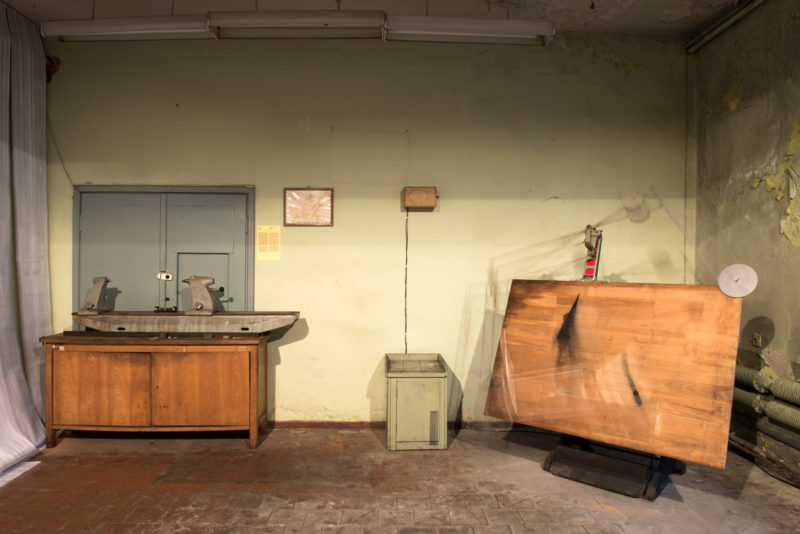 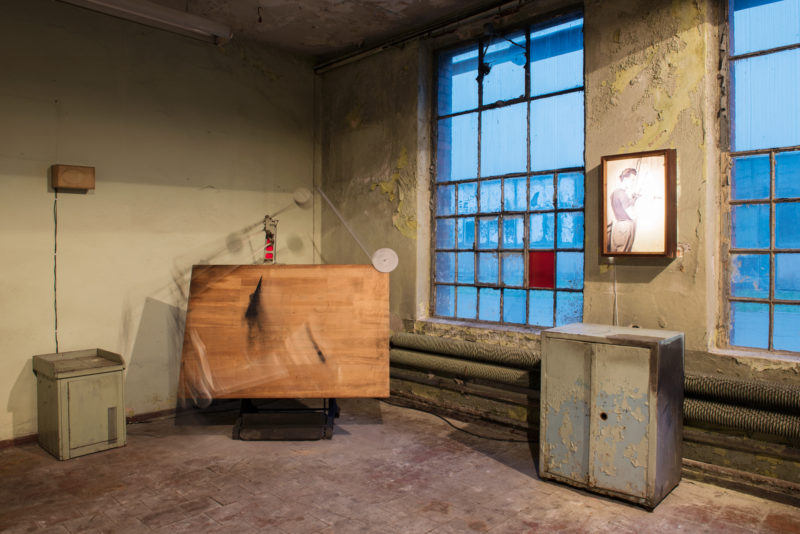 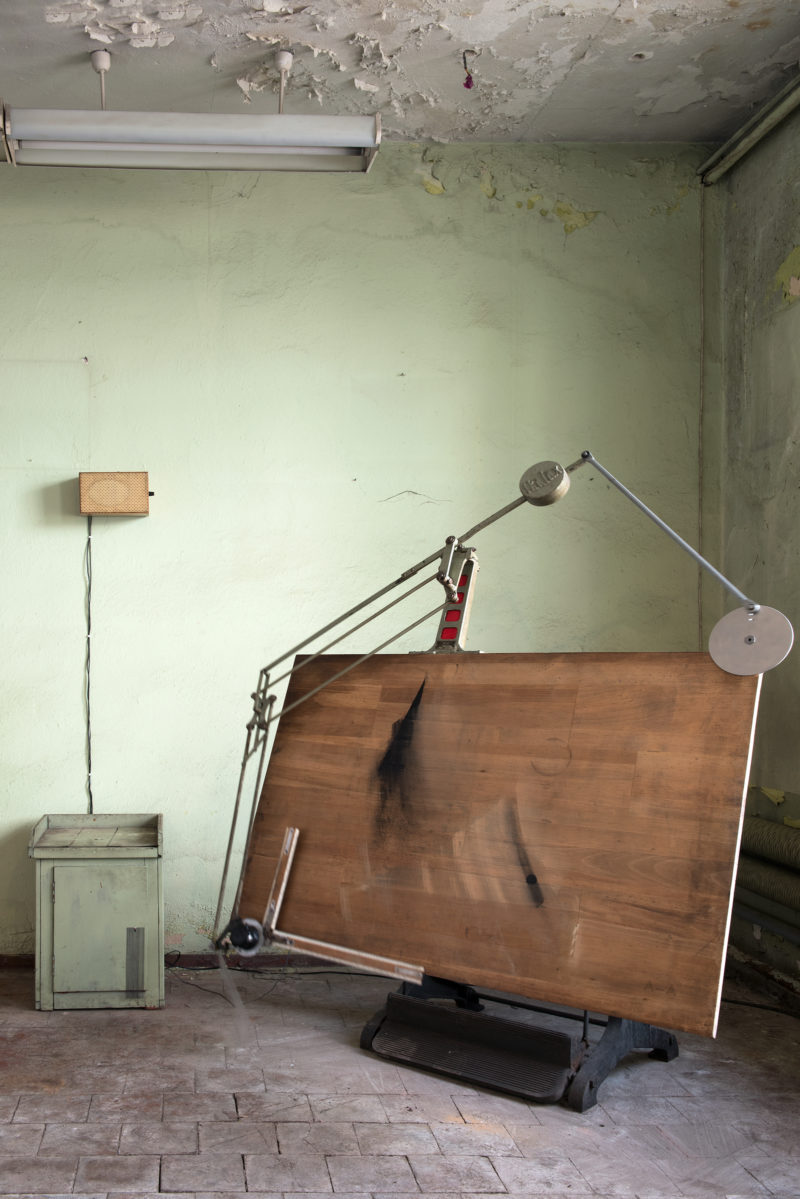 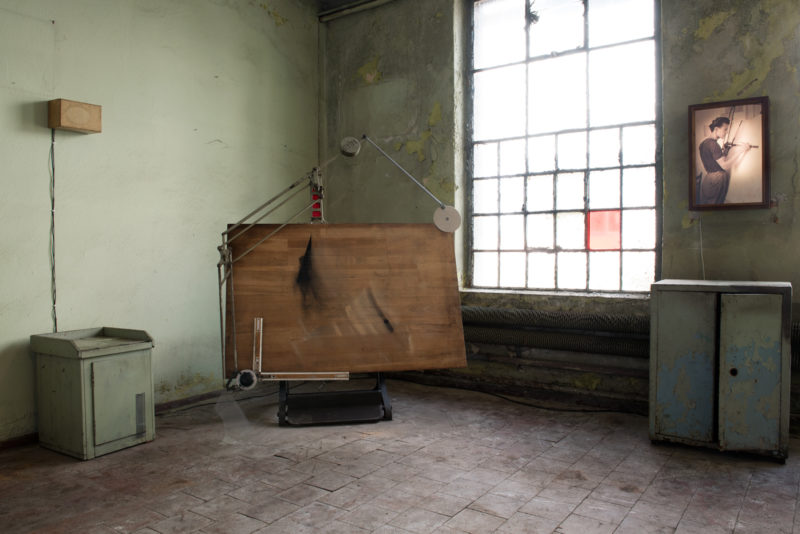 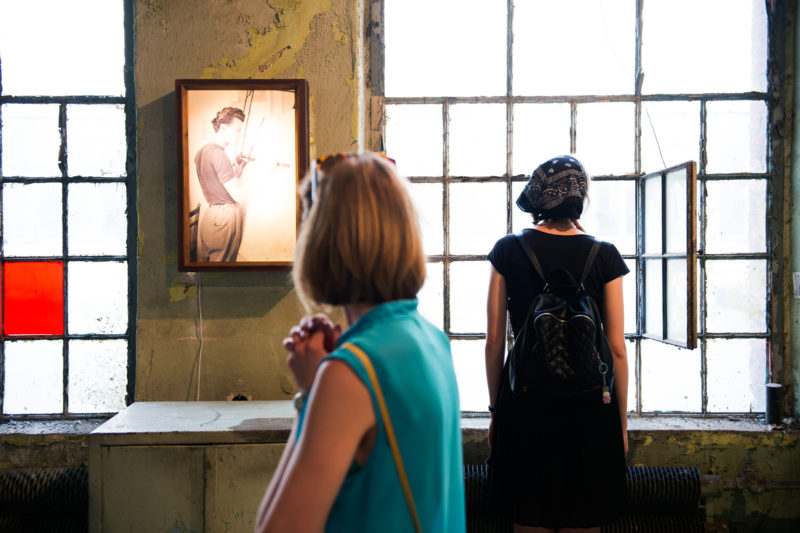 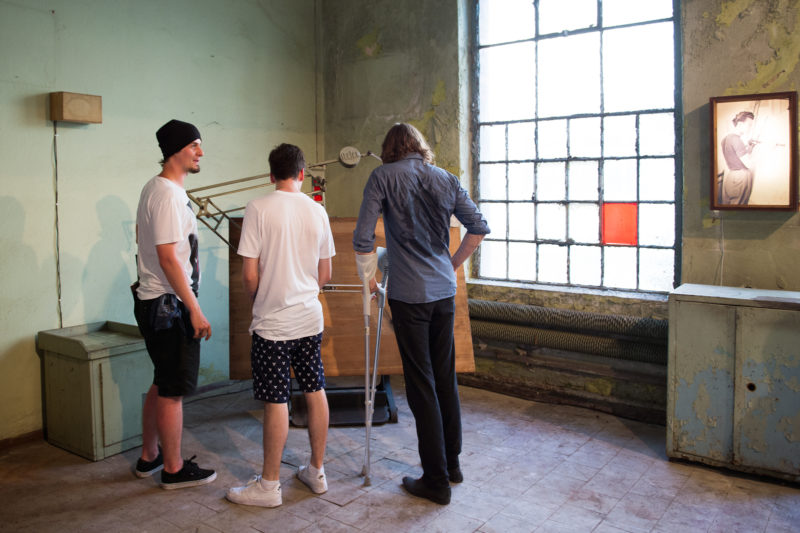