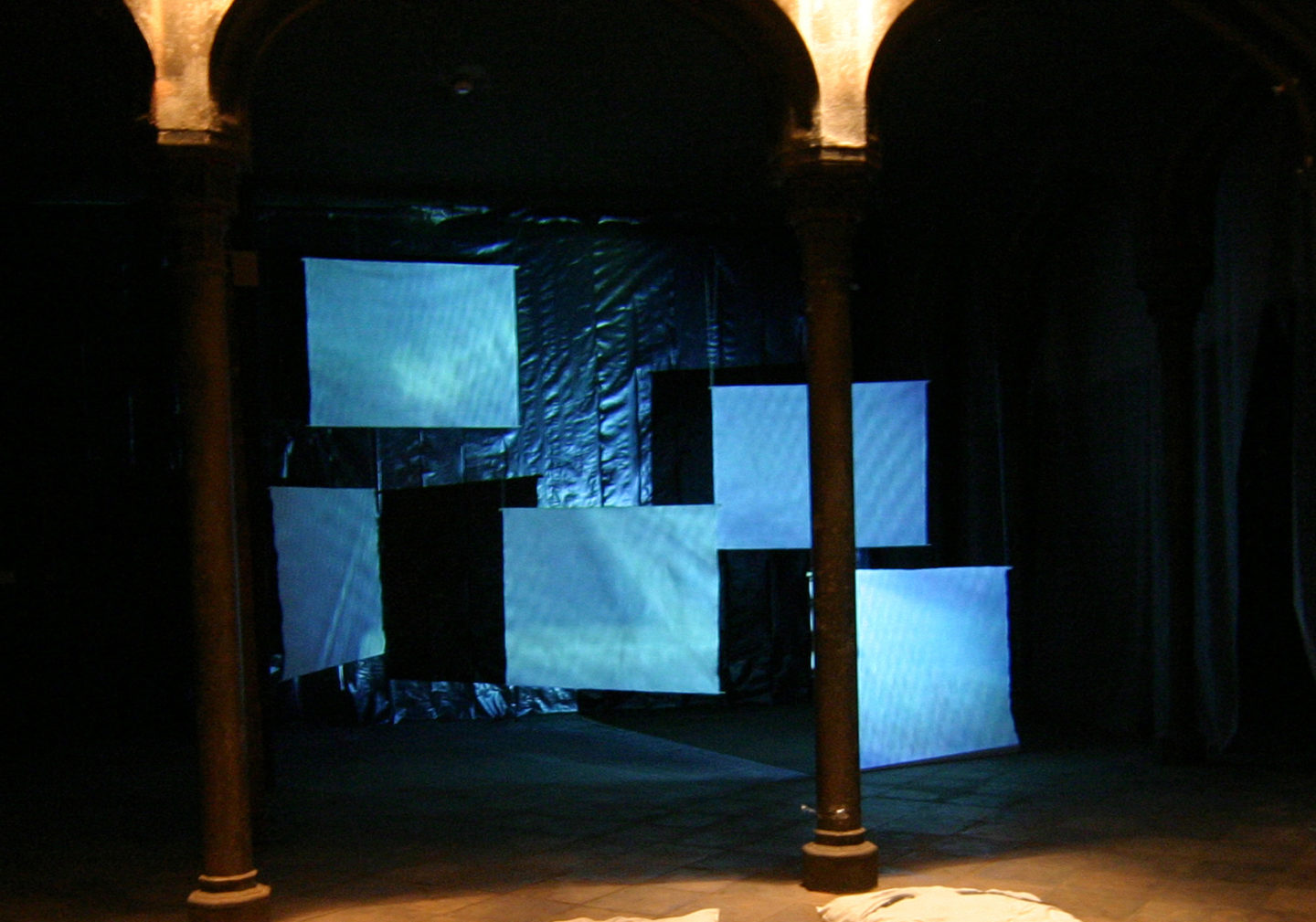 The idea of the tunnel has dogged us for some time – it is rich in metaphors, and just staying in it forces you to self-reflection. So a tunnel it is. The film is a looped image from a vehicle taking workers deep into a high-speed train tunnel that is under construction. The image is disturbing, jittery, grainy, which is precisely what we intended. The multiplied view, projected onto several screens stretched between the columns in a large, dark room, reinforced with a mysterious soundtrack, creates a kind of maze in which, wherever we look, we see this vibrating movement. The multiplication of the journey into the tunnel on different planes, seen from different angles, creates a disturbing impression of moving in many directions at the same time. Outside and inside, back and forth, left and right. All at once. Just like in life.