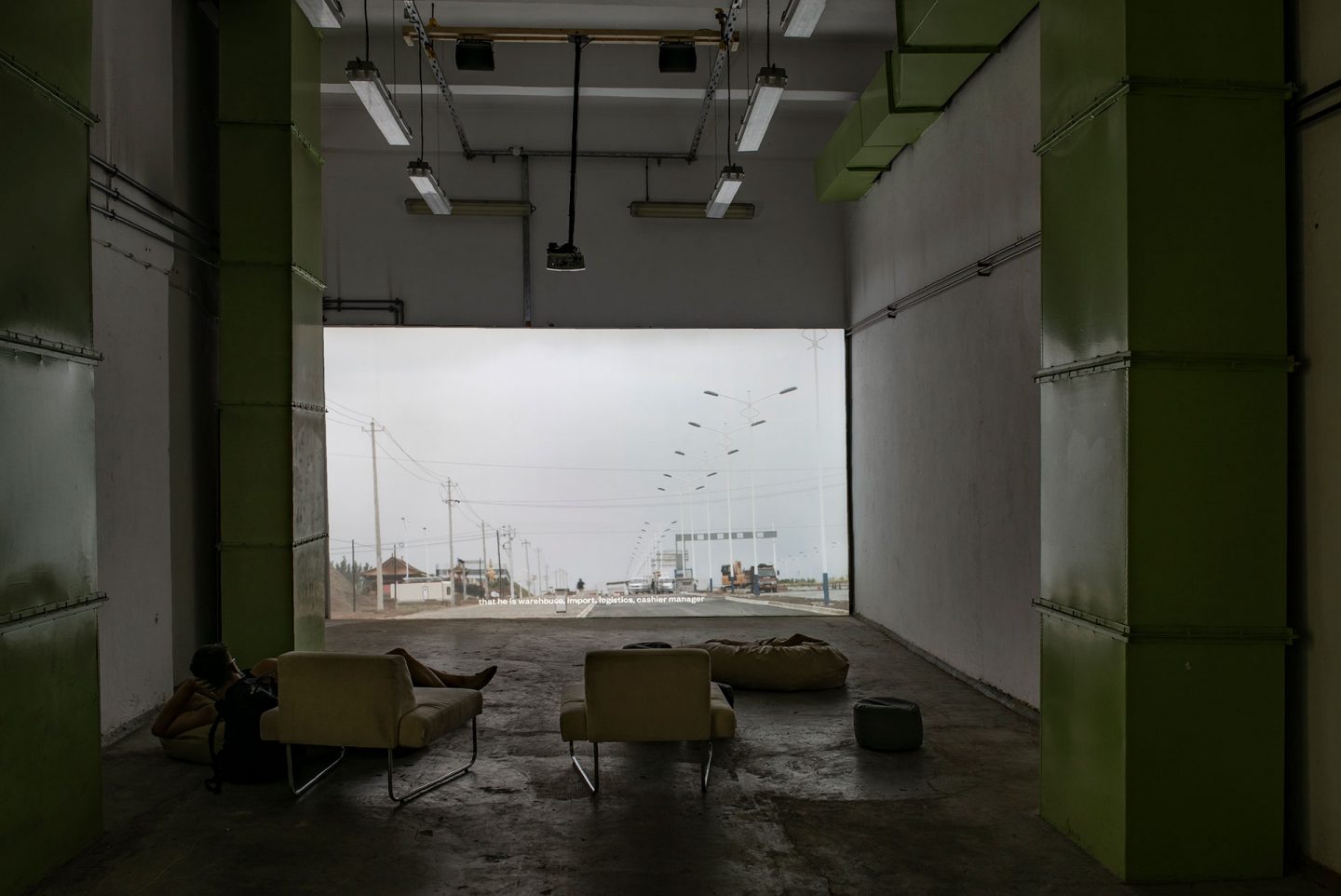 AAA Cargo is a essay-documentary on the New Silk Road. The video traces the anticipation of infrastructure and trade on a planetary scale, following its distribution networks which are expanding across vast regions between China and Europe. Along its route in Western China, geographies are reformatted for logistical movements, which ease flows of capital and commerce. Mapped through footage, interviews, field recordings and found WeChat videos; government efforts to speed up the movements of trade, collide with more-than-human choreographies of sand, people and goods. We follow “paralogisticians”, a new generation of precarious workers, as they hack infrastructural spaces through transnational guanxi and long-distance friendships. Desert sands made restless by Westerly winds disrupt roads, railways, sometimes engulfing whole cities. Through a disorientation of the senses – bodies and landscapes become mobile. The construction of the New Silk Road is filled with heavy memories of labour and extraction. This film shifts its gaze to focus on the material interferences and cultural byproducts from the advancement of technology and trade on a global scale. Traveling eastwards, from Urumqi to Lanzhou New Area, AAA Cargo traces the transnational movements and life-ways of characters which rub against its calculated workings, settling worlds into different arrangements and possibilities. 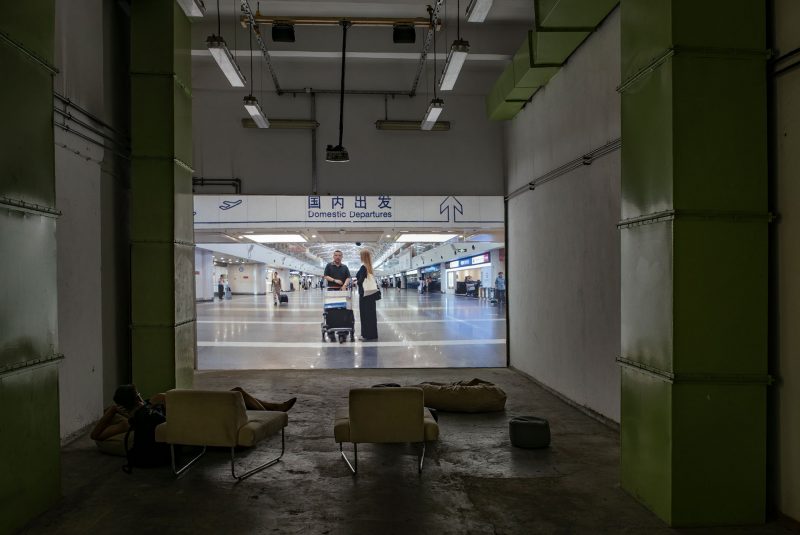