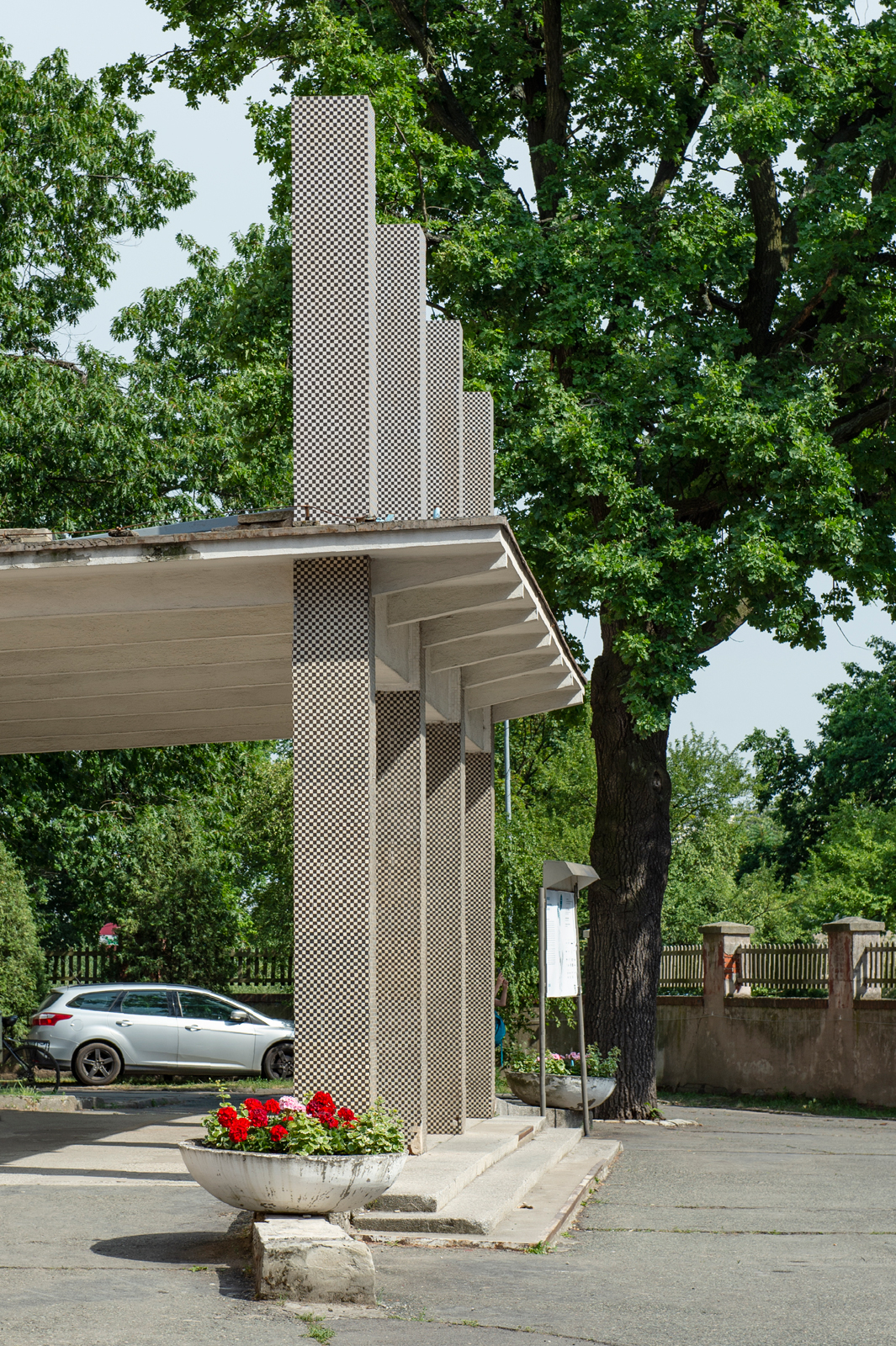 […] The different tactics explored by the artists to reveal the hidden and visualise the unnoticeable often concentrate on the building itself, treated as a conceptual, historical or architectural frame divulging various aspects of the subject’s identity. Sil Krol’s minimalist intervention in the form on extending the pillars supporting the porch so that they would protrude above the roof remained almost imperceptible, although it endowed the facade with an absurd character. The visual coherence of the intervention coupled with the absolute uselessness of the added elements quickly led to rationalisation and confabulation – many visitors “remembered” neon signs or signboards that supposedly once stretched on the ephemeral structure. Architecture as a source of error – not only as monuments falsifying the past, but also as an incorrect structure based on erroneous assumptions, conflicted with the body that occupies it – becomes an important area for the negotiation of meanings. […] 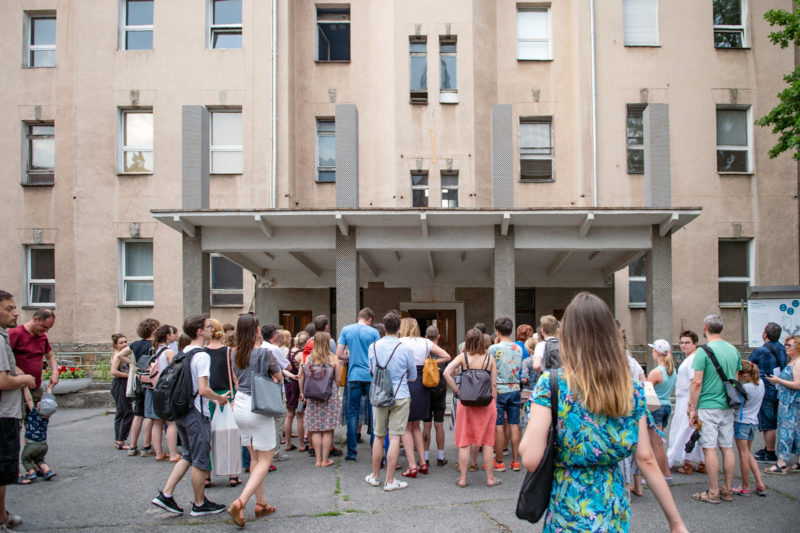 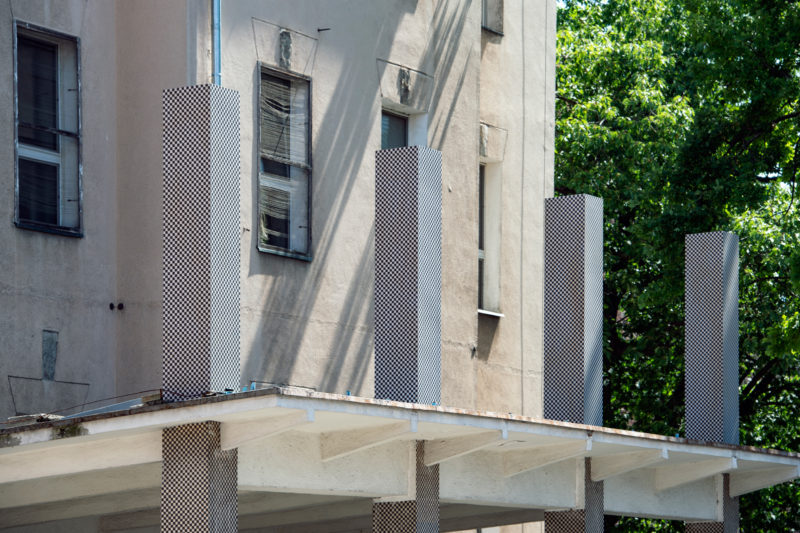 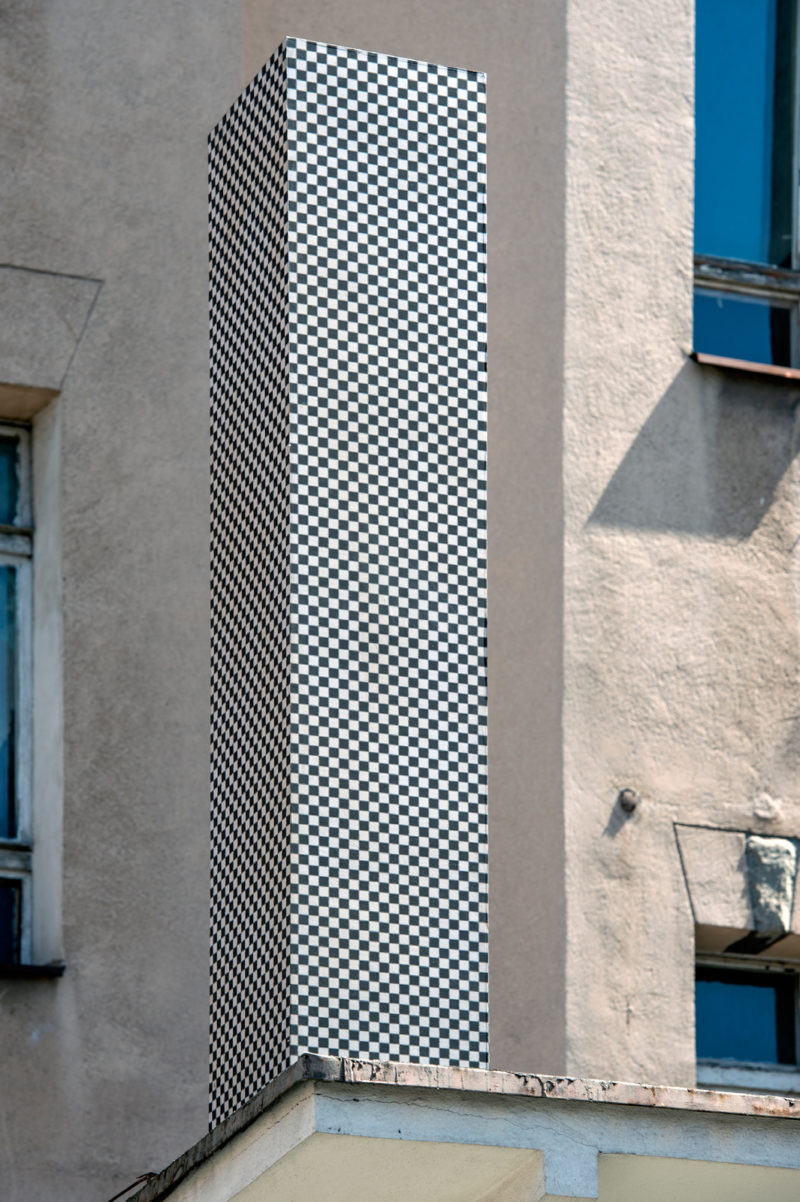 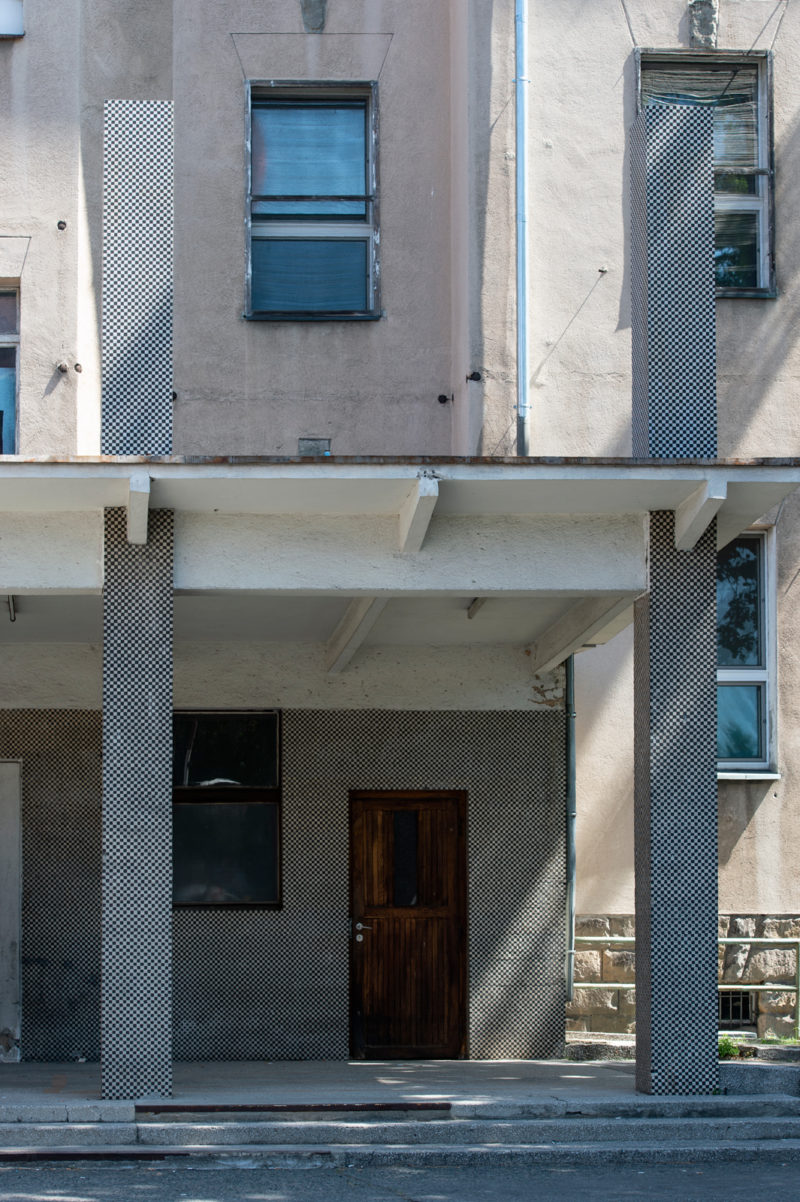 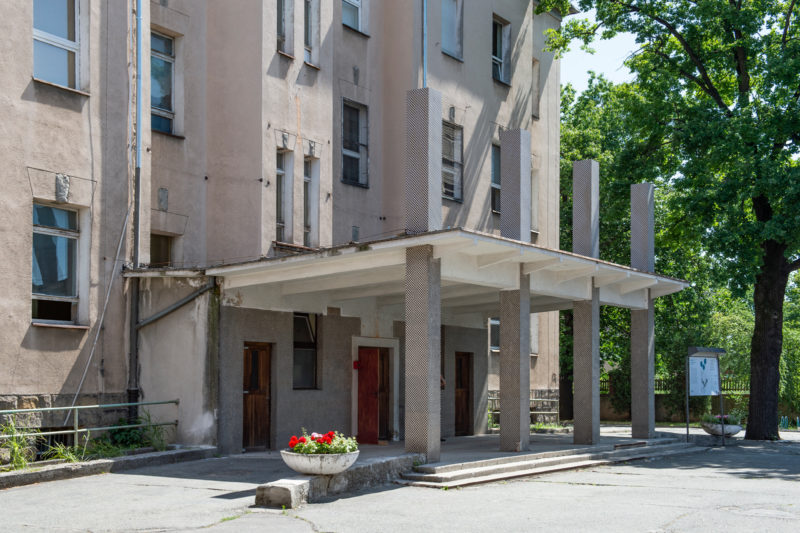 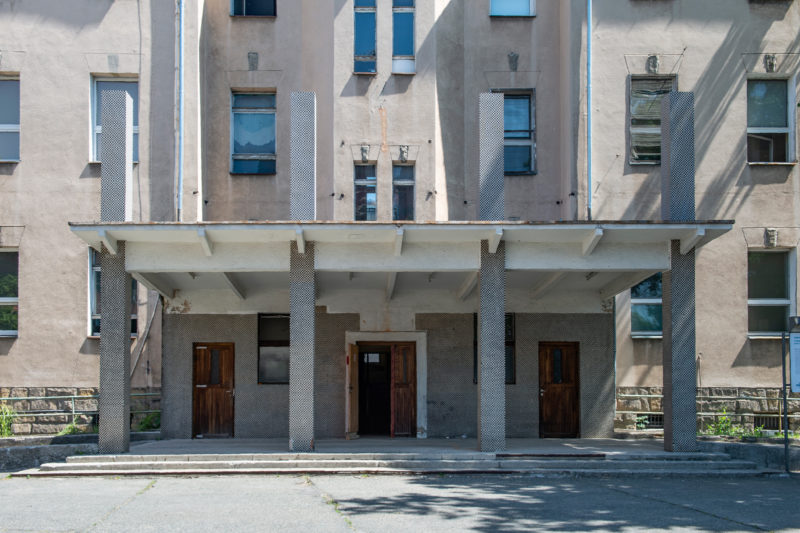