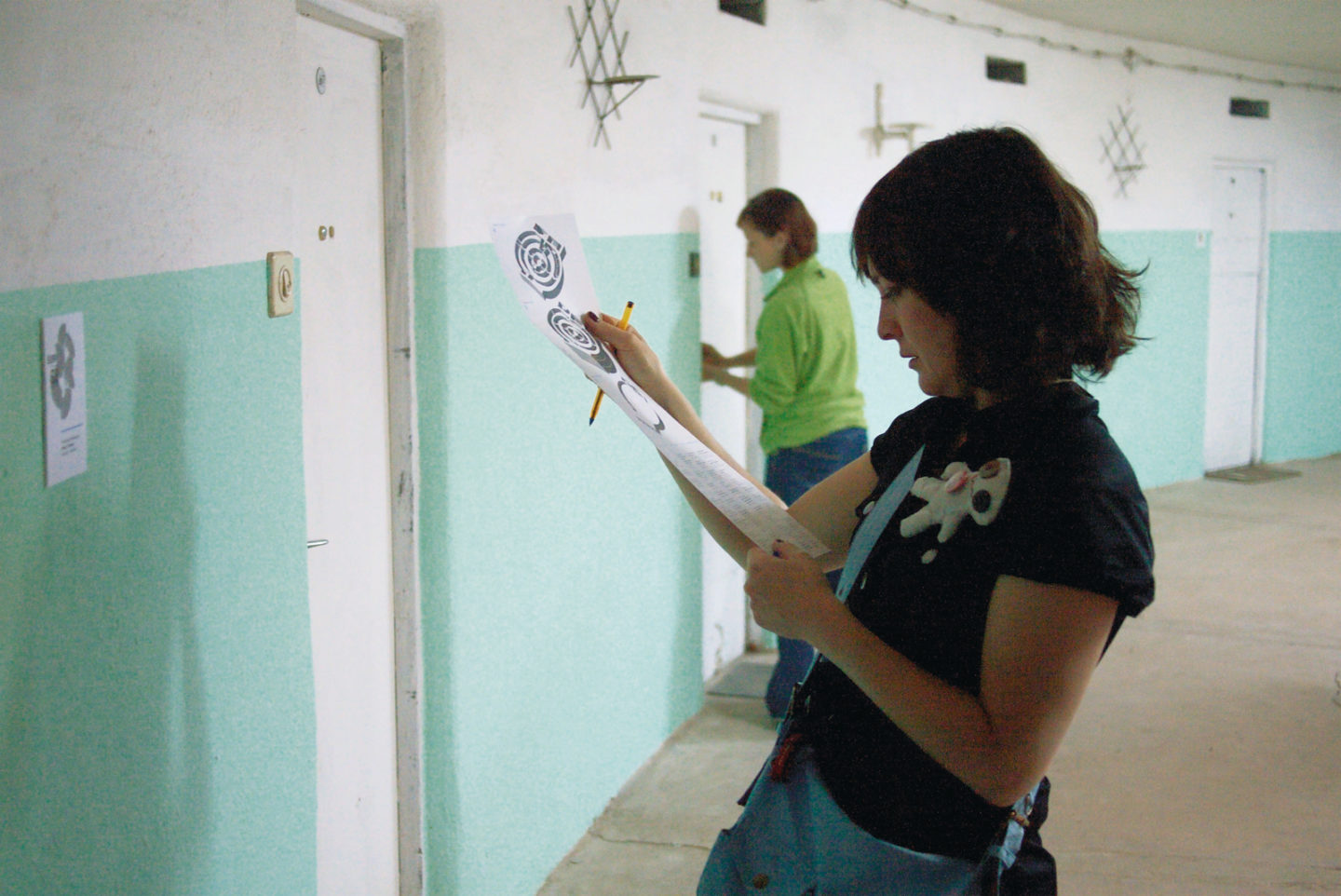 A plain-colour dado and a number of doors as if leading to flats in a long, brightly-lit corridor… In her installation ‘Dummy’, the artist used the surroundings which resembled the interior of a staircase in a block of flats, so-called panelak. This almost ready-made entourage was made complete with some props: spyholes, door han­dles, door locks, doormats. The almost-private space thus created, despite the presence of some objects which usually perform a decorative function, emanated void and coldness. Some visitors fell for the illusion: they pulled down on door handles, peeped through blank spyholes, rang silent door­bells. That was when the illusion was shattered. Originally, the numerous alcoves (doors) led to dozens of tiny rooms scattered on all levels of the bunker. These claustropho­bic quarters provided shelter to civilians during air-raids and bombings. This fact brought to light an additional aspect of the installation which, by showing the shelter as a temporary flat and forced accommodation, said that illu­sion is also a game between what is visible and what is, at a glance, invisible. 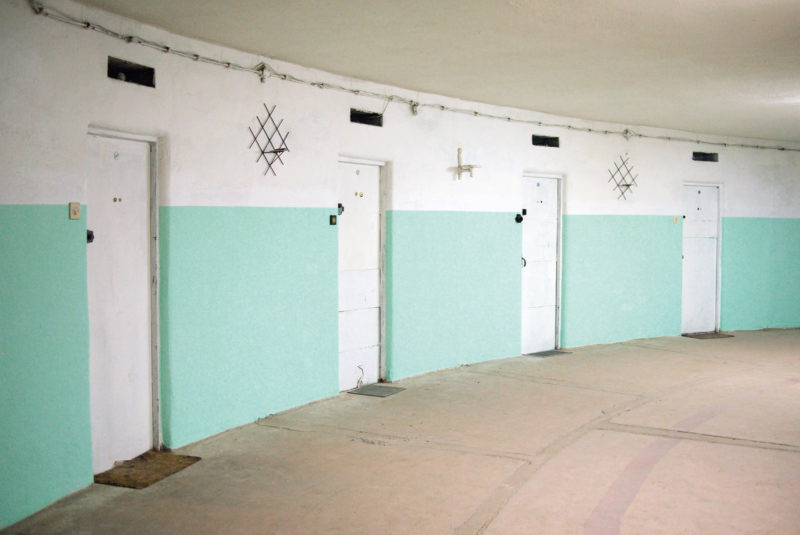