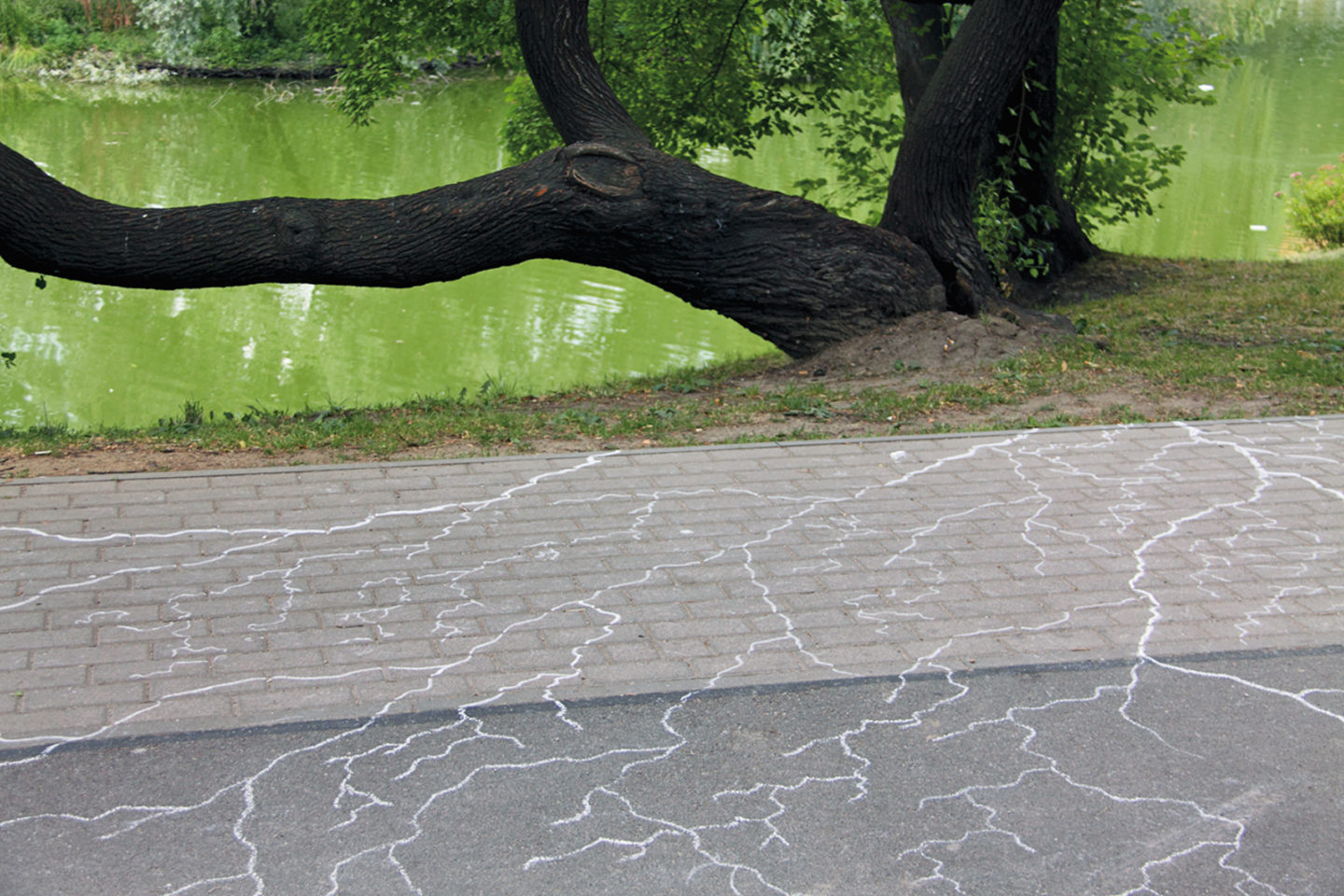 Krzysztof Grudziński’s work was created outside the competition, on the margin of the official artistic events of SURVIVAL. A drawing, created spontaneously on the surface of the pavement around the park, showed a maze of branches. Drawn with chalk, the floral pattern resembled the outline of shadows cast by bushes and trees. However, this subtle application rapidly lost its clarity, spread by passers-by, running animals, bicycles. Eventually, its fate was decided by a downpour, which, in just a few minutes, washed away the elaborate, dreamlike composition, which had been drawn for many hours. 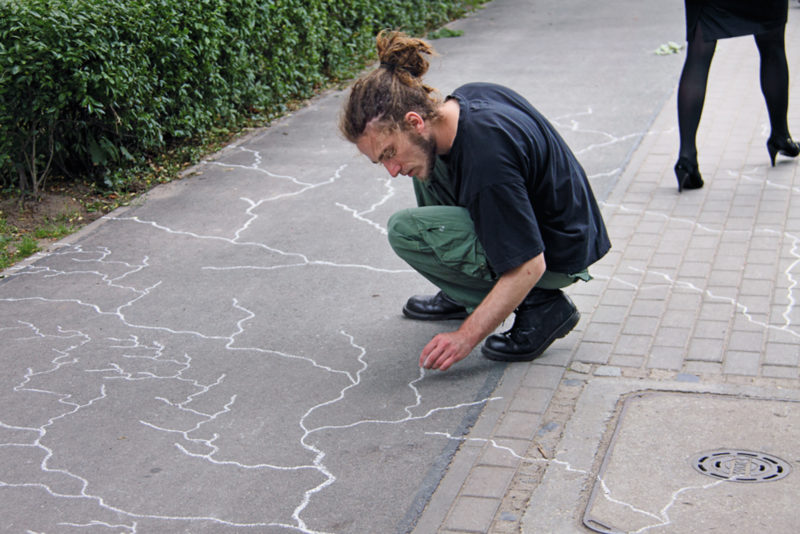 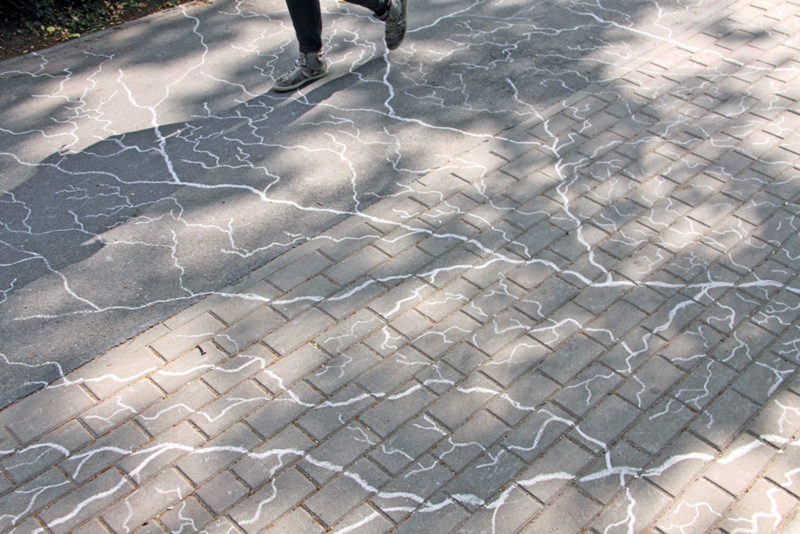