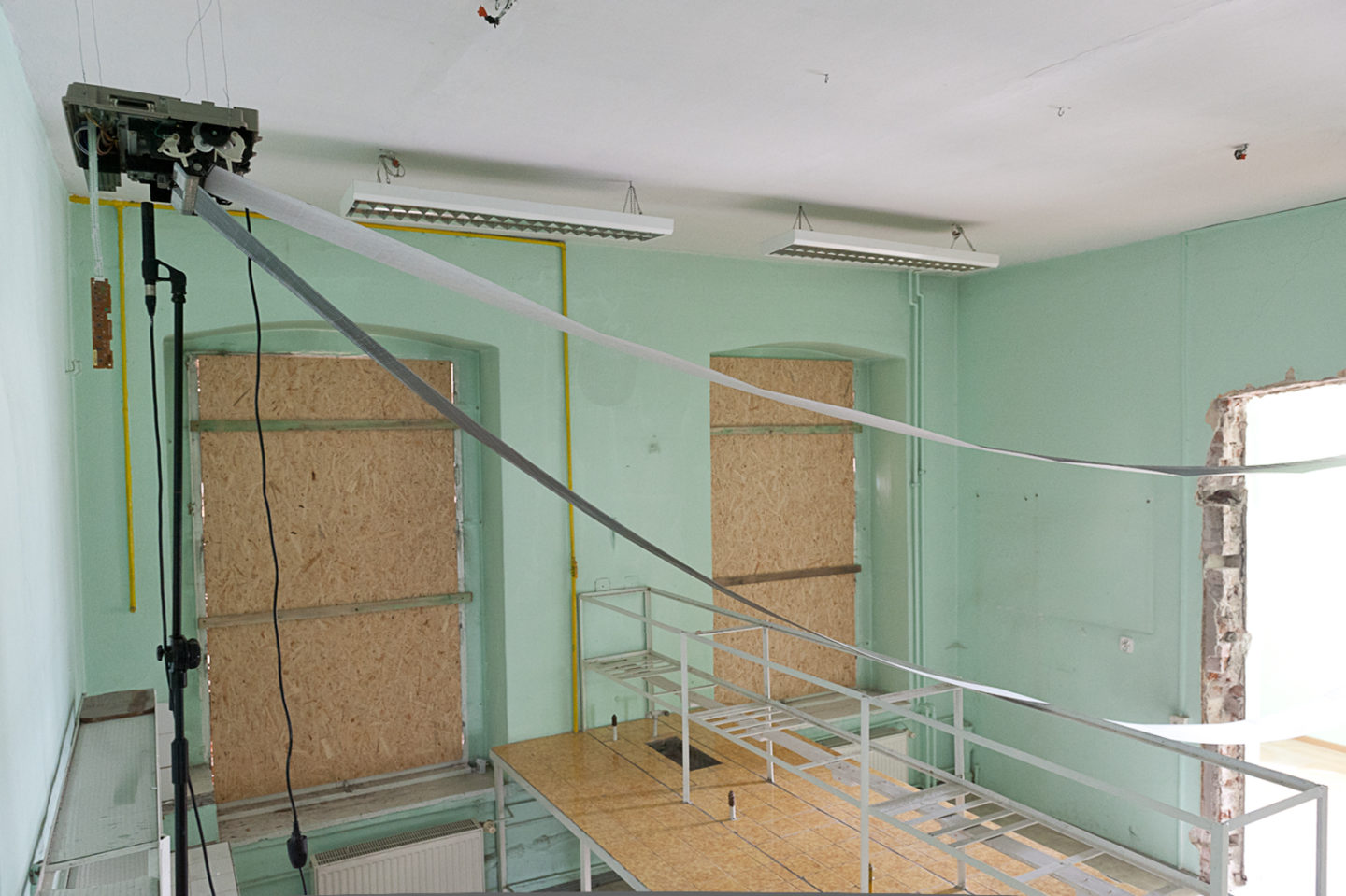 Combining sound with its generators, which became artistic objects in the viewer’s eyes, was a strategy that was supposed to cast doubt on the reality of the creative process. In Untitled, substituting artistic action with a process performed by machines manifested the relations between that which was planned and predictable and the chaotic and surprising. Two printers situated across the room constantly spat out sequences of characters on a long looped paper tape. The irritating sound of the devices was further intentionally amplified by connecting the printers to loudspeakers. When looking at the pointless process happening right in front of our eyes, the first association was system error. On the other hand, the inanimate equipment set in zealous incessant motion lost its primary function and acquired features of animate entities. 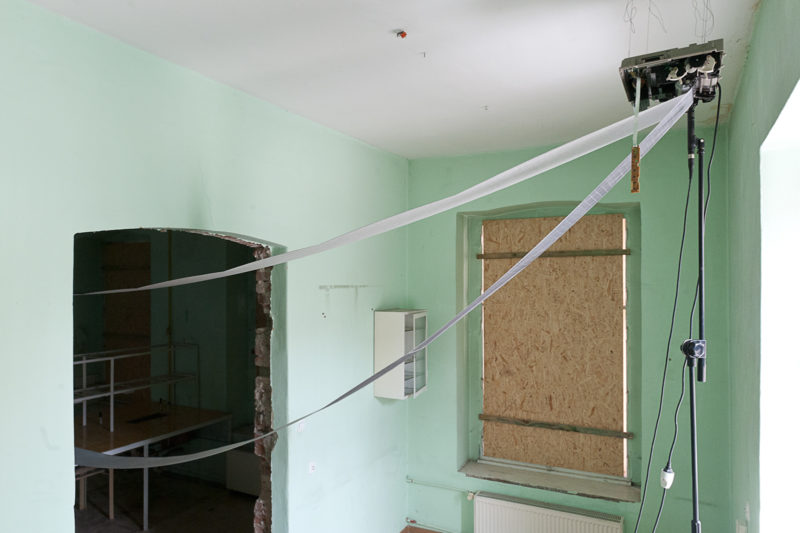 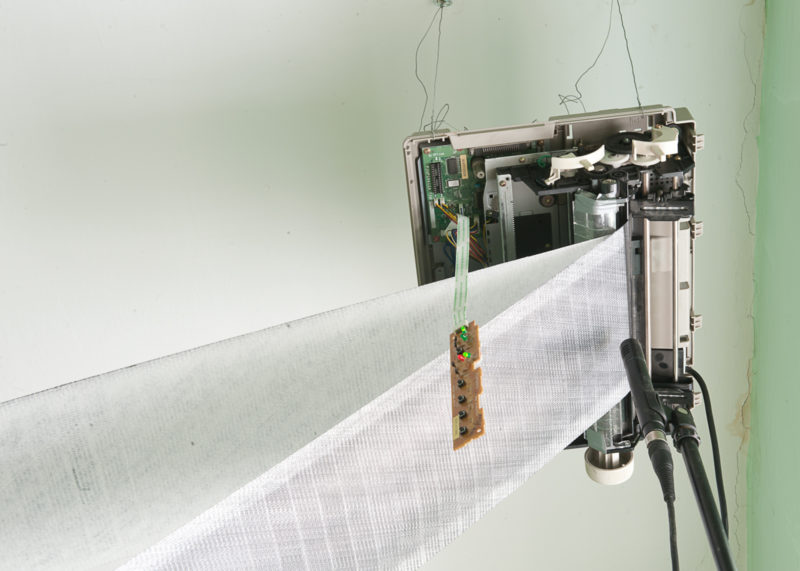 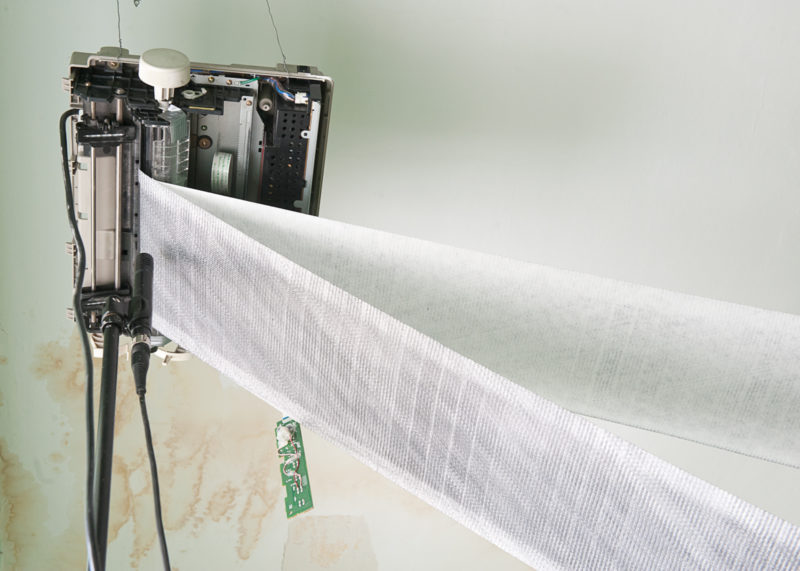 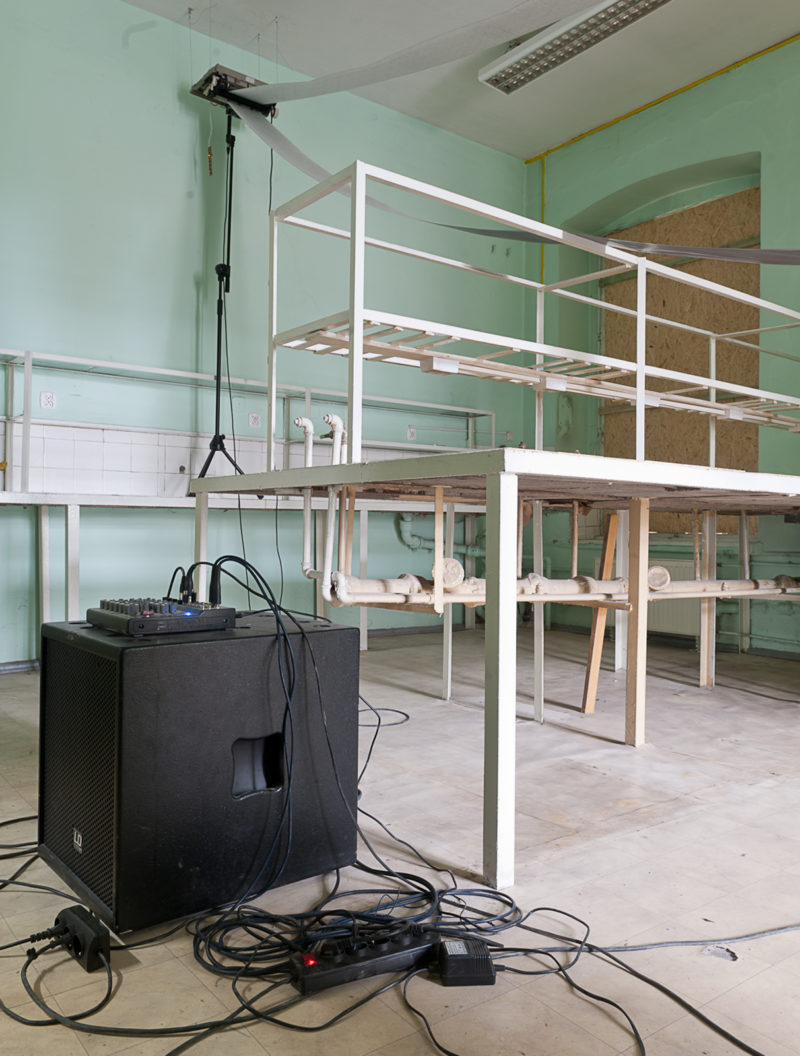 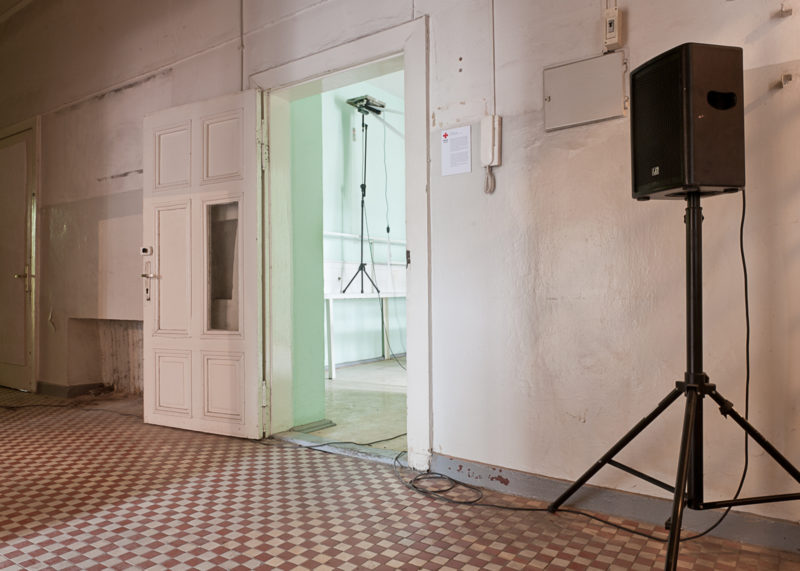