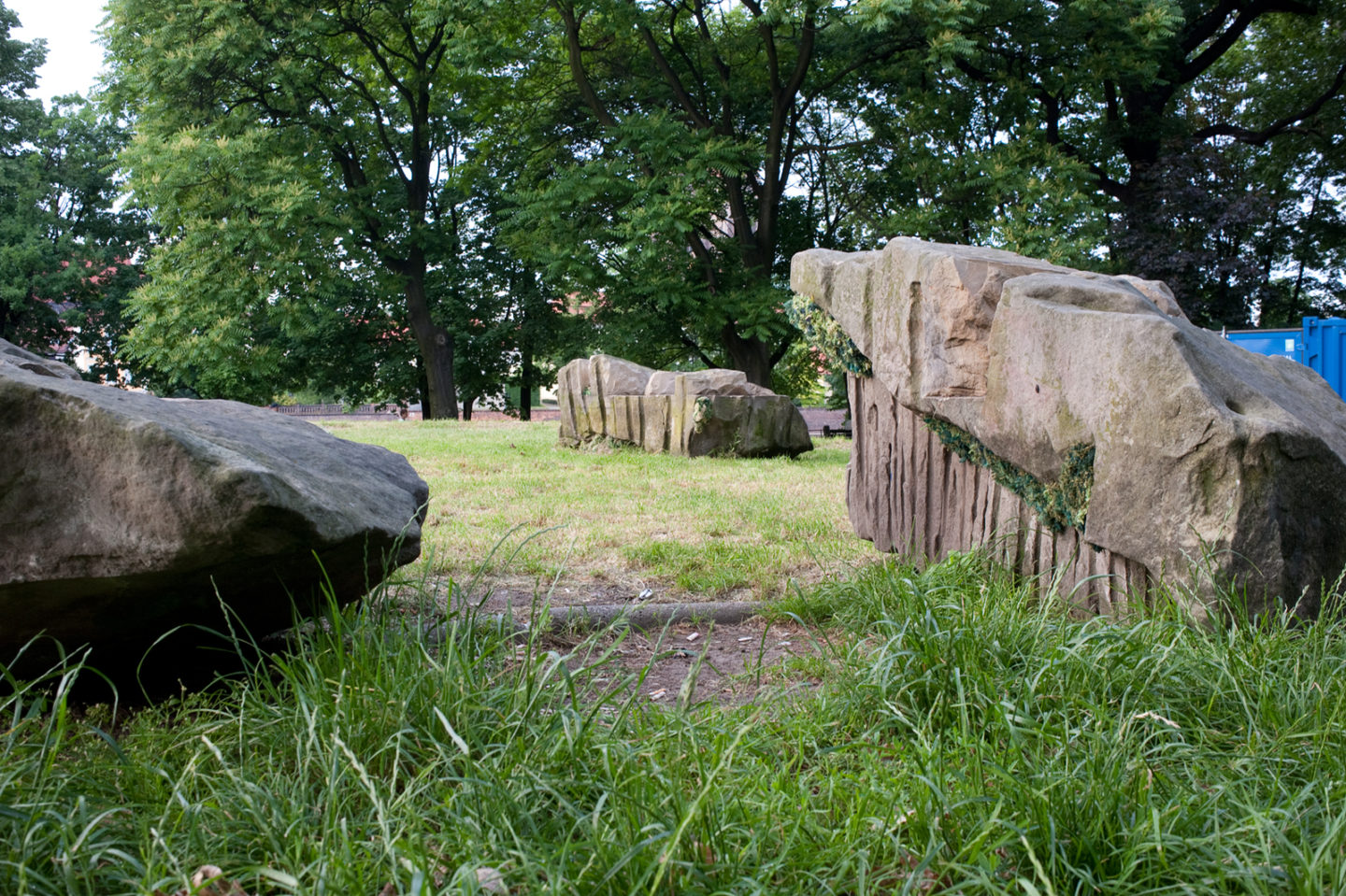 Agnieszka Brandys and Maja Kleszyńska’s installation was embedded in previously existing lapidarium-like stone forms in a park. The rocks, lying on a small hill overgrown with lush grass, inspired the artists to create a subtle intervention in their structure: a filling which imitated moss. The delicate, soft and warm matter was grafted in the rock cracks. Made from different types of threads, the imitation of lichen created an illusion which harmonised perfectly with the site.
Shortly after the end of the 11th edition of Survival, Tomasz Tomaszewski, an artist from Wrocław, expressed his reservations about the work. The cuts in the stones turned out to be part of an unsigned installation which the sculptor had created several years before. In that way, Agnieszka Brandys and Maja Kleszyńska’s installation, which had been intended as an ornament, unexpectedly revealed the complexity of all actions in the public space, their conflicting character and the inevitable piling up of ideas over a period of time. 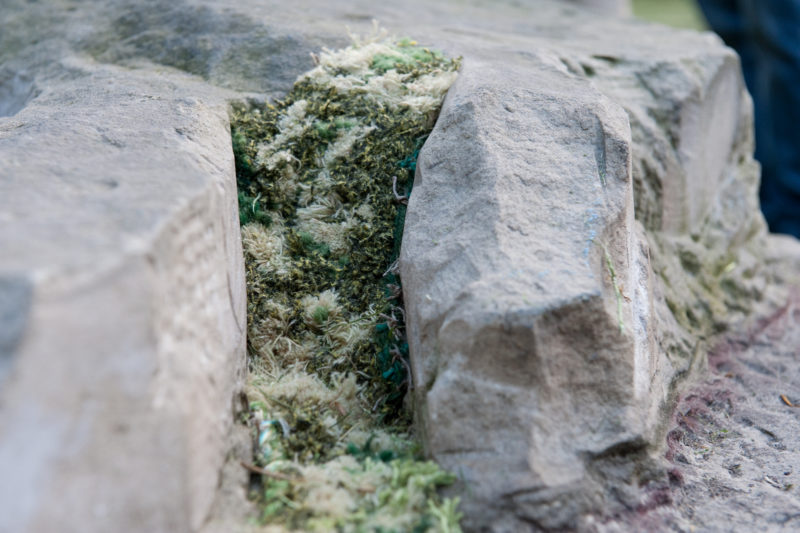 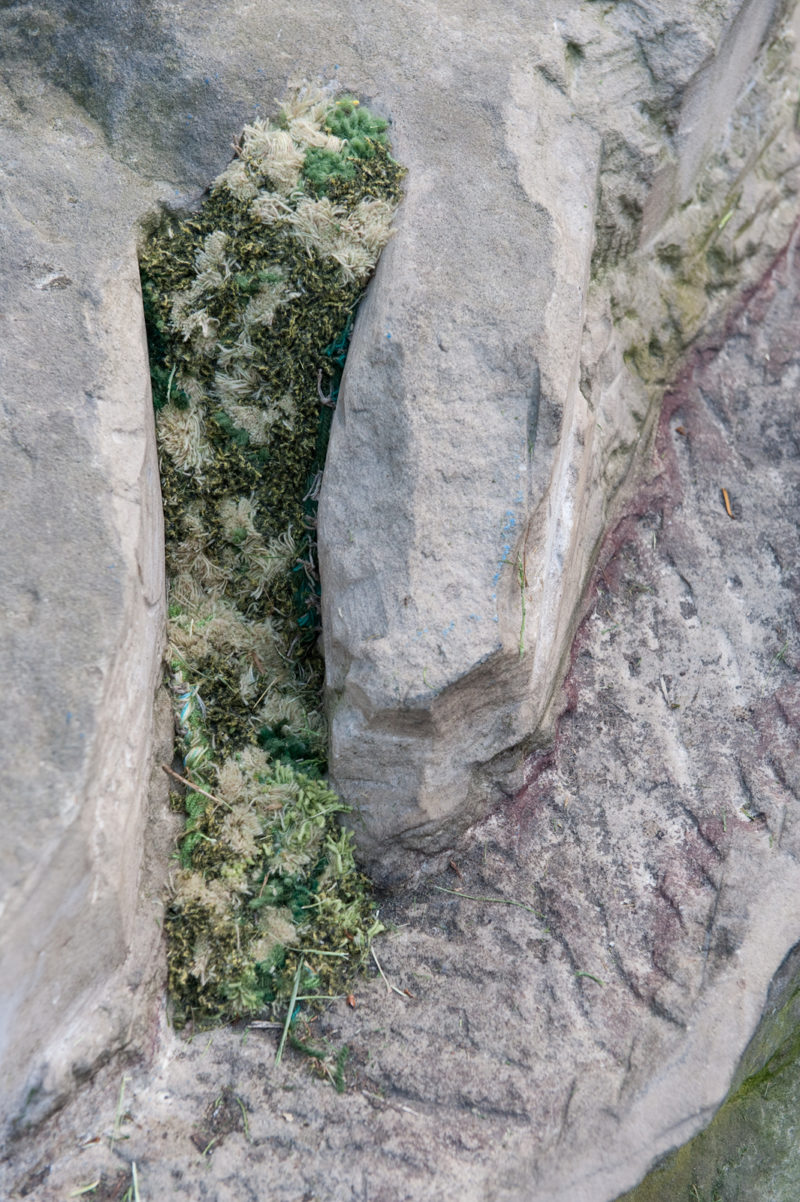 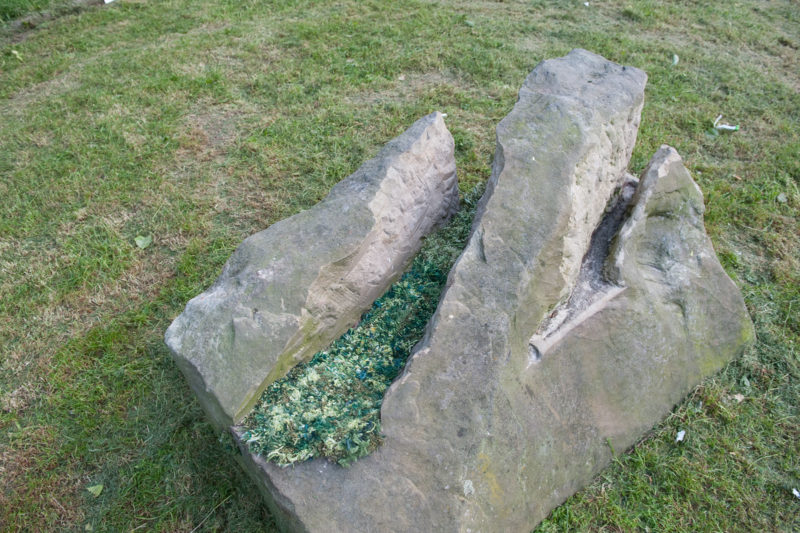 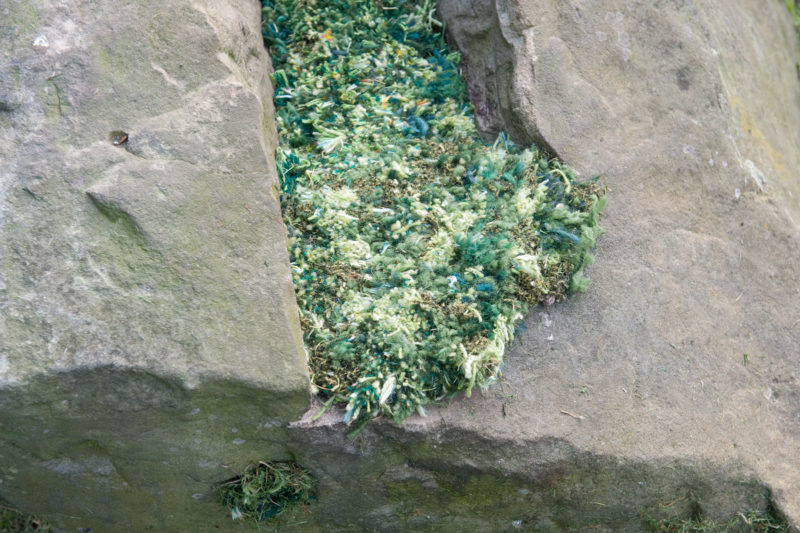 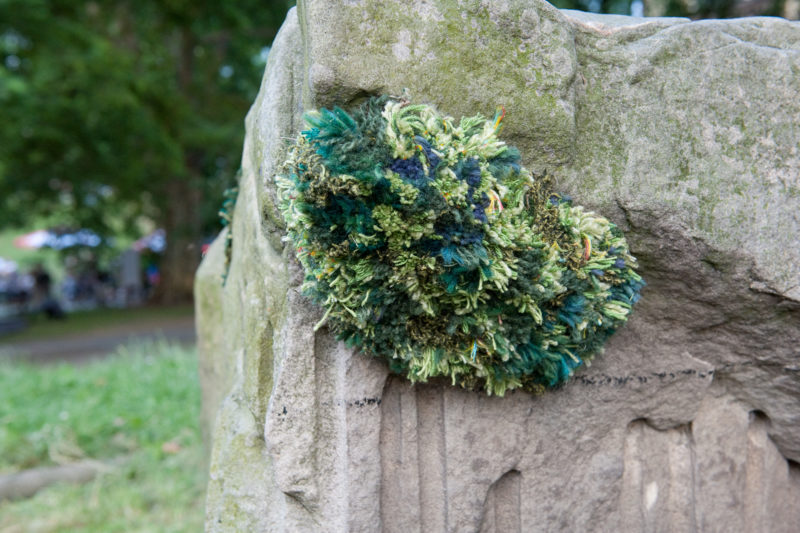 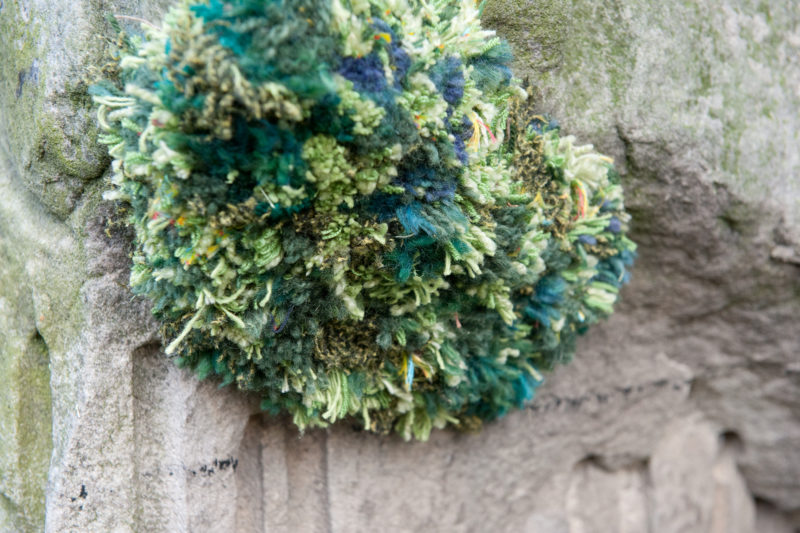 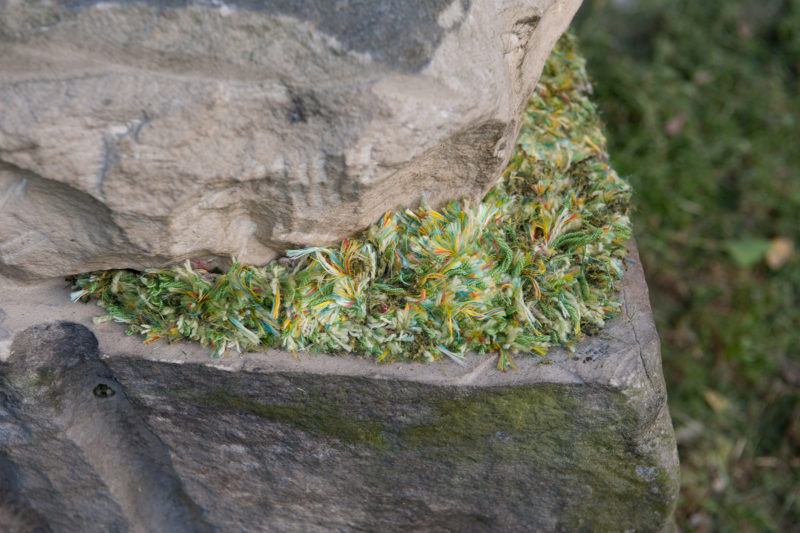 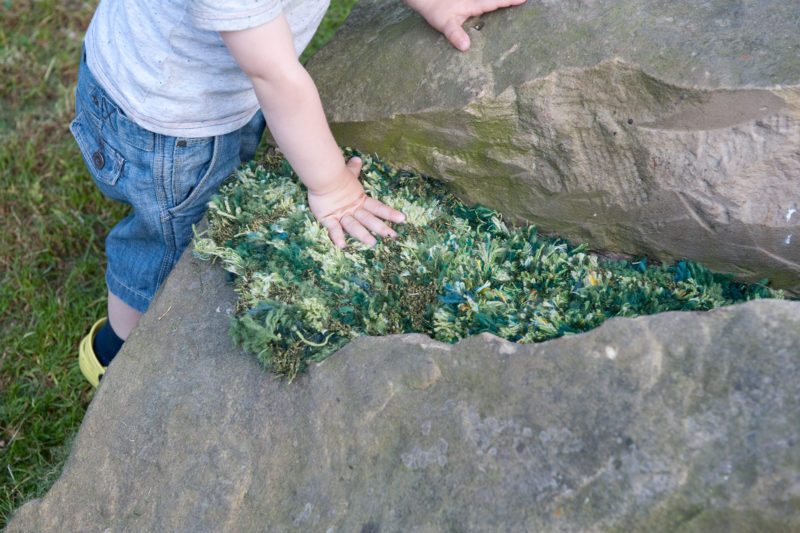