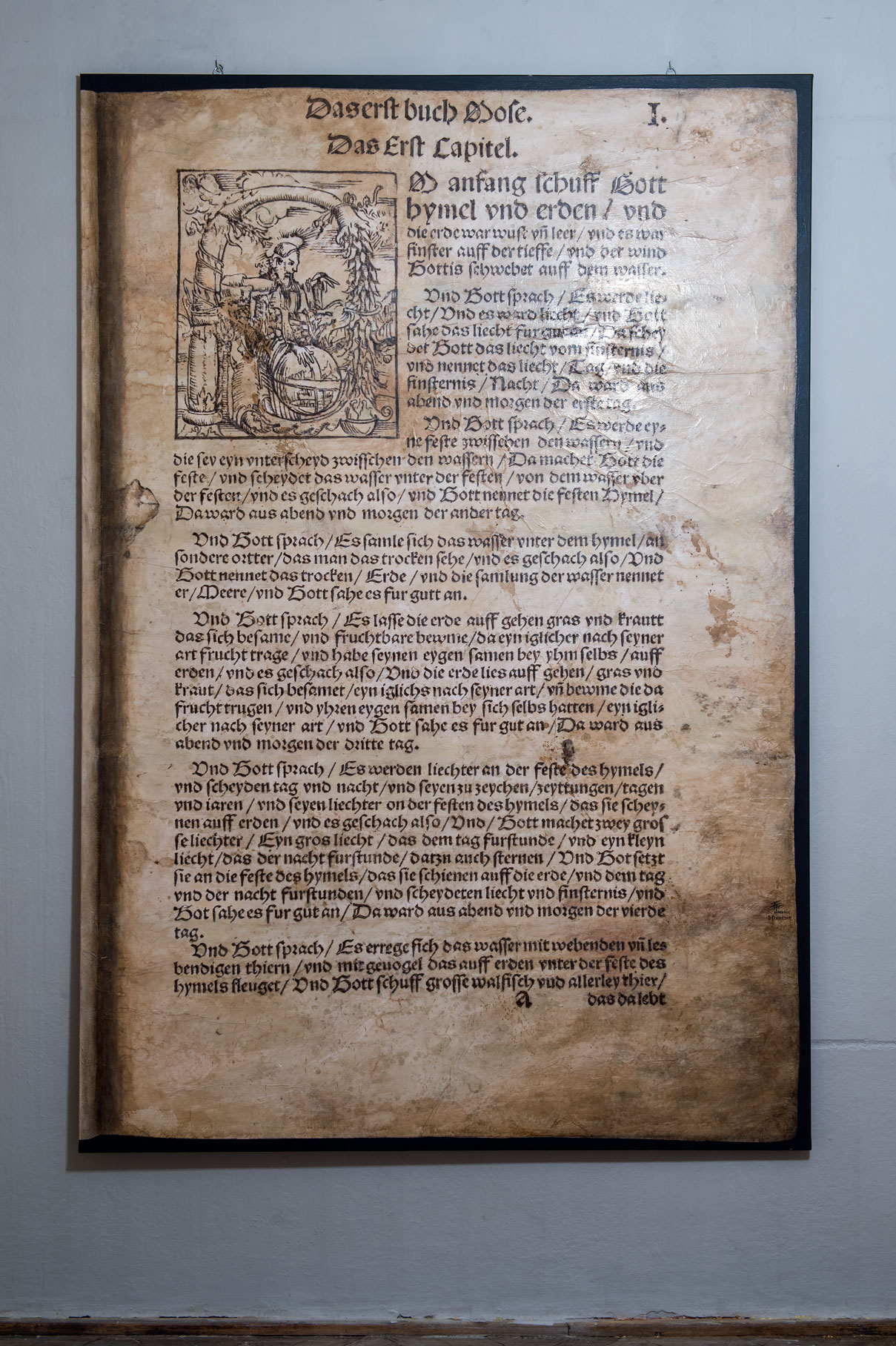 read by: Marcin Sztabiński, actor of the Dramatic Theatre of the Capital City of Warsaw

Tomasz Fronczek’s work shows how Reformation and the translation of the Holy Bible from Latin into German (which was made by Martin Luther in the first half of the 15th century) influenced the development and mentality of German-speaking nations, and consequently – the development of capitalism. “For the last six months I have been involved in the digitisation of old prints stored at the Archdiocesan Library in Ostrów Tumski in Wrocław. Among the books I found was one of the oldest complete publications of Luther’s Bible in German from 1535. The translation of the Bible, coupled with the invention of the printing press, which offered new possibilities of spreading publications, contributed to an increase in the religious and linguistic awareness of the masses, and significantly influenced the political situation in the Holy Empire. Later it contributed to the development of Protestantism, whose ethos of work legitimised the prosperity of the faithful, not just of the elites and clergy. The originally Slav town of Presslaw in the Middle Ages became the meeting point of various linguistic and religious cultures. Due to close connections with Wittenberg, the Reformatory ideas quickly reached Silesia, and the process was further accelerated by the advancing Germanisation. The change was solidified when the province was lost by the Catholic Habsburgs and acquired by the Evangelical Prussia in the mid-1700s. Controlling the rich Schlesien, Prussia, and later the entire country of Germany, became a European power in the age of the steam machine. It was in this favourable period that the Protestant family of Wallenberg-Pachalys settled down in Breslau, built a palace and ran their bank…” T.F. The large-format handmade drawing of the first page of Luther’s Bible is complemented here with an audio recording – a recitation of the lyrics of Jacek Kaczmarki’s song Martin Luther. 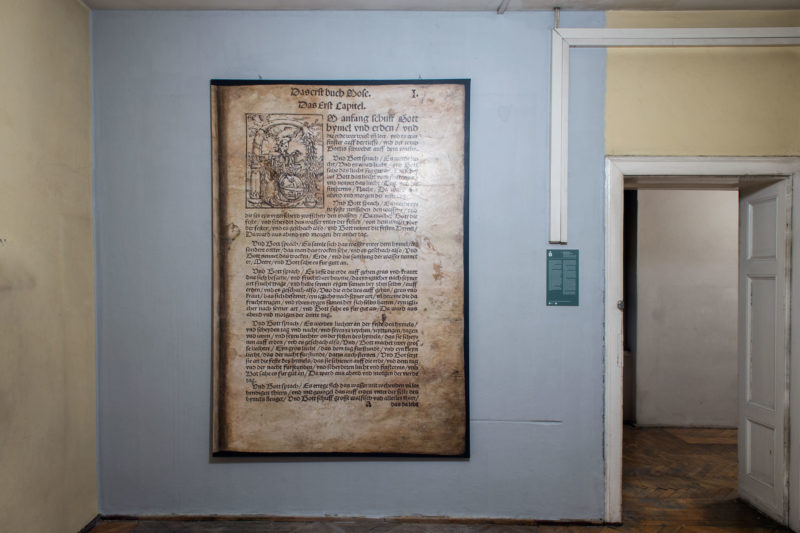 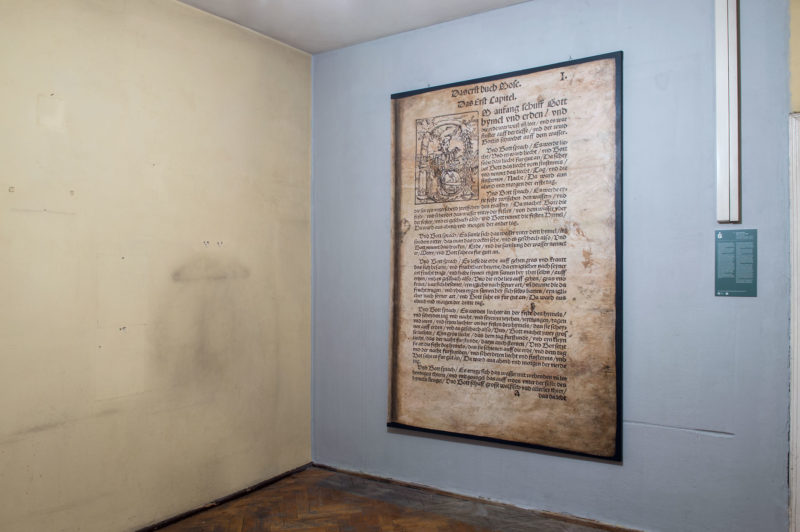