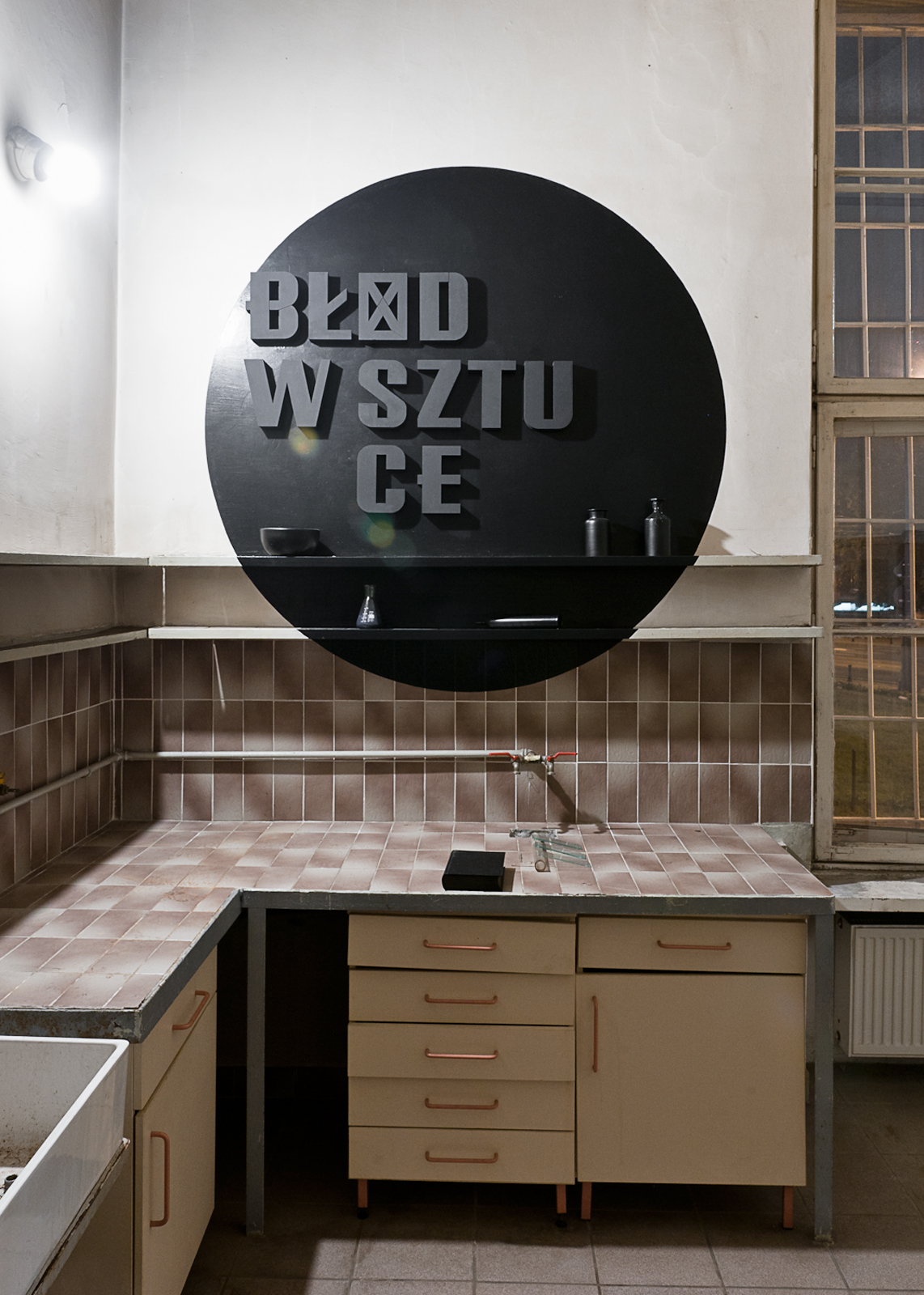 The installation was a graphic intervention in the space of the building, an economical and surprising visualisation of the notion of malpractice. The black circle on the wall was like a virus that infected its surroundings – the black shelves and black items on them blurred in with the black background, bringing to mind an unsuccessful chemical experiment. The minimalist form was accompanied by simple typography, which endowed the work with a typically illustrative character in spite of its three dimensions. In the context of the abandoned Faculty of Pharmacy building, the installation could be interpreter on many levels, both with reference to medical practice and to errors made in the area of making art and managing culture. Paluch’s work was a pessimistic (or maybe: realistic?) statement referring to the motto of this year’s SURVIVAL: ‘City – Inflammatory State.’ 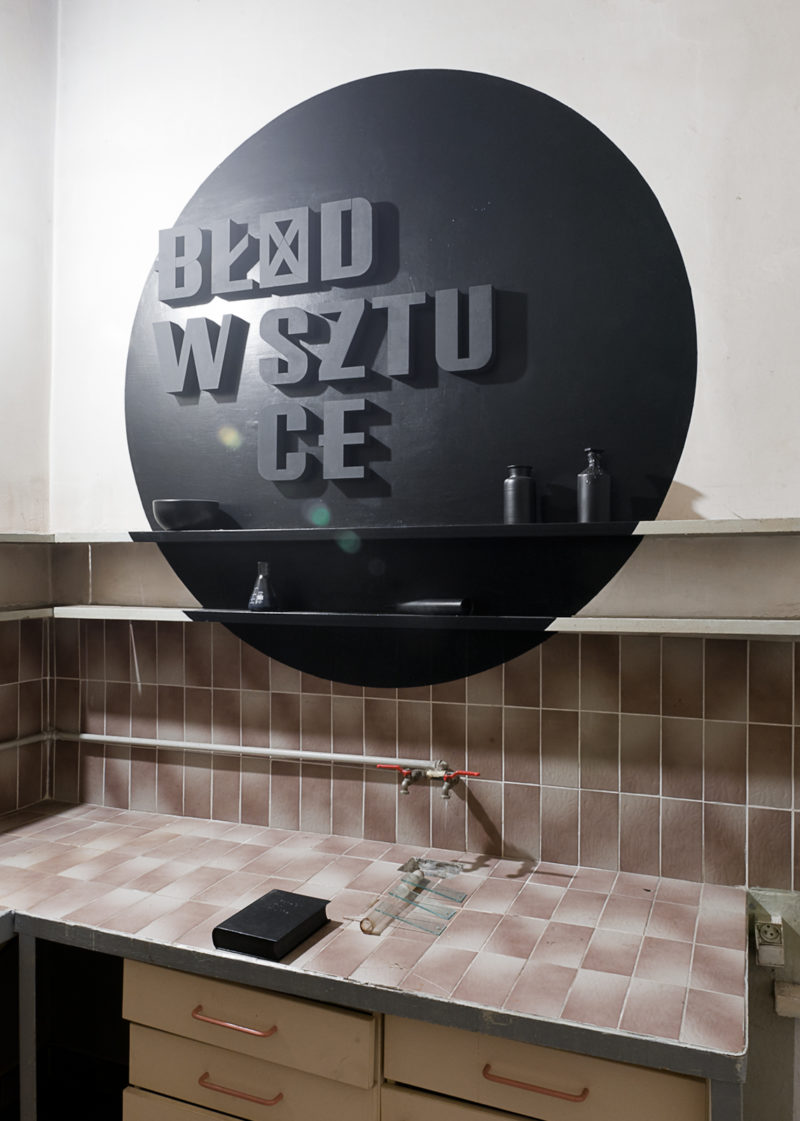 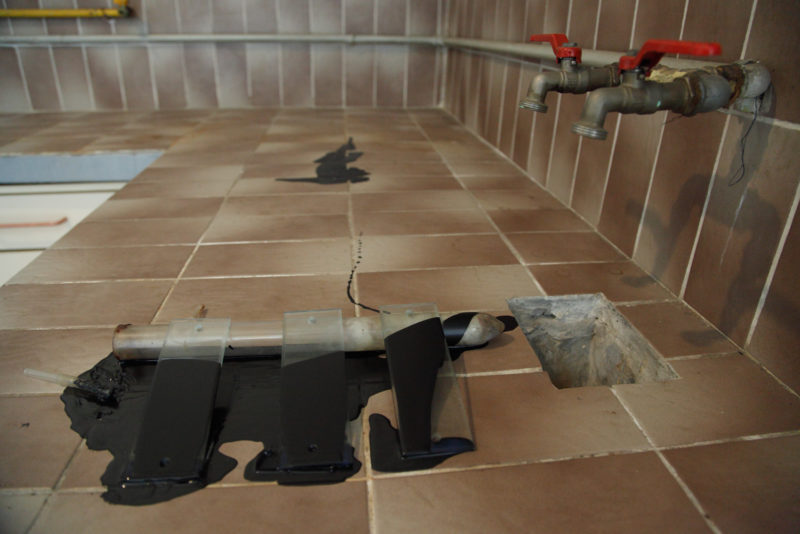 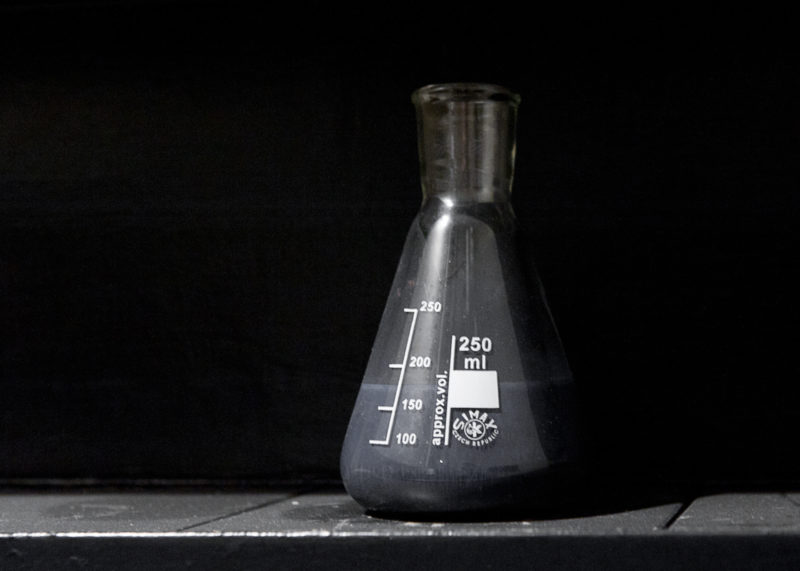 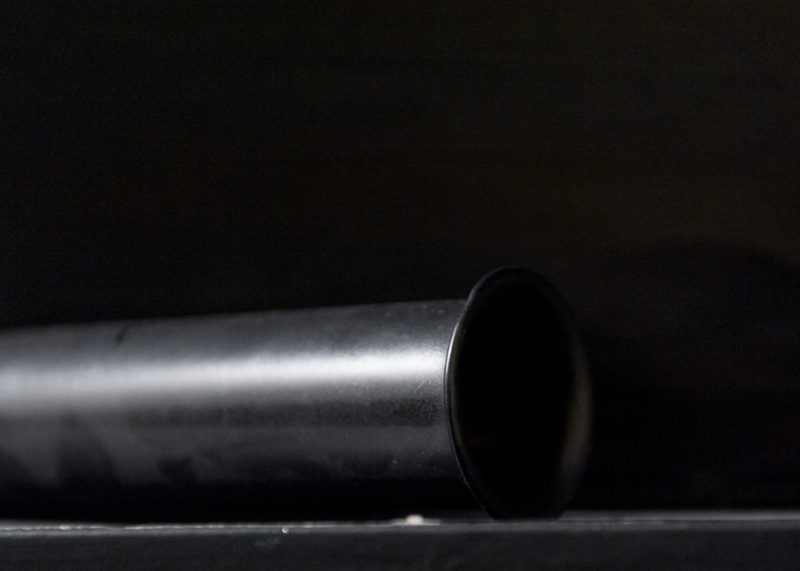 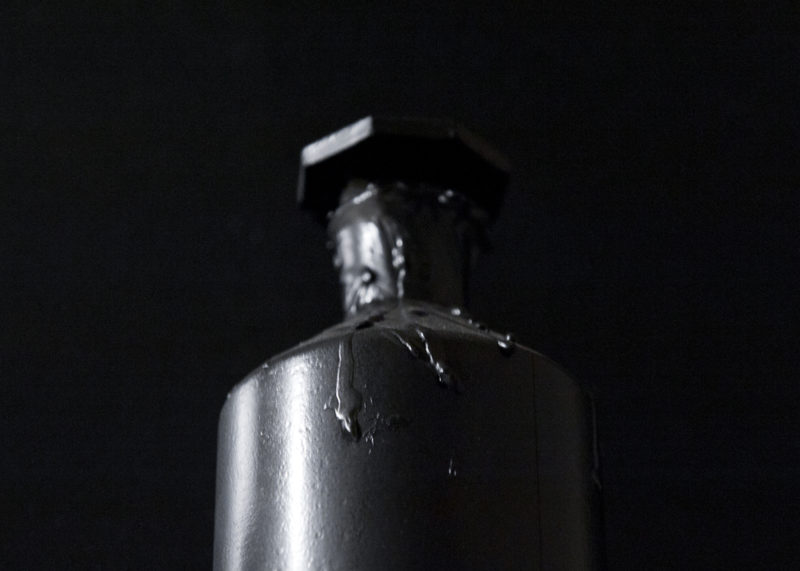 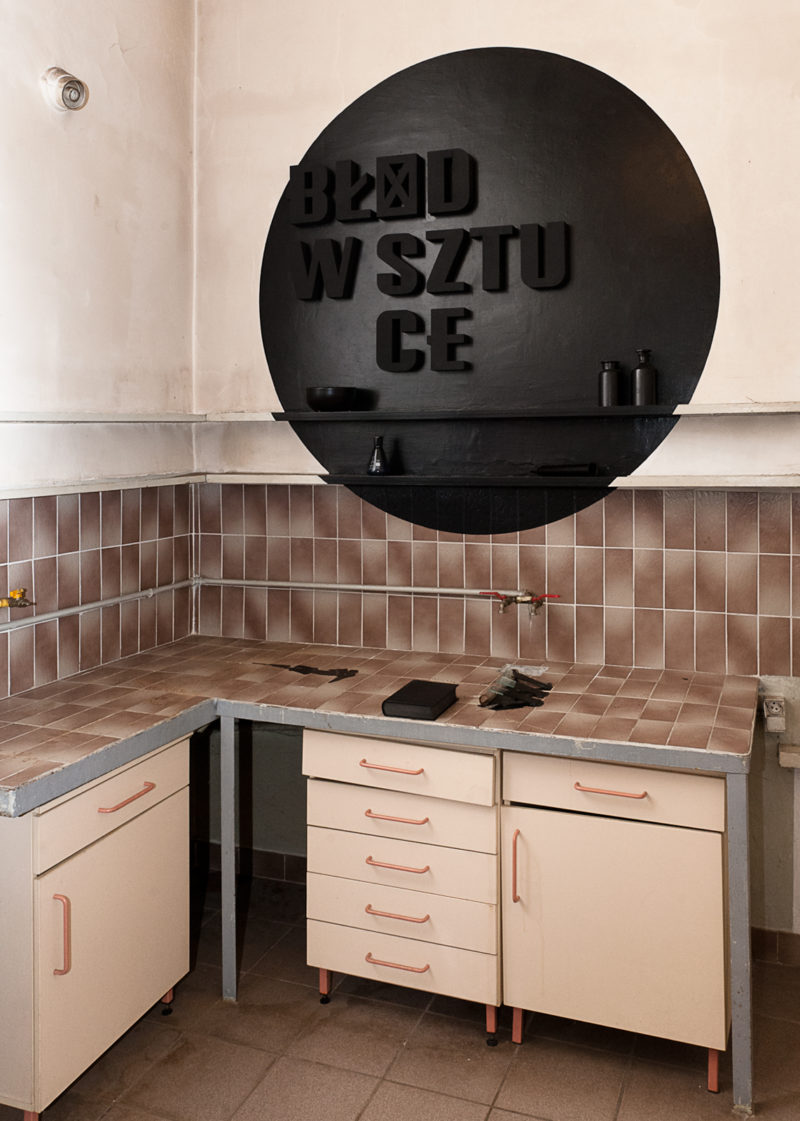 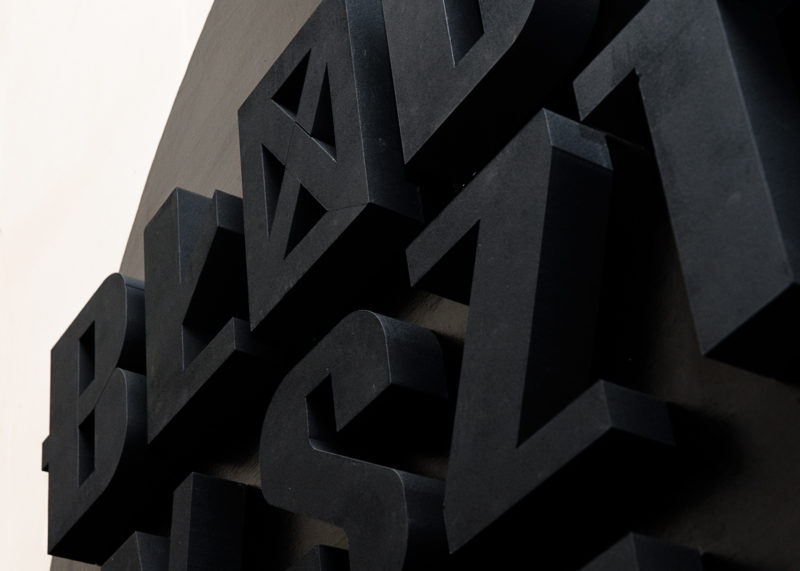 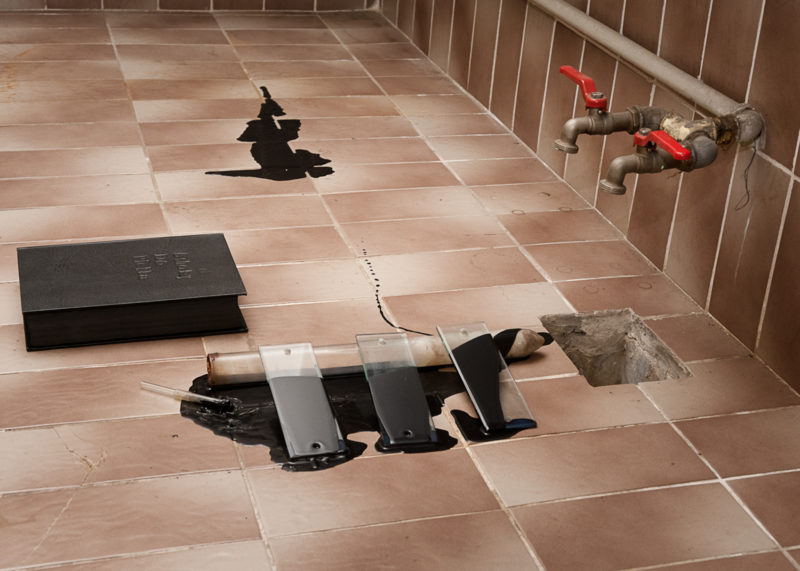 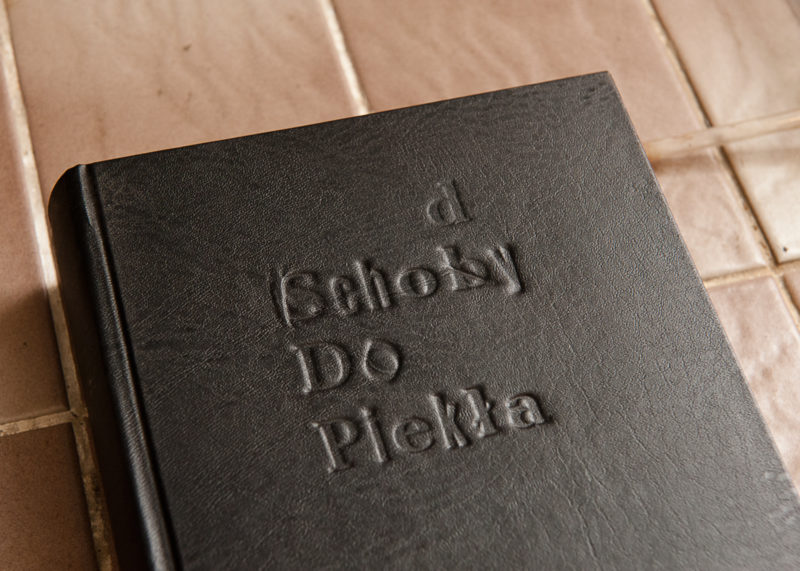 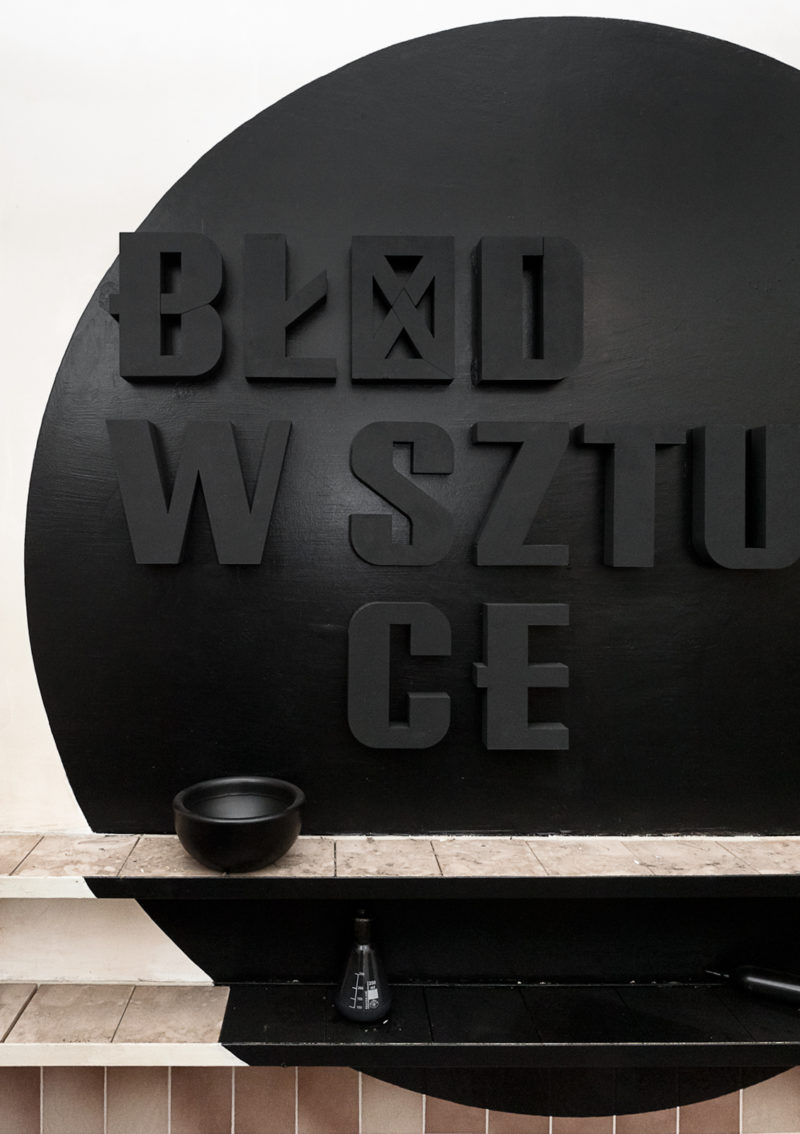