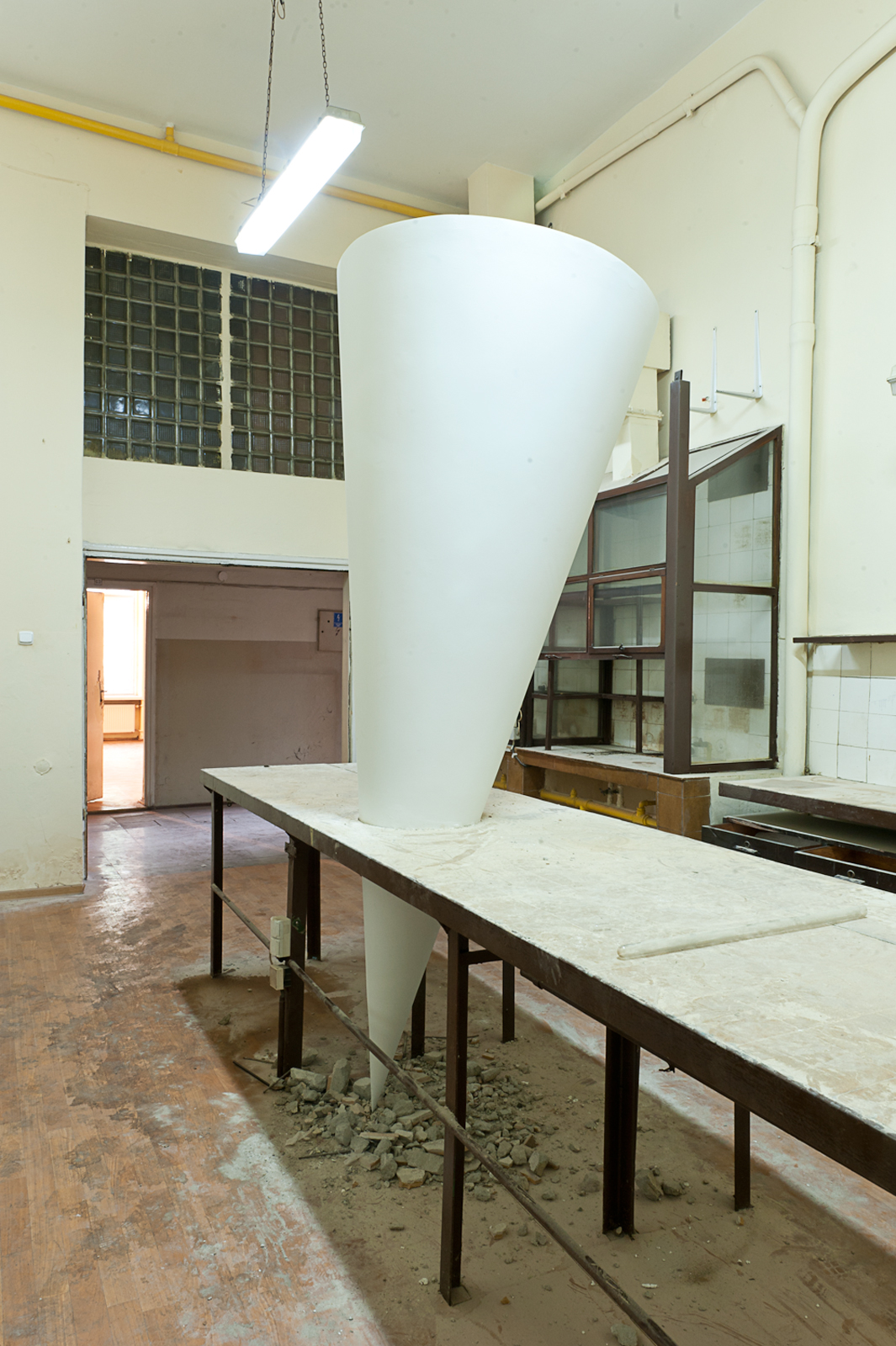 Left alone for many years and subject to deterioration, the interior of the former Faculty of Pharmacy had taken on a peculiar aesthetics. The equipment that reminded us of a time long gone carried the patina of age and had long lost its scientific and academic character, turning into fantasy-like theatrical props. The entire assembly of useless furniture, devices and infrastructure had the aesthetic force to dominate any newly-added element. In the lab, inclusion bodies and pathogens were not only normal but even desirable, posing a challenge that had to be faced. Thus the inclusion of a foreign body in this space could be seen as continuation of scientific observation of anomalies, but also as an act which endowed the dilapidated surroundings with a new meaning. It was possibly the final spasm of life before the place changes its function, and as such it shall be remembered for a long time.

definition: an object or piece of extraneous matter that has entered the body by accident or design, which usually makes it more difficult for organs to act normally. Analogously, in case of a space it is an object or other space that is in contradiction to its inherent logic / function. 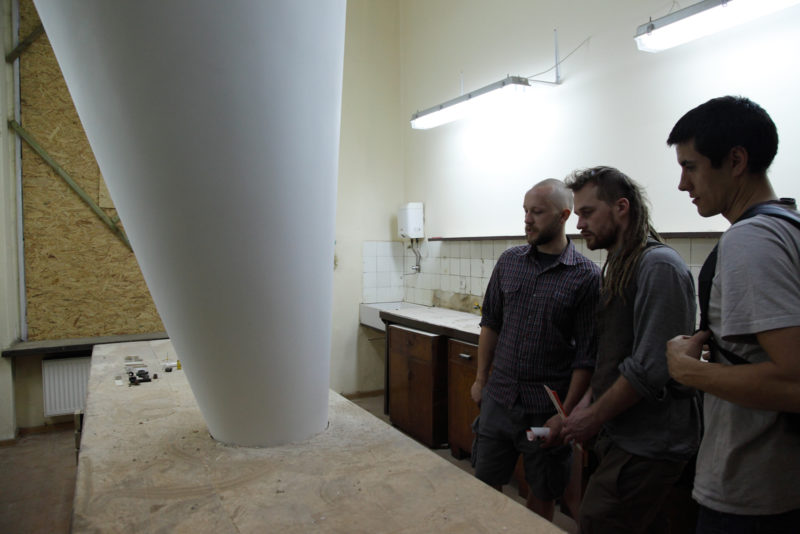 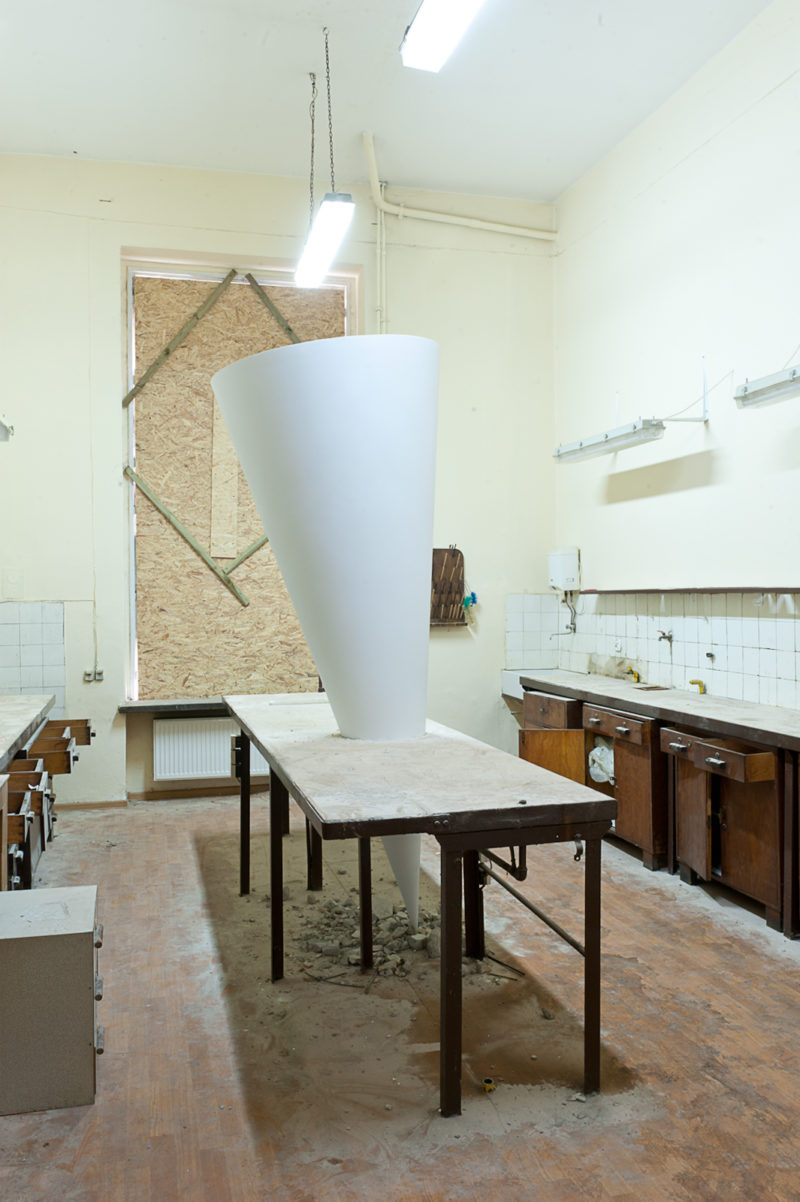 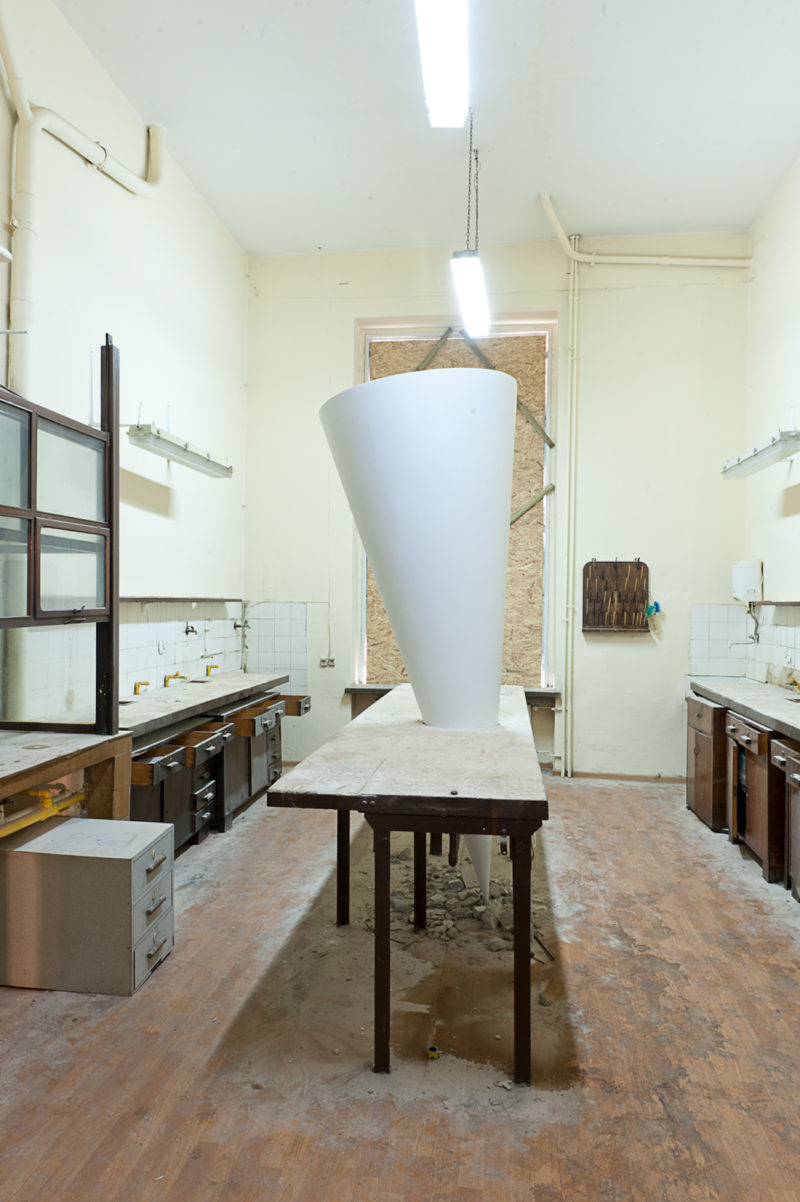 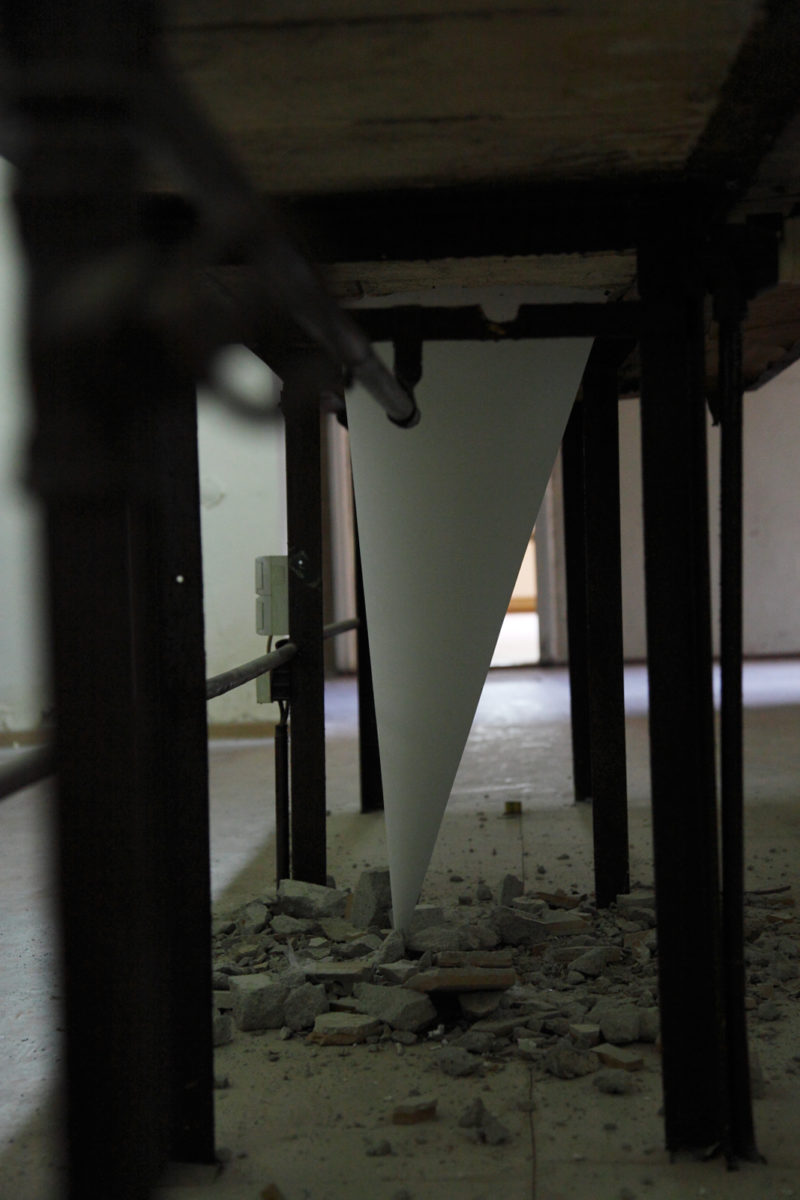 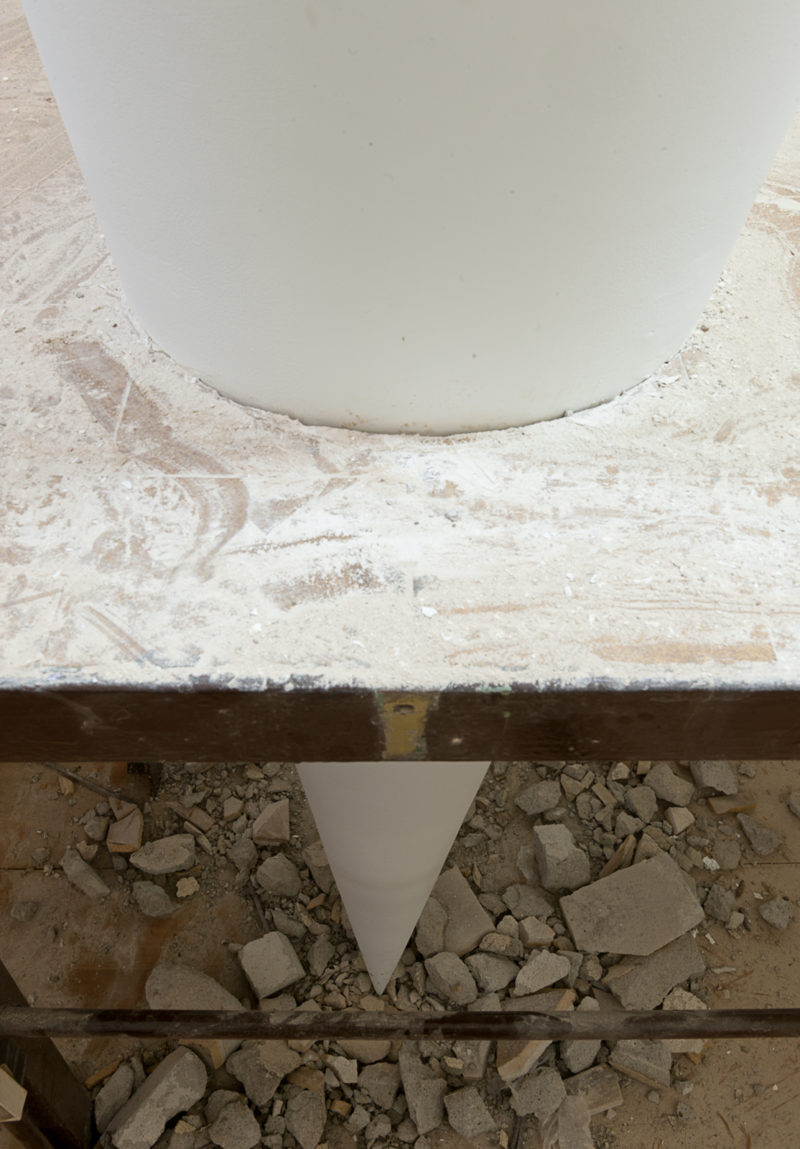 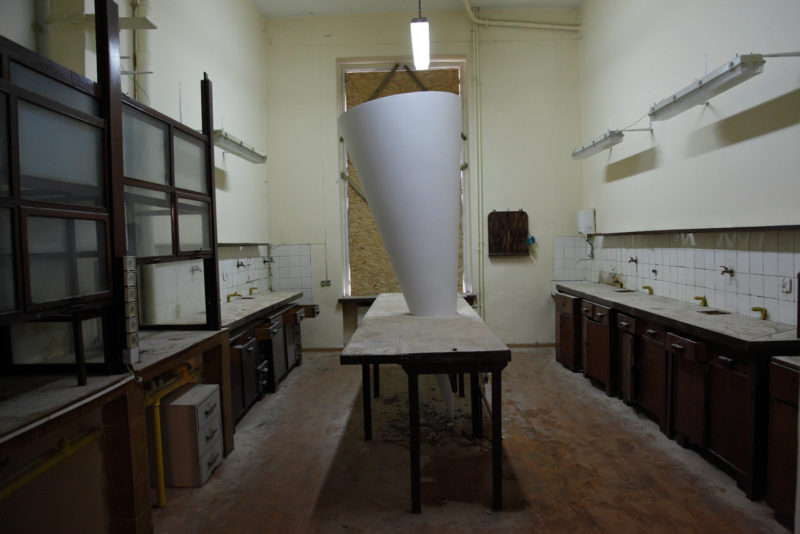 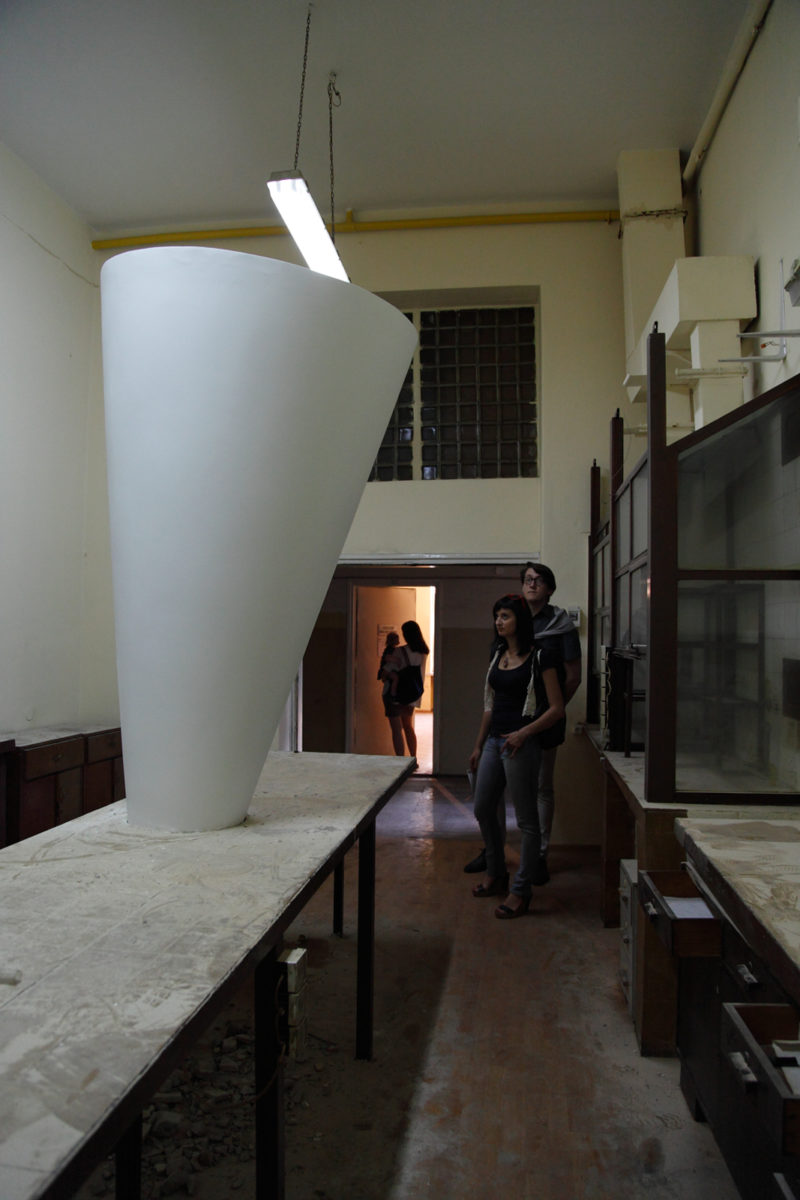 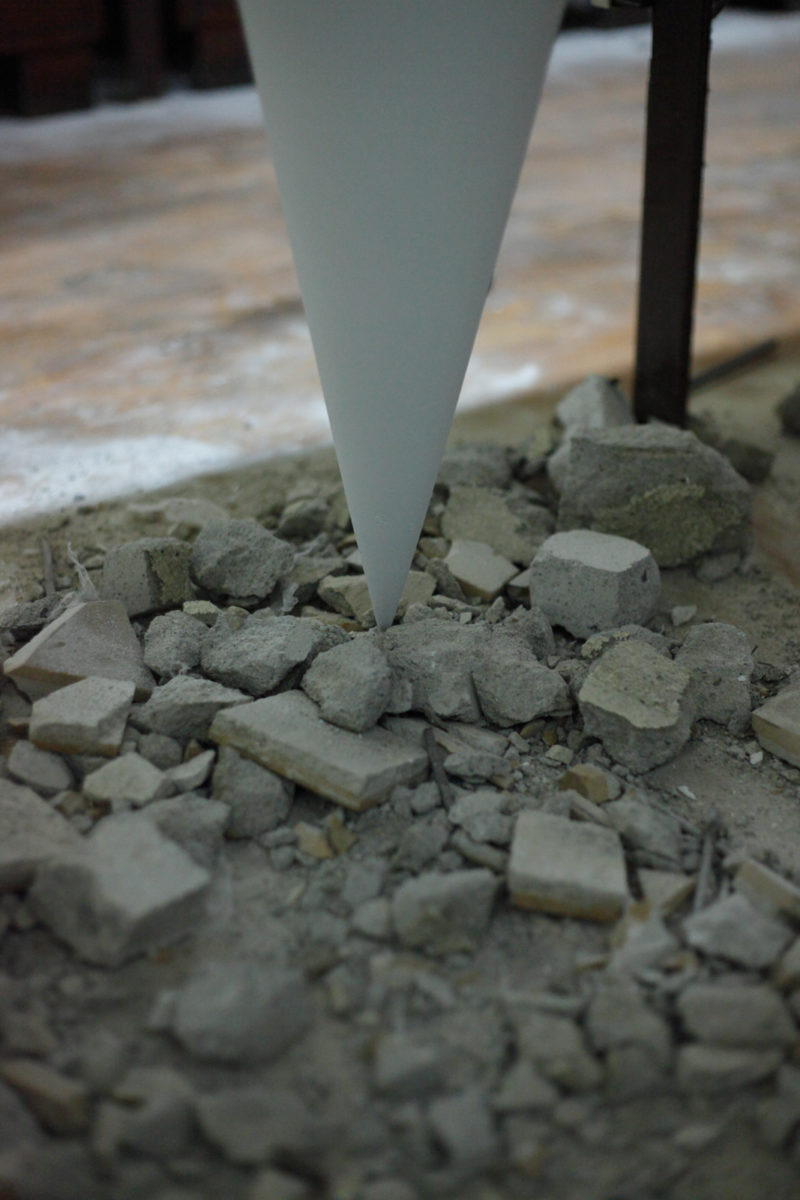 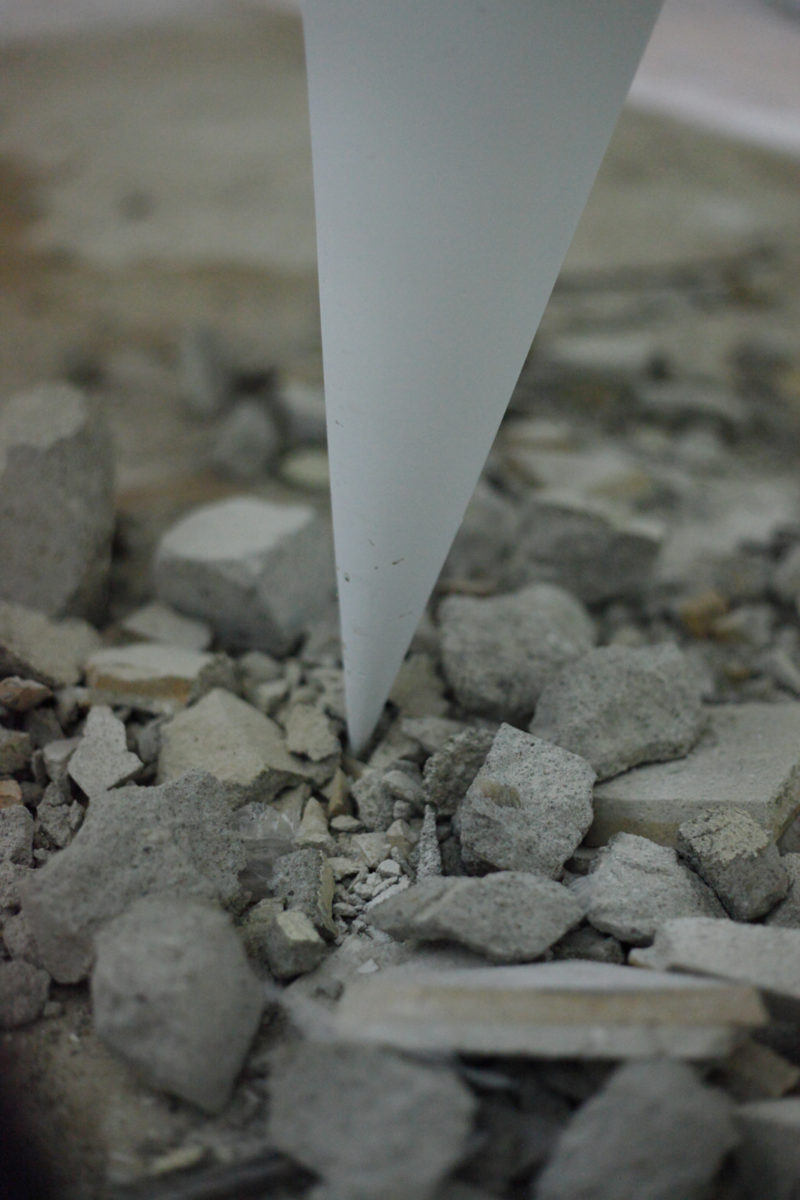