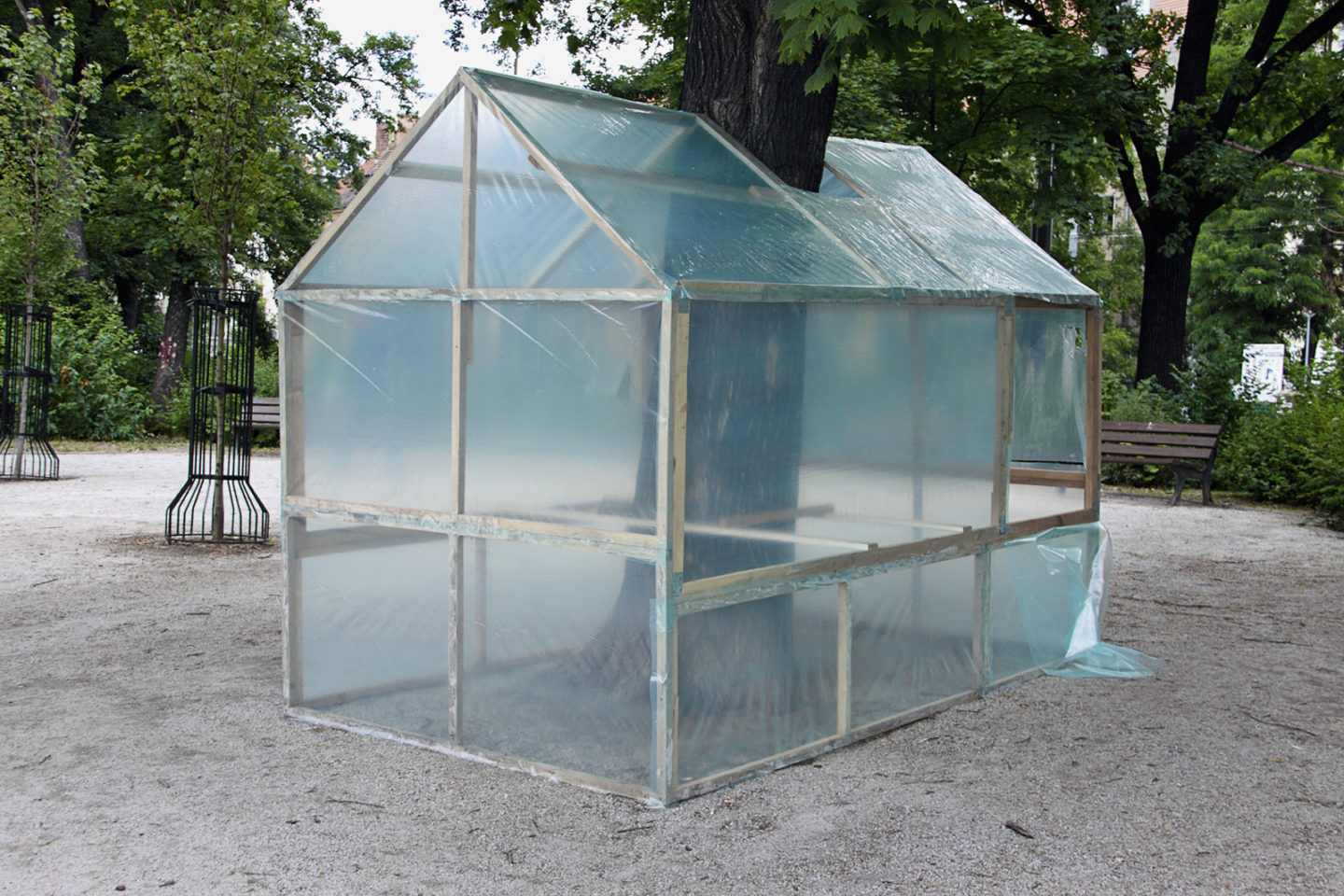 Ewa Kubiak’s work was an object resembling a greenhouse. A rather small construction, made from wood and plastic film, surrounded and ‘protected’ a much larger tree. It looked as though the thing that needed protection had outgrown the protector and become a threat – a potentially dangerous, untamed force. The Greenhouse of Pain is a commentary on the relations between the city and the park or, to put it more broadly: the nature and that what is cultural. Although fully dependent on nature, culture orders nature’s chaotic vitality, which leads it to an erroneous assumption about its primacy. Nature in urban conditions, seemingly fragile and needing protection, is in fact a potentiality of chaos: of luxuriant and untameable flourishing. 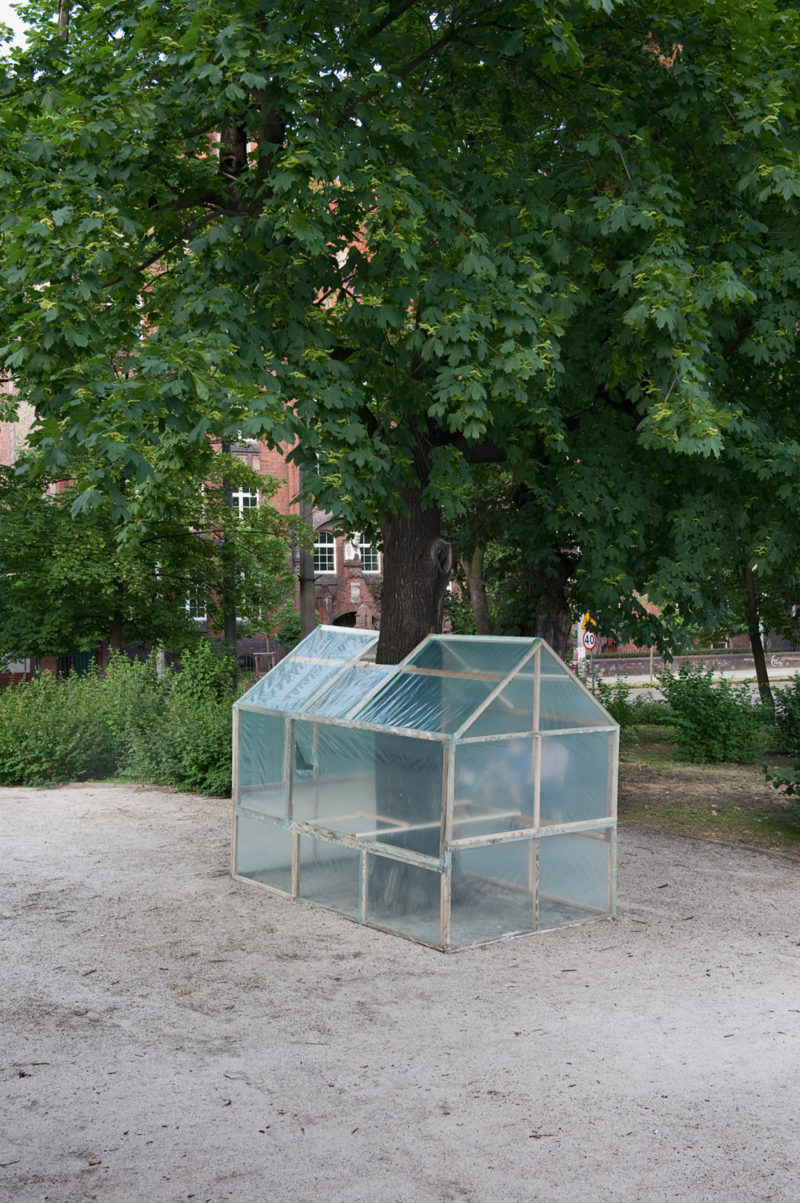 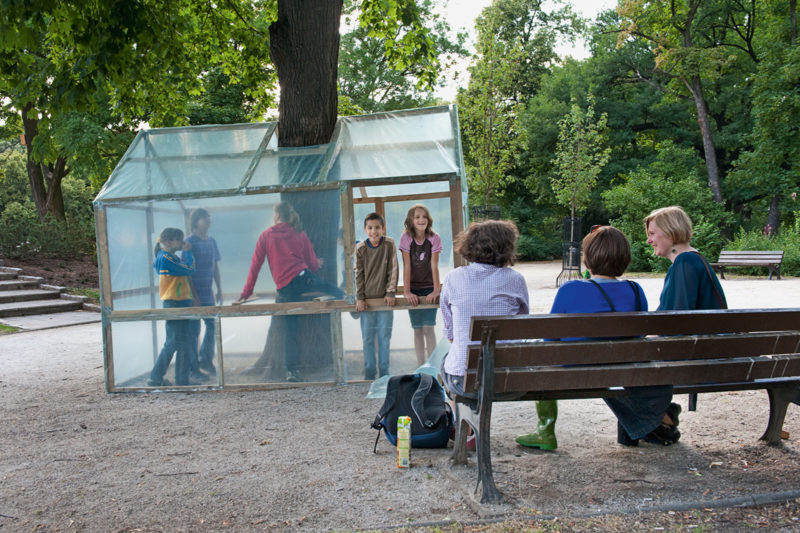