The object-sculpture combines the shape of Le Corbusier’s famous Open Hand Monument in Chandigarh, India, and the outline of the pitchfork. This is the attribute of the social class who was the base of the avant-garde and who modernists wanted to save in their utopian visions. It also symbolises ruthlessness and fanaticism, which in this case reflects the general atmosphere in which artists of the early 20th century tried to build their new world. On the other hand, the work has been designed to look like an aesthetic object – proportional, rationally embedded in the room, covered with enamel and lacquered in pure, vivid colours, in stark contrast with the rather dilapidated interior of the Auditorium’s stairwell. 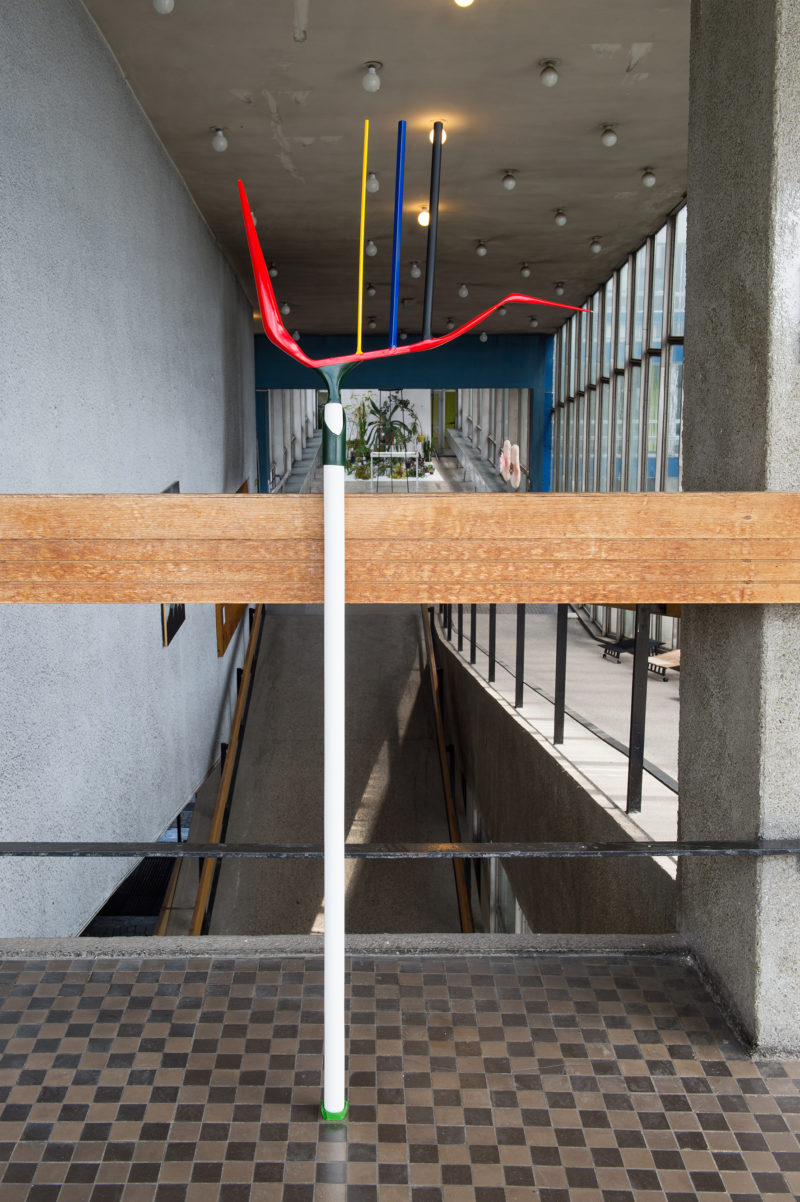 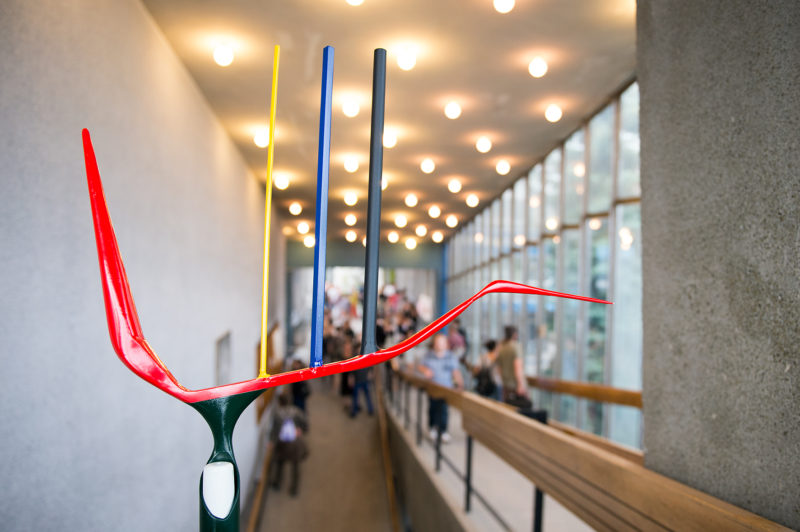