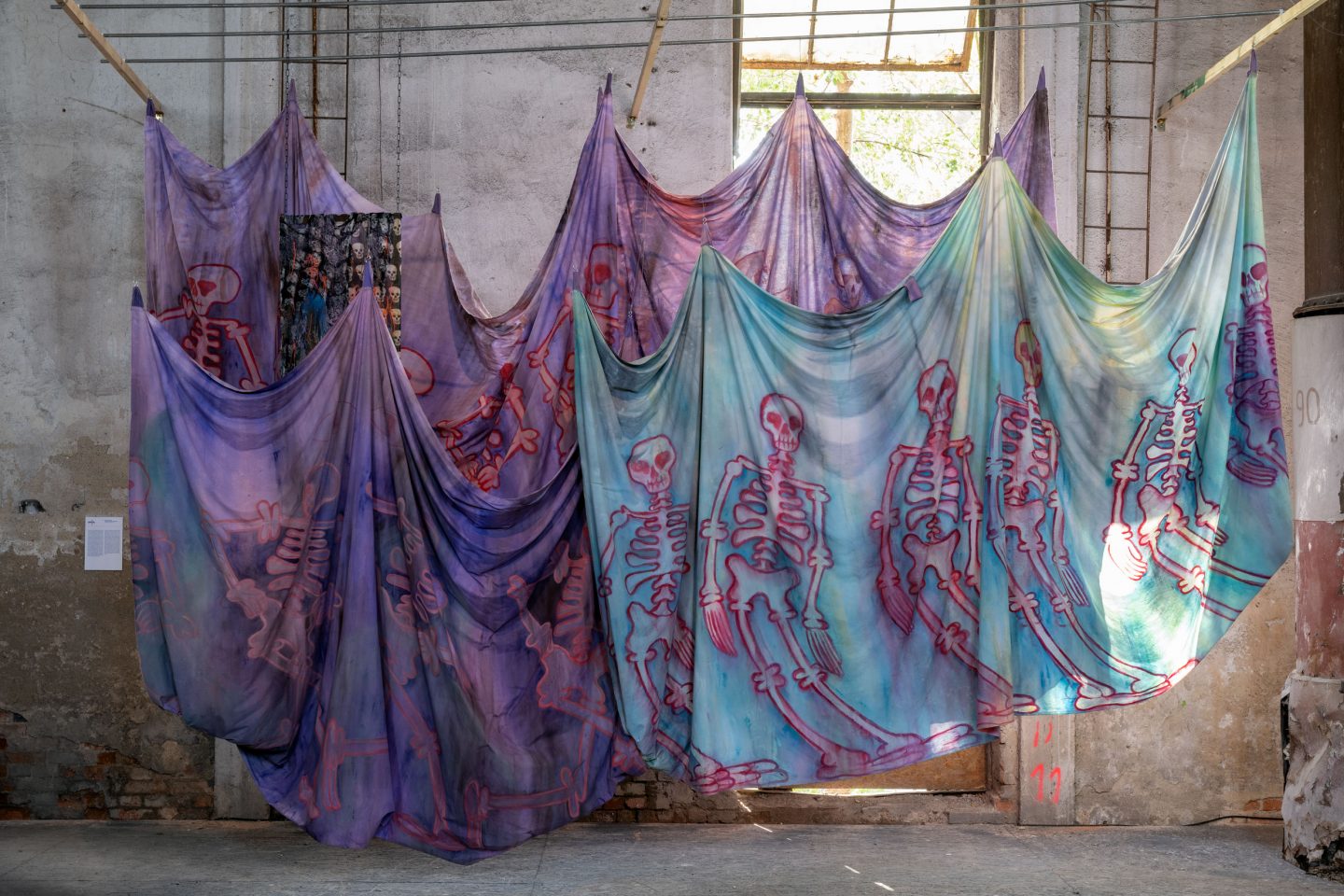 A procession of skeletons from Disney’s 1920s cartoon is running across the fabric. This interpretation of the medieval motif of the Danse Macabre – the Dance of Death – is juxtaposed with images referring to the theme of the Apocalypse and the Last Judgement. In Abrahamic religions, the Apocalypse appears as the inescapable end of humanity, towards which we are inevitably headed. Sakowska attempts to trace what messages and visual representations connected with the Apocalypse, the Judgement Day and death have been appearing in our culture. At the same time, she seems to be asking, Is there room for such reflection nowadays? The role of these beliefs, closely related to religion, was often to regulate social behaviour. Although it seems that the biblical Apocalypse no longer frightens us, modern culture abounds in images of catastrophe and death. As ecology and climate researchers claim, we are living in the midst of the catastrophe of the end of our world. 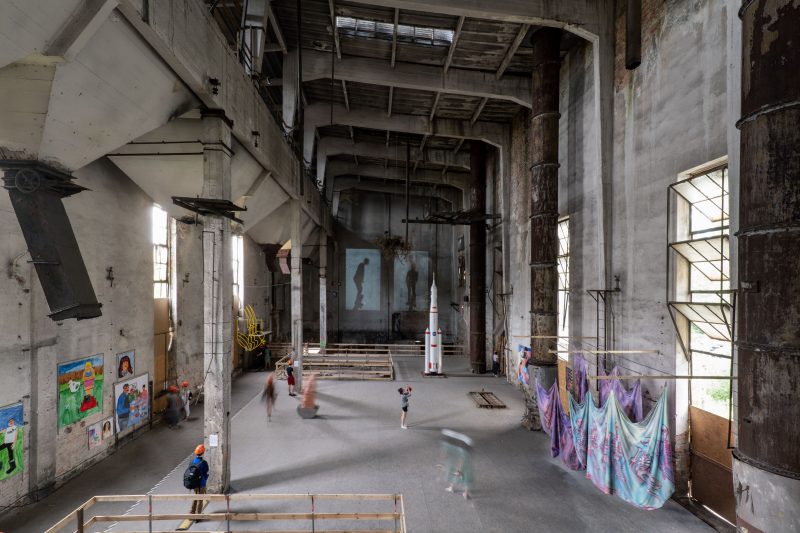