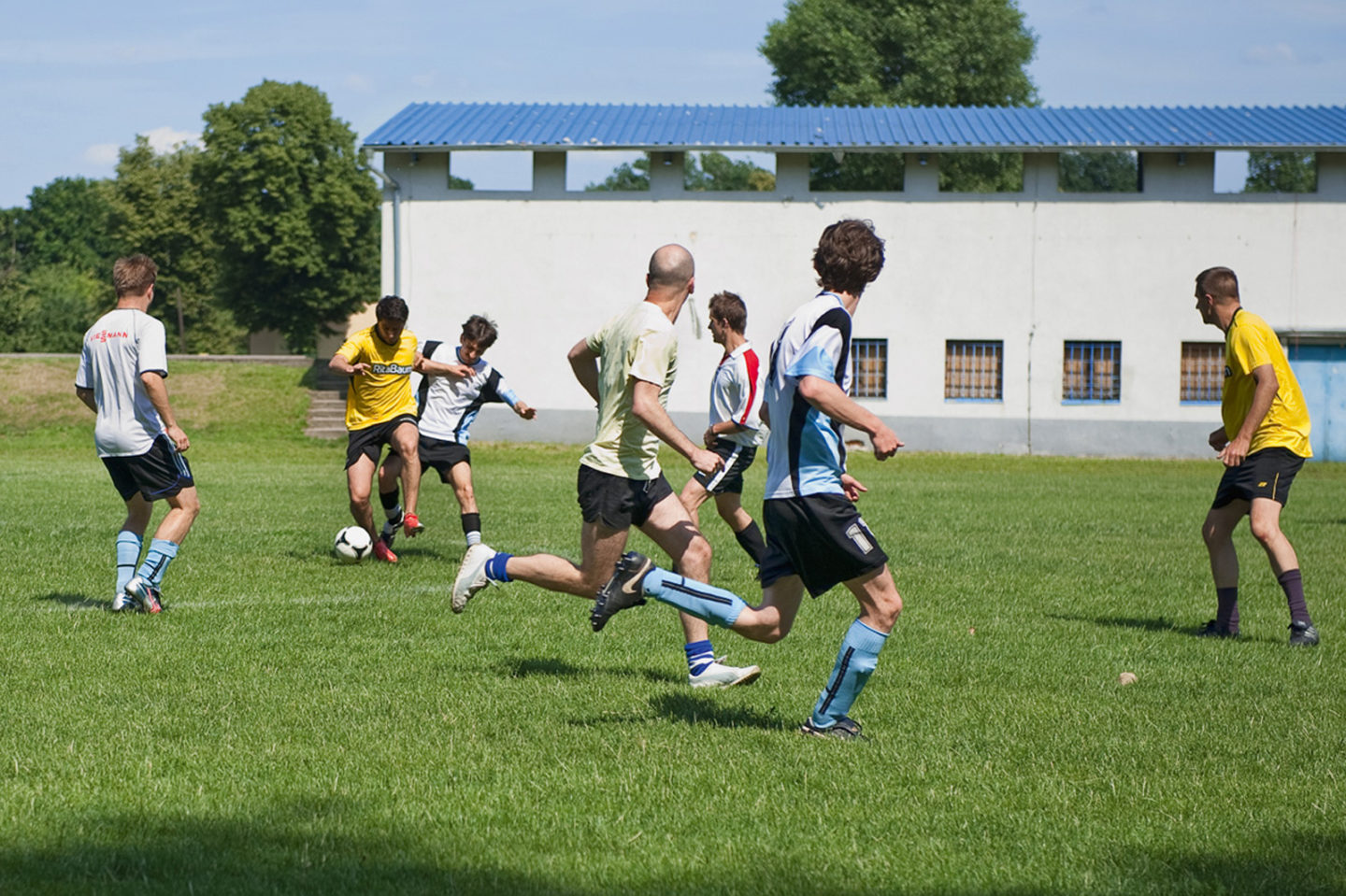 The first historical match of Odrzańska Bryza was played in 2005 against Lokomotive Lüpertz from Germany and the final score was 0:11 in our neighbours’ favour. The defeat was so painful that it became an impulse to train hard, which should eventually enable us to take revenge one day in the future. That is why we have been training strenuously for seven years, waiting for the longed-for triumph. Over the years we have developed our unique style and become renowned for not being afraid of anyone. We are famous for being unpredictable, we can win against any team and be defeated by any. We lose many goals, but also score quite a few, we play our best, proudly representing Wrocław Academy of Fine Arts.

The match against the Rita Baum team during the 10th edition of SURVIVAL, which ended in a 4:4 draw, turned out to be a magnificent, emotional spectacle. We reached great heights of performance, and so did our opponents. In spite of the scorching weather, there was an avalanche of goals, top-class actions and great goalkeepers’ saves.

When I found out about the planned sports edition of SURVIVAL, I decided to suggest playing a game of football to Agata Makowska, who coordinated the programme. The response was positive. In this way, on 24 June 2012 at 3 p.m., a match between two friendly teams: Rita Baum and Odrzańska Bryza took place in the scorching heat. Competition between the two teams already has a long history and it was yet another close game. To rise to the challenge, which was playing on the big, side pitch of the ‘Oławka’ stadium, we had to coopt several new players, because we usually play on smaller pitches. We played in our already classical formation: Paweł Piotrowicz, Andrzej Ficowski, Jacek Zachodny, Jarek Luty, Przemek Witkowski with guests, among them: visual artist Paweł Lisek, poet Maciej Taranek, vocalist Andrzej Hejne. Matches between teams of artists show good technical skills of individual players, their severe lack of stamina and the terrible state of Polish football pitches – and so it was this time, too. The match ended in a fair draw.