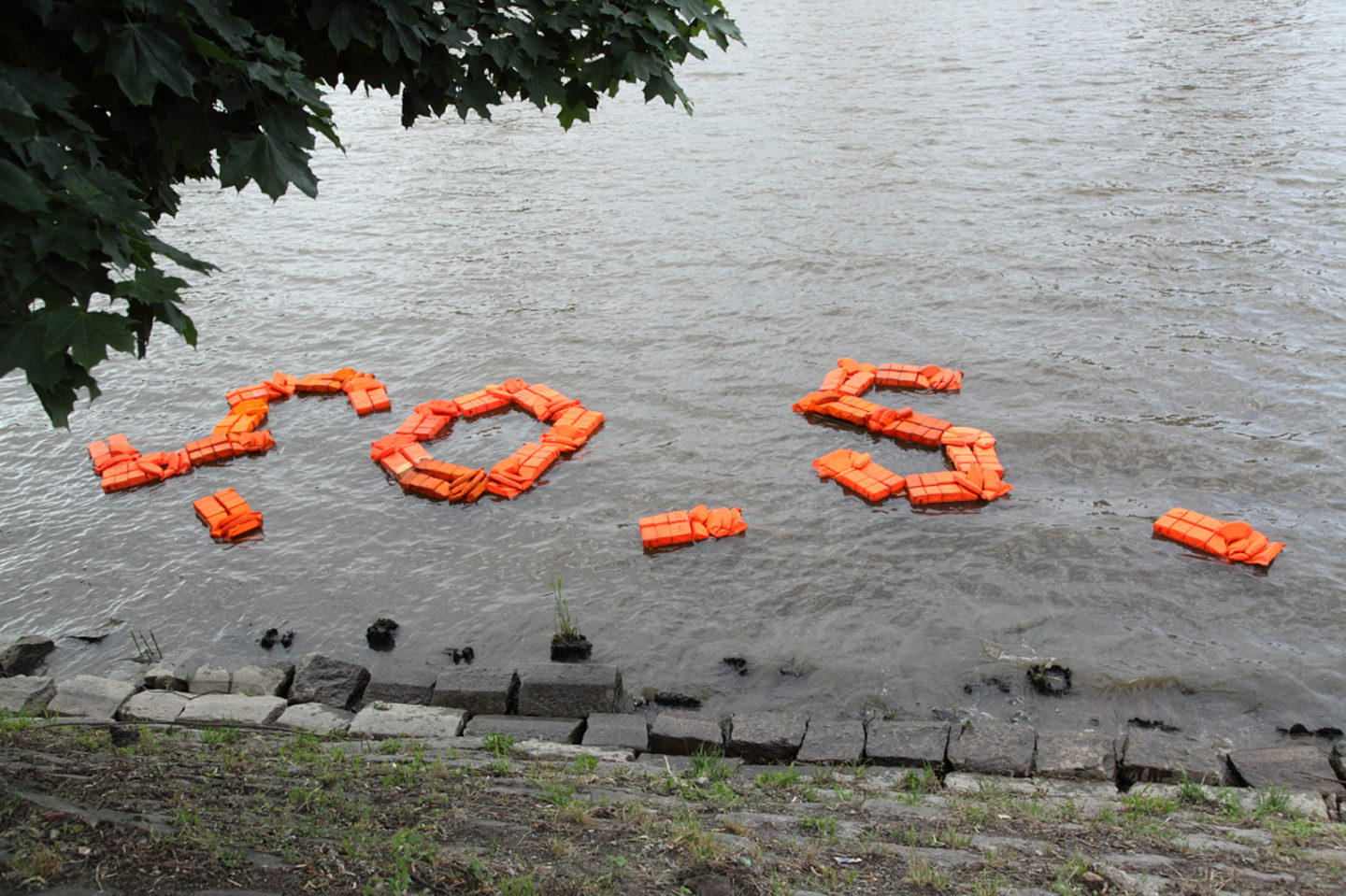 21–30.06.2013
XAWERY DUNIKOWSKI BOULEVARD
ADDRESS: fragment of the Old Town Promenade, between the Peace Bridge and the Sand Bridge

The riverside walking route is located on the southern bank of one of the arms of the Odra river in the city centre. The boulevard is a fragment of the Old Town Promenade, the oldest walkway within the city. The promenade was planned in 1812, predominantly on the site of the former city walls, creating a picturesque 4-kilometer ring of greenery enclosing the historic centre. One of its most interesting fragments is Xawery Dunikowski Boulevard and the nearby Polish Hill, which is a remnant of the former Bricklayers Bastion, as well as the neighbouring 19th-century edifice of the former Royal School of Arts and Crafts (currently the E. Geppert Academy of Art and Design). Alongside the boulevard there is also a small bay for boats and the impressive edifice that used to be the seat of the district authorities (now the National Museum). One of the greatest assets of this area is the panoramic view of Ostrów Tumski, the oldest part of Wrocław. When it was established, the boulevard served an important role in water transport – water trams and smaller cargo ships moored by its quay. Currently, there are marinas for cruise boats. The boulevard received its current name in 1965 to commemorate Xawery Dunikowski, a Polish sculptor, painter and teacher who was the head of the sculpture department at the State Higher School of Fine Arts in Wrocław in the 1960s. One of his works – the sculpture Worker’s Head, made for the Regained Territories Exhibition in 1948 – is situated in the boulevard. In 2016, a thorough renovation of the boulevard was completed, which included the restoration of the quay and the construction of an amphitheatre descending to the river. Currently, the boulevard is one of the most frequently visited walking destiantions in Wrocław.