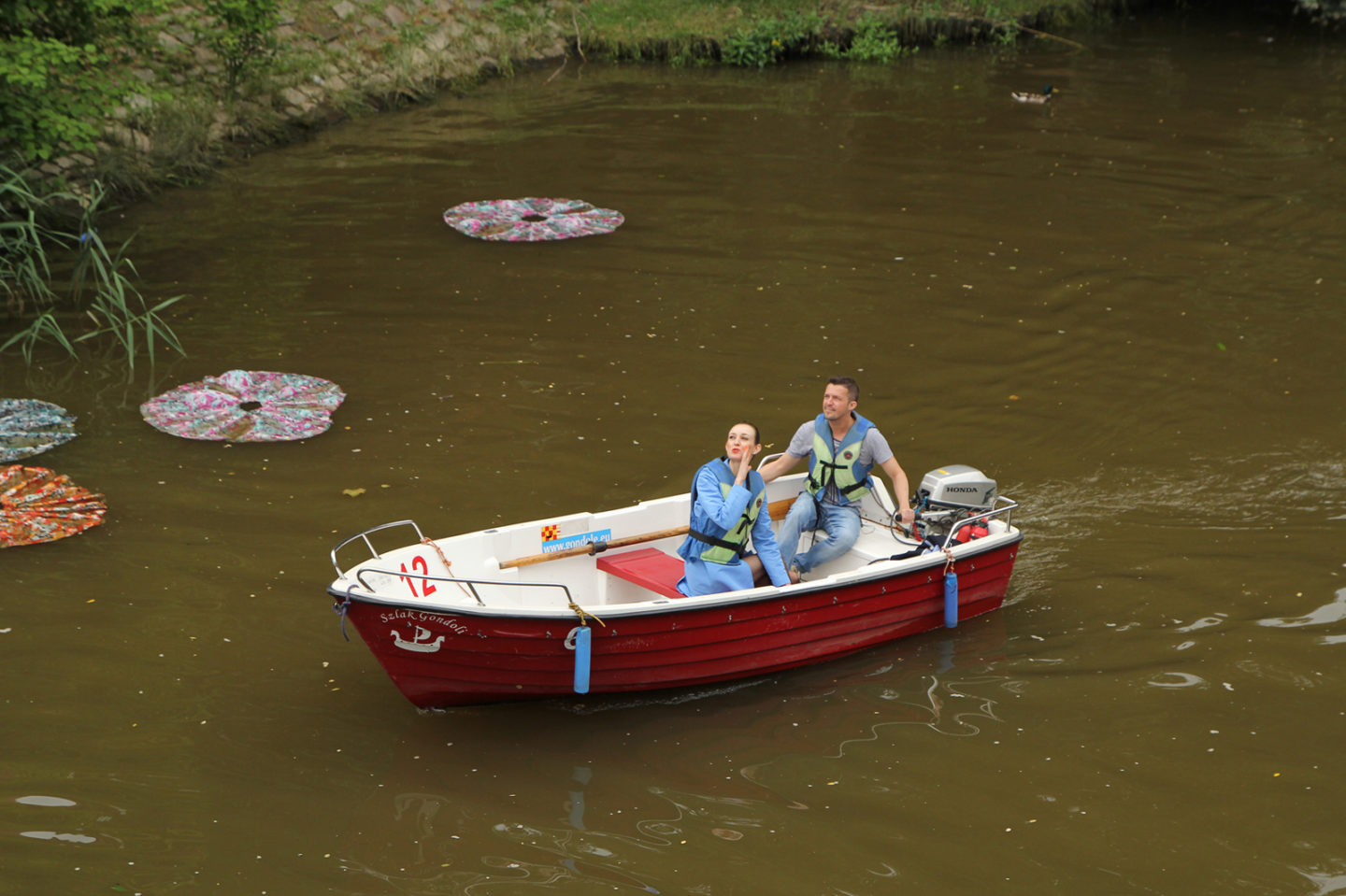 The motto of the eleventh edition of the SURVIVAL Art Review was ‘We’re sailing!’. This sentence was uttered in a well-known scene of Roman Polański’s first feature film Knife in the Water, in which a young man, holding on to a spar of a sailing boat, literally ‘walks’ on the water and shouts enthusiastically ‘We’re sailing!’. His passionate exclamation was an expression of affirmation of the world, which lets us believe that ‘everything is possible’. Its opposite, the cynical comment made by a woman sitting comfortably on the deck, ‘Sure, for sailing’s sake’, expressed the speaker’s tiredness of life and her conformist attitude.

Opposing ways of thinking about identical phenomena were amongst the characteristic features of this year’s SURVIVAL. The artists were inspired by the variety of forms that water can take, and its rich symbolism. Among the subjects they addressed, in a more or less straightforward manner, were the flow of time (and not only), the mixing of stories and ideas, purpose and unplanned drifting, or vitality and the inevitable vanishing.

The venue for this year’s edition was the Xawery Dunikowski Boulevard, an embankment along the Oder which forms a picturesque refuge right in the city centre, together with the edifice of the Academy of Fine Arts, the Polish Hill, and the Gondola Bay. Moreover, some of the works and special events were carried out in more distant and scattered locations, including the Black Stream pond in Zacisze, the Morskie Oko bathing beach, the Mieszkanie Gepperta gallery, and boats and ships on the Oder.

Due to its hydrologic properties, over the centuries Wrocław has come to be known as Venice of the North. The Oder has always influenced urban planning, so it comes as no surprise that the river became the pivotal subject of this ‘aquatic’ edition of the Review. The inspiration for the artworks was provided chiefly by the recreational potential of the Oder, the river’s impact on the city, and the numerous facts and unverifiable stories concerning it. In the context of Wrocław, it was particularly important to subject the destructive powers of water to artistic interpretation, which brought back the memories of the 1997 ‘Flood of the Century’ in full force.

This catalogue contains photographs of more than forty artworks that were presented during the eleventh edition of SURVIVAL, accompanied by commentary provided by Joanna Kobyłt, Anna Stec, Paweł Jarodzki, Antoni Burzyński, Daniel Brożek, Wojciech Pukocz, and ours. We hope that this guide to the Review, which also includes a presentation of SURVIVAL’s Sound Art Forum, a summary of lectures and debates, a description of videos shown as part of the DOUBLE DREAMd section, and several texts synthesising the various threads and tropes that emerged during this complex project, will prove interesting and useful to the reader.

We would like to thank all the artists, collaborators, and visitors, who embarked on this journey with us.