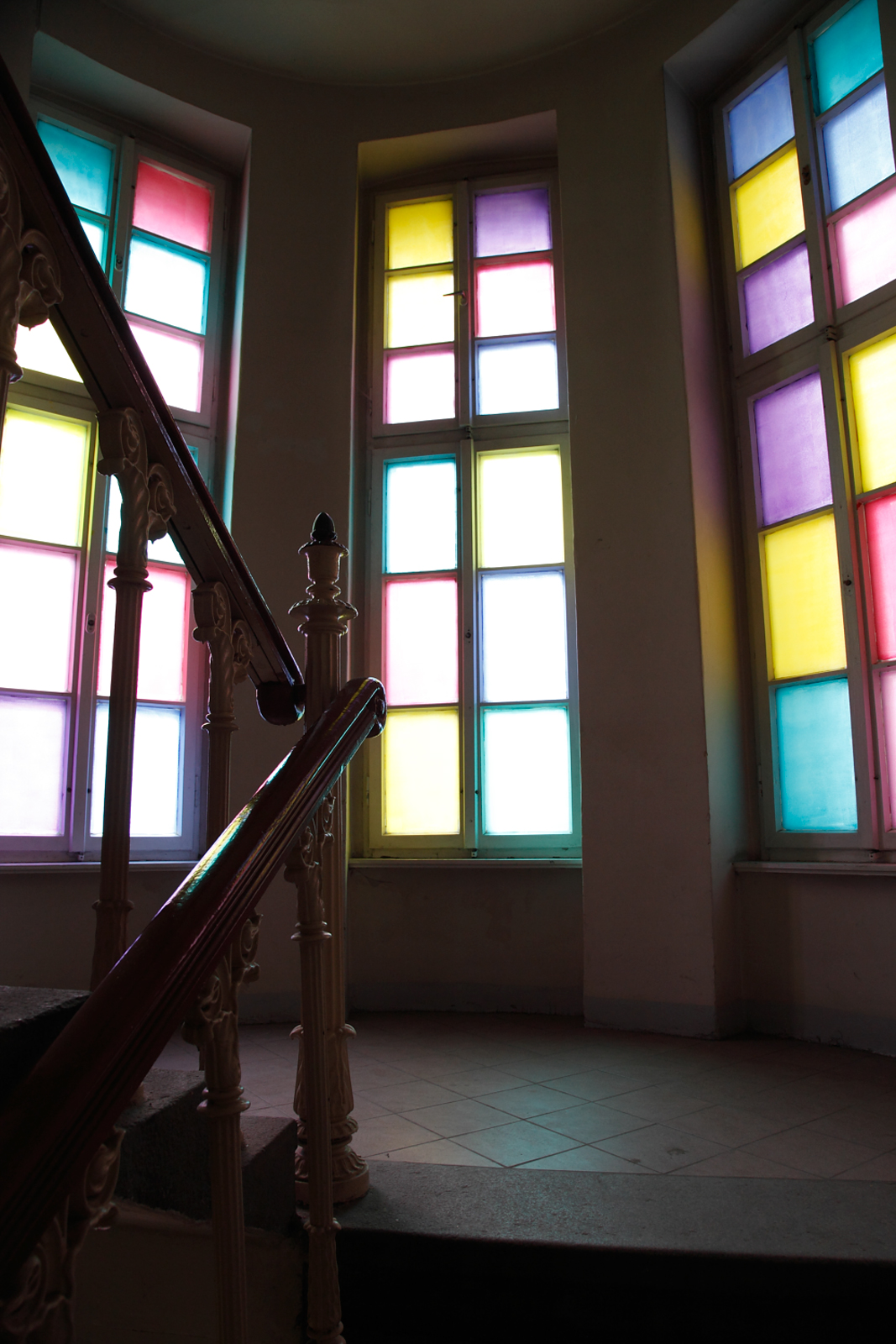 The contemporary city and art have a somewhat unclear relationship with nature. One of the ways to escape the tension that accompanies us in contemporary reality is to delve into utopian projects. These propositions are often hard to implement in practice; nonetheless, they point in the direction of change or provide a dreamlike, utopian solution. Their idealist character can be aimed at helping people, weeding out social maladies, or merely cheering us up by providing a salutary effect.

Katarzyna Przezwańska’s works, in which she used colours deemed to be most favourable to good wellbeing, led her to creating semi-abstract spaces made up of plants. These objects were both beautiful and practical. They also emphasised a belief in nature’s healing powers.

Przezwańska’s works, just like Poliačikova’s installation, emanated the same struggle for optimism. Most of the pills taken by Poliačikova’s mother had cheerful colours, which led the artist to changing the colour of the windows in the Pharmacy building. It turned out that their colour, arbitrarily chosen by pharmaceutical manufacturers, became a surprising method of countering the negative associations that are usually triggered by drugs. The resulting stained-glass windows, although rooted in suffering and illness, paradoxically had the power to endow the space around it with cheerfulness, just like the solemn biblical scenes in the windows of medieval cathedrals inspired awe by creating surprising visual effects.

Healing, rescue and survival were among the main threads in Karolina Brzuzan’s ongoing project titled Hunger Cookbook. The artist collects information about places in the world where famine strikes, and later uses this information to create a catalogue of recipes and plants used by undernourished populations. Both historical and contemporary accounts prove that many of the plants we come across are perfectly edible, although we are ignorant of it. When properly cooked, they may save us from death from starvation.

Brzuzan’s installation Pondus was an attempt to realistically counterbalance the other works. It was created as a reaction to the fact that there was an unknown resident who had settled in in the basement of the Faculty of Pharmacy. The installation, situated outside the building, was an attempt to transfer resources from the Review organisers to people who lacked them. It also served as a reminder that there exist certain metals whose value depends directly on their mass and is irrespective of all crises.