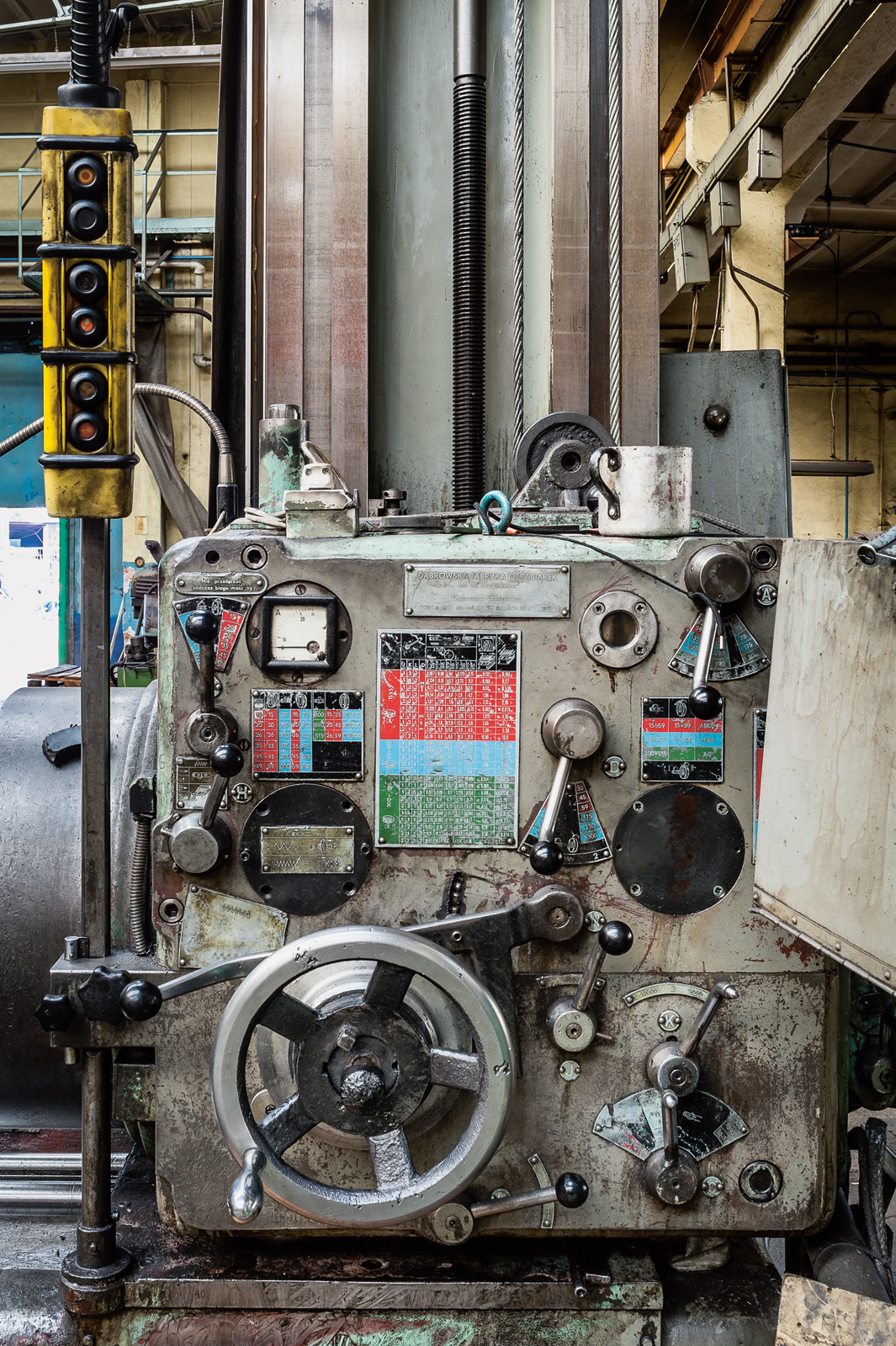 In literature on issues connected with soundscape, the problem of sounds produced by factories appears relatively rarely. Perhaps it stems from the fact that in the tradition of this discipline of knowledge, which is rooted in the idea of acoustic ecology, these sounds are usually interpreted as noise or phonic pollution and discussed in the context of their reduction rather than protection or commemoration. Raymond Murray Schafer, the father of soundscape research, claimed that the main reason for the negative changes occurring in today’s acoustic environment, especially in large cities (which he termed lo-fi, signifying an environment in which individual acoustic signals are obscured in an overdense population of sounds), was the industrial revolution and the resulting dominance of mechanical (i.e. produced by machines) sounds vis-a-vis the so-called “natural” soundscape. The acoustic properties of machine sound (such as noise levels often exceeding the natural tolerance of the human sense of hearing, uninterruptedness and repetitiveness, sometimes extremely low or high frequencies, unpleasant tones) make their perception, as Schafer would put it, hardly conducive to feeling harmony and internal peace; on the contrary, they often increase tension, cause aggression, weariness, discouragement or dumbness. In an environment dominated by industrial sounds, the human ear becomes disoriented and no longer able to hear human voice. The basic modules for measuring the acoustic environment are the human ear and the human voice. […] When environmental sound reaches such proportions that human vocal sounds are masked or overwhelmed, we have produced an inhuman environment – wrote Schafer in his programmatic book The Tuning of the World. Many of the observations made by the Canadian researcher have lost none of their relevance, although one can hardly resist the impression that Schafer’s perspective of perceiving industrial sounds in the 1970s should be out of date today – it undoubtedly did not include the new production technologies based on electronics, it or nanotechnology. Schafer purposefully made references to industrial traditions in the late 19th and early 20th centuries, e.g. by quoting fragments of Stendhal’s most famous novel concerning the sounds made by the Verrieres nail factory or excerpts of Thomas Mann’s story concerning the noise of a locomotive factory. These examples of what could be unequivocally classified as the “barbarity” of the factory soundscape could be confronted with Luigi Russolo’s 1913 futurist manifesto titled The Art of Noise and the apology for industrial sounds included therein, which are treated as an expression of the new times that had the potential of bringing innumerable surprises for the benefit of the human ear. In the wake of Russolo’s praise for this futurist music, artistic actions by composers such as Honegger, Prokofiev or Mosolov appeared, which had been inspired by their fascination with the cosmos of machines and factories. However, let us not delve into trying to decide who was right in this argument about aesthetics and ecology. For the problem of factory sounds today pertains not only to the sphere of narrowly defined ecoacoustics or even art, but to the context of culture as such. It is an undeniable fact that industrial sounds have become an important aspect of people’s everyday life in the last two centuries, an indispensable element of their sonic environment, a testimony to our history as a society and civilisation, and finally – an expression of our cultural heritage. People’s connection with industrial sounds, often very close, could be demonstrated by sentimental memories of urban dwellers or factory workers as quoted in anthropological studies and soundscape research.

In Polish research studies on urban soundscape, most attention so far has been paid to the cities of Upper Silesia, where industrial sounds could be perceived as the region’s intangible heritage that is irrevocably connected with its culture. Some of the characteristically Upper Silesian industrial sounds produced by mines, such as buzzers, sirens, or the bell of lifts carrying miners, were marked by very original, intriguing and often pleasant tones, as remembered by locals interviewed by researchers. Studies by ethnographers and landscape geographers often contain detailed descriptions of the importance of industrial sounds for the everyday life of Silesian families, whose communicative functions in time and space determined and regulated the rhythm of the day. The inhabitants of Upper Silesia often treated factory sounds as elements of their private soundscapes, which resulted from the direct proximity of workplaces and homes (e.g. miners’ housing estates near mines). Thus the factory soundscape used to be familiar and understandable. For employees and members of their families, it provided important – sometimes essential – information about the course of the day (beginning, breaks, end), possible dangers and unpredictable events. Sounds produced by mines where carefully listened to not only by miners, sensitised to the threat of methane or rockburst, but also by their wives and mothers. Listening to the rhythm and tone of looms, machine tools, gantry cranes or other factory equipment enabled the workers to determine the machines’ mode of work and the potential danger of a breakdown. Also against the broader plane of life and cities’ functioning, factory sounds fulfilled an important role of a social binder. The beginning and end of shifts, which used to be signalled by factory sirens, the sounds of steelworks, rolling mills, grinding workshops, sawmills, explosions in quarries, the echo of freight trains – all of them used to measure the rhythm of life in towns and cities, constitute the dominant sonic element in the soundscape and contribute to the sense of belonging to the soundscape of one’s hometown. As these facilities were gradually closed down or modernised, the sonic environment slowly lost its uniqueness, which was replaced by means of a barely noticeable process with the universal hubbub of traffic, devoid of any local colours or sonic dominants. Today, the sounds of old factories are starting to be perceived as phonic monuments that need protection or commemoration as elements of the intangible heritage. This trend could be illustrated with a highly interesting international research and documentation project called Work With Sounds, which was carried out between 2013 and 2015 by selected European museums of technology and industry and was intended to register and share (through a website) the sounds of work performed by representatives of vanishing professions, technologies and devices that are no longer used.