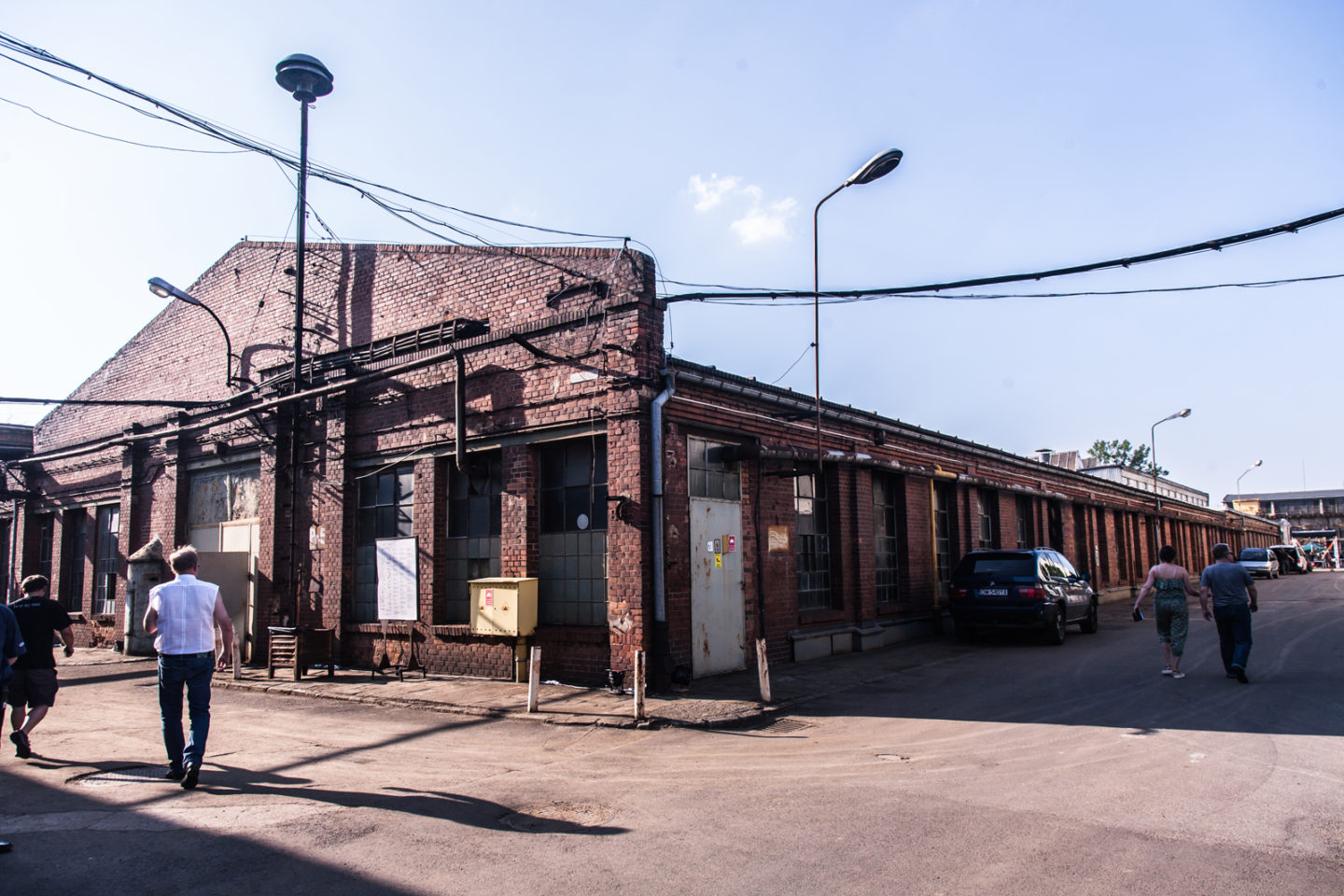 The history of the factory dates back to 1874, when Gustav Trelenberg, an entrepreneur from Wrocław, relocated his locksmith’s workshop (Gustav Trelenberg Eisenwerk) to today’s ul. Grabiszyńska. In 1906, the factory premises already covered seven plots of land and comprised huge production halls with a total area of ​​30,000 m2 connected by railway sidings. Almost eight hundred people worked here in the peak period of activity. Steel constructions, staircases, fences, grilles and fittings were manufactured on a large scale. A new assembly line also enabled the production of railway and tram carriages, and even electric locomotives. The economic crisis in the 1920s, followed by the outbreak of World War II, put an end to the most prosperous period in the history of this mighty factory. During the siege of Wrocław, some of the halls were destroyed, and the surviving ones were stripped of most of their production lines after May 1945. In 1946, the State Machine Tool Factory was established in the former Trelenberg factory and the neighbouring Friedrich Heckmann machine production plant. The factory soon started to specialise in the production of lathes, becoming their largest manufacturer in Poland. In the 1970s, when its name had been changed to the Lathing Machines Factory (Fabryka Automatów Tokarskich, FAT), its maximum output reached 55,000 lathes per year, up to 80% of which were exported. For several decades, FAT was one of the biggest employers in Wrocław. In 1998, the plant was privatised and production partially stopped. The factory, currently owned by HACO FAT Sp. z o.o., is a leading manufacturer of conventional and numerically controlled lathes in Poland.