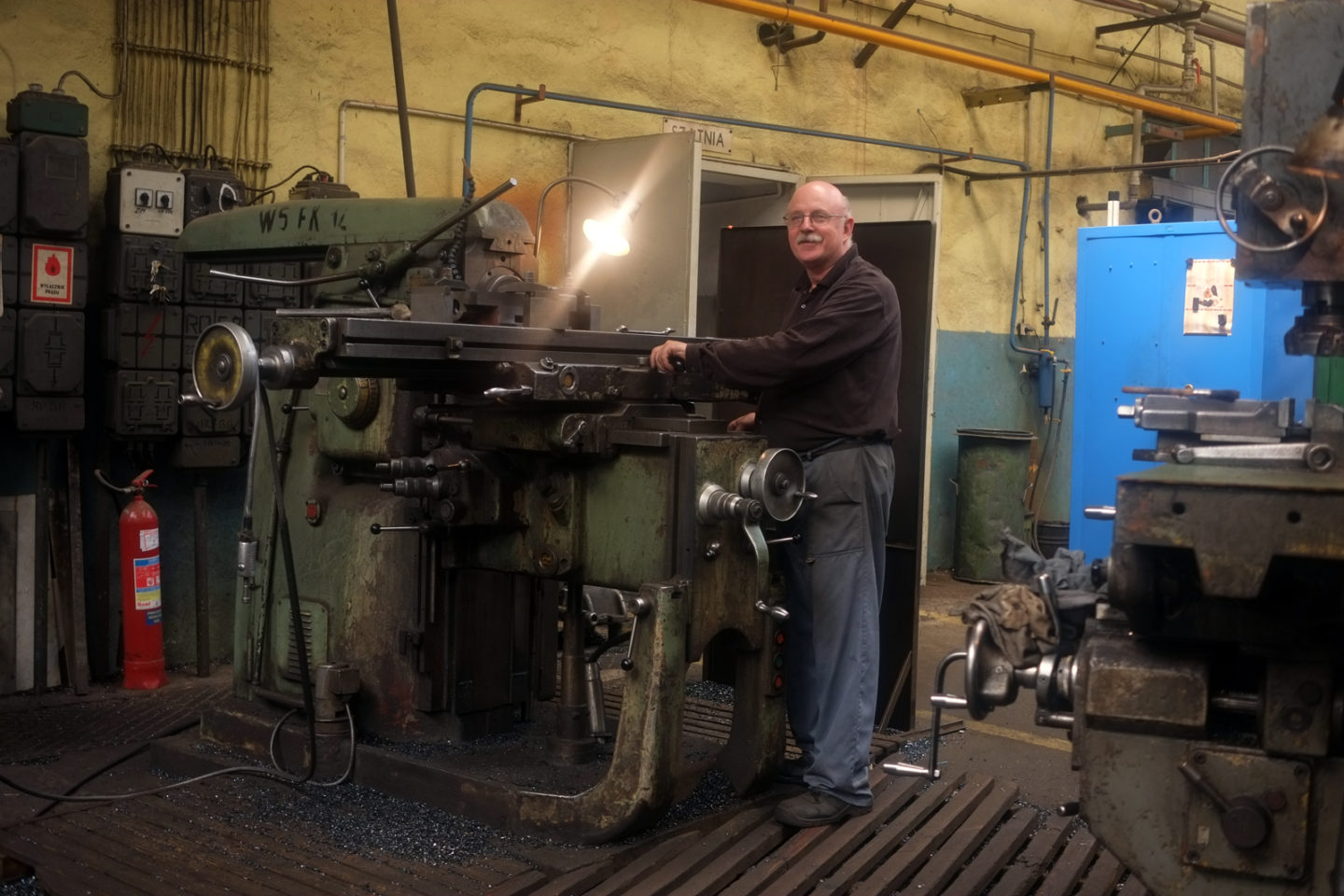 A permanent – or even central, to some extent – feature of the subsequent editions of SURVIVAL is the aspect of working with the place, with its history and potential. Another fact that is not without significance is that any architectural remnant, even the most fragmentary one, hides a story that is calling to be discovered, albeit on different scales and in varying circumstances. Thus while analysing the series of SURVIVAL’s places, the visitor to the Review is informed of a peculiar aspect of urban ruin, perceived from a specific point of view.

Usually, the main theme of the SURVIVAL Art Review is architecture, understood primarily as the decoration of the potential social, political and economic scenarios. The curators intend to show a variety of functions – often unplanned ones – that a building may have fulfilled over the years. Artistic actions turn architecture into a tangible image of the past, which reveals its hidden characteristic – of a phenomenon that is actually impermanent, subject to change and, often, destruction. As a matter of fact, many of SURVIVAL’s actions focus on the loss of architecture, accompanied by a poignant feeling of loneliness in the face of its decay and collapse. This feeling triggers anxiety and discomfort. Decomposition of edifices and the resultant void have little in common with romantic and picturesque ruins. The image of architecture as a symbol of eternity thus clashes with fear – the dominant emotion when confronted with decay and destruction.

SURVIVAL rarely weaves its metaphors based on an architectural disaster that turns ruins into ruins. The Review is typically held in spaces that find themselves in a special moment, often decisive for their future (non-)existence. In this transitory stage, the buildings have already been unused for many years, but they have not fallen into ruin yet; devoid of their former functions, they still cherish hope of a new life.

The venues selected by SURVIVAL’s organisers reveal their potential to the viewers, offer a glimpse into their former glory while putting investors off by their unsuitability for contemporary uses and the necessity of a costly overhaul. Devoid of its utilitarian function, architecture as a field of experimentation has always had little chance of surviving. Restricting access to it reveals the existence of a limbo state, when the property is about to be put on the market and become the subject of new ideas and investments.

While structures such as the air-raid shelter in Plac Strzegomski (the venue for the 8th edition of SURVIVAL) or the Four Domes Pavilion (where SURVIVAL 7 was held) have eventually been given a spectacular second life, the future of the former Faculty of Pharmacy in Grodzka Street (SURVIVAL 12) or the former police barracks in Księcia Witolda Street (SURVIVAL 13) remains uncertain. These last two objects are slowly dilapidating while waiting for their fate to be sealed – whether it should mean a renaissance or more years in agony.

This year, the SURVIVAL Art Review ended up in a rather untypical situation – it was held in a place whose atmosphere was nothing like the usual feeling of sadness, abandonment and the all-encompassing limbo state. For the first time in a long time, SURVIVAL visited a space that was teeming with activity.

The history of the vast industrial areas near Grabiszyńska Street in Wrocław dates back to 1869. For many contemporary Wrocław dwellers, this former conglomerate is a relic of the People’s Republic of Poland, inevitably triggering associations with the then ubiquitous ethos of collective work. The setting for the 14th edition of the SURVIVAL Art Review, which was held under the motto Workroom, was one of the historical production floors of the Lathing Machines Factory, which was built in 1934. The subject matter of this year’s edition, connected with the broadly-defined notion of work, revolved around phenomena such as industry, production, technology, workshop, and tools of the trade.

The production floor where the artistic installations were displayed had been withdrawn from use several days before the opening of the exhibition. Thus the visitors could see quite an impressive collection of machinery that not only provided magnificent setting for the artworks, but also fascinated the viewers as much as the artists’ works. Little wonder, then, that the competition for the most interesting artwork was accompanied by questions about the possibility of voting for the most interesting machine. Moreover, the production floor that was made available for lovers of contemporary art for five days of the Review’s duration was located in direct proximity of other factory workshops where work was still going on. Thus SURVIVAL’s surroundings lived a life of their own, providing a unique context for the displayed art and intriguing the visitors.

Although the special atmosphere of the 14th edition of SURVIVAL resulted from a number of factors (suffice it to mention the specific, oily smell permeating the air or the scorching heat), its uniqueness vis-a-vis the previous editions stemmed primarily from the liveliness of the venue, and consequently – from the human aspect.

What the organisers, artists and viewers greatly appreciated was the opportunity of meeting the workers employed at the factory, who visited the exhibition and confronted the new situation with the formerly existing one. The workers were also involved in the preparation of some of the artistic projects – they gladly took part in interviews conducted by artist Karina Marusińska and reporter Beata Kwiatkowska, which were later used as elements of the Handiwork installation. The interviewees were asked to describe their professions from the point of view of their own hands. The audiovisual project by the Marusińska-Kwiatkowska duo acquainted the visitors with the intricacies of making lathing machines by providing them with the workers’ subjective accounts, which were often in stark contrast with the stereotypes about working in a factory. Handiwork was highly appreciated by the visitors and was awarded first prize in the Audience Award competition.

The 14th edition of the Review also benefitted from the presence of people such as Zdzisław Ciepliński, a turner whose workstation was situated in the room where SURVIVAL was held. Mr Ciepliński was happy to assume the role of a guide and explain to the viewers what the machines were used for, what turners actually did and why the stereotypical image of this profession as repetitive and emotionless was untrue.

The coexistence of representatives of different professions, which occurred in the preparatory phases and throughout the duration of the Review in the historical production f loor of the Lathing Machines Factory, resulted in overcoming the misleading impressions that both sides had of each other. The lines separating work that is creative or repetitive, physical or intellectual, automatic or artistic – became blurred. After all, passion, emotion and intellectual involvement coexist with mechanical, repetitive and rather monotonous activities, both in art and in industry.

We would like to thank the owners and employees of Fabryka Automatow Tokarskich we Wrocławiu s.a. for making it possible to hold this exceptional meeting of specialists in various fields on the premises of the Lathing Machines Factory.