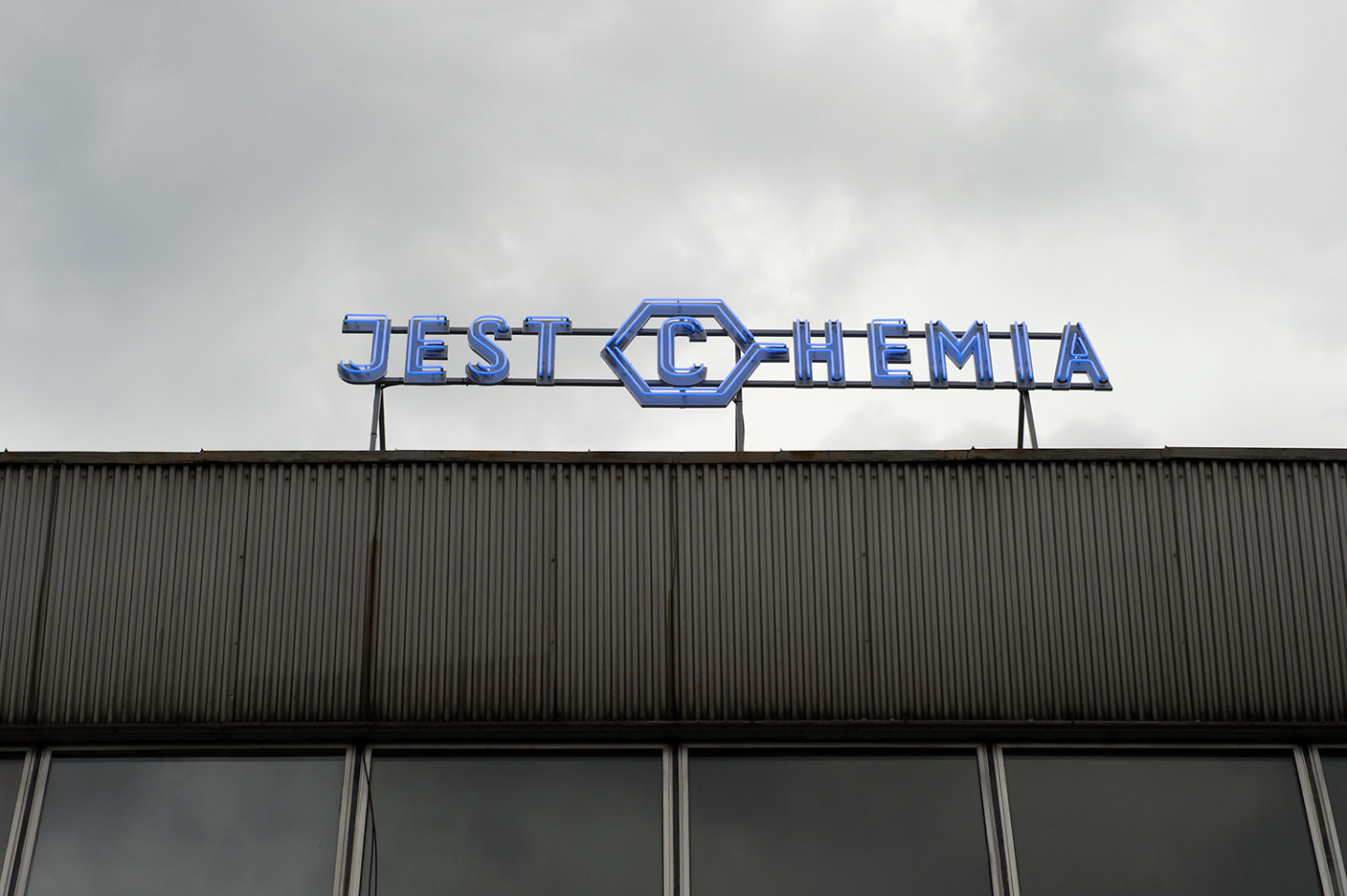 Chemistry Is Here! – the architectural programme of SURVIVAL 15 Art Review

The architectural interventions performed as part of the programme curated by Jednostka Architektury Foundation were intended to advocate for a comprehensive renovation of the Chemistry Auditorium edifice, which has fortunately been entered into Poland’s register of monuments. However, just a few years ago this scenario was far from certain. Considered to be obsolete and troublesome, the building was earmarked for demolition. It was saved by the then conservation officer Katarzyna Hawrylak-Brzezowska, who managed to have it entered in the register in 2010. Thus the building became Poland’s youngest monument.

The Auditorium and the adjacent laboratory tower, which excellently complements the composition, constitute fragments of Krystyna and Marian Barski’s design that came first in the 1964 competition for the plan of the university campus. The design covered an area from the Pokoju Bridge to the Grunwaldzki Bridge all the way almost to the Zwierzyniecki Bridge. Scattered amongst greenery, the light structure of the towers and pavilions was extraordinarily progressive compared to the dense frontages based on historic quarters. Unfortunately, the development did not follow the plan. Apart from the building of the Faculty of Chemistry designed by the Barskis in 1968 and completed in 1971, a twin Mathematics Auditorium was constructed (1967–1970) as well as the Faculty of Civil Engineering (1981) on the other side of the Grunwaldzki Bridge. After the barbaric renovation of the Mathematics Auditorium, it is probably beyond saving. Although the tower of the Faculty of Civil Engineering has also undergone a rather disappointing modernisation of elevation, its silhouette is still clearly visible while the interiors can be renovated with the respect they deserve.

The Chemistry Auditorium has been empty for a number of years now. It was closed down due to inefficient ventilation and lack of cooperation with fire inspection services. But it is not true that it cannot be used anymore. Because it fortunately managed to avoid renovation, the building has been left almost untouched, with the exception of the modernisation of front lighting installation. These changes are reversible, and in any case the installation should be replaced anyway.

Apart from an art festival, the Auditorium was the venue for the 2013 OSSA national student workshop as well as reACHtivation in 2014. During the latter designs for the rebuilding of the Auditorium were created. They illustrated various alternatives and were based on guidelines for use provided by the University of Wrocław. However, it would not be advisable to divide the main lecture theatre into smaller seminar rooms. It seems that this scenario is already out of date. Instead, we increasingly often hear that the main Auditorium Room should be available to the general public, not just used by the university. Changing the existing layout or expanding such an excellent design seem unjustified, all the more so because they would be connected with considerable financial outlays.

Thus our actions carried out within the programme of the 15th edition of the SURVIVAL Art Review and in keeping with the motto Chemistry Is Here! concentrated mostly on illustrating the possibilities of restoring the former splendour to this magnificent construction.

Cleaning fragments of the elevation proved that very modest expenditure can result in a total transformation of how the building is perceived. Certainly many passers-by turn away their heads from the object just because it is dirty and neglected. We could only imagine the effect of the clean and shiny aluminium façade on a sunny day.

Planting flowers in the empty flower beds improved the utilitarian potential of the terrace. Southern exposure, location on the river bank and green areas in its front are unquestionable advantages of the building. The Review and the previously held festivals have shown how the Auditorium could function as a venue for cyclical cultural events.

Filling in the missing lighting elements emphasised the splendour of the interior architecture. The original lighting at the front had been removed and replaced with a new installation; unfortunately, it was done in a haphazard way that did not do justice to the building. These changes can be reversed, though.

The neon light CHEMISTRY IS HERE signals to the passers-by the positive connections between the cultural milieu and the building. It is a surrogate of life and suggests that there is something special about this place. It is a clearly visible call for renovating and activating the Auditorium. We hope that after the future complex restoration of the building, it will be permanently mounted inside a club-café on the ground floor.

The logo CHEMISTRY IS HERE, including the characteristic hexagon, was made during the reACHtivation workshops. It was prepared by Katarzyna Kotlicka and Marta Kowalska, students of the Academy of Fine Arts in Poznań. It was intended to constitute an element of the building’s visual identification and promote chemical studies. The first step has already been made. Perhaps one day it will become a permanent fixture of the Faculty of Chemistry of Wrocław University.

Apart from the aforementioned interventions, the Art Review included a programme of architectural events created in cooperation with the Wrocław Branch of the Association of Polish Architects.

During the debate Is Chemistry Really Here?, moderated by Michał Duda of the Museum of Architecture in Wrocław, the discussants raised subjects connected with the reception of late modernist objects by the general public, the ensuing controversies as well as difficulties with their revitalisation.

The Chemistry Auditorium of the University of Wrocław is probably the best place to discuss post-war architecture in a contemporary cityscape. The Auditorium itself, which has been deemed an outstanding example of the construction art, has acquired legal protection and become the youngest monument in Poland. In close proximity it is possible to find buildings documenting almost all the operations that can be performed on the post-war urban fabric, from barbaric renovation to meticulous restoration. Amongst the fallen and reborn icons of modern architecture let us ponder the role and significance of post-war architecture and the possible scenarios of treating it, said Michał Duda, the moderator of the discussion.

The programme of film screenings enabled SURVIVAL’s guests to watch, among others, the documentary entitled The Competition, which shows behind-the-scenes work of some of the superstars of contemporary architecture, such as Jean Nouvel, Frank Gehry or Zaha Hadid, who took part in the competition for a museum of art in Andorra.

Another film screened thanks to cooperation between the Wrocław Branch of the Association of Polish Architects and Wrocław Film Foundation was The Pruitt-Igoe. It tells the story of the collapse of the Pruitt-Igoe estate in Saint Louis, which symbolically marked the twilight of modernist ideas. The documentary reveals new facts, but its main focus is the life of ordinary people.

The series of architectural events started with the lecture The District of Four Challenges delivered by Ewa Barska of the Association of Polish Architects, who talked about the finished and unfinished university buildings designed by Krystyna and Marian Barski. The work of the Barskis was also the subject of a tour led by art historian Krzysztof Ziental. 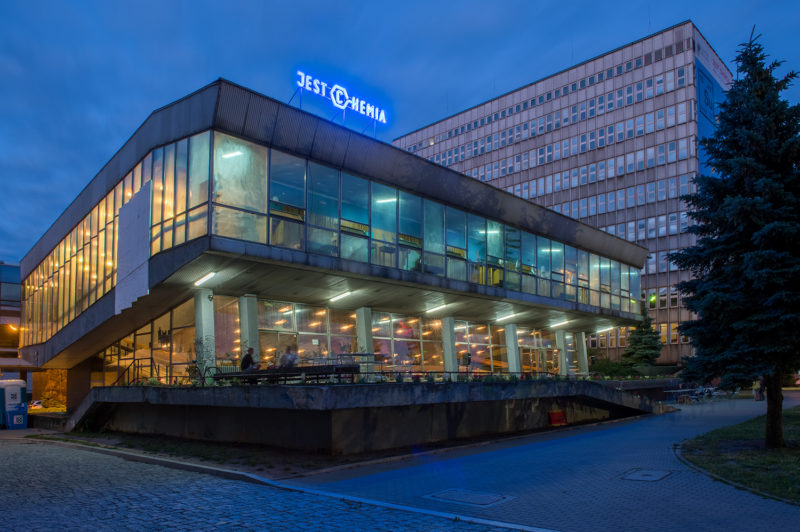 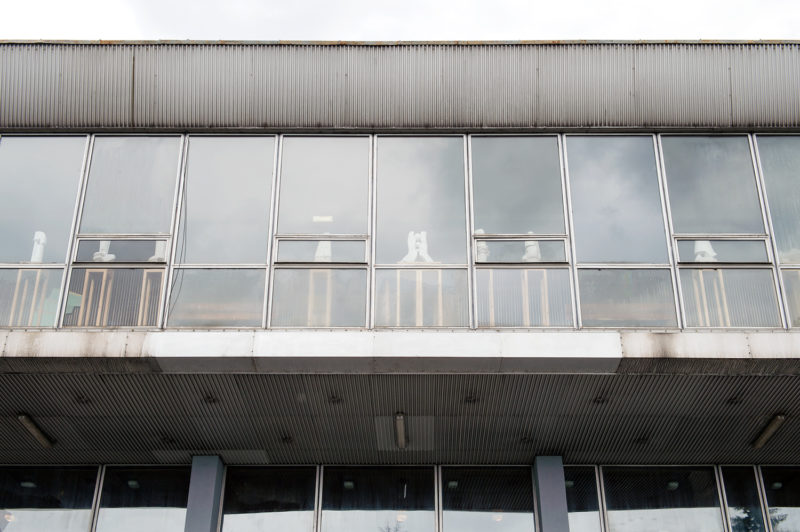 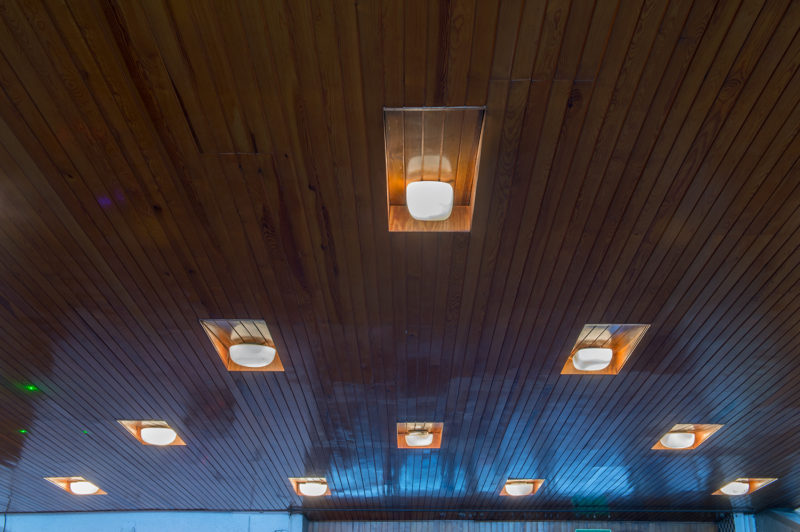 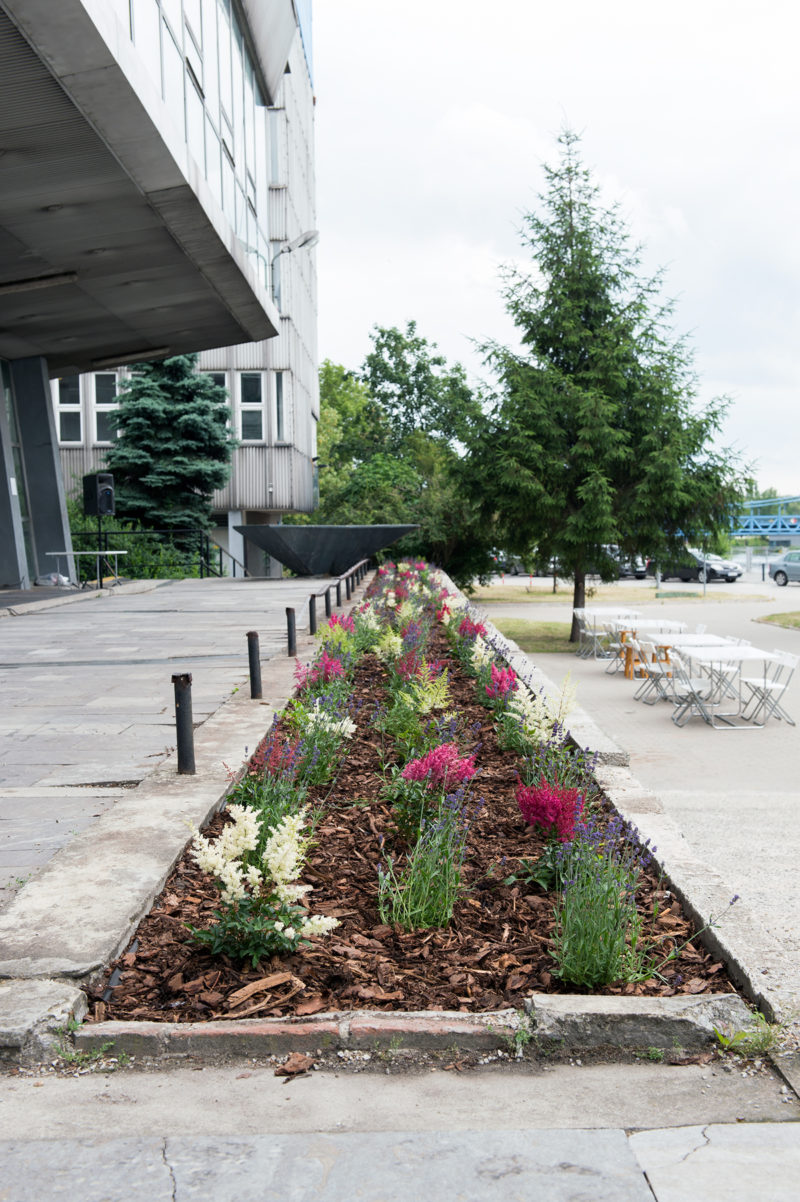