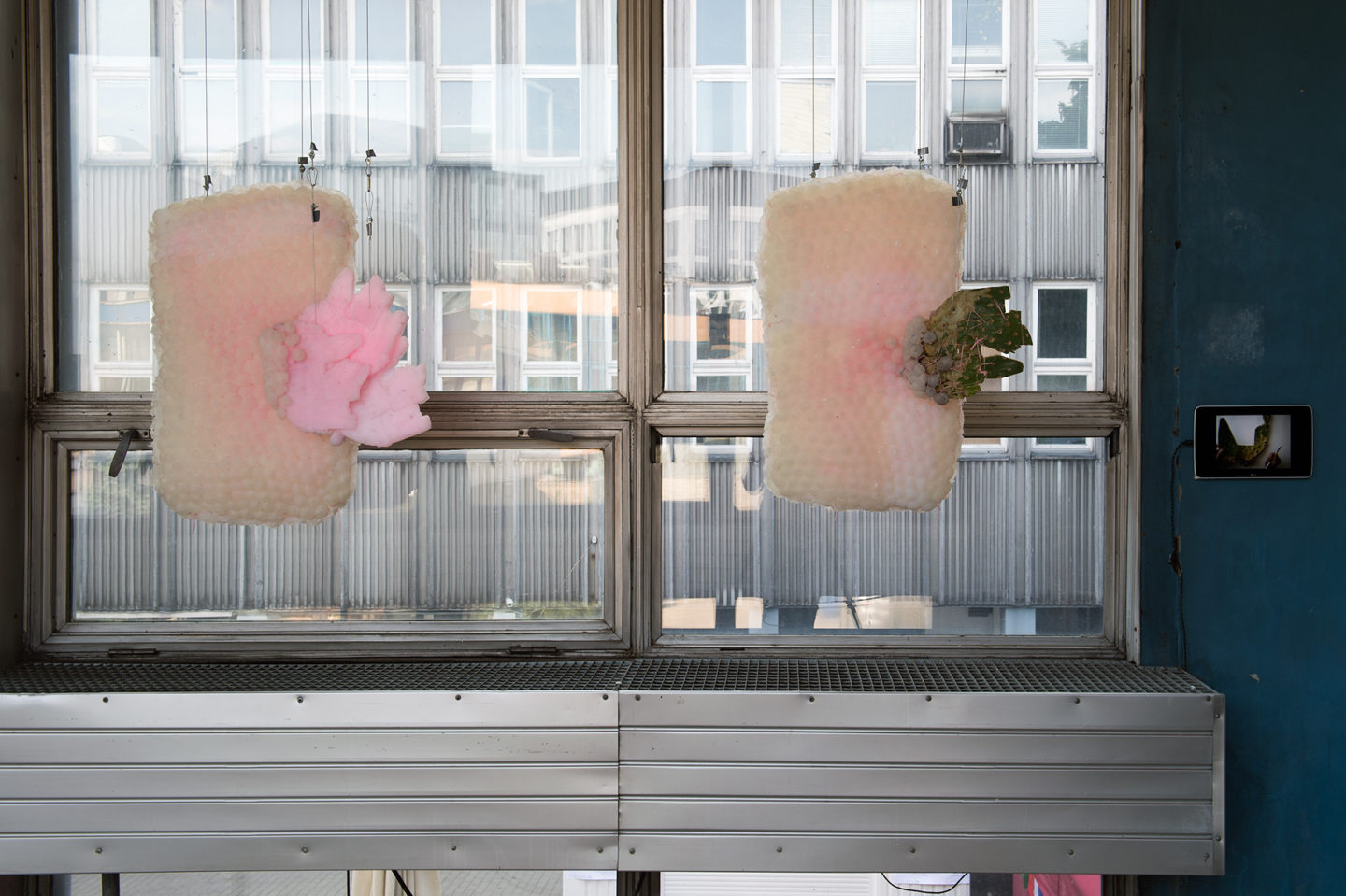 The 15th edition of the survival Art Review was held in the modernist  building of the former Chemistry Auditorium of Wrocław University. Designed by Krystyna and Marian Barski in 1964, it has been out of use for many years.

The motto of this year’s edition was “Stratification”. In art  history, this term is applied to analysing the structure of a given  architectural object by breaking it down into strata to illustrate  its functions. During the jubilee edition of the survival Art Review,  we borrowed this term in order to conduct a study of “city  stratification” from the angle of art. The subject was approached  not only symbolically, but also in the context of architecture as  well as social and economic transformations.
After all, the history of Wrocław is not an easy one. By tracing  examples of changes that have occurred in the city we  can witness not only its development and expansion, but also  destruction, disintegration and collapse.

While constructing the narrative of the 15th edition of survival,  the notions of tectonics and atectonics played a major  role. In regard to works of art (or architecture), they pertain  to the congruity and uniformity of a construction, or their absence.  These terms are particularly important in the context of  the venue: the Chemistry Auditorium, which retains its original  state with hardly any alterations (from the body of the building  to the smallest details: chairs, desks, lighting, etc.), and its twin  Mathematics Auditorium, which has lost its architectural and  artistic cohesion due to a renovation.

The very notion of “strata” could be interpreted on many levels:  with reference to social problems, in the context of migration (e.g.  the mixing and overlapping of identities), in the process of (national)  identity building or in regard to purely formal artistic matters.
Among other threads relevant to the 15th edition of the Review  were those connected with modernism as well as chemistry  and chemical reactions, understood in a strictly scientific sense  as well as with reference to interpersonal relationships.
The exhibition featured over 40 different artworks: objects, sound installations, performances and video projections. This year’s edition provided an opportunity to remember Roman Pawelski, an artist who designed the Atom – a sculpture in front of the Auditorium, which is known to all inhabitants of Wrocław. The programme also included debates, workshops and film screenings.

The actions carried out as part of the Sound Art Forum focused on the connections between sound and architecture. Since the Auditorium’s lecture theatres retain the original acoustic solutions, the programme featured performances based on the unique properties of the rooms as well as a series of lectures and soundwalks devoted to the sonic aspects of Wrocław’s architecture.

Of special importance for the 15th edition of survival was the project entitled Chemistry Is Here!, curated by Jednostka Architektury Foundation in cooperation with the Wrocław Branch of the Association of Polish Architects (sarp). This series of interventions  was intended to restore the former splendour of the  Auditorium. The audience could support it by making donations  to carry out the individual actions (such as restoring the original  illumination of the Auditorium’s ceiling or recreating a flowerbed).

We hope that the actions carried out during survival directed  the attention of Wrocław dwellers to the potential of the Auditorium and its unique artistic properties. Designed over half  a century ago by the Barskis, it is an exceptional manifestation  of modernist architecture not only in the city, but on a national scale. Perhaps the necessary steps will shortly be taken in order  to permanently restore the Auditorium’s beauty and endow  it with a new role. Failing to do so and letting the Auditorium further deteriorate would be a great loss to Wrocław and its  inhabitants.