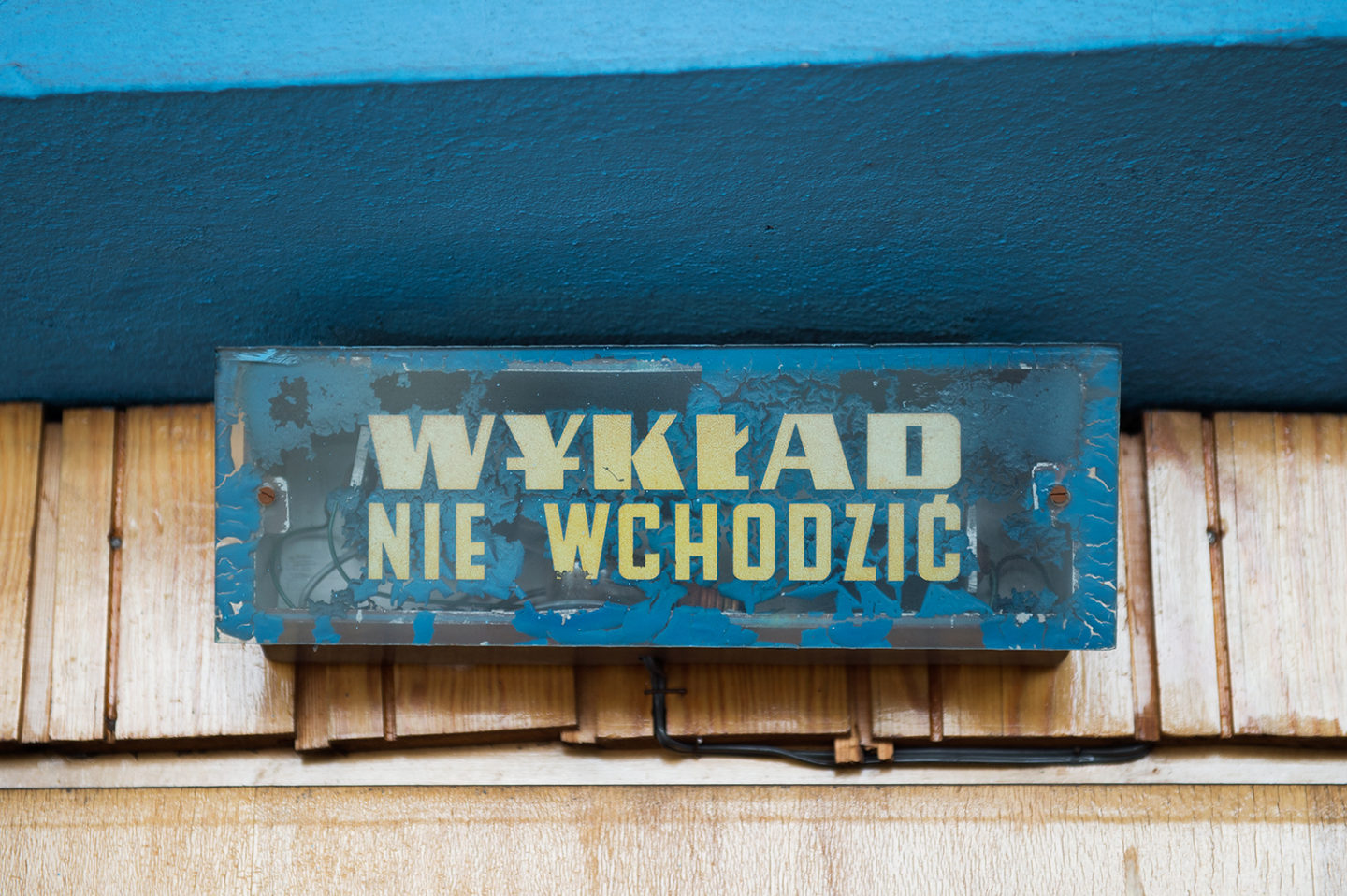 Initiated by Raymond Shafer, the science of the soundscape could be described as a reflection on the environment of sound based on an experience mediated by the human perspective of perception. This is expressed by the very notion of soundscape, which is defined in Schafer’s Handbook for Acoustic Ecology (1978) as “an environment of sound (or sonic environment) with emphasis on the way it is perceived and understood by the individual.” According to this perspective, the human being – or, to be more precise, their ability to perceive and emit sounds – becomes the determinant of the ecological balance of the soundscape. Referring to Le Corbusier’s notion of the architectural unit, Schafer decided to choose the human ear as the basic unit for experiencing the acoustic properties of a space and, importantly, for different forms of human sonic activeness, e.g. those connected with the sounds of moving around, communicating or self-expression. Hildegard Westerkamp, Schafer’s disciple and collaborator, elaborated on these issues by devising the soundwalk – an original method of acoustic education. This activity assumes the form of an active (conscious) excursion that is intended to recognise the properties of a soundscape. Thus the participants identify the features of the soundscape in selected spots while becoming aware of their own reactions and feelings connected with being in a given acoustic space. Westerkamp provides the following instruction for soundwalking:

Start by listening to the sounds of your body while moving. They are closest to you and establish the first dialogue between you and the environment. If you can hear even the quietest of these sounds you are moving through an environment which is scaled on human proportions.[re]Hildegard Westerkamp, Soundwalking, originally published in Sound Heritage, Volume III Number 4, Victoria B.C., 1974.[/ref]

This simple task contains important cognitive aspects, which can redefine our perception of the sonic environment. It turns out that it is not just a source or reservoir of various sounds in which we live, but also a space in which and through which our sonority, or the phonic presence of our bodies, is shaped. From there it is one step to perceiving the environment in terms of a subjectively understood acoustic well-being.

venue: unused Chemistry Auditorium of Wrocław University, 14 F. Joliot-Curie Street
task: Compare the acoustic profiles of the large and small lecture halls in the Chemistry Auditorium. In which one do you feel better in terms of their acoustic properties and why?
venue: yards near residential houses at 7 and 16 Nehringa Street
task: Compare the acoustic experience in the adjacent yards.
What sounds can you hear? How do you acoustically feel in both places? Express your opinion on the scale of 1 to 5 (1 = very unpleasant, 5 = very pleasant). In your opinion, which of the yards has better acoustic properties for living and why? How would you acoustically design these spaces to meet your expectations? 11 Fragment of instruction for the soundwalk The Acoustics of Wrocław’s Public Spaces, carried out on 25 June, 2016, under R. Losiak’s supervision during the 15th edition of the survival Art Review, Wrocław 2017. ↩︎

The concept of soundwalking does not come down to a passive observation of the soundscape; instead, it suggests playing creative sonic or acoustic games intended to enter into a dialogue with the space and objects within it. The participants in these excursions have an opportunity to find out that their sonic relationship with the surroundings is bidirectional: the environment “responds” to their presence and acoustic activeness by endowing the sounds produced by them with a specific, always unique, quality (the effects of resonance, the muffling of sounds, echo), or even in more direct ways, e.g. the flap of wings of birds bolting away. The question about acoustic well-being refers thus to auditory self-perception in the context of a given acoustic space or sonic environment. Hence the participants’ accounts of the walk contained references to a feeling of “enclosure” or “opening”, freedom or its lack, safety or danger. These and other observations seem to emphasise the existential importance of the acoustic relationship with our place of living, which is normally subtle or subconscious.

Chemistry Auditorium of Wrocław University, 14 F. Joliot-Curie Street
I feel better in the large auditorium; in it, sound seems to be deeper and warmer, while in the small one it is slightly muffled, which creates the impression of “acoustic stuffiness”.
In front of the entrance to the University Library, 12 F. Joliot-Curie Street
[…] sound vanishes, eaten up by [the open] space. The wooden panels make dull, slapping sounds under my feet. There is no echo. This space is pleasant, soothing and open; I like the sound of my steps.
The courtyard of Green Day office building, 9 Szczytnicka Street
[…] there is no resonance, this space makes me feel much worse; [the space] is sonically dull and “stuffy”.
The yard at 16 Nehringa Street
[…] the space is completely closed up from four sides, [but] it provides a certain amount of freedom and acoustic safety – I do not experience it as aggressive.
The yard at 7 Nehringa Street
The space is rather unfriendly, vast, lacking the human scale. […] Sounds from the street are mixed up with those intimate ones, from homes. A general feeling of discomfort and lack of safety (cars!!!). The cars should be removed and replaced with small objects – garden houses, more greenery.
Crosswalk under Reagan Roundabout
A friendly space with soft and muffled sounds.
Pasaż Grunwaldzki Shopping and Entertainment Centre, 22 Grunwaldzki Square, hall on level 0
[…] to be curt: let’s run away! 22 Fragments of (written) utterances by the participants in the aforementioned soundwalk (see footnote 2). ↩︎

An interesting problem faced by the soundwalkers is the connections between the audial and visual spheres. Although the walks are intended to deepen the auditory relationship with the surroundings, it obviously cannot be fully separated from other sensory stimuli. Hildegard Westerkamp considers the relationship between image and sound to be one of the most important aspects of her idea of a soundwalk; she asks the participants whether the “soundtrack” harmonises with their visual impressions. 33 Westerkamp, Soundwalking, op. cit. ↩︎ Incidentally, this is also a crucial question that always ought to be posed by acoustic designers of public spaces. The issue of the relationship between image and sound was spontaneously raised by the soundwalk participants, who were often unsure if their perception and evaluation of a soundscape did not depend on visual hints, or maybe on other stimuli, e.g. olfactory or kinaesthetic.

I feel better in the large room [of the Chemistry Auditorium], but not because of sound – it is about the space. I find it very difficult to “detach” the other senses.
The walk was an interesting experience, but it was difficult for me to cut off visual impressions; they definitely influenced my feelings. 44 From comments of the soundwalk participants (see footnote 3). ↩︎

The walk done as part of the artistic-educational activities accompanying the Sound Art Forum of the 15th edition of the SURVIVAL Art Review focused on the sounds of Wrocław on a Sunday, which were therefore different to the city’s usual sonic environment. Its principle, however, referred to listening to the city in its acoustic-spatial context. The selected locations varied with respect to their architectural layout, urban plan and social functions. 55 The route of the walk: the unused Chemistry Auditorium of Wrocław University, 14 F. Joliot-Curie Street – space in front of the entrance to the University Library, 12 F. Joliot-Curie Street – the courtyard of Green Day office building, 9 Szczytnicka Street – yards at 16 and 7 Nehringa Street – Pasaż Grunwaldzki Shopping and Entertainment Centre, 22 Grunwaldzki Square (hall on level 0) – crosswalk under Reagan Roundabout – tram and bus stop at Reagan Roundabout – Alley of Wrocław University of Technology Professors. ↩︎ As the participants immediately noticed, the dominating architectural and urban plan largely determines the perception of the soundscape and the feeling of acoustic comfort or discomfort, which influences both the perception of the sonic environment and the well-being of the people in it. Are contemporary architects interested in this issue, do they consciously shape soundscapes, and if so, to what extent? These problems were addressed by architect Ewa Cisek, PhD, of the Faculty of Architecture of Wrocław University of Technology in her lecture preceding the walk. 66 Lecture under the title Sounds in Architecture. Natural Resonators and Interactive Multimedia Projects was delivered in the Chemistry Auditorium of Wrocław University on 26 June, 2017, as part of the 15th edition of the survival Art Review, Wrocław 2017. ↩︎ In this context, let us also quote an observation by the outstanding Finnish architect Juhani Pallasmaa:

Every city has its echo which depends on the pattern and scale of its streets and the prevailing architectural styles and materials. The echo of a Renaissance city differs from that of a Baroque city. But our cities have lost their echo altogether. The wide, open spaces of contemporary streets do not return sound, and in the interiors of today’s buildings echoes are absorbed and censored. The programmed music of shopping malls and public spaces eliminates the possibility of grasping the acoustic volume of space. Our ears have been blinded. 77 Pallasmaa, The Eyes of the Skin. Architecture and the Sense, Wiley-Academy, 2005. ↩︎

Even if the situation of the inhabitants of contemporary cities is as dire as professor Pallasmaa thinks, not everything has been lost. Schafer’s idea of sound ecology and its postulate of “ear cleaning” is intended precisely to make the ear sensitive again – which is what soundwalks are specifically for. 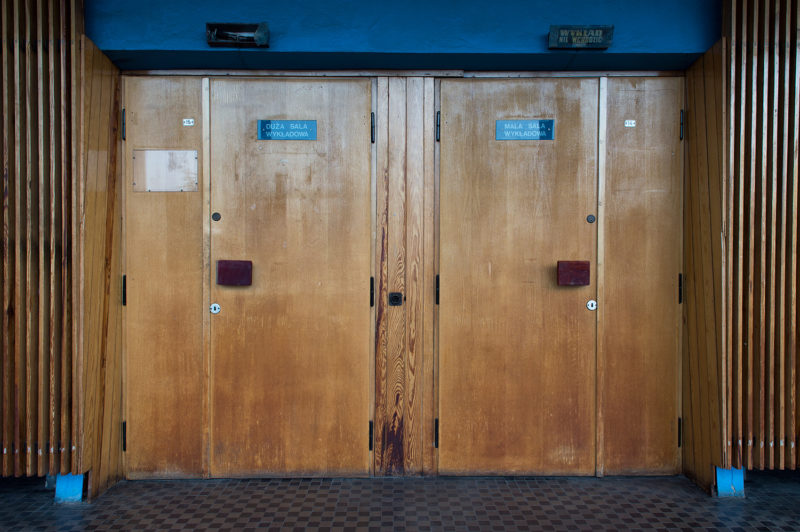 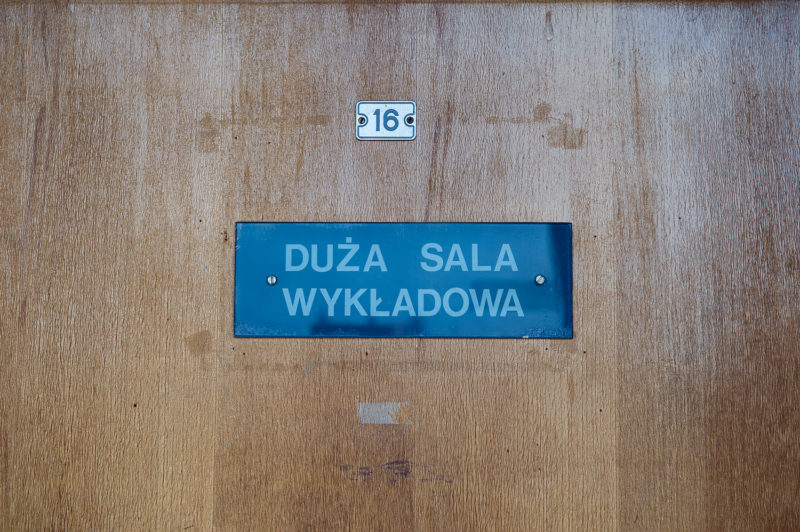 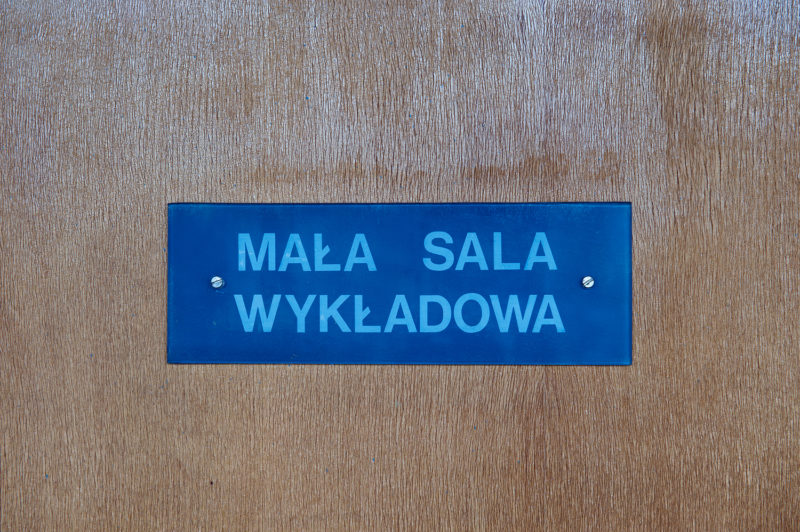 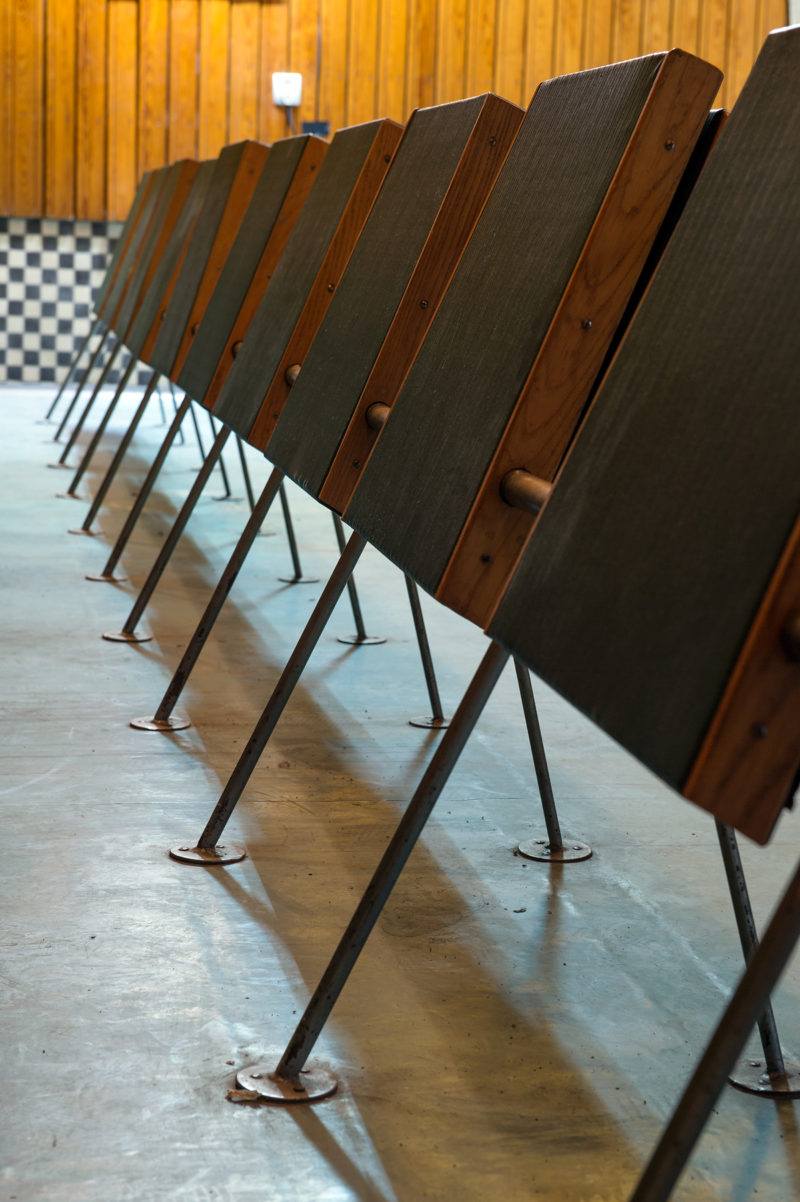 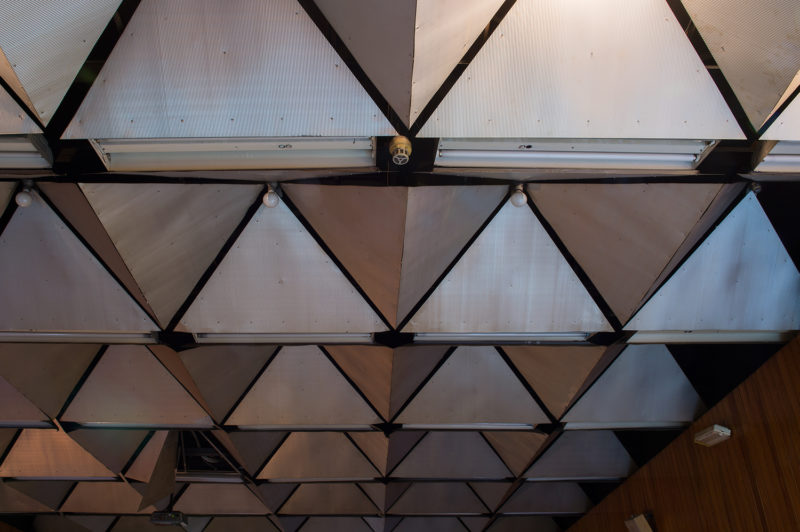