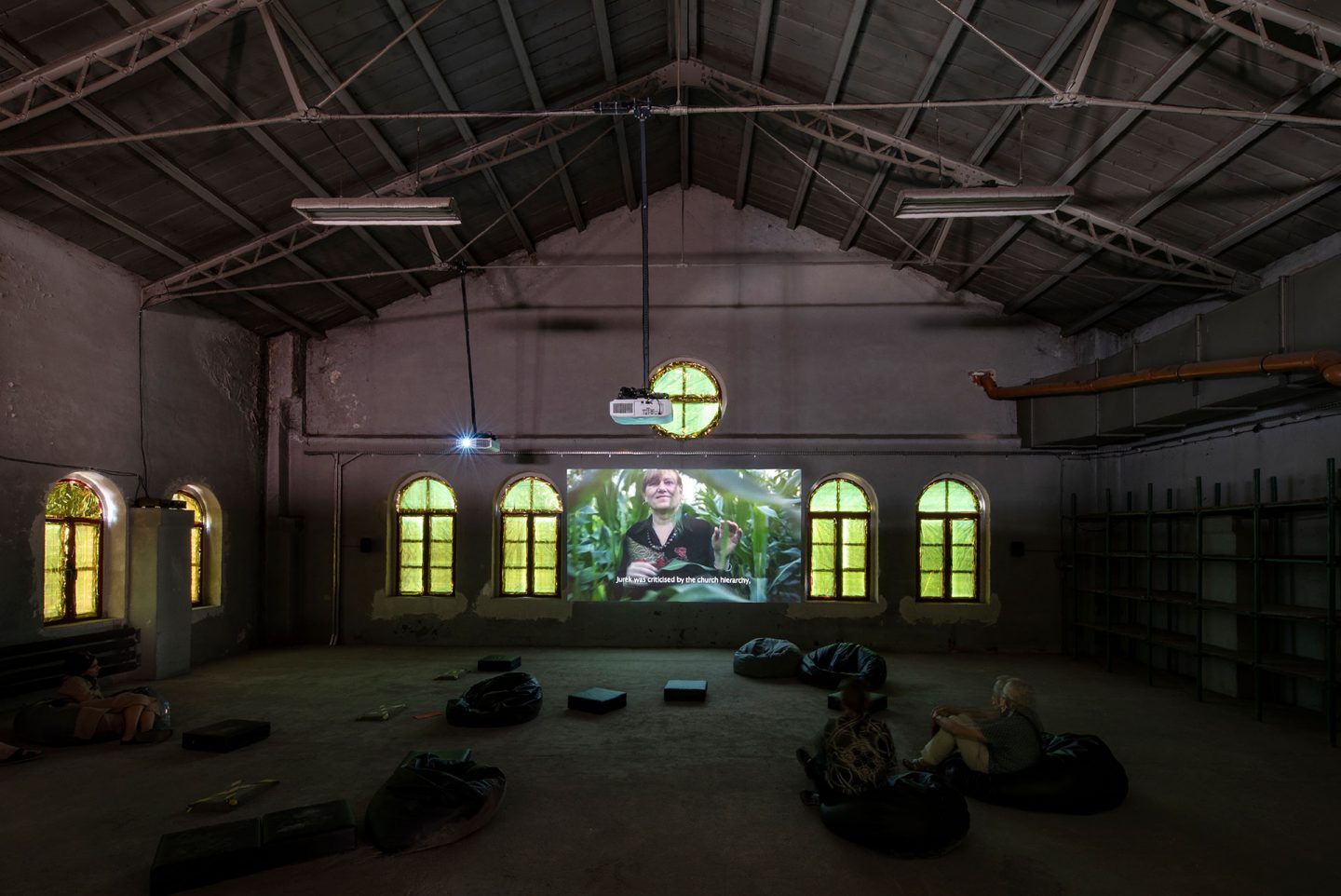 Written in the Margate and Lausanne sanatoriums shortly after the Great War, at a time marked by a sense of uncertainty, futility, desolation and pointlessness, The Waste Land is a testimony to the physical and mental condition of both European societies and the artist himself. Based on polyphony, a complex network of references and quotations, and rhetorical discontinuity, the poem not only radically challenged literary conventions, but also marked a dramatic shift in the search for the meaning of culture, history and tradition. Today, almost a hundred years later, having experienced other crises, when our threats, anxieties and fears seem to assume new forms, we question the significance of the text that has proven so fundamental to modernism. We live in anticipation of a catastrophe rather than in its aftermath. The Video Art Forum – whose structure mirrors the five parts of the poem – freely reinterprets its main themes from a contemporary perspective, indicating the historical – yet still topical – paradigms of thinking and perspectives approaching their transgresion. The first part of The Waste Land, entitled “The Burial of the Dead,” incroduces recurring motives such as water and drought, sex, knowledge, predicting the future while focusing primarily on the notions of death and rebirth. Enquiries about the influence of the dead on the living appear in Paweł Grześ’s work Palimpsest, which challenges the oversimplification of national history by confronting it with the complex and unapparent identities of an individual. The next part, titled “A Game of Chess,” addresses the issues of fertility, sexuality and motherhood, patriarchy and systemic oppression by employing socially, symbolically and psychologically disparate women voices. These themes are raised by Marta Stysiak in her work Badland, in which love, reproductive rights and institutional violence are set in contemporary realities. The motif of the destruction and disappearance of eternal cities in “The Fire Sermon” is perversely shown in Lars Preisser’s video Time of the Last Wastelands, which demonstrates how capital accumulation, the imperative of constant growth and construction contribute to the loss of identity and urban memory. Despite occasional references to Buddhism and eastern cultures, The Waste Land is clearly Eurocentric and its universalising aspirations – or rather interpretations – are based on the culture and texts of the so-called “West.” Deep Down Tidal by Tabita Rezaire presents the theme of “death in water” from a post-colonial perspective, highlighting the relationship between slavery-based imperialism and technological colonialism. Finally, the closing images of the desert sand and rocks making up the broken, parched world in “What the Thunder Said,” in Solveig Suess’s AAA Cargo become testimony to the rewriting of global geographies, in which the New Silk Road marks not only the geopolitical reorganisation of the flow of goods, capital, ideas and culture, but also the resistance of nature, manifested in the unstoppable dunes moving grain by grain.