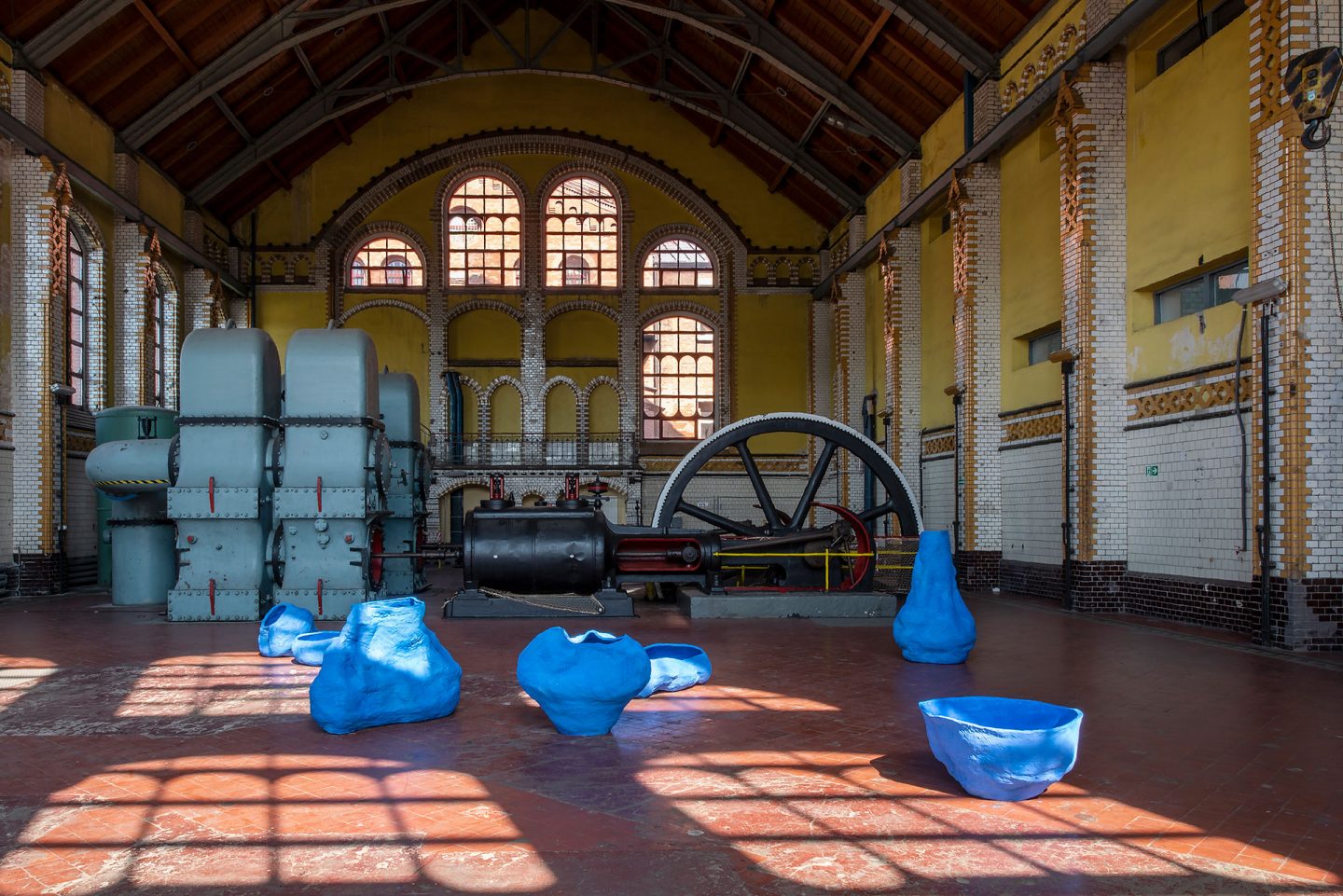 Exceptionally, the 18th edition of the SURVIVAL Art Review took place in September. Its uniqueness also stemmed from the fact that it was held in a place that is normally inaccessible to the inhabitants of Wrocław – the City Port Pumping Station, despite being over a hundred years old, is still considered a strategically important facility and as such it is closed to strollers and urban explorers, who are therefore unable to appreciate its historical and architectural values. What added to the exceptionlity of this edition was the fact that SURVIVAL 18 took place during the coronavirus pandemic, between the first and second waves of infections, as one of just a handful of events that physically took place in Wrocław at that time. Despite the necessity to meet all the restrictions guaranteeing the visitors’ safety, which were often very complex, SURVIVAL could be held. It featured almost thirty works by artists from Poland and abroad, whose scope oscillated around issues connected with the motto, i.e. Wasteland. The exhibition was seen by five and a half thousand people.

As usual, the subject of the Review was inspired by the context of the venue in combination with current events, especially the aforementioned coronavirus pandemic, which in a very short time changed the seemingly familiar world beyond recognition – locally and globally. The ubiquitous restrictions, obligatory facemasks, social distance, inaccessibility of what used to be considered basic services – all of this became the new normal, despite reactions ranging from doubts and questions to disbelief and indignation. Other elements of the new reality included: the migration of politics into the abysmal chaos of post-truth, the inefficiency of the health service, a sense of helplessness of individuals who, despite constant threats to health and life, were mostly left to themselves, unclear and constantly changing rules of behaviour, general misinformation. In a sense, the world had fractured into pieces, and one day it will have to be put together as a new whole.

Such a collapse of the familiar world is known from elsewhere – from previous epochs, cataclysms, pandemics, major turning points. Hence, the subject of the 18th edition of SURVIVAL – Wasteland – was inspired by T. S. Eliot’s famous poem The Waste Land. This fundamental work of modernist poetry, created just after the Great War, presents the reader with an image of a world torn beyond recognition – a panorama of rubble and ruins, in which the codes and formal solutions of culture and art are exhausted, no longer able to fulfil their task of describing the new reality.

Thus, the artists and curators of SURVIVAL 18 were faced with the difficult challenge of working with the context of the venue – its history, architecture, meanings – while referring to a great literary work that is one of the foundations of modern culture as well as to the current, dynamically changing socio-political situation on a local and global scale. The effects of their work, collected in this catalogue, can be interpreted very broadly indeed, as they do not add up to form an unambiguous comment, diagnosis or forecast. Rather, they capture the moment, document individual or collective history, express intergenerational tensions, trends or nostalgia, irony in the face of ultimate matters. Although an odd sense of powerlessness may still accompany these attempts, at the same time they seem to be permeated by a kind of generational awareness that can no longer be trivialised or dismissed.