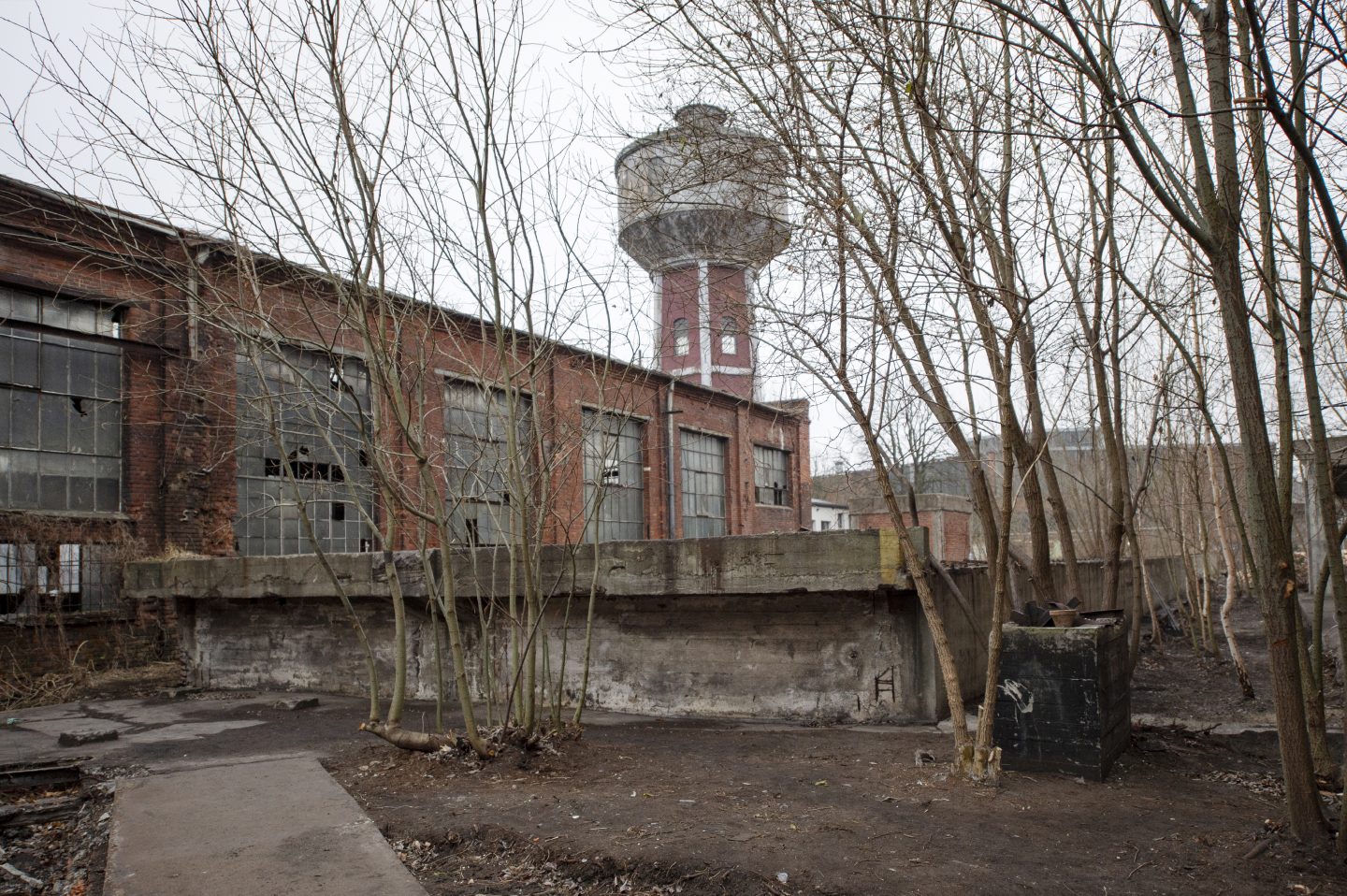 Since 1912, Linke-Hofmann-Werke has been the largest industrial plant in Wroclaw. The factory was created by combining smaller machinery and rolling stock factories (Gotffried Linke Railway Car Factory, Gustav Ruffer’s Machine Building Factory, Hofmann Brothers’ Railway Car Building Factory), whose beginnings date back to the mid-19th century. Before this merger took place, the owners of Linke’s factory started to move production to the village of Muchobór Mały near Wroclaw in 1895, where soon, several huge production halls were built and an impressive administrative building and other facilities on the area of 196 hectares. The factory employed up to 4 thousand workers, which also made it the largest employer in interwar Wrocław. It had a huge production capacity, becoming one of the largest suppliers of rolling stock in Europe. It produced literally everything that could move on the rails (locomotives, railway cars of various uses, cars for mountain railways, etc.), but also trams, tractors, machines for the food industry. The quality of products and timely execution of orders made the wagons and locomotives from Wrocław exported to many countries around the world. They also won numerous awards and distinctions at exhibitions and fairs. In June 1920, the factory produced a two thousandth locomotive. The management of the plant took great care to ensure good working conditions and social care for its employees. In their free time, they could also use the sports or holiday facilities belonging to the plant. During World War I, Linke-Hofmann-Werke produced LFG Roland C.II “Walfisch” reconnaissance planes, and during the following war, armoured railway cars and armouring components, including parts for V-2 rockets. In the 1940s, a labour camp AL Breslau II was created on the factory premises, where over 1000 forced labourers from Poland, France and the Czech Republic worked.

In 1945, the powerful Linke–Hofmann Werke rolling stock factory turned into a huge pile of rubble within just a few days. The first Polish group of workers that went into the factory estimated its destruction at 80%. However, the reconstruction of this largest production plant in Wrocław was a priority task. Its relaunch was of great importance for propaganda at the time. For Wrocław, it was a symbol of the city’s reconstruction and rebirth of local industry, and for the whole of Poland, a hope for rapid development of railway connections. In 1953, the factory produced the first post-war Polish electric locomotive and a year later, the first Polish electric traction car. The State Railway Car Factory (PAFAWAG) quickly became the pride of Wrocław and the whole of Silesia. Machines and vehicles from PAFAWAG made a great career. As before the war, they were exported to many countries. Until the 1980s, the Wrocław factory, employing 6,000 people, was the largest supplier of rolling stock in Europe. Yet, on 14 December 1981, no machines or production lines were started. People came, but instead of working, they joined the strike. In the united factories of Pafawag and Dolmel, the Regional Strike Committee of “Solidarity” trade unions for Lower Silesia had its headquarters. The committee members left the plant on the fifth day of martial law, when the halls were occupied by armed ZOMO units (Motorised Reserves of the Citizens’ Militia). Today, the former Linke-Hofmann-Werke/PAFAWAG under the name Bombardier Transporter Poland employs ten times fewer people than in its glory years, while at the same time being one of the few factories in the city that is over 100 years old and still operates in the same place.