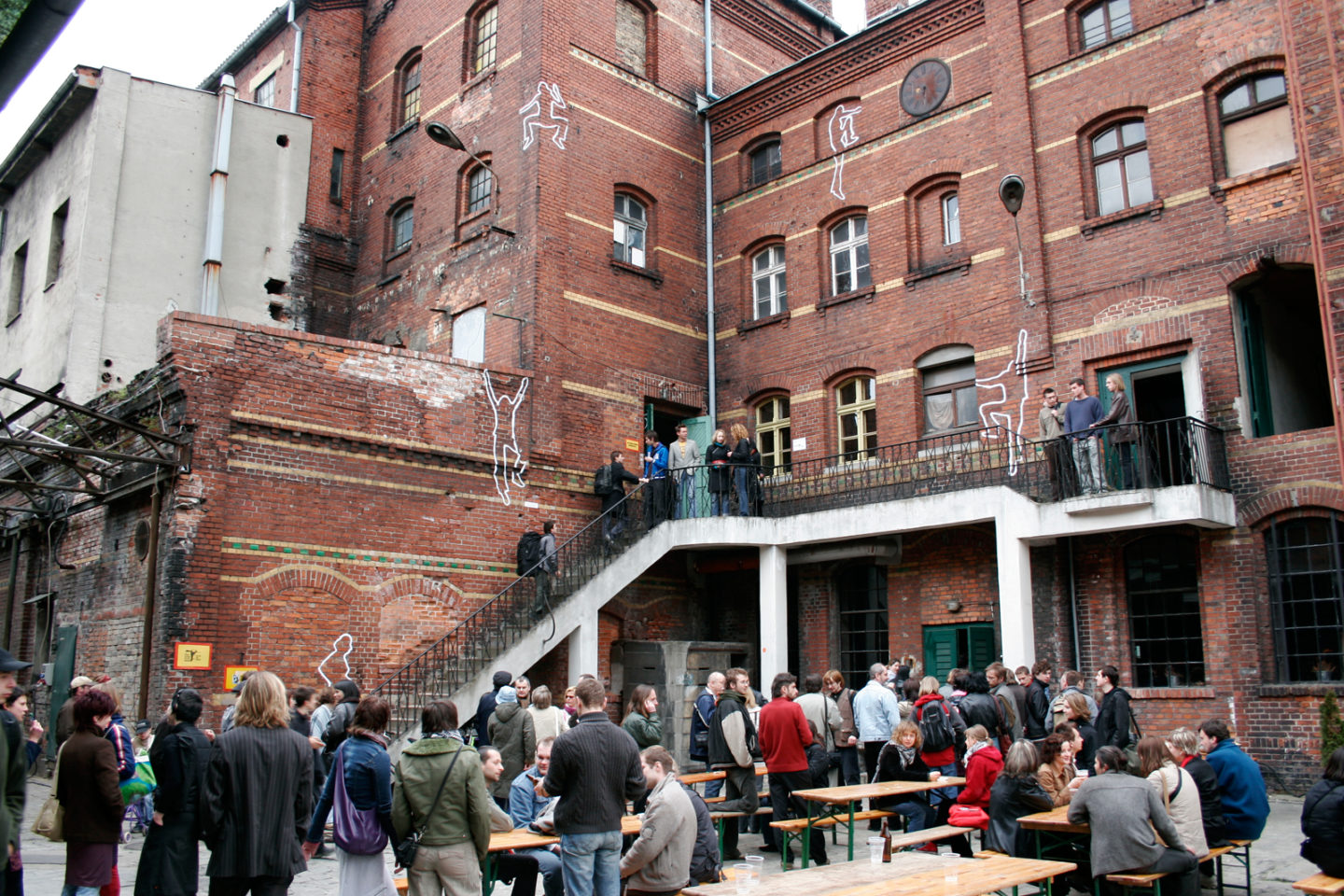 In the second half of the 19th century, local merchants revived the tradition of brewing good beer in Wrocław. Browar Mieszczański (Burgher Brewery) is a complex of preserved and partially ruined buildings dating back to around 1894, when the first brewery in the Huby housing estate was established by Robert Hain, the owner of a tavern in the centre of Wrocław. In 1907, the brewery was purchased by the Association of Wrocław Innkeepers and Tavern Owners to produce beverages that would be sold in their establishments and compete with the large, industrial breweries operating in the city. This is when the brewery received its current name – the Burgher Brewery (Bürgerliches Brauhaus Breslau G.m.b.H). After expansion, it could produce up to 6,000 hectolitres of beer per year, which situated it among the largest breweries in Wrocław. The complex suffered serious damage during the war in 1945; it was rebuilt in the 1950s, but beer would not be brewed here again until 1965. Browar Mieszczański performed its original function until 1997, when beer production was definitely stopped. The preserved buildings, located on a small plot, are characterised by simplicity and practicality of the employed solutions. Walls of red brick are ornamented with few decorative elements. Several original furnishings dating back to the 19th century and fragments of ceramic surfaces have been preserved inside. The brewery is one of the few surviving symbols testifying to the tradition of beer brewing that Wrocław was famous for. Currently, a cultural centre and the Ad Spectatores theatre operate on its premises.