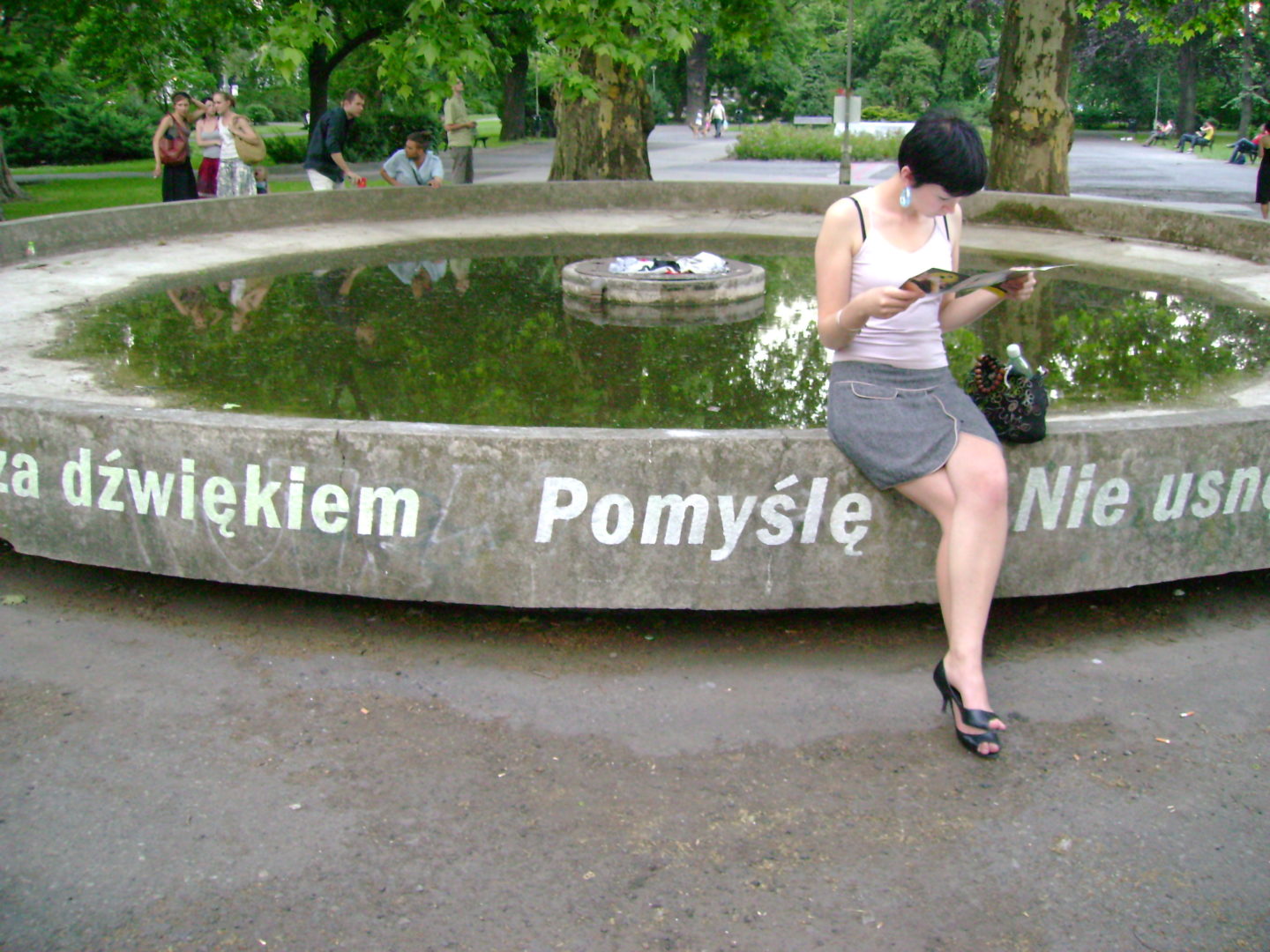 Formerly known as the representative Zwingerplatz, it is located along the pedestrian walkway between the Partisans Hill (Liebichs Höhe) and the Wrocław Opera edifice (former City Theatre), which serves as the terminating vista. This small area situated in the heart of the Old Town consists almost exclusively of historical development representing 19th-century trends in architecture. One of the most valuable architectural objects is the monumental, five-storey Sachs tenement house from 1873, often called the “Sachs tenement palace”, which is kept in the Renaissance style. For several decades, its ground floor housed the famous Café Fahrig, the meeting place of the intellectual elite of Wrocław. The owner, Leopold Sachs, was an art collector and patron of artists. The neo-Baroque edifice of the former Bayrischer Hof hotel (currently occupied by a bank) is located next to his house. The building of the former Merchants House (now the Puppet Theatre), with a richly-decorated facade and a ceremonial entrance, was erected in the same style. Other buildings around the square include: the classicist edifice of the former Zwinger Middle School and Otto Steibler’s stylistically eclectic coffee roaster (now a media library). The newest building is Julius Schottländer’s trading house from 1911 (now an office building). At the time of its construction, it was considered avant-garde because of the reinforced concrete structure and a facade whose design used the achievements of the Chicago School. Other noteworthy buildings in the vicinity of the square include the impressive classicist edifice of the Wrocław Opera, originally designed by Carl Ferdinand Langhans in 1839 and rebuilt in 1865 and 1872, and Poland’s oldest indoor swimming pool complex from 1897. The diverse body of the latter, with the dominant water tower, is decorated with a monumental facade referring to ancient and Renaissance palaces. Currently, following a multi-stage revitalisation, Plac Teatralny and its immediate surroundings, including the small Old Town Park, is one of the most interesting fragments of the Old Town.