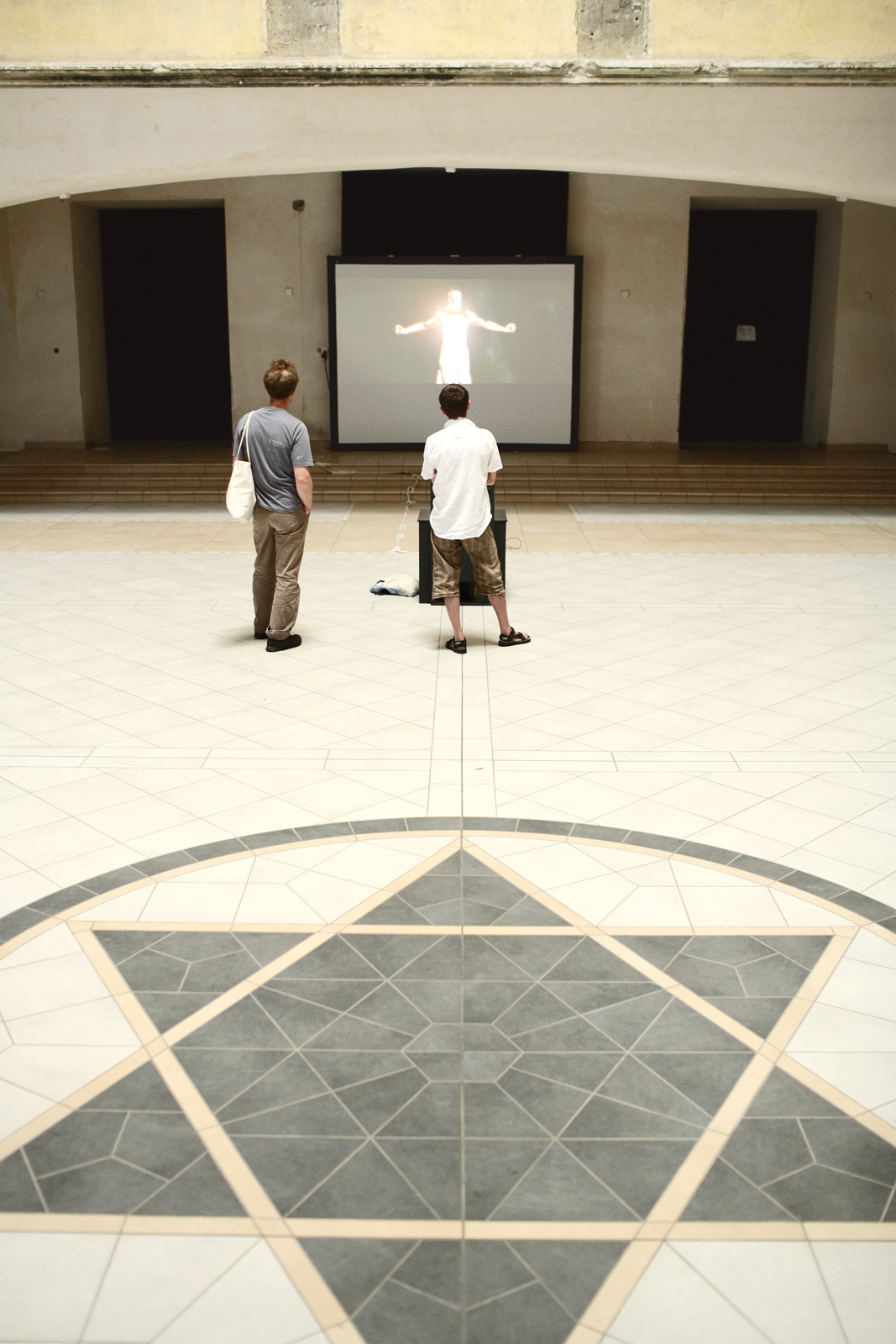 At first glance, there is no problem with Jews in Wrocław. The statement itself causes increased vigilance and arises suspicions of a deeply hidden complex. The tragic existence of the Chosen Nation in this place dates back to as long ago as the 13th century, but is forgotten by many. Let us just mention the pogroms connected with the activities of John Capistrano, the privilege of intolerance issued in the mid-14th century by Ladislaus the Posthumous, the 16th -century prohibition of Jewish settlement in Lower Silesia, an 18th-century law regulating the rights and obligations of the Jewish Community, and finally the events connected with the Kristallnacht in 1938 to understand the importance of Jews in the local history. In the contemporary awareness of the inhabitants of a city which builds its image as economically and culturally active, the coexistence of the Jewish Community in the social structure is one of the conditions of general acceptance of dissimilarity. This existence is necessary to make Wrocław look as a developed, European city devoid of complexes, xenophobia or intolerance.

It seems, however, that the trauma of the Jewish people in this place has never really been got over. The issue, together with the presence of the Romani people and the non-presence of the Germans after World War II, is carefully swept under the carpet. The festivals of various cultures which are organised here are important only for the chosen local minorities, and confirm the status quo of political correctness rather than attempt to answer the question about these groups’ significance or position in the history and society.

Can Wrocław be considered a city of tolerance and ecumenism if it is still possible to buy anti-semitic press in the local corner shop, the Star of David hanging on the gallows is being sprayed on walls and there operate organisations that declare hatred towards other nations and otherness in general? It can be said that such activities exist in every Polish city, Wrocław being neither better nor worse then this ‘norm’. But in other cities such incidents are compensated for by arousing public dialogue and attempts to revive memory. It can be easily seen how important the events connected with cultivating the history of different ethnic groups are in Kraków, Łódź or Warszawa.

Hence the decision for SURVIVAL Young Art Review to focus on the issue which is almost forgotten in the collective memory of the inhabitants of the city, the issue of the Jews’ presence in Wrocław and their exclusion from the society. The current edition, organised in the so-called Four Temples District, known also as the District of Tolerance, suggested this reasoning as one of the possible ways of interpretation. Situating the White Stork Synagogue, which was designed by Karl Ferdinand Langhans in 1829 and currently functions as the Centre for Jewish Culture and Education, almost in the middle of the festival events became an invitation to discussion about the past and specificity of this place.

‘Not Only Goodness Comes from Heaven’ – the easiest, but at the same time the most deceitful explanation of this inscription, which was installed by Hubert Czerepok opposite the synagogue, is the suggestion that the tragedy of Holocaust was somehow sent from heaven. The inscription, modelled to look like an iron ribbon resembling the one above the gate leading to Auschwitz, had been removed before the opening of the festival on the rabbi’s demand. This strong reaction might prove oversensitivity about the notso- distant history, which nips in the bud all the attempts to discuss or understand it. The Old Testament God forgives, but also punishes. But this was not Czerepok’s main message. All memories of World War II, its cruelty and genocide, are inflicted with the sublimation of suffered harm, which has been present up to this day in the memory and identitybuilding of the Jewish nation. Placing the inscription in front of the synagogue evoked clear and oppressive associations, despite the fact that the shape of an iron ribbon cannot be perceived as a symbol of harm (it was present above other gates as well), and the inscription quoted does not refer directly to ‘Arbeit Macht Frei’. The artist’s intention was not to provoke for its own sake, but to show the general source of evil, which is inherent to all forms of totalitarian power. This power assumes its righteousness a priori and forbids all discussion as a universal means of living in a community. It is difficult to talk about acceptance or tolerance when they are used only to cover false correctness and do not stimulate discussion about the shape or threats to democracy.

Ivo Nikić’s film ‘War’ was made when he was on a scholarship in Israel. The author recorded a seemingly banal event: a game of cards in one of cafés in Jerusalem. Young Israeli soldiers are playing a popular card game ‘war’. The situational context is full of fear and suspicion. There is an automatic rifle under the table, the soldiers in uniforms can be called in at any time and each person entering the café has their bag searched. The state of Israel, which has been in an almost ceaseless armed conflict since its creation in 1948, wrestles with warped human relations. Even a state of relative calmness requires increased vigilance and care. Boys and girls who do several years’ obligatory military service, at its end suffer from a trauma which they cannot easily cope with. On the other hand, as Eric Rouleau writes in this year’s May edition of ‘Le Monde Diplomatique’, since 1980s there have been tendencies among the so-called ‘new historians’ to deconstruct the founding myth of the Hebrew State, whose identity has been based on the memory of Shoah. Regardless of the differences between cultures, it must be assumed that after suffered harm comes redemption and forgiveness. In this context, Nikić’s film becomes an exponent of peaceful approach, which is an alternative to the current situation of Israel.

Three-element installation of the Pavilion of Stable Form, which was situated in an almost empty prayer room of the synagogue, refers to solemnity. Cezary Klimaszewski’s black, granite chair brings to mind the cool elegance and monumentalism of the architecture from the time when the Nazis were coming to power. The visitor who sat in this chair could watch Tomasz Kozak’s found footage film, which consisted of captivating and solemn fragments of Hollywood films, such as fights of elements or space travel.

Tomasz Malec’s input was the sound coming from under the chair – a starling’s vibrating trilling, which in Christian iconography symbolises the Passion of Christ and His redemption. The three elements, whose sources lie in different cultures, make up a message referring to a specific language, the language of opression. Solemnity is an artificial creation which is rooted in culture. Using emphasis or hyperbole, it aims at representing the unrepresentable. As the main factor of the propaganda style, it becomes a tool in promoting systems of control and surveillance, hiding at the same time their true function beneath its form. In contrast to importance, solemnity does not have to refer to real events, but enables manipulation of associations and creates an artificial sense of complacency. Situating the installation in the classical, historical building of the synagogue, opposite the Aron Kodesh, has its perverse meaning. On the one hand, it becomes an alien element, incompatible with the character of the place; on the other, it emphasises the importance of Langhans’s building as a place which creates the discourse of solemnity. It should be mentioned now that when a much bigger synagogue, the New Synagogue, was build in 1870 in Wrocław, there was a split in the diaspore. As a result, the White Stork Synagogue gathered the conservatist part.

There was supposed to be one more work at the festival, but due to technical difficulties it didn’t come into being; its meaning, though, would have been a link between the other works connected with the thread we have been following. Janek Simon’s ‘The Canal’ was supposed to be a sound installation, with fragments of unclear speeches of the Führer from Chaplin’s ‘Dictator’ coming from a drain. The installation would have lightened the seriousness of discussion and made it unreal.

Zuzanna Ginczanka, a Polish Jew and poet from the interwar period who preserved her dual cultural identity, wrote:

O Lord — I repeat
Test me with sadness, dispair, perdition and doom,
But not with happiness — I won’t stand that ordeal

This thought prophesied Ginczanka’s tragic fate (she was executed in Kraków in 1944), but it is also still present in the mutual relationships of Poles and Jews. In spite of words of forgiveness, on both sides there is a deeply-rooted feeling of distrust and a sense of having been harmed. The function of art is not merely to ornament, but also, as Oscar Wilde put it, to bring to light hidden problems and grudges. Since the 1990s it has been trying to show the complexity of historical and emotional relations between the two nations. If we do not let artists touch sensitive problems, expecting them only to make our lives nicer within the official language of political correctness, we cannot expect culture to retain truth. Truth which is desperately needed when everything that surrounds us has been artificially created in Public Relations departments.