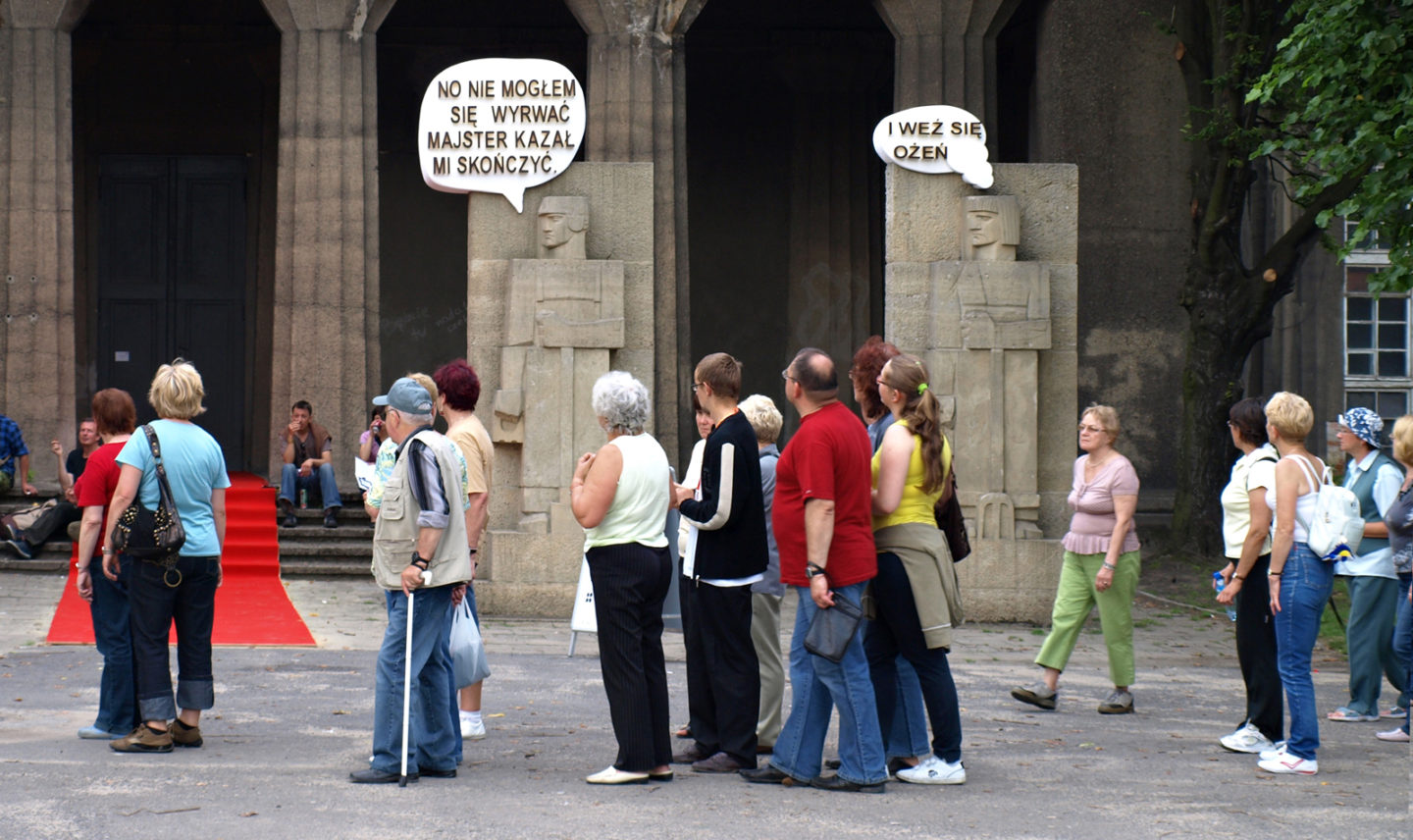 Unique on a European scale, the exhibition pavilion was the last major commission received in Wrocław by the brilliant German architect Hans Poelzig, who in the years 1903-1916 worked as the director of the local Academy of Arts. The pavilion was built in 1912 as a permanent element of the Wrocław Exhibition Grounds, whose central feature is the monumental Centennial Hall (1913). The pavilion comprises four wings surrounding a square courtyard. In the middle of each wing there is a magnificent exhibition hall covered with a high dome. It was in these large halls and numerous smaller rooms where the historical part of the Centennial Exhibition was held, marking the centenary of the liberation wars against Napoleon’s army in 1813. Although Poelzig designed the pavilion as a spare modernist building, he also used elements associated with the architecture of the first half of the 19th century, thus referring to the main theme of the Centennial Exhibition. They include portico columns cast from concrete and classicising facade decorations. Over the years, the building was the venue for many important art exhibitions and historical presentations, including the 1929  Wohnungs- und Werkraumausstellung WuWA (workplace and house) manifesto of modern architecture in Wrocław or the 1948 Exhibition of Regained Territories. From 1953, it was the seat of the Feature Films Studio, which used the facility as its atelier. In 2016, following a major overhaul and modernisation, a branch of the National Museum in Wrocław opened in the pavilion as a site for presenting contemporary art. Together with the nearby Centennial Hall, the pavilion is a UNESCO World Heritage site.