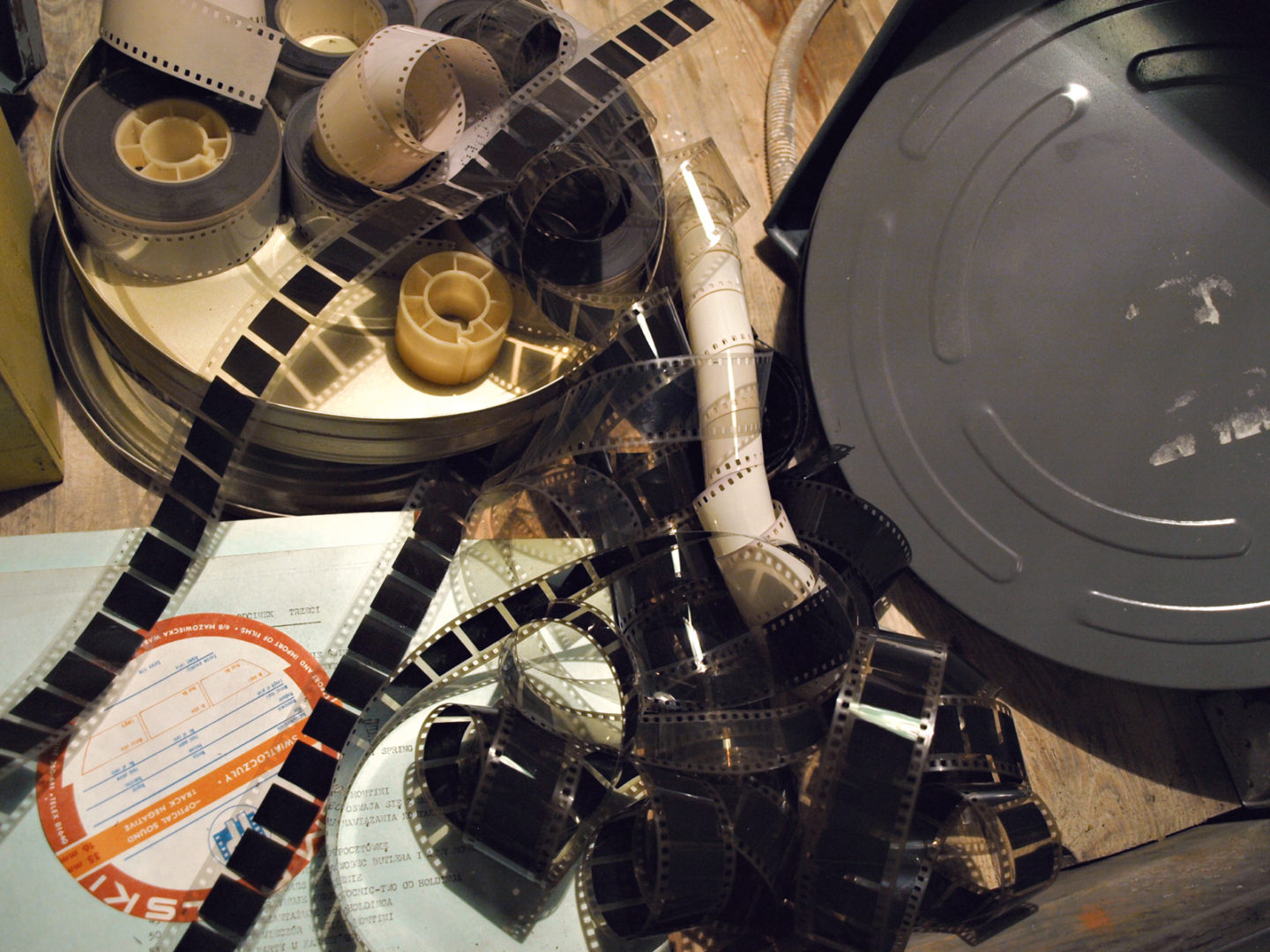 The Anatomy Lesson, From Letter to Number, Animation Is a Woman, A Gross Refinement and Film Matinees for Children of All Ages – these were the titles of animated films whose screening took part during the 7th SURVIVAL Review. The curator’s aim was to show the richness of animated films, their proximity to plastic arts and the similarity of topics and formal solutions. That is why the programme included both extraordinary classic works – pre-war avant-garde, the 60’s and 70’s – and the newest films made by students in recent years.

We woke up old projectors – equipment which had not been used for years took a new breath, old employees turned films on and for a few days the place came back to life, as it used to in the past when one screening followed another. The old-fashioned projection room with its panelled walls gave refuge from a downpour of rain to several dozens of viewers on a couple of occasions. One rainy Saturday Peter Brook came by chance to watch a film for children – he saw a Polish 1960s film Maluch, and was said to have liked it…

The peculiarity of the place infected the viewers, who reacted equally enthusiastically to epic tales and abstract études, film jokes and philosophical miniatures. Short films make a good average – during the six shows we saw several dozens of films, including some genuine pearls.

Balbina Bruszewska’s City Sails On – this year’s winner of numerous festivals – was received in a similar way. This energetic, collage epic on the contemporary Łódź was appreciated, among others, for the satiric commentaries of elderly radio-sermons listeners who, as if they were candidates at a miss contest, say what they would do if they were queens of Poland.

Ha-Ga is an animation which was shown at SURVIVAL for the first time inside a cinema – initially, it was a ‘moving’ element of Hanna Gosławska’s monographic exhibition in the Museum of Caricature in Warsaw. Despite the film director Krystyna Golendzinowska’s fears, who doubted the success of her miniature, Ha-Ga’s animated pictures with Beata Tyszkiewicz’s funny commentary won the viewers’ hearts and closed the final show with encores.

Also classic works (Franciszka and Stefan Themersons’ Eye and Ear, Jan Lenica’s Monsieur Tete, Piotr Dumała’s Freedom of the Leg, Ewa Bibańska’s Unfaithful Portrait) took on a whole new dimension when we saw them in the new context of the Anatomy Lesson show. The Polish school of animation showed its strong connections with Europe in the showing entitled From Letter to Number, in which the notion of a sign in the works of Stefan Schabenbeck or Daniel Szczechura dialogued with the masterpieces of Raoul Servais or Stuart Hilton. The viewers’ most avid interest was probably aroused by the shows Animation Is a Woman and A Gross Refinement – feminist subjects and animated film bordering on other forms of art. Thanks to our cooperation with two other Polish festivals: Reanimation in Łódź and Animator in Poznań, we were able to show films previously unknown to wider audiences which won the two competitions.

Animusz was a feast of animation in old settings with a new audience.