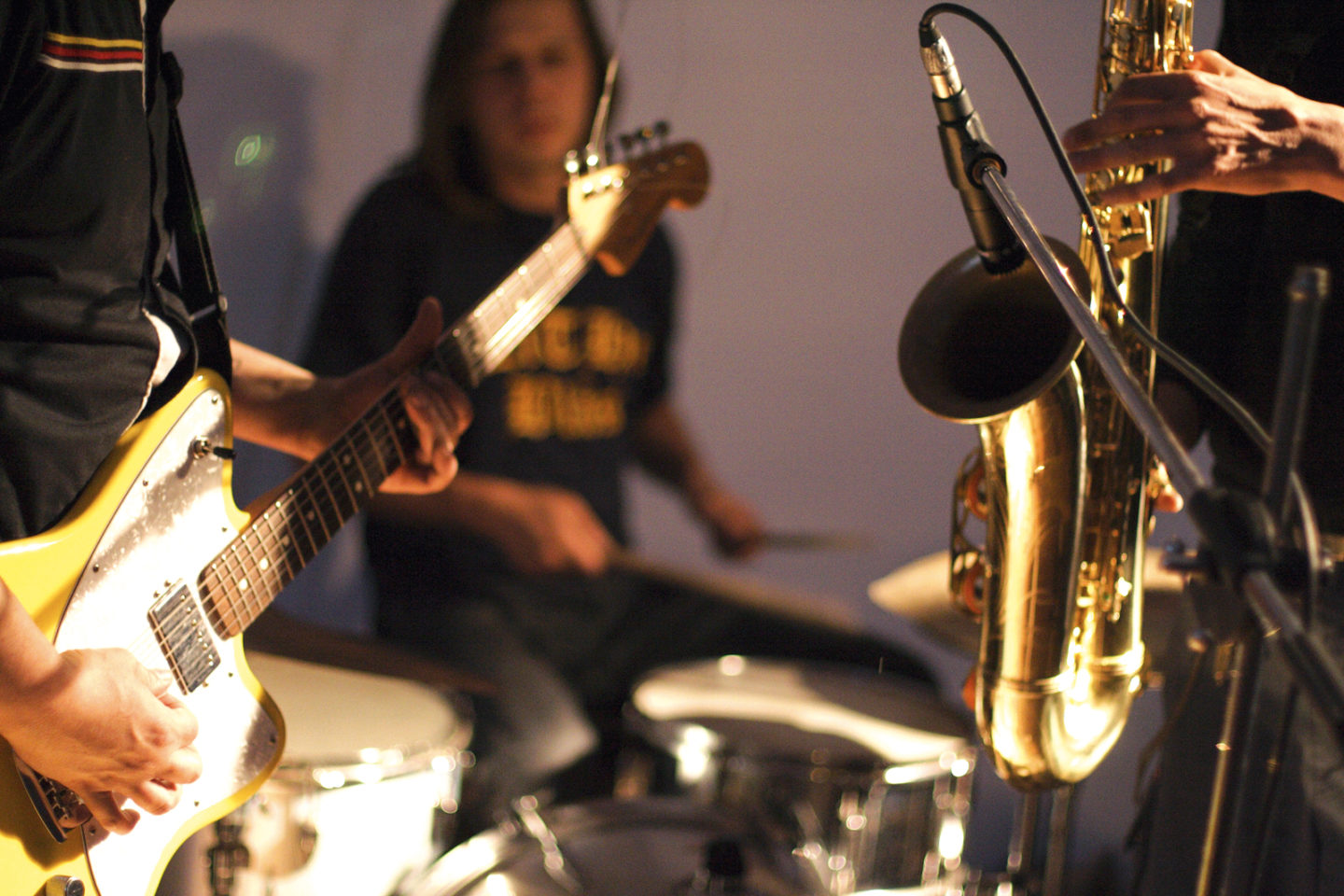 The second edition of SURVIVAL’s Music Scene added a new element to the formula – a sound installation – which brought it closer to the main programme of the Review. Wojtek Kucharczyk’s work ‘Dobly Southround’, in spite of being very sensual and vital at first contact, showed a variety of contexts of this branch of contemporary art (a virtual lack of Polish field recordings and the art of audio engineering, and the emergence of sound ecologists). This realisation, despite its highly conceptual character, served as a good introduction to the planned concerts. Starting from its characteristic motives (adventure, a quest into the unknown, a challenge to context, mixing genres and acoustic strategies), we tried to invite artists who represented an equal level of creative involvement and who consciously transcended boundaries between genres (although, for financial reasons, we had to limit ourselves to artists from Wrocław only).

We managed to carry out the Polish premiere of Kucharczyk’s revived solo project retro*sex*galaxy in a double stereo system. But it was not only the venue and part of music material that referred to the ‘Dobly Southround’ sound installation. Kucharczyk directed his attention towards thick drum pieces, unbelievably dance but also crude, tribe-like. Of all his projects, this one most clearly shows his fascination with African rhythms – from traditional rituals of Central Africa to Talking Heads to South African discoveries presented by Honest Jon’s record label. Let’s hope that this incredibly dynamic concert was an introduction to another turmoil on Polish music scene (just like five years ago r*s*g initiated The Complainer project).

The second main motive of the concert programme was new Wrocław guitar bands, who are redefining this well-worn term, in terms of Polish music scene, through their formal approach and energy. The Kurws, thanks to their music erudition, consistent practice of composition and a fresh look at the best years of Rock-In-Opposition and the idea of post-punk (i.e. abandoning rock’n’roll and carnivalesque elements of punk), are becoming one of the most interesting Polish bands. The SURVIVAL concert proved yet again that each of their performances is an adventure of experiencing musical brilliance and garage energy. Dead Snow Monster, the second groups from the ‘guitar’ trend of the Music Scene, explores neighbouring areas. In spite of smaller experience, they proved with their musical openness that it is still possible to be intriguing at the border of garage rock and VelvetUnderground-like guitar minimalism.

We were not so lucky with the third part of the programme – djs’ sets. Organisational and technical problems prevented Ubunoir (the selector of dance revelations of young Internet music originals from Radio Sitko) from performing, and limited dj Plan’s eclectic set to minimum. It was only dj QB in his more than one hour long performance who proved the vitality of minimal and dub techno (as reflected in last year’s artistic accomplishments of Robert Henke and Moritz von Oswald) with his sensitivity to sound and world-class mixing.