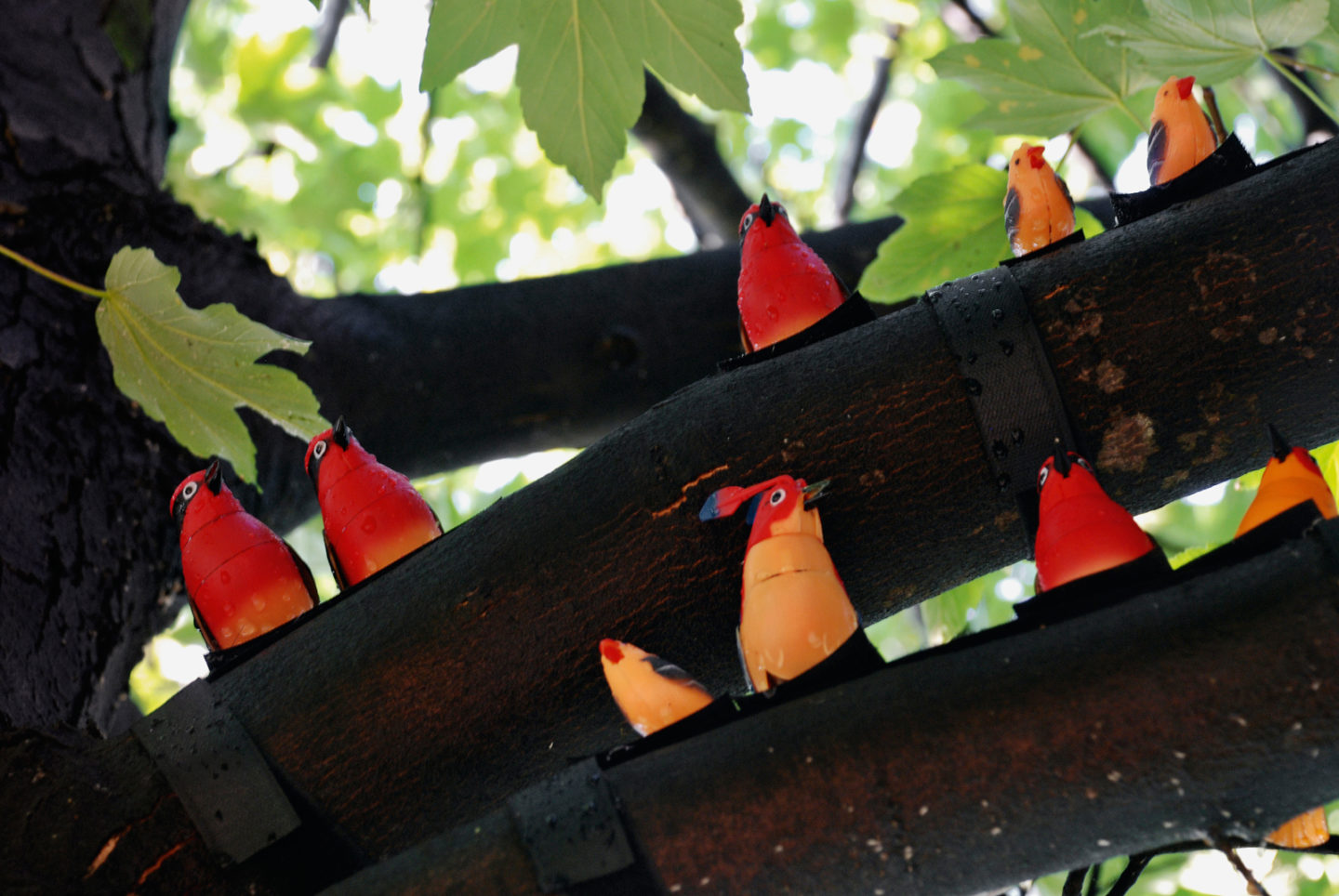 PARKS, GARDENS, CITY
The term park, which comes from Latin parcus, means: thrifty, moderate, modest. Gardinus in turn, from which the English word garden, Geman Garten, French jardin are derived, means enclosed. The garden is the opposite of the city, but it is also the opposite of wild nature because it is a creation of culture (from Latin colere). It is cultivated, kept and improved by taming wilderness and removing its excess, which expresses human striving for beauty.   A condition necessary for a park (i.e. city garden) to come into being is the city which surrounds it – usually too big to enable its inhabitants to have regular contact with nature outside its boundaries. It is worth remembering that in antiquity, when the history of cities began, an urban centre played the role of a fortress – it was supposed to protect against untamed nature. It was both the opposite of nature and a peculiar form of human response to nature’s vitality, unpredictability and ubiquity. To produce an idea of a park as a garden inside urban areas, accessible to all inhabitants regardless of their social position and wealth, it was necessary for the city to reach a size which, paradoxically, made it more difficult to come in contact with what had been consistently marginalized so far. A need for greenery emerged when people, separating themselves from nature, moved the meeting point of these two worlds too far.

AN ARENA OR A SALON. WAYS OF USING
A majority of contemporary parks are ‘arenas’ of opposite practices of ordering (as manifested by attention to flora and spatial elements) and disobedience, i.e. using parts of the park to fulfill individual needs and put into practice ideas and inspirations, often untypical, which can both facilitate the social function of these places and – in extreme cases – lead to the devastation of the created infrastructure. Parks also play the role of a city’s ‘salons’ because their open space facilitates the human tendency to parade and expose oneself. Parks are background for such forms of expression.

Comparing a park to a salon (i.e. a room which has a stately character) may also be related to a process which has been quite common in Poland in recent years – of building the image of contemporary metropolises on the basis of renovating and aestheticising their chosen parts. Indeed, Polish parks are sometimes given, usually top-down, a ceremonial function of ‘the city’s green salons’, ‘furnished’ better or worse, playing the role of urban forums, venues for theatre plays, concerts, banquets, picnics and festivals.

ART IN THE PARK
Open park spaces bring new quality to thinking about ‘exhibiting’ art in public space – it is a possibility of looking inside the landscape deeply and broadly. This situation, which is unique in urban conditions, gives artists an opportunity to carry out plain air projects connected with the sphere of land art, i.e. interfering with various dimensions of landscape – fragmentarily, locally, but also totally. What the effects of such actions have in common is a feature which may be described as illusory (or rather feigned) ‘obviousness’ – whose aim is to make objects of art similar to the infrastructure, natural formations, or formal results of human activity found on the spot.

Two tendencies present in shaping urban green areas: a rational, ordering, geometrical one (connected especially with the notion of a garden), and an emotional, conservative and aestheticising one (identified mainly with the idea of a park) became indicators of the ninth edition of SURVIVAL. Referring to the idea of a garden, understood also as a metaphor of creation, triggered deliberations on the relations of art and space in which it was presented. The form of a park, which seems to be ordered but hides the chaos of nature, corresponded in an interesting way with the game of tensions and creative explosions which took place during the Review.

SURVIVAL 9
For the first time in its 9-year history, the SURVIVAL Art Review was carried out in a completely open space, almost without barriers which would limit visibility and provide relative comfort to artists when assembling their works. So far only three editions: the third, the fourth and the fifth one, were carried out – albeit partially – in similarly transparent venues in Wrocław (in chronological order: the Central Railway Station, the Teatralny Square with its surroundings, the Four Temples District).

Undoubtedly, SURVIVAL 9 was – more than in previous editions – not just an experiment on confrontation with a mostly random audience, who exhibited a wide array of sometimes extreme emotions (including enthusiasm, spontaneous questions and following conversations, but also acts of vandalism and aggression), in a venue unsuited to presenting art. This time the artists, curators and organisers were literally exposed to public view. The Stanisław Tołpa Park in Wrocław, which was the venue for this year’s edition, provided no shelter, no roof above the head or a makeshift studio.

For this reason, the work of the curators and organisers of SURVIVAL 9 was twice more difficult. In the conceptual and preparation phase, it included not only creating logistical and technical possibilities of presenting art in such an unusual place. A peculiar amorphousness, a lack of dense architectural structure which would provide protection as well as create points of reference for artworks – their scale, composition, ways of presenting – resulted in the biggest challenge the curators had to face – the absence of form understood as a ‘framework’ or ‘casing’.

A natural consequence of this was the decision to include activities connected with assembling the artworks in the official duration time of SURVIVAL. In a way, it was a return to the original principles of the Review, which stems from the idea of common, spontaneous work of artists for whom the vernissage was a culmination of a process rather than making the exhibition formally available to visitors. The artists’ presence in the park could not go unnoticed and their works, which were not separated from the surroundings in any way, were constantly ‘exposed’ to its direct influence. The resulting constant tension and the processual character of most of the realisations had an impact on the shape and meaning of the whole exhibition.

When deciding to exhibit in such space, the artists demonstrated openness to what is unexpected and unpredictable. Conscious consumers of modern art, or people sensitive to it, are scarce in a park. That is why a considerable part of the ninth edition of SURVIVAL took place in an aura of transience, unseen or ignored by viewers who equated natural elements of the park with the objects added using the principles of mimicry. It is worth mentioning though that what constituted the unique value of the event was the clash of the park users (observers) and the artists (the observed ones), which often resulted in extreme emotions, since the artists were not able to work in comfort and the park users – to use the familiar place without disruptions.

Almost forty projects and artistic interventions permeated the fabric of the park, facing its special conditions of ‘exhibition’ and interfering with the everyday lives of its users. A place which was not entirely real emerged, which – just like a garden or a theme park – had partially magical, partially pragmatic functions. This processual interference enable the artists to establish contact with the audience and reconsider the relationship between art and public urban space.