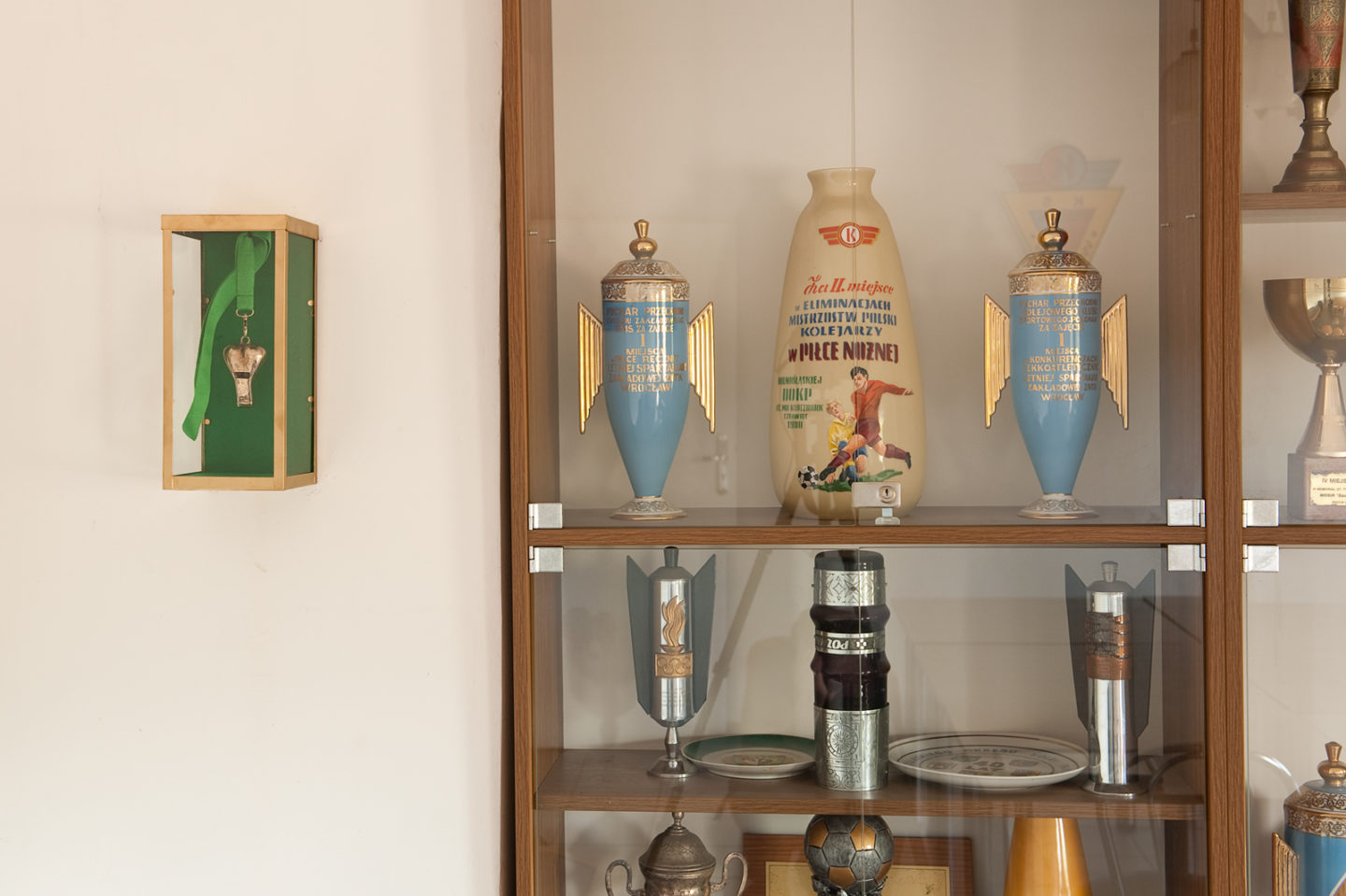 At a glance, Dorota Nieznalska’s work resembled an ordinary whistle. Its shape, however, surprisingly coincided with the shape of male genitals. The work, like a trophy, was hung on an ornamented (club) lanyard and put in a special glass case installed in the proximity of another glass case containing cups, distinctions and souvenirs of the games played by local teams. Nieznalska thus commented upon the oppressive, disciplining dimension of sport – for it is a whistle which is used to ensure that players obey the rules of the game. Symbolically and literally, it is an object which disciplines (the body), creates and sustains hierarchies, and, as Nieznalska sees it, hierarchies, drills and submission create rules which govern the world of men. Football, based on dynamism, aggression and fight, serves as a metaphor of this world. 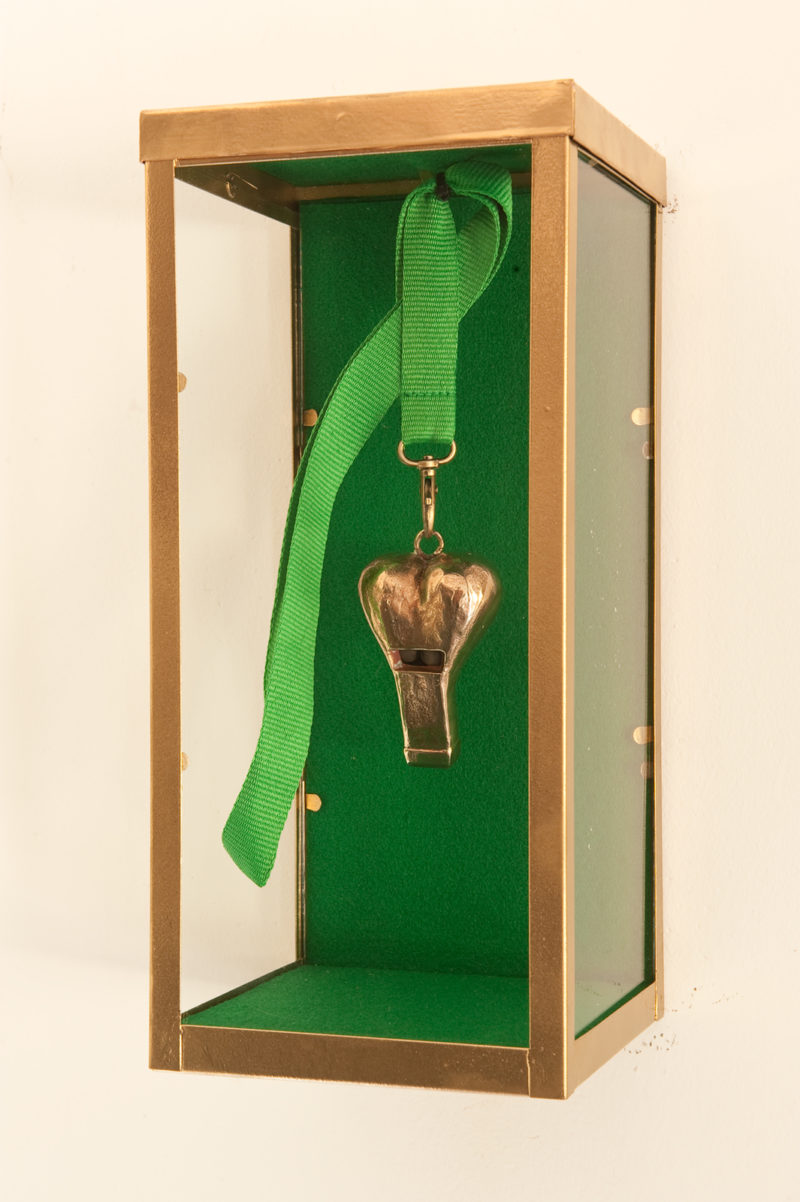 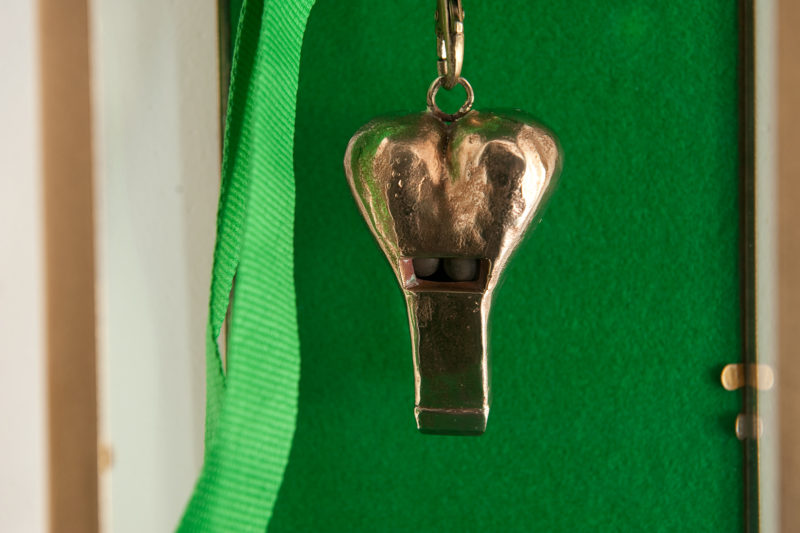