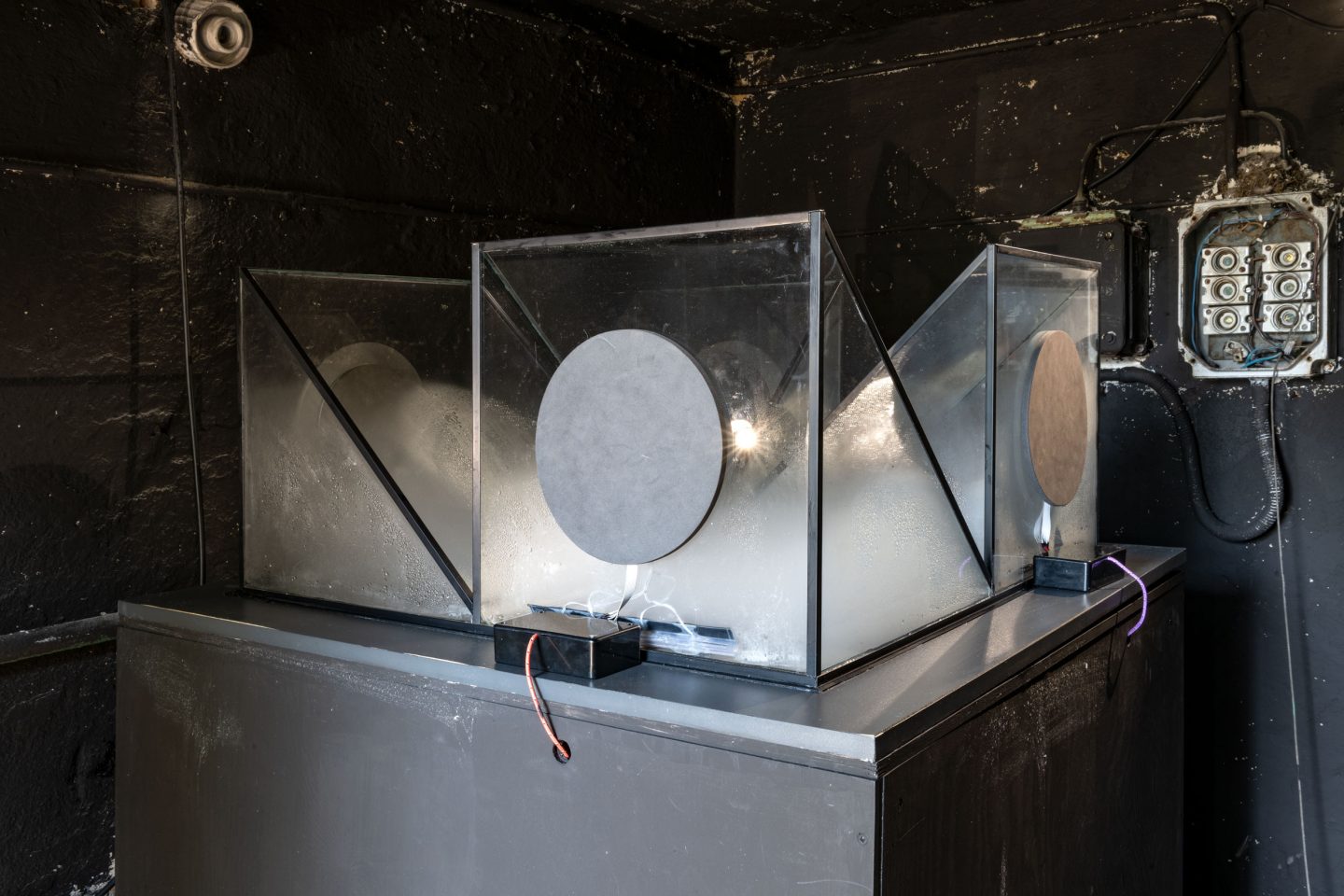 The epiphone is an instrument for the distillation of liquids using ultrasounds. It consists of four interconnected prisms. Piezoelectric plates are mounted at the base of each of them, emitting ultrasounds at a frequency of about 110 kHz. Immersed in water, they act as diffusers – atomisers used in air humidifiers. As a result, the water is sprayed in the form of mist, condensing on the sloping ceiling of one of the prisms and flowing down into the tray of another. The distilled liquid circulates in a closed circuit of four aquariums. In traditional acoustics, the sound can be prolonged, amplified or extinguished by architectural solutions, using the phenomenon of resonance. Due to the constant change of the centres of acoustic wave propagation (air, water vapour, water), the installation loops the sound in a closed cycle of epiphenomenal transformations. The processed and condensed ultrasounds reverberate in a limited, claustrophobic space, creating a vertical, visible wall of sound. In the collection of texts Architecture as a Translation of Music, Maryanne Amacher explained the concept of psybertonal topology as a composing process based on the observation of continuous changes of sound structures in architectural space. The epiphone is an instrument aiding the process of reorienting our hearing habits. 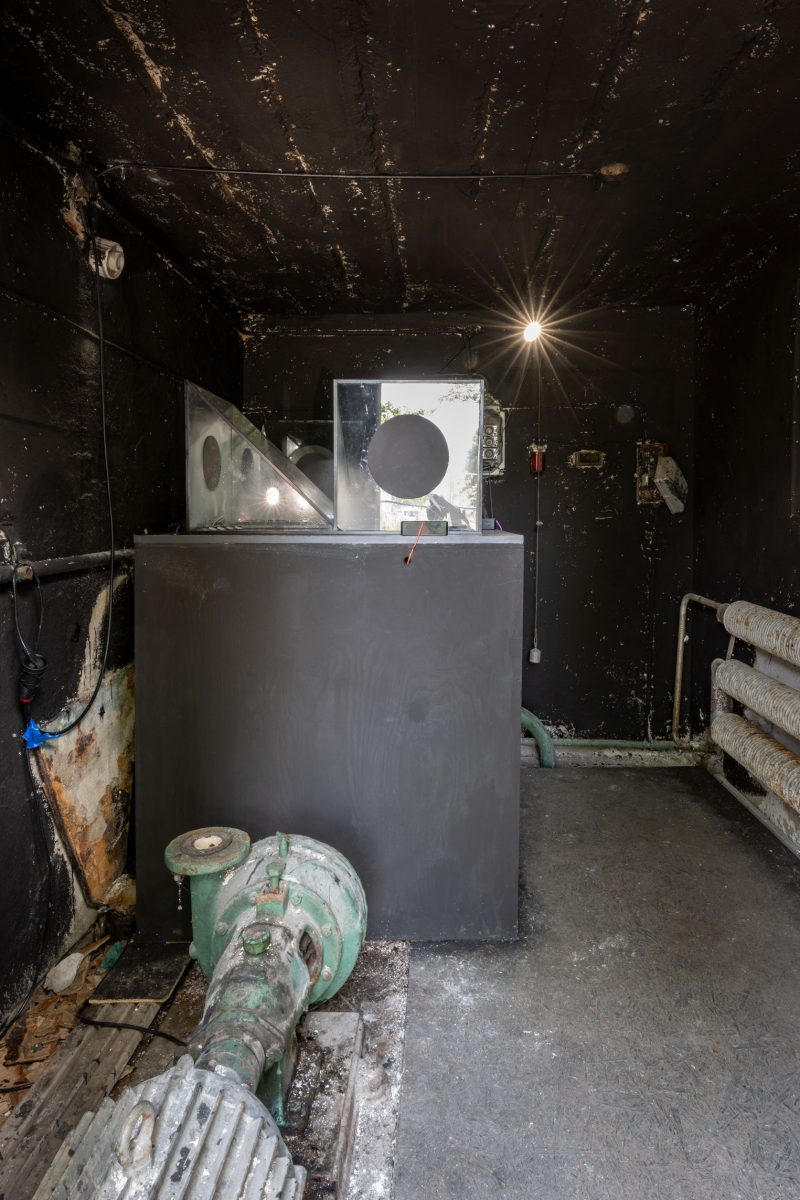