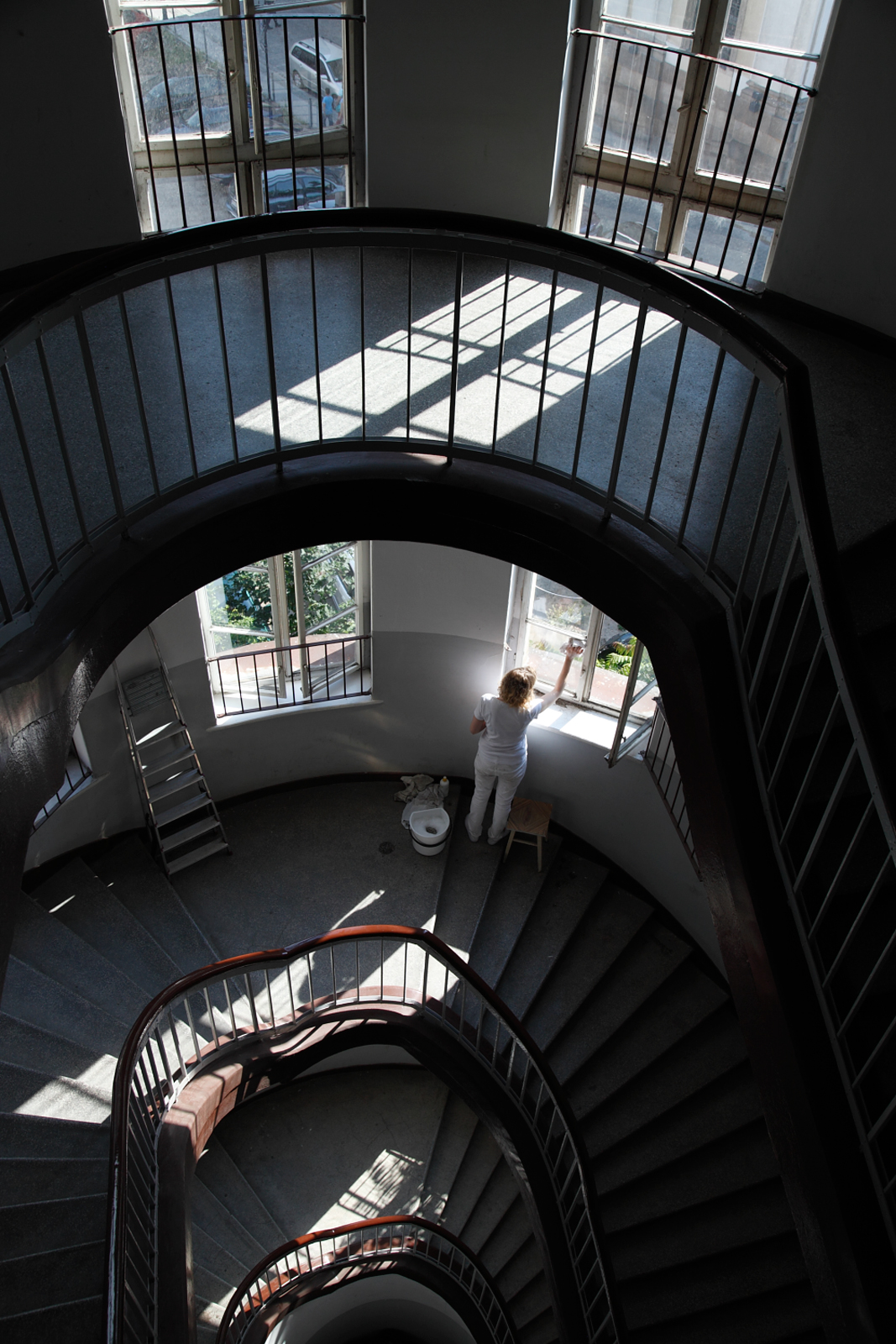 The Filter performance was a simple action of cleaning the windows in the abandoned building of the Faculty of Pharmacy. This inconspicuous and seemingly unnecessary action held the potential of ritual cleansing, of washing away the social and cultural conventions. In this gesture, the building, which is by default an inanimate object, was personified.
Performing the action of windowcleaning in an abandoned space could be symbolically interpreter as entering the forgotten and denied part of the ego. It directed attention at simple actions that make up life, and showed that it was possible to find transcendence in them since they are an act of human will. 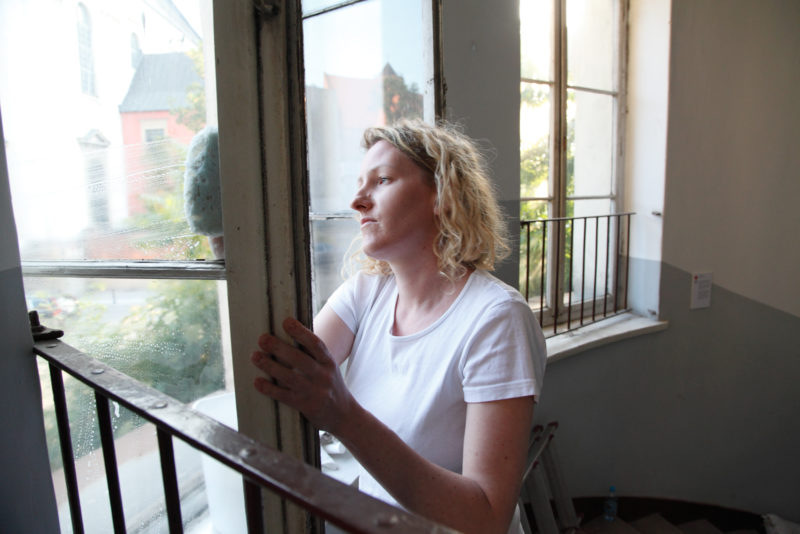 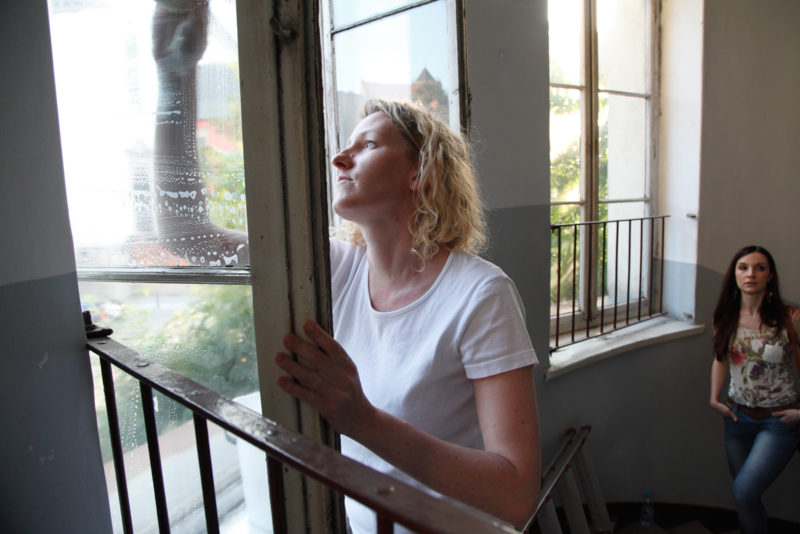 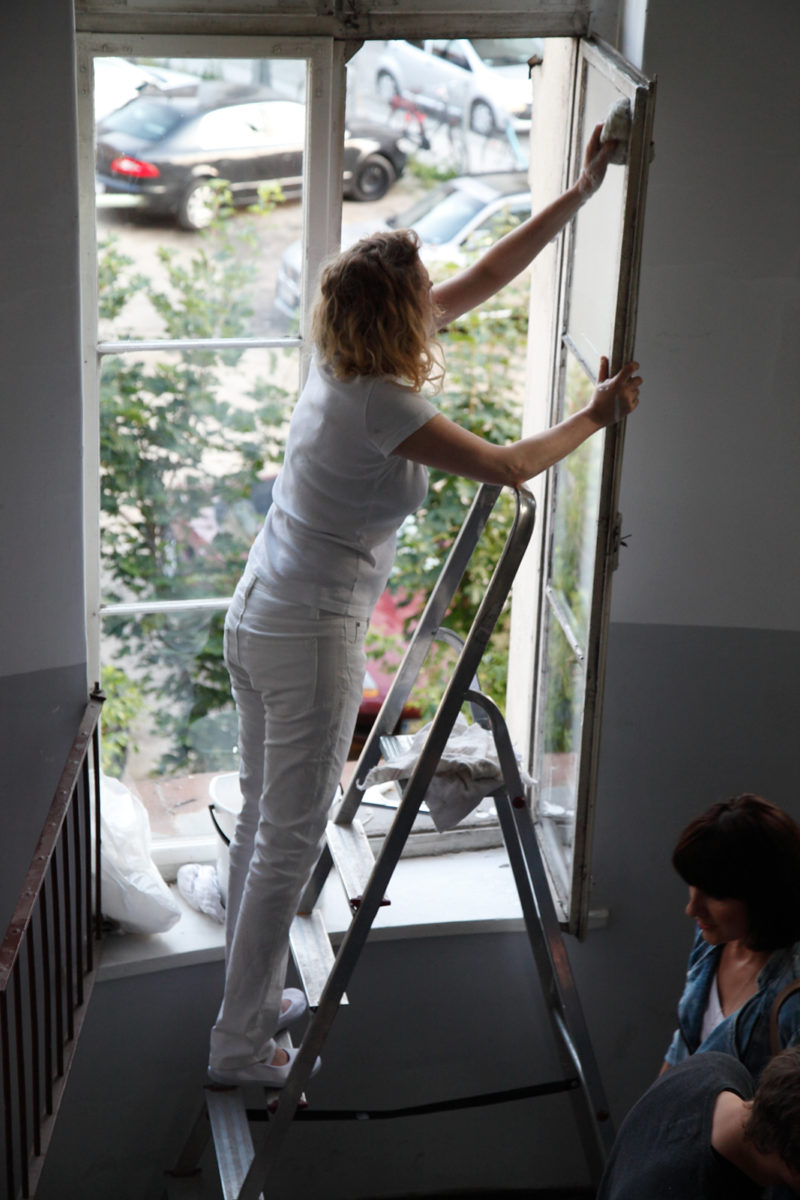 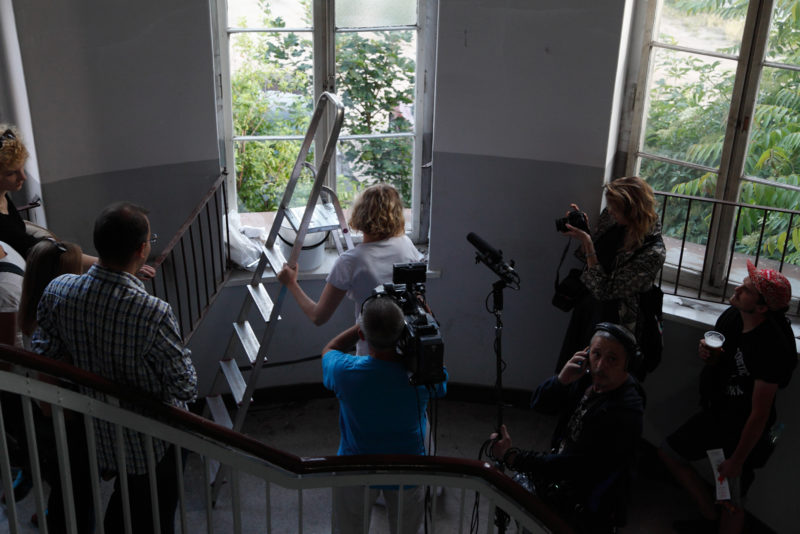 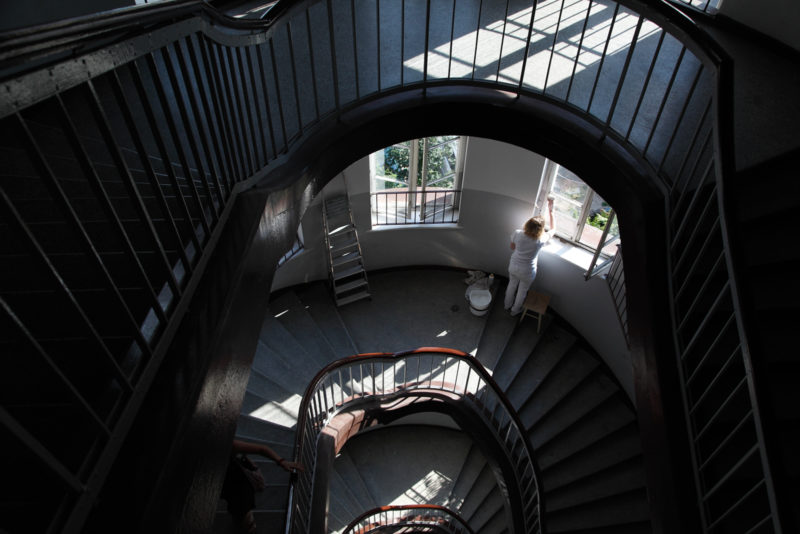 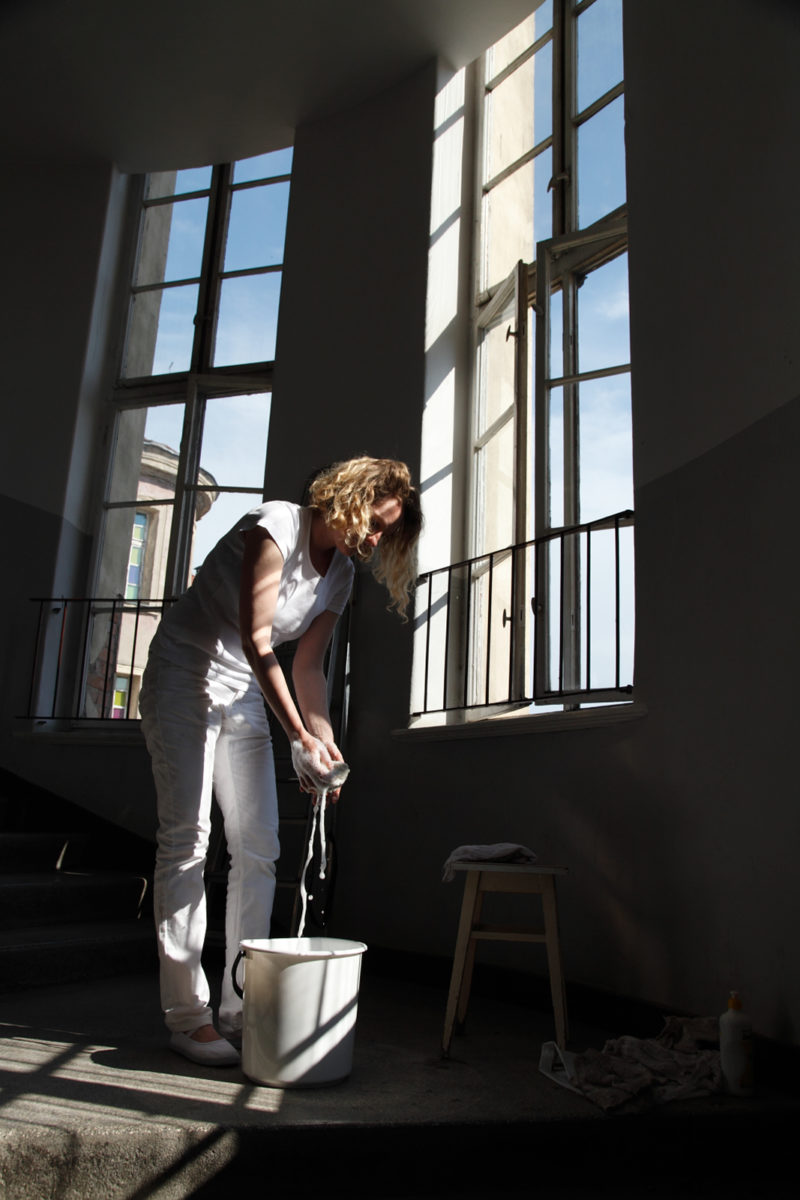