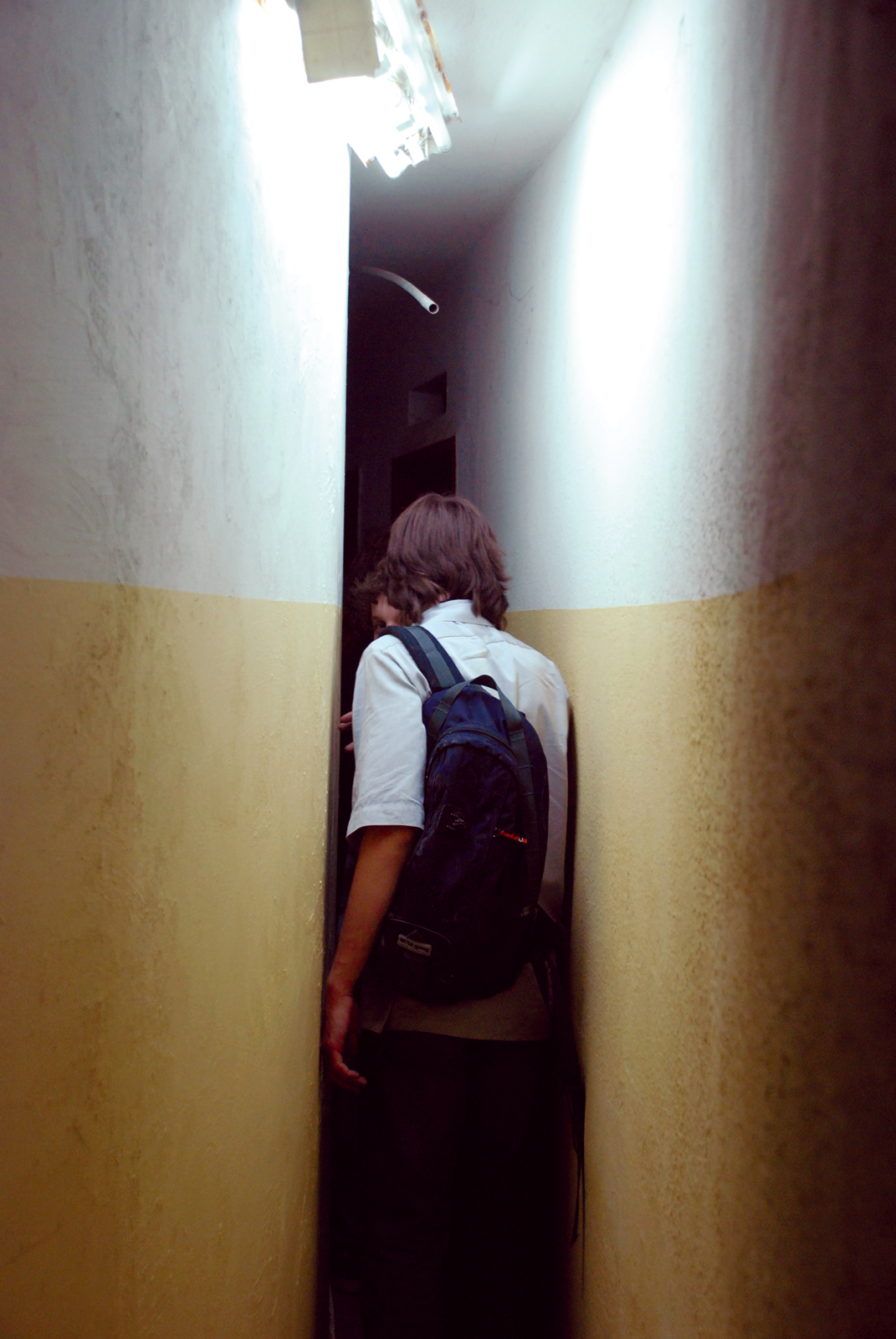 The ‘Cyclical Form’ installation made use of an indoor space which consisted of two parallel arched corridors. When deciding to build a construction which would nar­row one of them, Górczyński interfered directly with the architectural tissue of the bunker by using it like material for sculpture. In spite of a large-scale interference, the effect turned out to by surprisingly discrete – and for some people invisible. Narrowing a part of the corridor, almost to the point of blocking the passage, was sensed only by the most observant visitors who suspected it was an intentional distortion, a purposeful obstacle. The igno­rance of the original topography of the bunker resulted in most visitors’ perceiving this peculiar ‘eye of a needle’ as an intentional fragment of the original structure. Find­ing oneself in such a perfectly prepared space which, in its critical point, forced the visitors to sidestep it in an uncomfortable position resulted in a feeling of being in a trap and wanting to go back. Those who persisted in overcoming the claustrophobic moment were rewarded with entering a new, safe space. 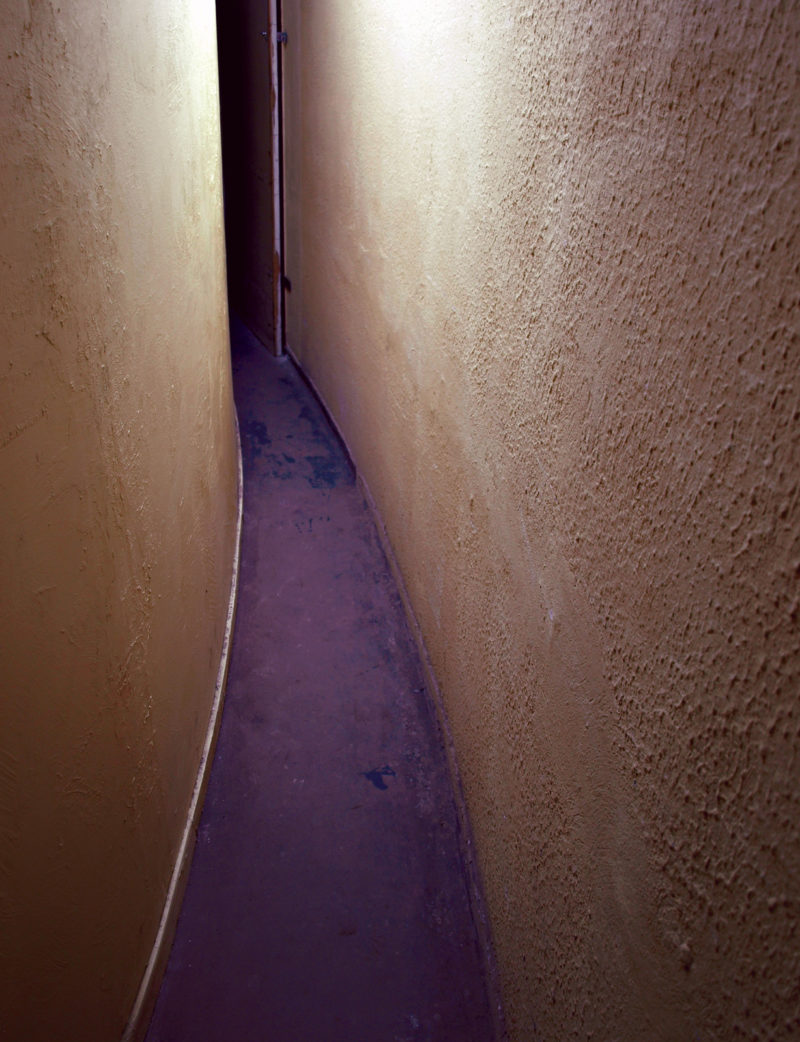