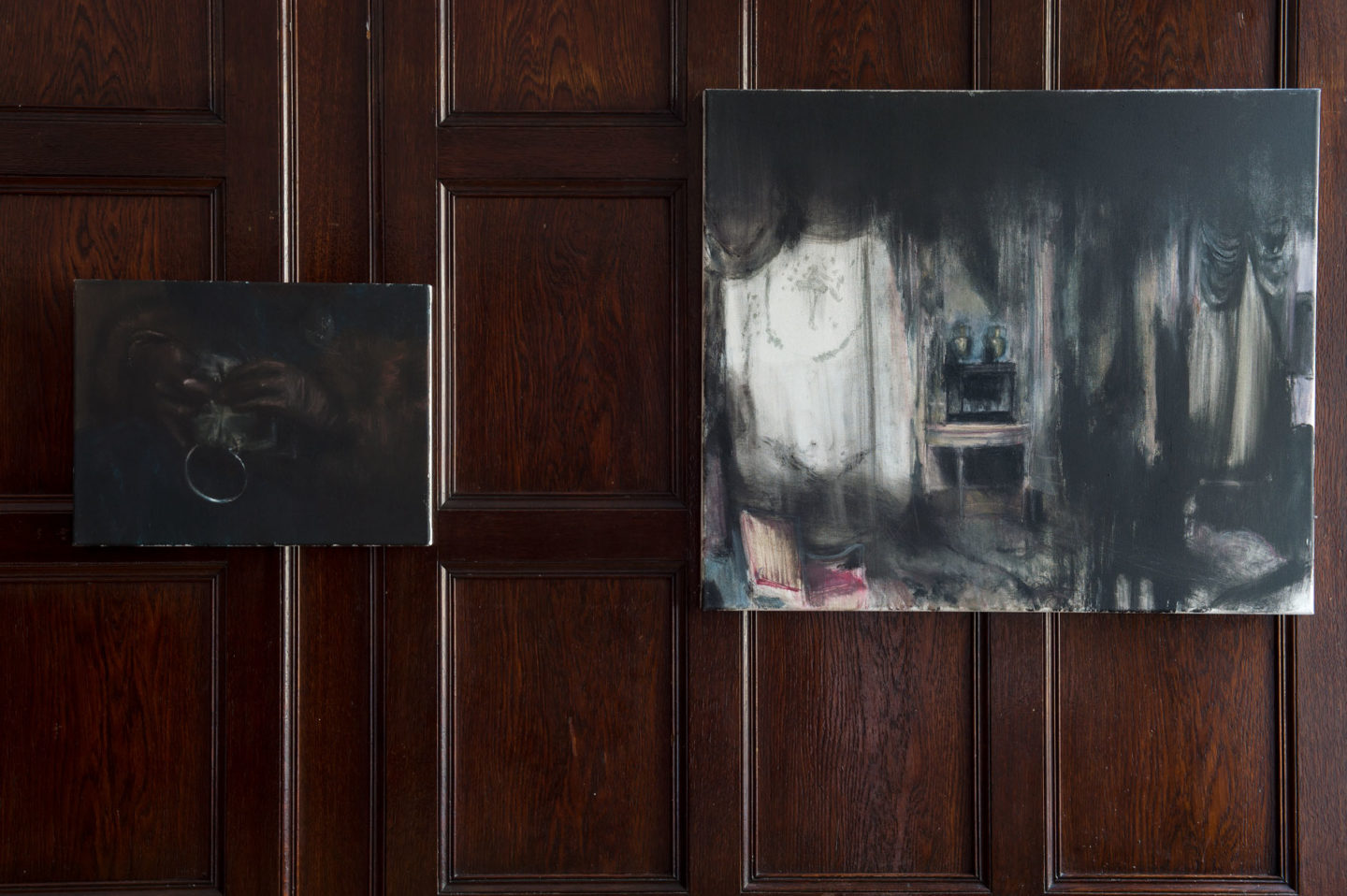 Imperfect, crippled, besmeared splendour. Light lazily oozing in through the threadbare curtains shamefully reveals mustiness and nakedness. Blackened relics of the past – the shining French polish, the noble matt velvet – still bear the hallmarks of aristocratic prodigality. Łukasz Stokłosa’s paintings depict the interiors of old European aristocratic seats – empty drawing rooms, dust-covered bedrooms, dining rooms abandoned by their former users. They are displayed in an interior that acts as silent testimony to similar transformations – the old study of Gideon von Wallenberg-Pachaly. By bringing back the non-existing atmosphere of the life of European aristocrats, the artist resurrects the ambience of this peculiar architectural space, of rooms connected by a winding staircase with a balustrade, full of mirrors, candelabras and splendid furniture. The corpses of palace rooms become the victims of social transformations. Towards the end of G.T. di Lampedusa’s The Leopard, a book that extols the slow collapse of aristocracy, the following description can be found: “This was one of those rooms which have two faces, one with a mask that they show to ignorant visitors, the other which is only revealed to those in the know, the owner in particular, to whom all its squalid essence is manifest.” 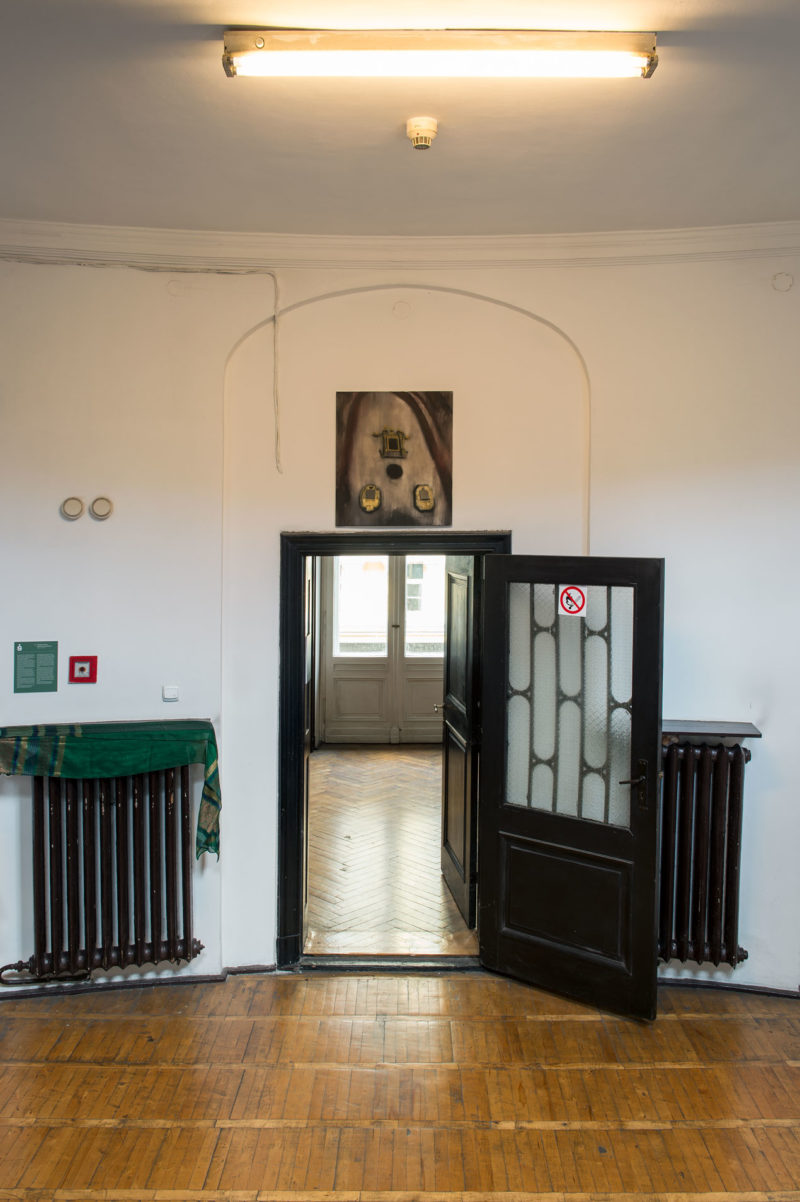 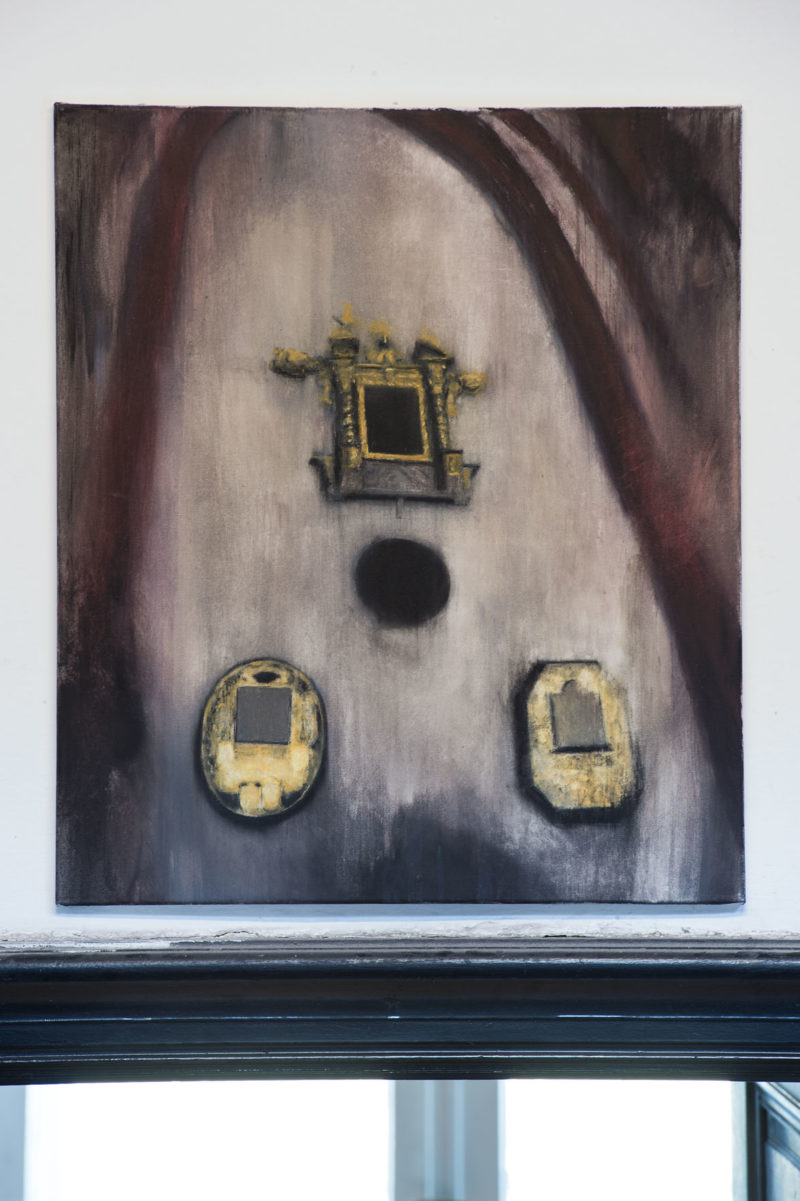 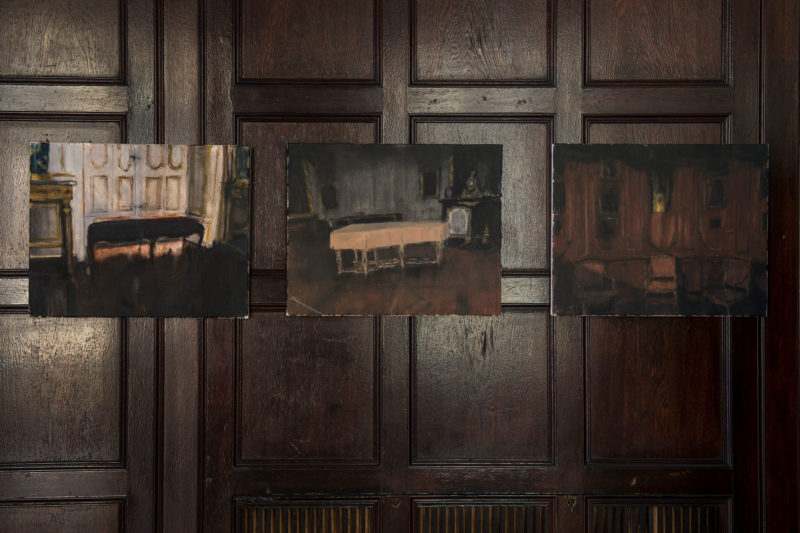 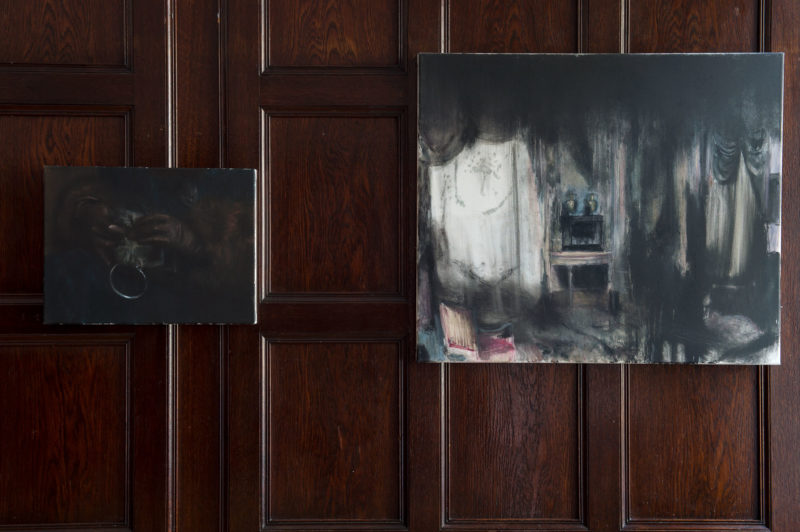 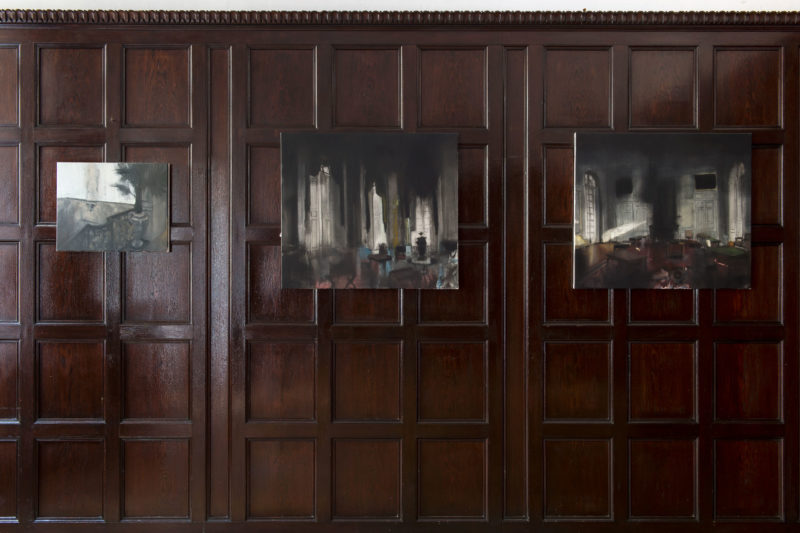 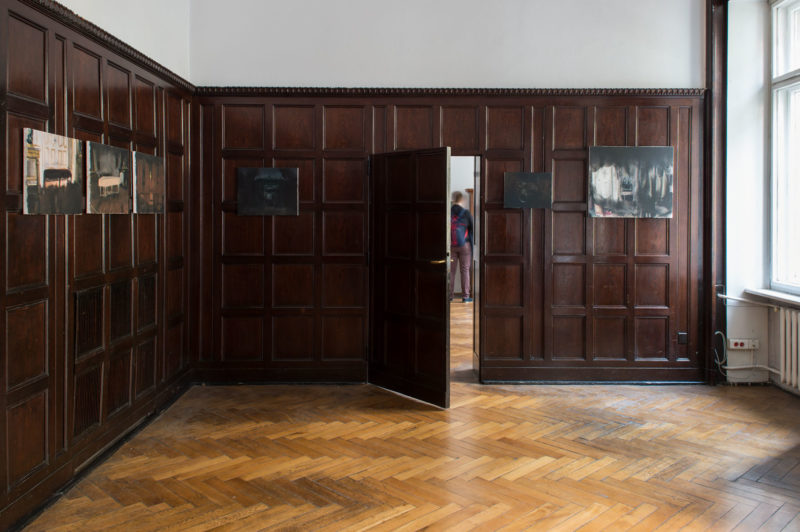 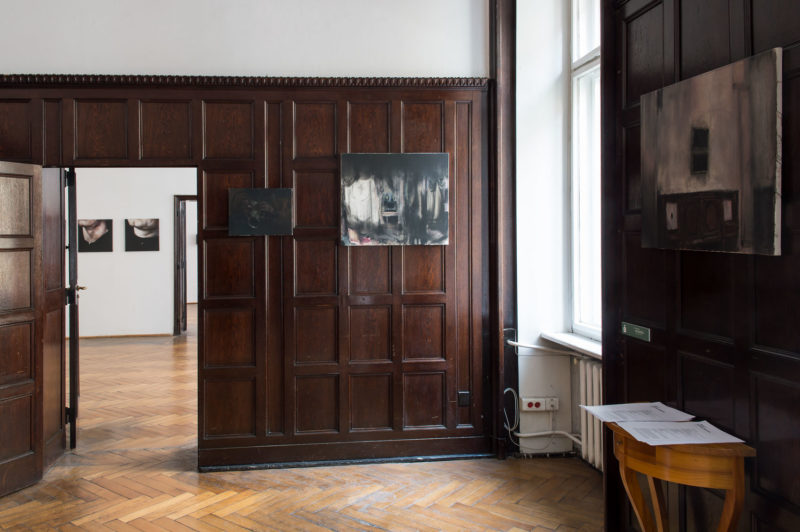 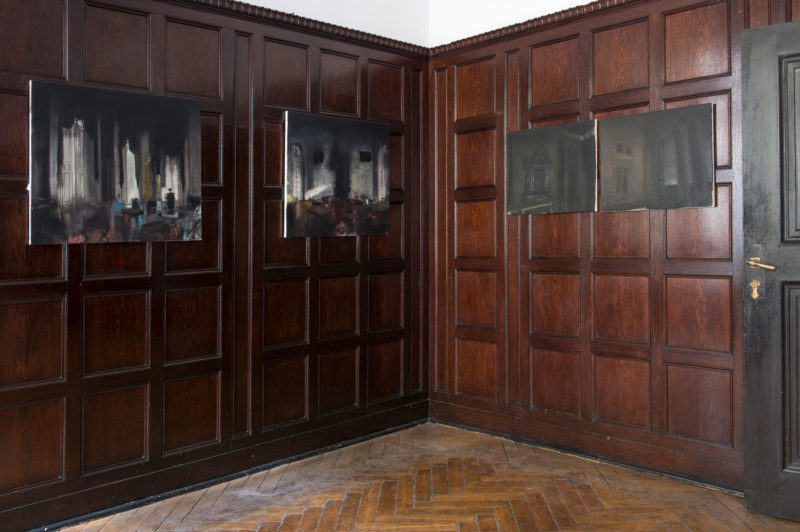 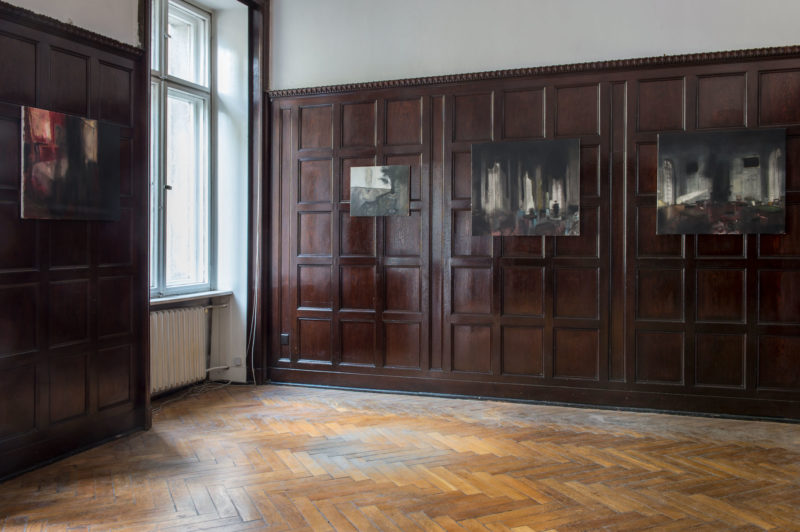