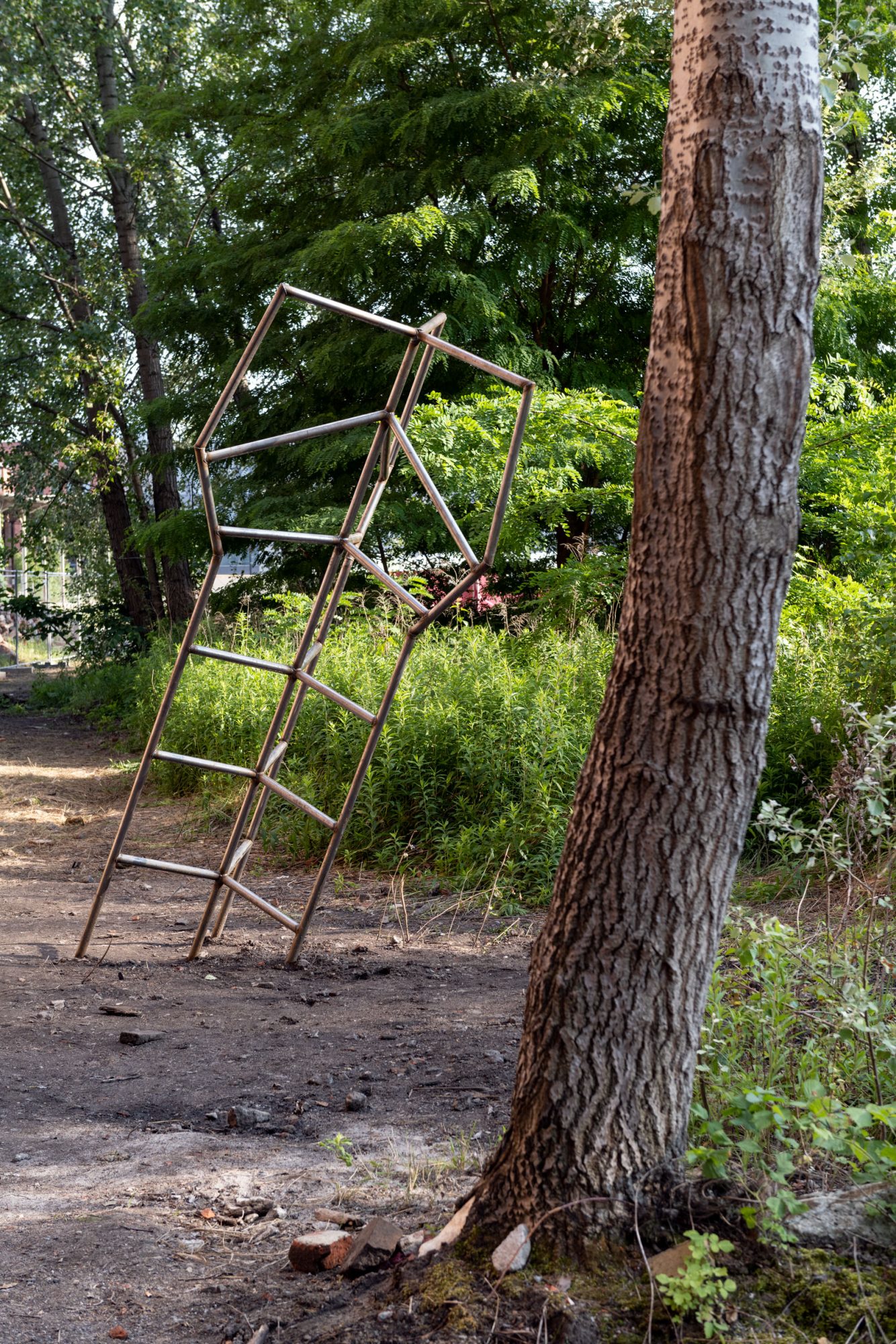 The form of the work refers to children’s playgrounds from the Cold War period. In the wake of the Soviet space programme, simple structures – rocket-like ladders – became ubiquitous throughout the Eastern Bloc. They enabled the youngest users to give vent to their imagination and pretend to be cosmonauts – conquerors of space. Soviet cosmonauts were depicted almost as superheroes who could ascend to the stars. In the collective imagination, they personified courage, power of intellect and determination that also used to characterise the discoverers of new lands. We are currently witnessing the second wave of fascination with space travel. Nowadays, however, we are filled with admiration for a technology that promises commercial space flights. Regular reports of successful test flights, the new generations of space shuttles and rockets, continue to ignite our collective imagination. But high hopes connected with the conquest of space have a dark side, too. Many perceive it as a prelude to abandoning a sinking ship – the Earth, which is consumed by environmental problems and a humanitarian crisis. Perhaps future generations will be forced to leave our planet due to climate disasters? But what will happen to those left behind, unable for some reason to embark on this journey for a better future? The installation also makes a symbolic reference to the history of the venue. It was here, at the Linke-Hofmann Werke plant, that components for V2 missiles, considered to be the prototypes of passenger rockets, were manufactured in the final months of the Second World War. 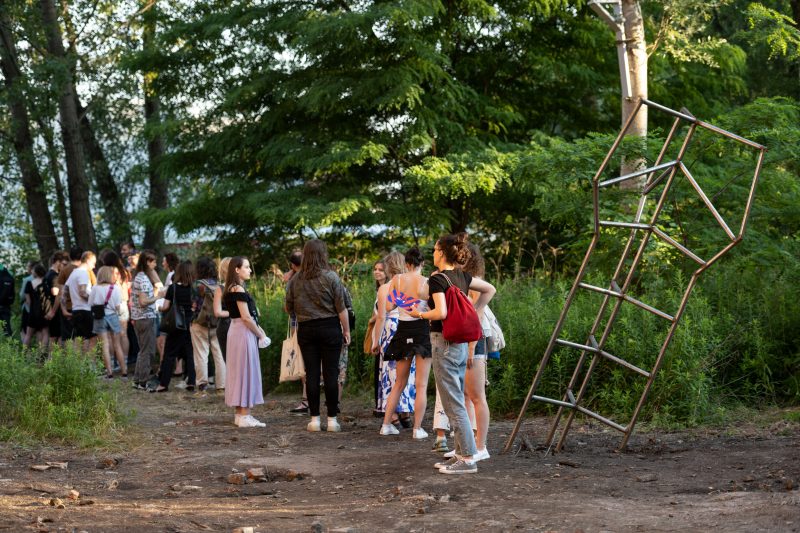 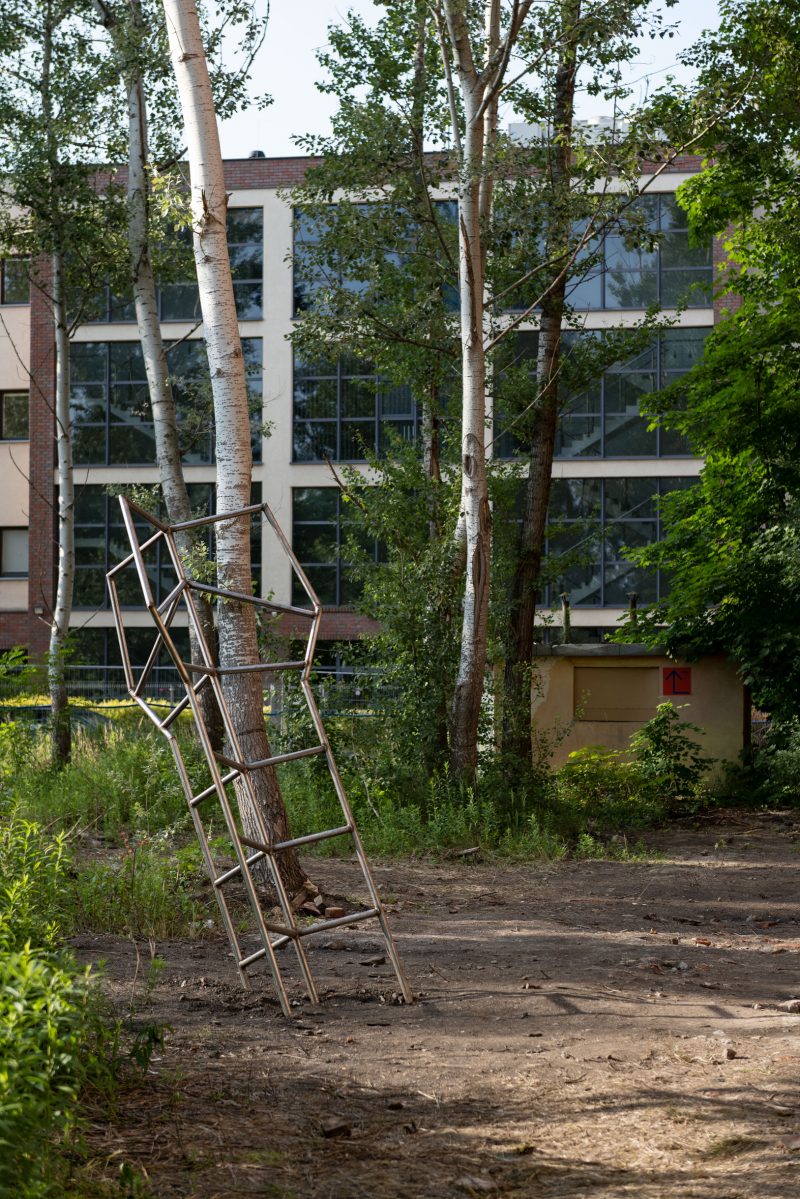 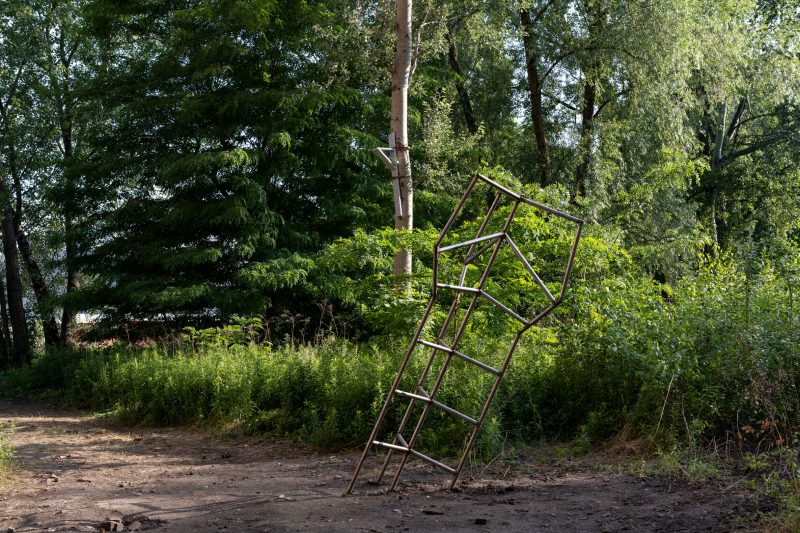