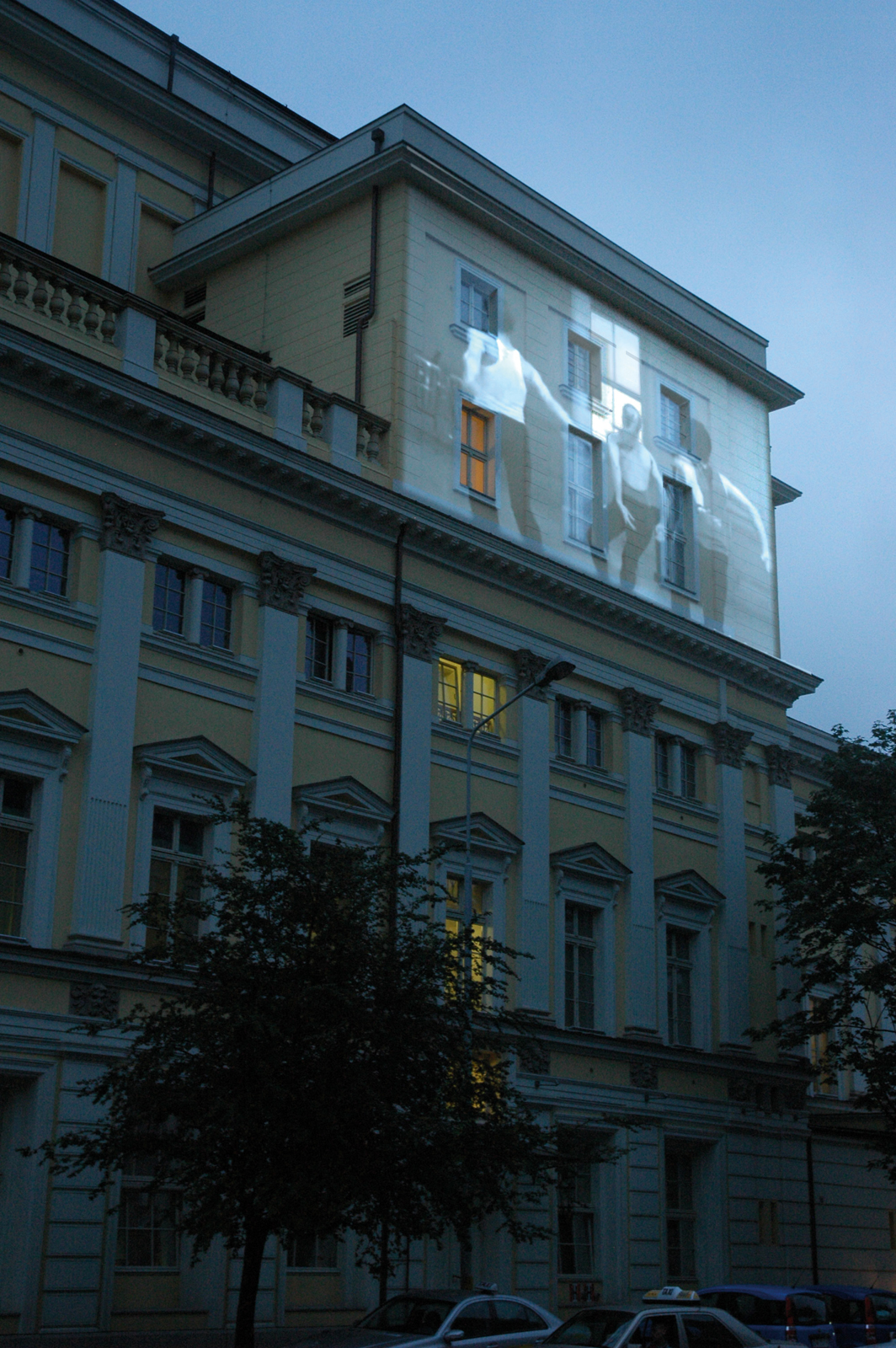 An attempt is preparation, successful attempt means you are ready – mature enough to take up challenges, face yourself, the world surrounding you and the spectre of the so-called ‘complete breakdown’. The scene from a ballet rehearsal shows pain which results from rejection and humiliation, which often lead to the destruction of the buffer protecting against an attack of nerves. ‘Real maturity’ is the ability to take risk and the willingness to accept pain which accompanies internal challenges. ‘Willingness’ is a video about the lack of willingness and gaining it laborously. The projection ‘opened’ the opera walls which hide the everyday pains of rehearsals.
Dy T.