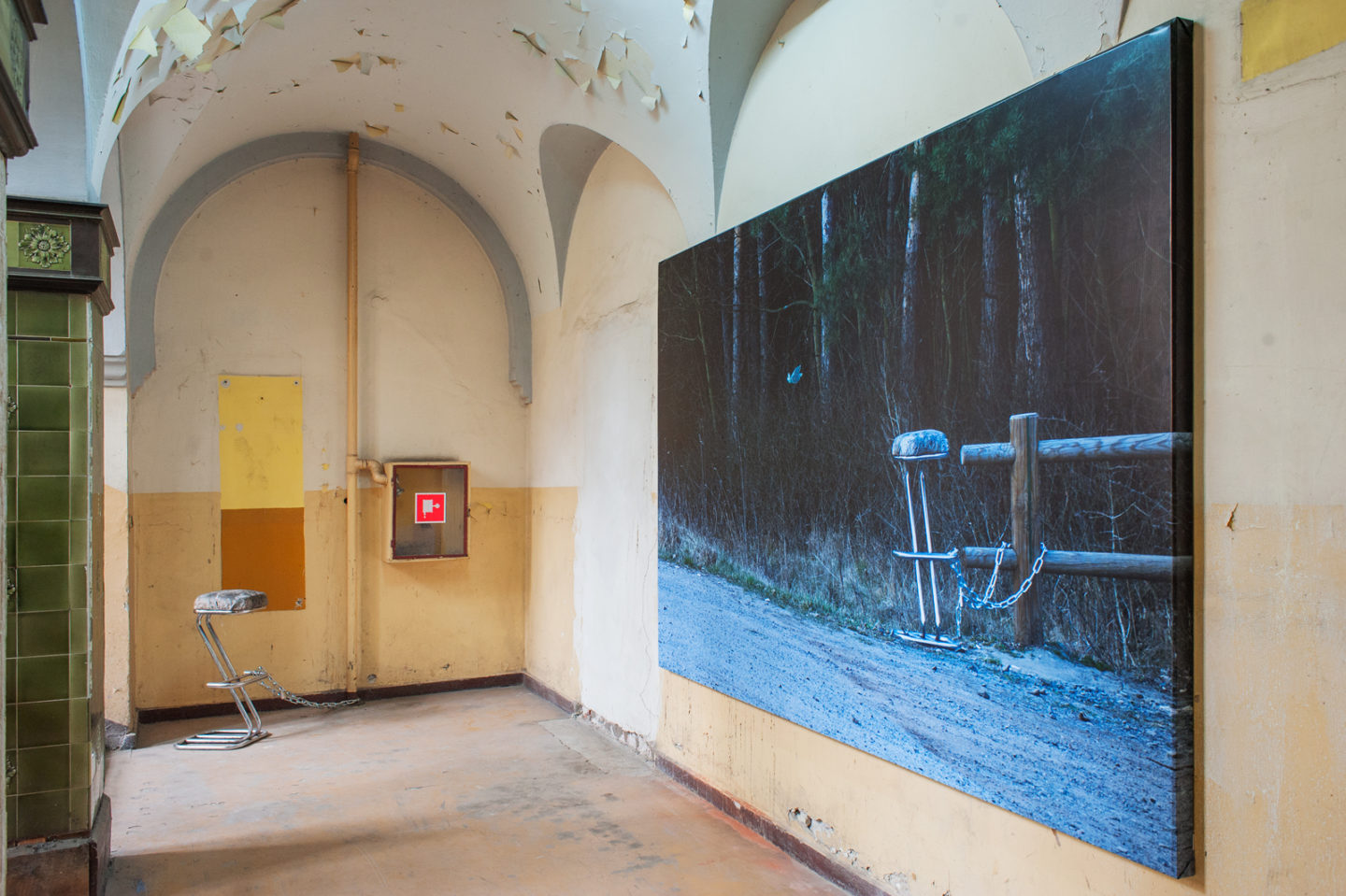 Katarzyna Malejka’s installation reconstructs a real situation observed while travelling by car along national road no. 10. The photograph shows a bar stool chained to a fence by the road. This seemingly irrational situation has a simple solution – it makes prostitutes’ work easier.
In Poland, prostitution is legal, but it is connected with a number of “prohibited acts,” such as procuration, pimping and pandering. The characteristic stool, which was taken from a nightclub, serves the role of a display stand that tempts by “highlighting” a woman’s body.
Thus the stool ceases to be any ordinary piece of furniture and reveals its peculiar identity. This relationship between the object and a human being, as well as the chain visible in the photograph, uncovers a number of consequences and threats connected with using paid sexual services. The chain, which is probably intended to protect the stool against theft, becomes an obvious symbol of enslaving. 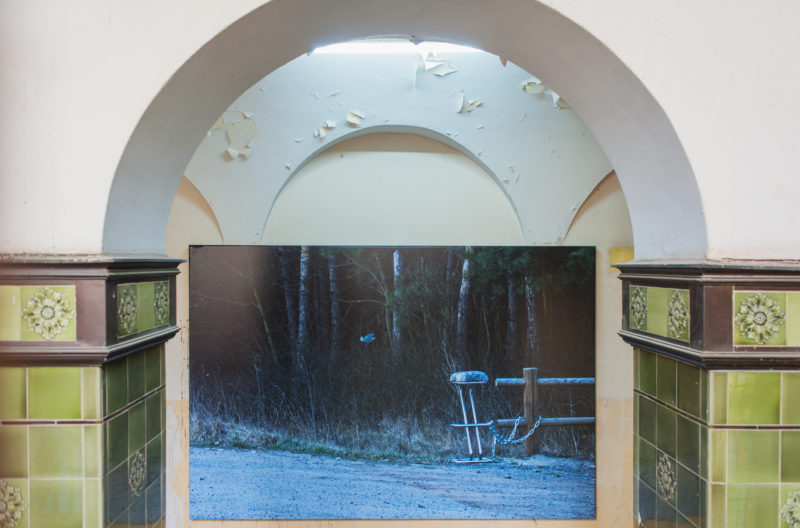 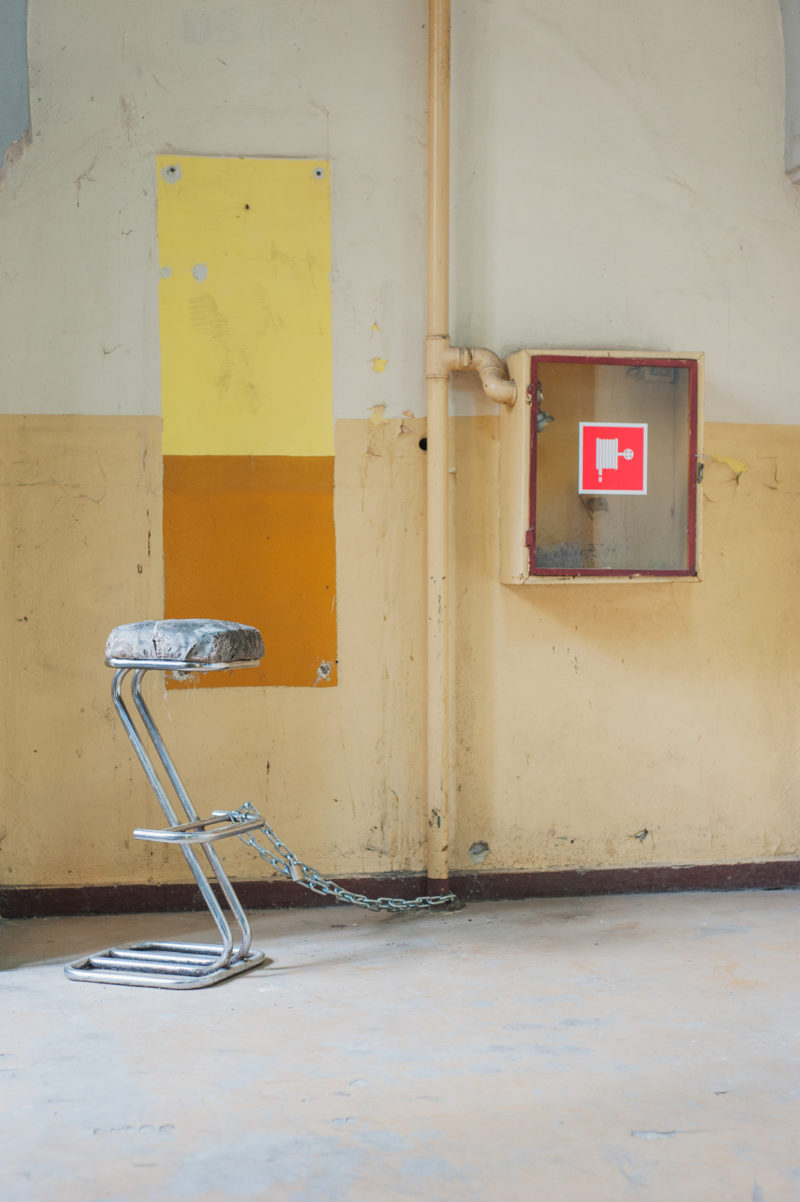