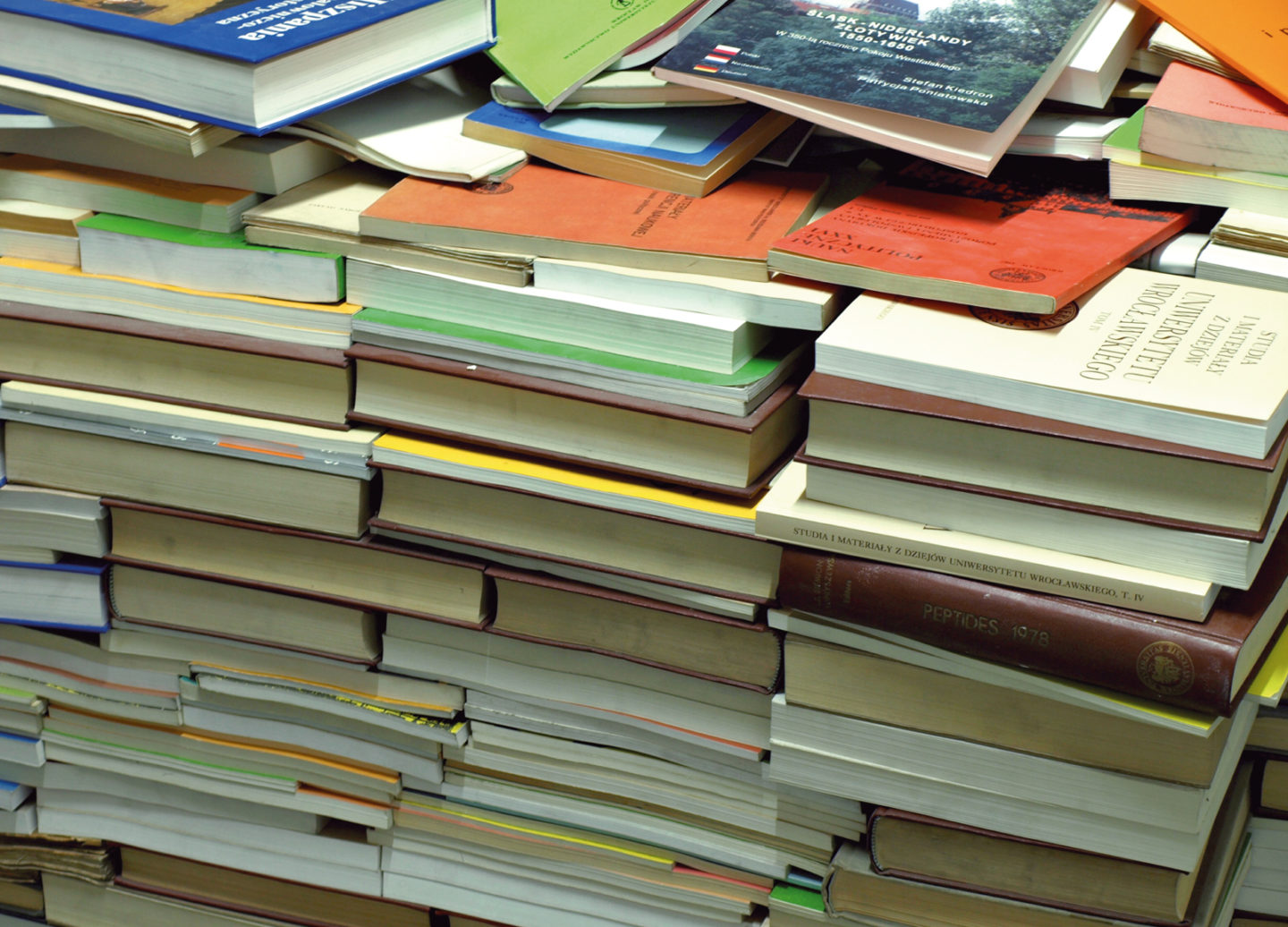 Szymon Kobylarz, in a somewhat absurd gesture, built another shelter inside the Strzegomski Bunker – but it was a peculiar ‘building’ because it was made of books. The artist’s inspiration was American publications from the Cold War era which instructed the reader how to construct protection in the home in case of a nuclear strike. It turned out that books were the most useful material. Kobylarz’s shelter was a scrupulous step-by-step implementation of one of such instructions and it looked surprisingly stable (even though it did not make it until the end of the Review because of some visitors’ interest in particular titles). The installation was accompanied by a drawing which imitated an artefact found in the building – dusted, in a cracked frame propped against the wall. It showed a man building the book shelter and it was a graphic version of the instruction used by the artist to create this exceptional work. 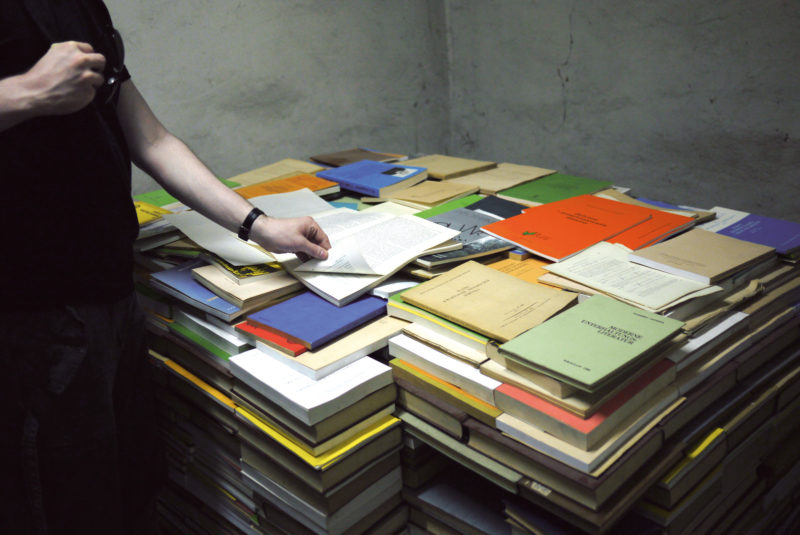 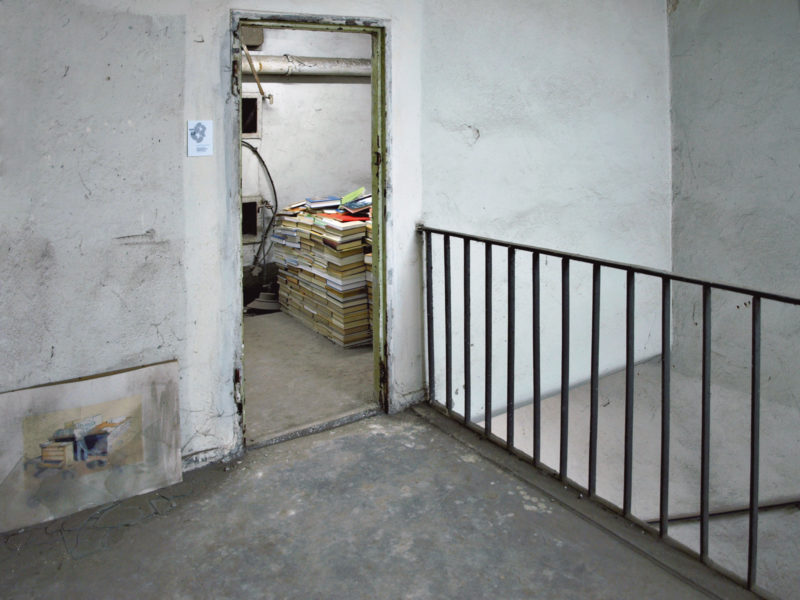 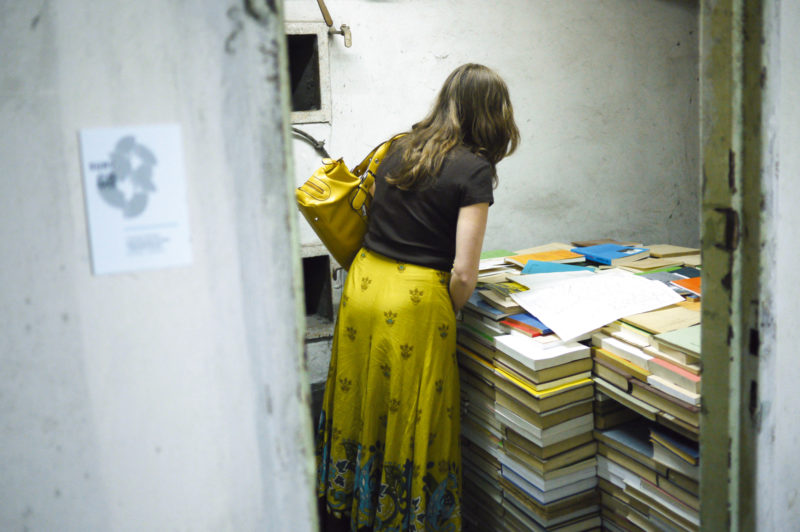