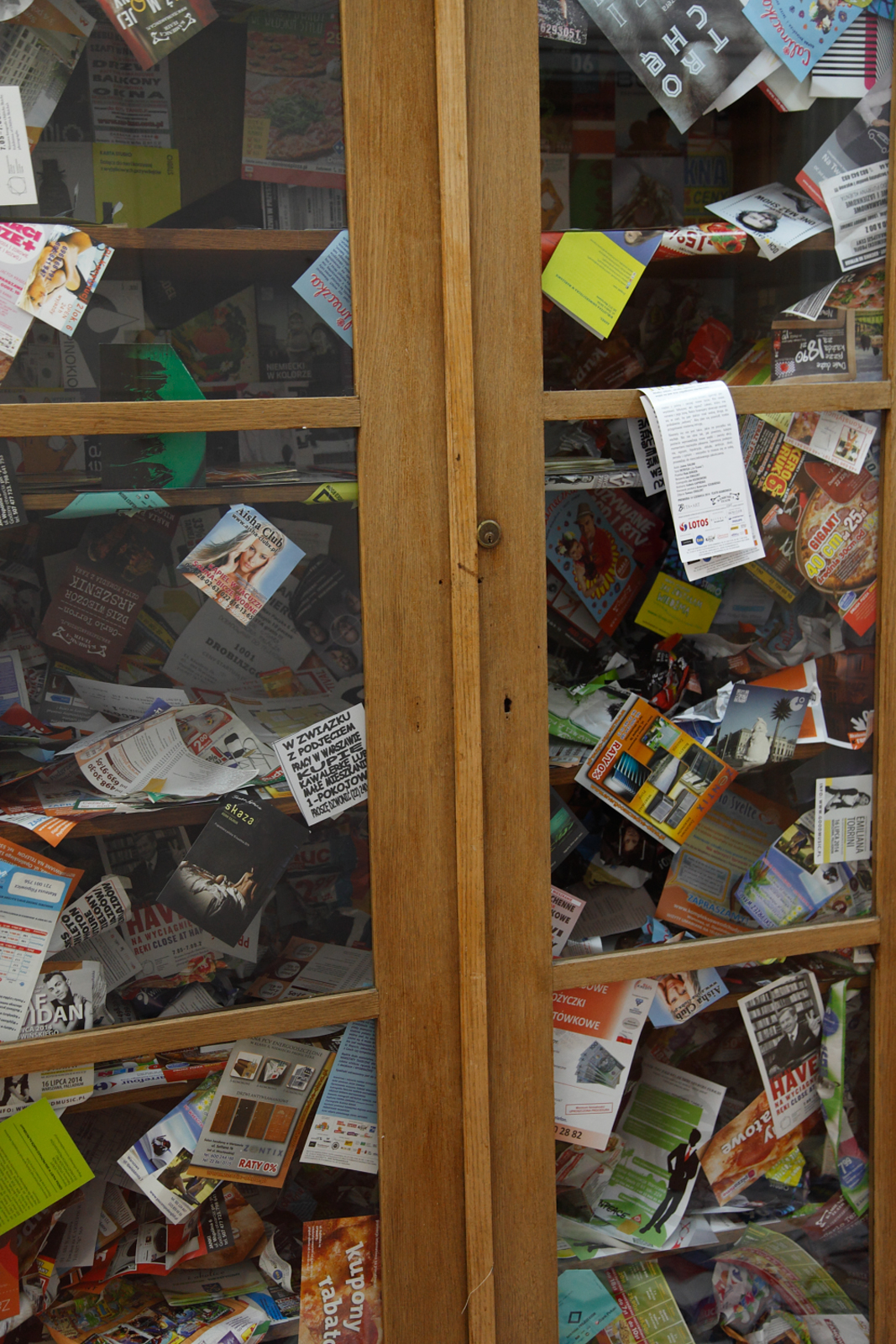 Alongside the city, writing is one of the most characteristic products of human civilization. Writing and print, originally conceived of as an extension of memory, have begun to fulfil other roles as well. This form of reproducing thoughts, originally highly exclusive and intended for important matters, has today become a ubiquitous and cheap advertising medium that carries all sorts of messages. Kozera presented an installation in the form of closets filled with printed matter. Bursting with all sorts of leaflets, ads and promotional materials, the work emphasised the overproduction and degradation of the medium. Scattered brochures and old newspapers are increasingly becoming an aesthetic problem in cities. Apart from its critical dimension, a certain sentimental aspect was detectable. Amongst the printed rubbish we could catch a glimpse of a totally different kind of ‘waste.’ Old albums, often beautifully and laboriously edited to commemorate special occasions, can also be found in dumpsters. As the technology and preferences change, as new generations come, they are often removed from the flats and only the most sharp-eyed passers-by will appreciate their bygone publishing craft. 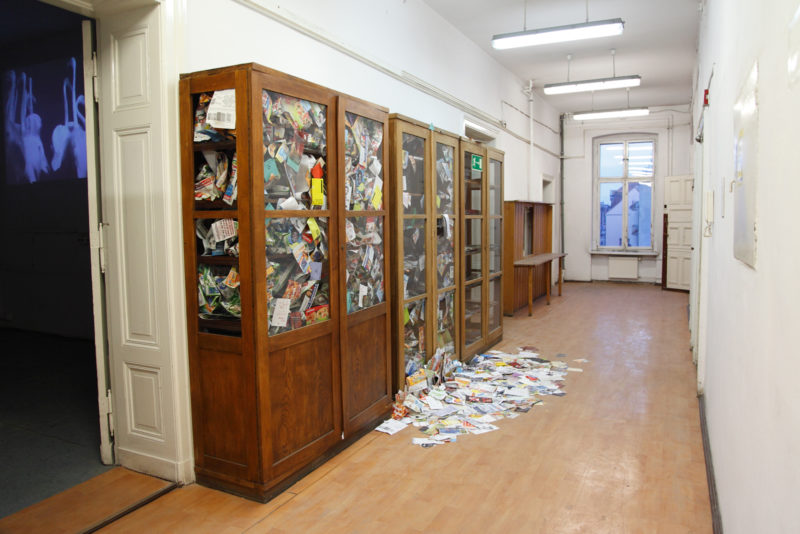 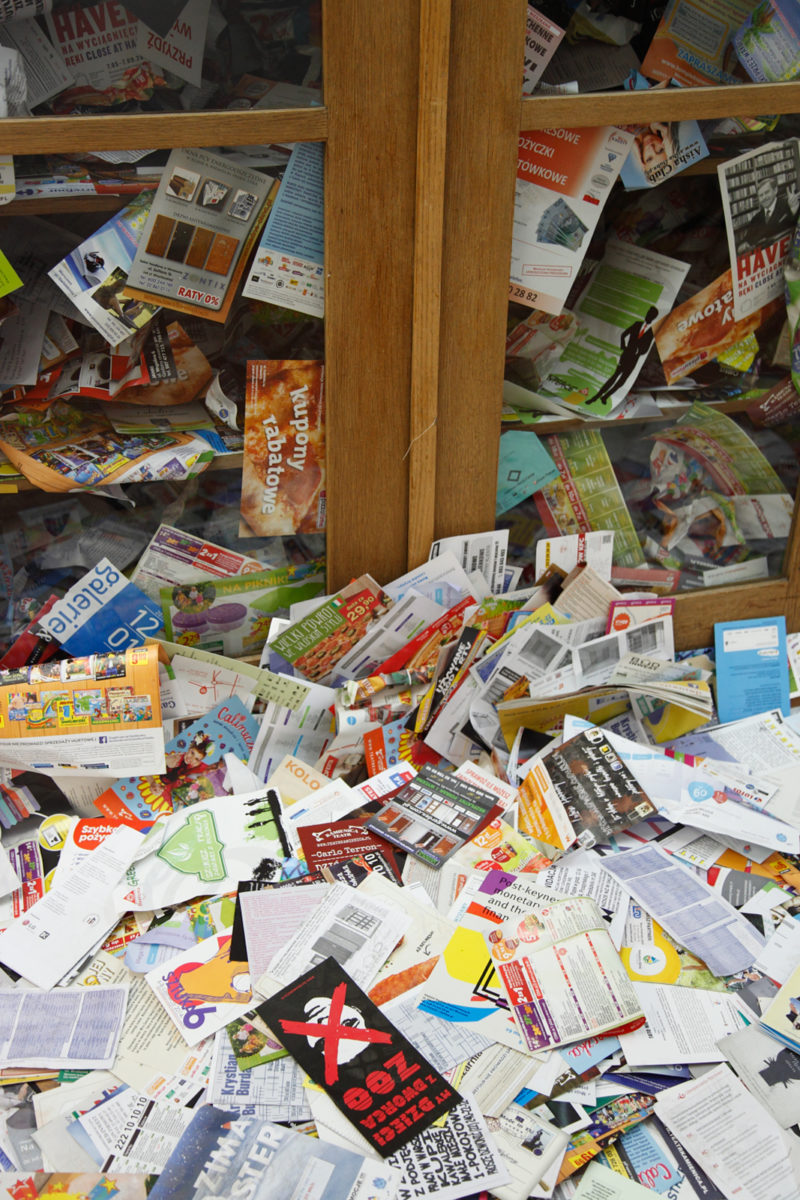 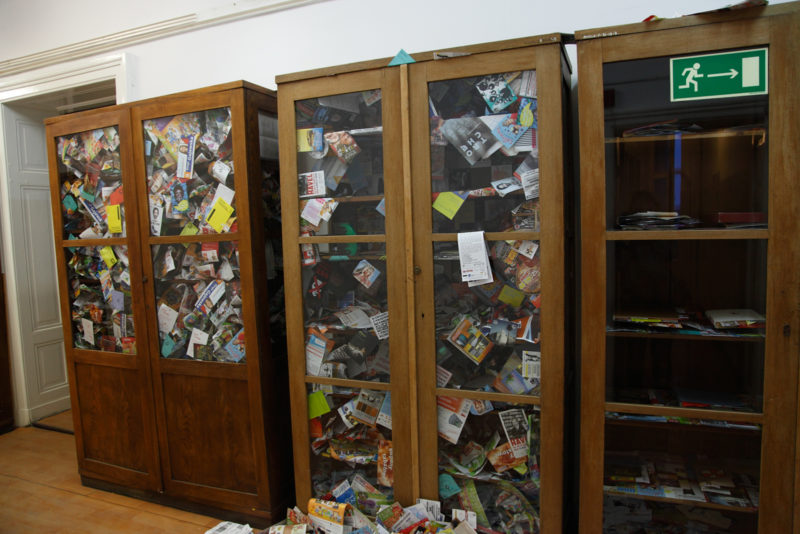 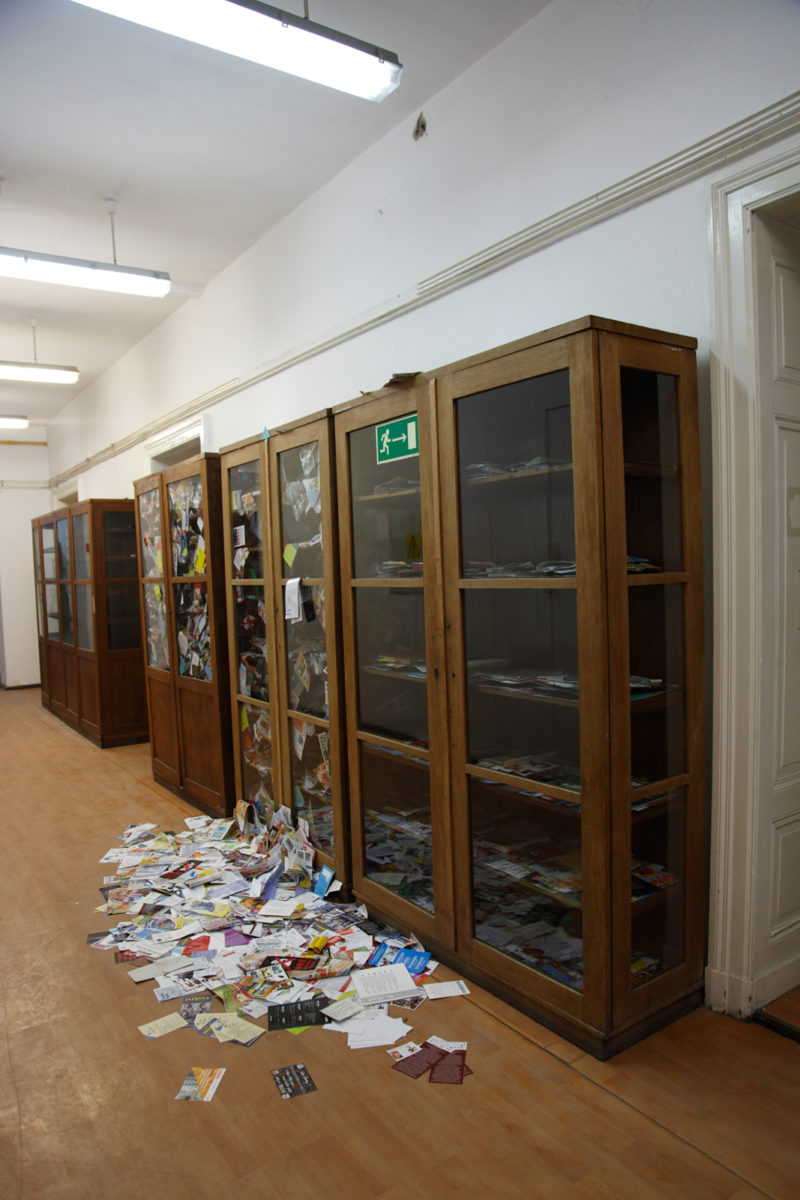