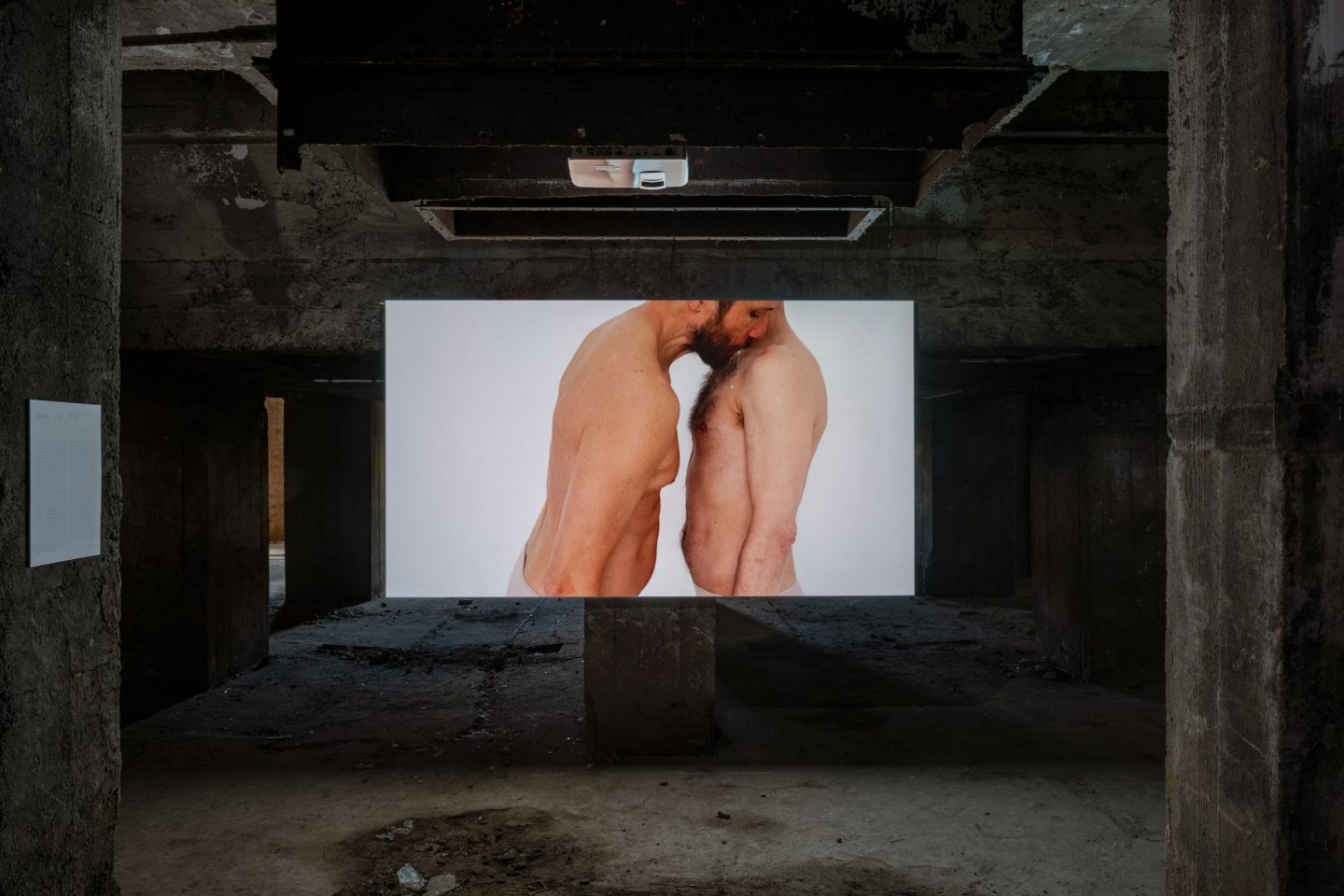 Created by two Polish artists with personal ties to the Netherlands and Poland, the project led to a critical reflection on the political and social situation in both countries during the lockdown. Being forced to remain in one place for a long time highlighted pre-existing problems, prompting them to imagine the utopia of an “ideal country” in which they would like to live and work. According to Jaźnicki and Kamiński, this country is a society that provides so much internal strength that even an insult loses all significance, no longer causing pain or humiliation. The artists’ video uses the gesture of spitting borrowed from homoerotic films. This activity, perceived by many as repulsive and degrading, becomes part of a game. Spitting assumes a new meaning – the insult is welcome and ceases to be abusive. The film records the slow process of the performers’ physical experience of, and reaction to, the act of spitting on another person and accepting the sputum on their own body. This gesture, based on the tension between eroticism and humiliation, evokes social mechanisms of exclusion and ways of resisting alienation from the community. The question of whether the act of spitting can be a neutral, ordinary physical gesture, without the meaning attributed to it by society, concerns the possibility of transgressing the dominant, common patterns of thinking and the very perception of a positive alternative action of states and communities. 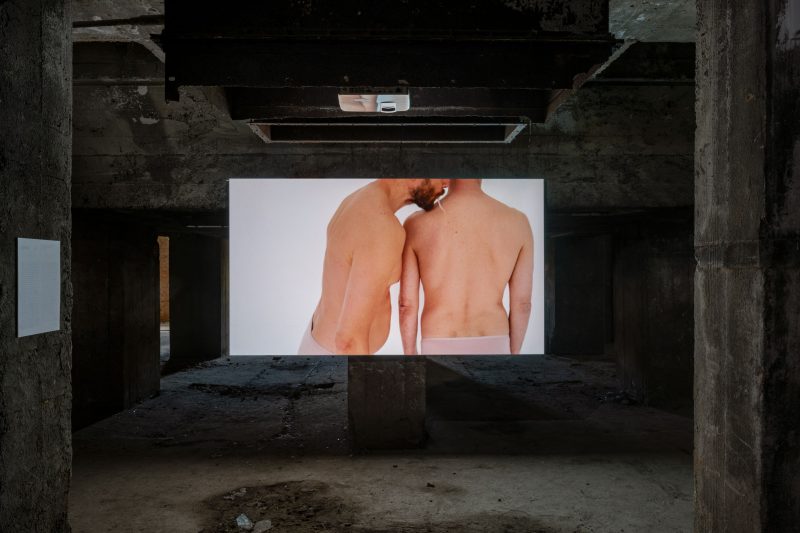